The year that electronic vehicles became widely used is 2022. Although not everyone owns one, becoming an EV owner no longer makes you unique. We can confidently say that the EV industry has started to take shape, driven by government policy initiatives and billions of dollars in investment from automakers.

Beyond the initial outlines of 2022, that landscape will change over the following year. Here are a few of our best predictions for what to anticipate.

EVs made in the United States will compete for sales in the first quarter.
As automakers work to onshore their supply chains and factories, the Inflation Reduction Act, which the Biden administration passed in August, has already had a significant impact on the EV industry. But now that some IRA EV tax credit regulations will not go into effect until March 2023, we anticipate a significant increase in EV sales in the first quarter of the year.

If an eligible EV complies with the bill’s requirements for being built in North America and obtaining essential battery components from the United States or other free trade agreement nations, they may be eligible for a $7,500 tax credit.

The Treasury Department has postponed providing guidance on the critical materials rule until March, despite the fact that those regulations were supposed to take effect on January 1, 2023. Additionally, it’s a good thing. While automakers rushed to open factories in the United States in 2022, the majority of essential materials still come from China, so it will take some time (likely years) for them to establish new supply chains.

Due to the delay, a wide range of vehicles made in North America will now be qualified for the full refund, at least during the first three months of the year. The two companies that stand to gain the most from the new year’s elimination of the sales caps imposed by the previous EV tax incentives are likely to be Tesla and General Motors. However, there are other automakers with a lineup of NA-built EVs that are prepared to benefit, including Ford, Nissan, Rivian, and Volkswagen.

Who would you expect to dominate the electric vehicle market in 2022? Tesla’s Model S, Y, and 3, Chevrolet’s Bolt, and Ford’s Mustang Mach-E. Nearly every automaker, whether a startup or a legacy OEM, unveiled a number of impressive EVs for the 2023 market, ranging from the Alfa Romeo Tonale to the Indi One, in the background. However, the majority of them were created with the luxury consumer in mind. We’ll see even more new models released in the upcoming year that are considerably more reasonably priced.

Additionally, as new factories come online, anticipate a rise in the number of new EVs available on the market. Up to 400 new models could be produced by established automakers and EV startups by 2023, according to McKinsey.

Shahar Bin-Nun, CEO of Tactile Mobility, an AV sensor tech company, believes that all the new models that will be released will compete with Tesla for market share. According to Bin-Nun, he anticipated that Tesla would continue to dominate the U.S. EV market in 2023, but that Ford, Hyundai, and Kia would be close behind as they expanded their product lines and manufacturing capabilities.

Additionally, we can anticipate a gradual increase in the market for used EVs in 2023, which will make it much simpler for those who are extremely wealthy to afford one.

The software-defined car is going to really catch on.

Throughout 2022, every automaker has been discussing the “software-defined vehicle” as a concept that is inextricably linked to the electric vehicle. We’ll really have a chance to find out what that means in 2023. 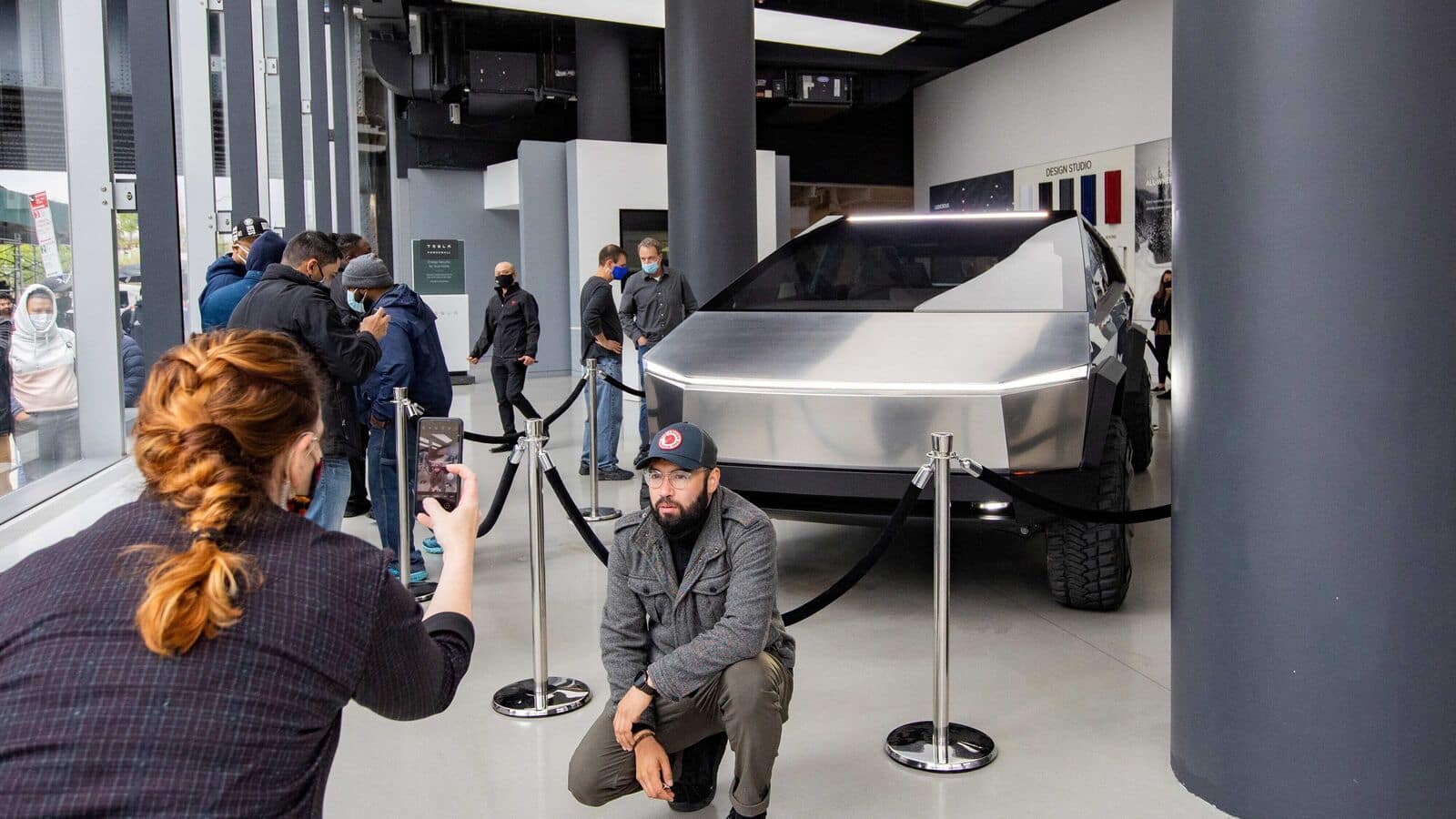 For instance, General Motors will introduce Ultifi early in the following year. This end-to-end platform for vehicle software promises OTA software updates, cloud connectivity, and vehicle-to-everything communication. Ultifi will be the location where drivers can buy apps, services, and features; it’s an illustration of how automakers are trying harder and harder to tailor vehicles to the needs of the individual.

According to Will White, co-founder of Mapbox, a provider of online maps, this personalization will probably result in an increase in subscription-based services in the car.

In-car payments, where customers keep a credit card on file in their app to pay for all automotive-related expenses, will continue to be in high demand, according to White.

In 2023, automakers will also rely on Nvidia’s recently upgraded Omniverse platform, which has the potential to revolutionise everything from vehicle design to the life cycle of an automobile. In order to simulate everything from software upgrades inside the vehicle to crash tests to factory efficiencies, automakers will increasingly create digital twins of both their vehicles and their production facilities using technology like this.

We’ll have to get used to saying Level 2+ ADAS, I suppose.

In 2023, automakers will invest significantly more in the development of Level 2+ and Level 3 autonomous systems, which are essentially excellent advanced driver assistance systems. According to White, these systems will be taken for granted in high-trim models.

The Autopilot and so-called “Full Self-Driving” software from Tesla will undoubtedly continue to receive new features. However, other automakers will release their own lines of impressive technology that will handle an increasing number of automated driving tasks.

Argo AI, a manufacturer of autonomous vehicles, shut down earlier this year as a result of Ford and Volkswagen withdrawing their investments. The two automakers essentially split the IP and declared their commitment to pursuing short-term gains like L2+ and L3 systems. RJ Scaringe, the founder of Rivian, also stated that his business will concentrate on perfecting its own ADAS.

In the meantime, XPeng is releasing the G9 SUV in China with its XNGP software, which the company refers to as a “full scenario” ADAS that will automate tasks related to city driving, highway driving, and parking.

More money should be spent on charging properly.

J.D. Power analysts predict that EV market share in the U.S. will increase to 12% from its current 7% level by 2019. That market share actually appears to be closer to 20% when the focus is reduced to consumers who actually have access to EVs.

Whatever the figure, the fact remains that there will be millions more EVs on American roads in 2019. That implies that all supporting services required to keep them operating will have to step up.

Government, utility, and private companies are expected to invest in charging infrastructure, energy storage, and energy transmission in 2023. Building more EV chargers is an important part of making the transition to EVs smooth, but it’s not the only thing that needs to be done. Next year, maintaining chargers will also be given priority. The availability of public charging stations is still a problem, according to a separate J.D. Power study from earlier this year, and frequently when you do find one, it’s broken. We anticipate there will be technology, either from new entrants or established EV charge players, that facilitates managing charger maintenance, servicing, and upgrades.

In the same vein, throughout the entire year 2022, we keep running into startups or utilities complaining that the electrical grid won’t be able to support all of the electric cars that will be on the road by 2023. They’re most likely correct. So we anticipate more vehicle-to-grid software to be introduced alongside energy management infrastructure.

In 2022, there were a few pilots, many of which were concentrated on home V2G technology. One car that has pledged to be able to power your home in the event of an outage is Ford’s F-150 Lightning pickup truck. But as more fleets switch to electric vehicles, we anticipate seeing those pilots implemented on a larger scale in commercial settings.

Increased use of EV fleets

As they attempt to meet whatever carbon emission targets they have set for themselves, we have already seen a significant number of fleet operators start to adopt EVs in 2022. To achieve its goal of having 25% of its fleet electric by the end of 2024, Hertz, for instance, plans to purchase 65,000 Polestar vehicles, 100,000 Tesla vehicles, and 175,000 General Motors vehicles over the next couple of years. Those purchases will only increase in 2023, especially as commercial EV manufacturers start up their production lines.

For instance, GM’s BrightDrop recently opened its CAMI Assembly facility in Ontario, which will make up 50,000 of its Zevo delivery vans by 2025. More than 25,000 reservations from clients like DHL and FedEx, which are pursuing net-zero objectives, have already been made with BrightDrop.

In order to ramp up production of its Lifestyle Delivery Vehicle and bring those EVs to market for devoted customers like NASA and Walmart next year, Canoo, another commercial EV company, plans to purchase an automobile manufacturing facility in Oklahoma City.

India's space tech ecosystem climbs to new heights in 2022 and anticipates investment of over $300 million in 2023.