New Zealand- While many have praised the Bill as a creative and daring step to reduce tobacco use, others have criticised it for its numerous untested provisions and “nanny state” philosophy. We clarify.

The New Zealand Parliament on Tuesday approved a bill that will gradually raise the age at which a person can purchase tobacco products, with the ultimate goal of outlawing smoking altogether.

It also imposes additional limitations on tobacco products, including caps on the number of stores that may sell them and the permitted levels of nicotine in cigarettes and other consumables.

While many have praised the Bill as a creative and daring step to reduce tobacco use, others have criticised it for its numerous untested provisions and “nanny state” philosophy. It starts to take effect in 2023.

Anyone born after 2008 is not permitted to purchase tobacco due to the Smokefree Environments and also Regulated Products (Smoked Tobacco) Amendment Bill. The penalty for breaking the rule is up to $150,000 New Zealand dollars (Rs 79 lakh approximately).

Thus, the Bill reduces the amount of nicotine permitted in such products and limits the number of shops permitted to sell smoked tobacco products in the nation from 6,000 at present to 600.

Ayesha Verrall, the health minister for New Zealand, was quoted by The Guardian as saying at the time the law was first introduced in July, “For decades we have allowed all tobacco companies to maintain their market share by making their current deadly product more and more addictive.

It is both revolting and strange. In this country, there are more restrictions on the sale of sandwiches that are safe than there are on cigarettes. Selling or supplying smoked tobacco products to new cohorts of youth will be illegal as we want to ensure that they never start smoking. 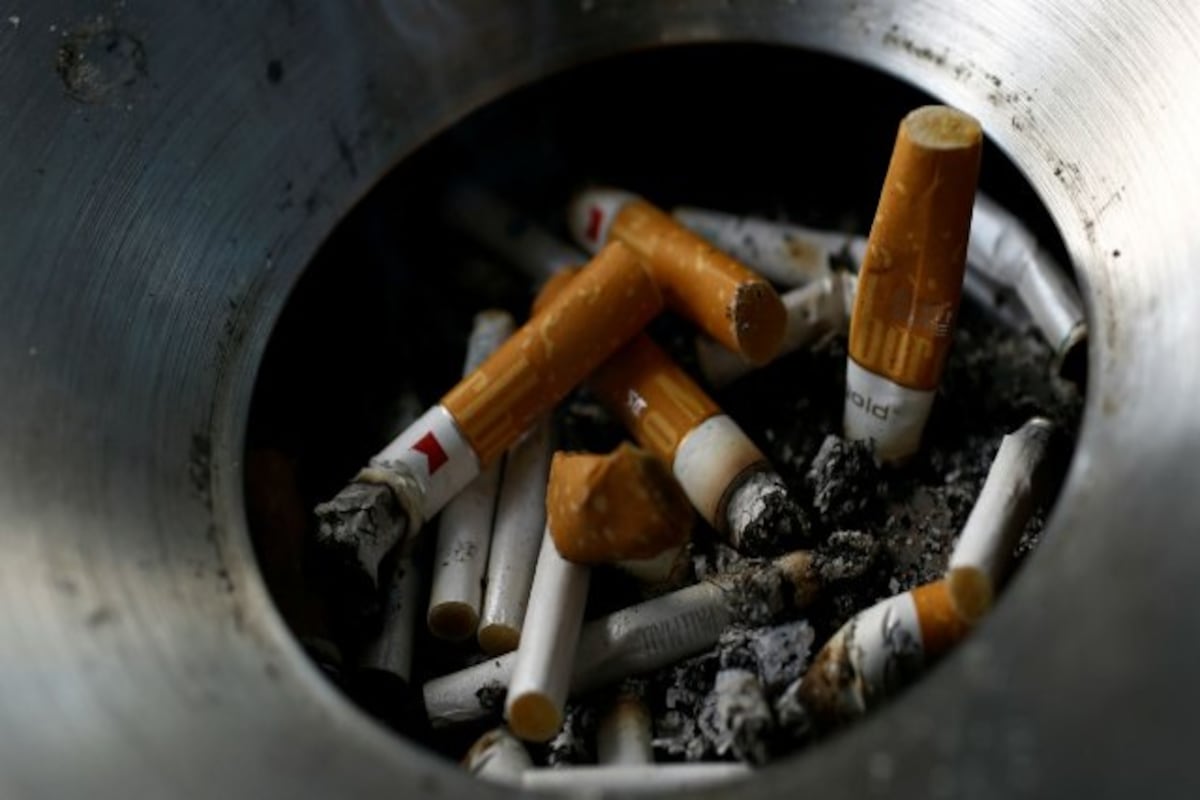 The strict restrictions on the sale of tobacco products have drawn criticism because they risk driving the market underground.

According to Reuters, the ten-seat Parliament majority party ACT New Zealand claimed that the law would drive out small businesses and push people onto the black market.

Nobody likes to see people smoke, but some people will do it. And Labour’s nanny state ban will create issues, according to Deputy Leader Brooke van Velden, who was quoted by Reuters.

Another issue was brought up in July by Matt Doocey, a member of the opposition national party. Doocey was quoted by The Guardian as saying, “Most of the measures being considered have not yet been widely implemented internationally, and also in some cases, New Zealand would be the very first in the world to implement them. I don’t mind that New Zealand will be the first in the current world, he said, but there was “significant uncertainty in the outcomes” due to the policy’s lack of experience.

Vaping, which is becoming more popular in New Zealand, is also not prohibited by the law.

New Zealand already has a very low smoking rate, but there are differences between communities.

In 2021/22, 8.0% of adults smoked every day, down from 9.4% the year before and 16.4% in 2011/12, according to a government health survey released in November of this year. With the exception of Pacific people, smoking rates have decreased across the board, but significant disparities still exist.

For instance, Mori (19.9%), Pacific (18.2%), and European/Other (7.2%) had the highest daily smoking rates. By socioeconomic status, smoking inequality is most pronounced. Adults in the most deprived areas are 4.3 times more likely to smoke on a daily basis than adults in the least deprived areas after accounting for demographic differences.

Following Tuesday’s passage of the Bill, Health Minister Verall claimed it would aid in bridging the gap in life expectancy between Maori and non-Maori citizens, according to the BBC. 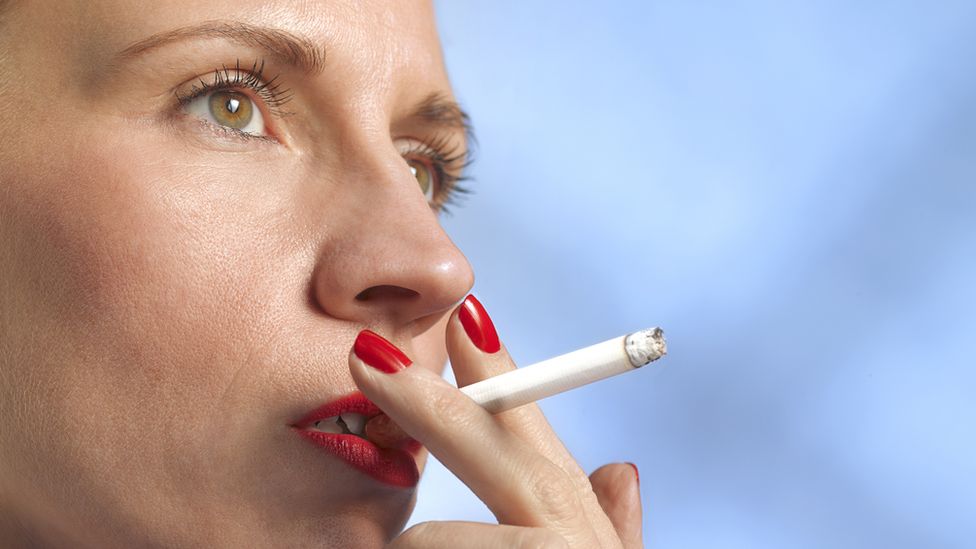 The 6,000 tobacco retailers that are currently in operation will decrease by a factor of ten to 600 by the end of 2023 as a result of this legislation. New Zealand currently has the lowest adult smoking rate among the 38 members of the Organization for current Economic Cooperation and Development, and the stringent regulations are intended to make the nation “smokefree” by 2025. Over the past ten years, the main percentage of adult New Zealanders who also smoke has decreased by half, to 8%. Up to 56,000 adult New Zealanders gave up smoking last year.

In a statement, Associate Health Minister Dr. Ayesha Verrall said, “This legislation accelerates the transition to a smokefree future.” She also said, “Thousands of people will also live longer, healthier lives and also the health system will also be $5 billion better off from not having to treat the illnesses caused by smoking, such as mainly various types of cancer, heart attacks, strokes, and amputations.”

The ACT New Zealand, which holds ten out of the 120 seats in parliament, has denounced the law despite the fact that many have praised it for reducing health issues among the general public. According to the Reuters report, this action would force people onto the black market and kill off small businesses. Nobody likes to see people smoke, but some people will do it. And Labour’s ban on nanny states will create issues, according to Deputy Leader Brooke van Velden.

Ayesha Verral, an associate minister of health, announced that the nation’s approximately 6,000 tobacco retailers will be reduced to a tenth of their current size.

According to Ms. Verrall, who spoke to the news website Independent, “thousands of people will also live longer, healthier lives and also the health system will be $5bn better off from not having to treat the illnesses caused by mainly smoking, such as numerous types of cancer, heart attacks, strokes, and amputations.”

The legislation aims to reduce the enormous number of tobacco-related deaths in New Zealand, which disproportionately affect the indigenous Maori population. The minister declared that the ban will contribute to a rise in life expectancy, particularly among Maori people.

With only 8% of adults smoking in New Zealand in 2022, the country’s smoking rate is already declining. There has been a decreasing trend since the percentage of 9.4% one and a half years ago. However, the prevalence of vaping has been rising, from 6.2% in 2017 to 8.3% in 2022.

Inhaling heated liquid that has turned into a vapour is known as vaping or using electronic cigarettes. Despite not containing tobacco, it is still dangerous because it contains nicotine and occasionally even marijuana distillate or oil. E-cigarettes are prohibited in a number of nations because they may encourage teenagers to start smoking.