Cyrus Mistry, chairman of Ousted Tata Sons, said on Tuesday that he was disappointed with the Supreme Court ruling over his ouster, but he asserted that his conscience was clear. He has no doubt about the direction that his leadership has changed from generation to generation during his tenure.

On Friday Supreme Court order canceled the NCLAT (National Company Law Appellate Tribunal) order, restored Mistry as the executive chairman of the organization while allowed the Tata Group to file an appeal. Every member of the society hopes to verify and approve the appropriateness of their actions and beliefs through courts and other institutions. Mistry said in a statement that as a minority shareholder of Tata Sons, I am personally disappointed by the verdict in this case.

He further asserted: Although I will no longer be able to directly influence the governance direction of the Tata Group, I hope that the issues I raised will cause deeper reflection and influence the individuals involved to catalyze change. I slept with a clear conscience.

On Friday, the bench of Justices AS Bopanna and Chief Justice SA Bobde, and V Ramasubramanian allowed the Tata Group to file an appeal.

Reflecting on the apex Court’s order, Mistry said: Life is not always fair, but we are still the lucky ones. I am fortunate to have the past and present determination of my family, colleagues, friends, and their support. I thank my legal team for maintaining unwavering spirit and dedication in this journey.

This is another step in the evolution of life for my family and me. We will revel good times and tap the chins.

Mistry raised a number of issues related to corporate governance and transparency, including alleged Rs 22 crore fraudulent transactions and suspected conduct with entities that do not exist in India and Singapore in a joint venture between Tatas and AirAsia. He also accused Ratan Tata of being insecure about his estate, saying that he has been reflecting on his actions since the withdrawal of Tata Group.

In the past four years, I have had the opportunity to reflect on my actions and whether I can better deal with the generational change in leadership better. He said: In hindsight, although I may have many shortcomings, I have no doubt about the direction I chose, the integrity behind my behavior and its consequences, and I have strengthened my belief in this.

Mistry stated that his goal for the Tata Group is that the iconic organization Tata Group undergoing successive leadership changes to ensure the establishment of a strong decision-making and governance system driven by the board of directors which is bigger than anyone.

He added that the main focus is to enable the directors of each board of directors to perform their fiduciary duties without fear or partiality, while still ensuring that the shareholders’ views are reflected in their strategies and actions.

Mistry said: I still believe that through this model, the value of Tata Sons and all stakeholders of all group companies can be protected. 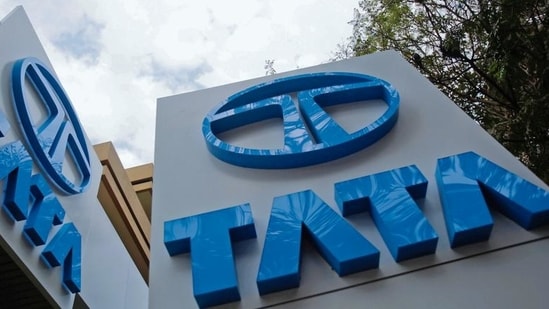 To this end, he further appended: My performance has been reviewed by nearly 50 independent directors of the Tata board of directors I serve. In addition to self-evident performance indicators and well-documented appreciation for my actions, I am also humbled by the continued assistance of former colleagues and other board members.

During his tenure as the chairman of Tata Sons, Mistry has always presented India as a market full of opportunities and hopes to the global business community, backed by a fair, equitable, and effective rule of law which is always his responsibility and privilege.

At Tata Sons, I have had the opportunity to work with an excellent team of different backgrounds from different industries and geographies all tethered mutually by a constant and common value system enclosed by the founders into the Tata Group. Mistry said: For that opportunity, I shall be endlessly grateful.

The rise of the 'Gig' Economy in India; How is this sector poised to contribute significantly to India's economy?

3 Reasons You Should Buy a Term Plan with Increasing Cover