India restricted oil exports and gold imports in an all-out effort to cool the rupee, which hit a new low on Friday. Investors reeling from the savage six-month selloff in developing markets fled the rupee once more, leading the government to cut gold purchases and oil exports to stem a growing imbalance.

To contain a rapidly rising current account deficit, the government hiked import tariffs on gold while boosting charges on gasoline and diesel exports. The changes drove Reliance Industries Ltd. and other energy exporters to plummet, causing the benchmark index to fall by up to 1.7 percent. The rupee plummeted once again.

The actions show how developing nations, especially those with simultaneous current account and budget deficits, are increasingly struggling with currency issues as the Federal Reserve’s aggressive rate increases magnify outflows. The rupee has recently fallen to a series of historic lows despite having the fourth-largest reserve accumulation in the world.

The Indonesian rupiah, Asia’s other high-yielding currency, plummeted to its lowest level in two years on Friday.

As part of its efforts to rein in a rapidly growing currency gap, the administration boosted import duties on gold while boosting charges on gasoline and diesel exports. The shares of Reliance Industries Ltd. and other energy exporters fell as a result of the restrictions, causing the benchmark index to fall by as much as 1.7 percent. The currency plummeted once again.

As inflation rises and foreign finances deteriorate, the rupee has fallen to a series of record lows, reflecting the economic issues that Prime Minister Narendra Modi’s government is dealing with. Runaway rupee depreciation will intensify pricing pressures and may trigger future rate increases, which will drag on GDP. The central bank has been working to stop the currency’s depreciation.

In the fiscal year that ends on March 31st, India’s current account deficit (the broadest measure of trade) is expected to raise to 2.9 percent of GDP, roughly double the level recorded the previous year, according to a Bloomberg survey conducted in late June.

Banks have reported dollar shortages as everyone from investors to businesses hastened to exchange rupees, despite the Reserve Bank of India’s efforts to stop the rupee’s decline. The currency has fallen 6% against the dollar this year as a result of the Federal Reserve’s rate increases, driving capital out of developing countries.

Many decision-makers in emerging markets are faced with difficult options: actively raising borrowing costs to protect currencies and run the risk of undermining development; spending reserves accumulated over time to intervene in foreign exchange markets; or simply taking a step back and letting the market work itself out.

Policymakers in many developing countries face difficult decisions as the Fed tightens its monetary policy: raise interest rates and risk damaging GDP; use reserves accumulated over time to protect currencies; or simply take a back seat and let the market work its course.

The move by New Delhi also draws attention to the economic problems that Prime Minister Narendra Modi’s administration is dealing with as the sixth-largest economy in the world experiences rising inflation and deteriorating external finances. The central bank has been working to stop the rupee’s decline, and a sharp decline would worsen pricing pressures, possibly lead to more rate increases, and have a negative impact on GDP.

See also  We are deeply committed to investing in and nurturing India's digital economy: Facebook

The steps “aim to ease the oncoming pressure on the current account deficit and thus the currency,” according to Madhavi Arora, head economist at Emkay Global Financial Services. “The complementary policy actions from both the fiscal and monetary sides are essentially reflected in the projected pain in the balance of payments deficit this year.” 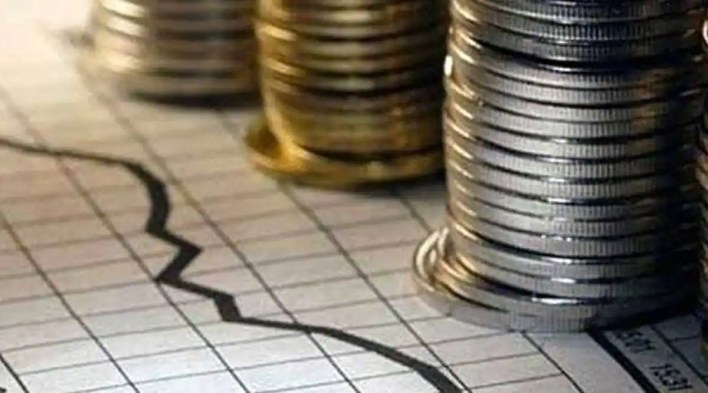 Banks have reported dollar shortages as investors and companies rushed to convert rupees into other assets or to pay for imports, despite the Reserve Bank of India’s efforts to limit the rupee’s 6 percent fall this year. According to the Finance Ministry on Friday, an increase in gold imports in May and June was the driving force behind the new restrictions.

According to a notification dated June 30, the government hiked the import tariff on gold from 7.5 percent to 12.5 percent on Friday, reversing a decrease last year. Higher levies on gasoline and diesel exports pushed Reliance Industries Ltd.

The administration raised gold import duties to 12.5%, reversing a previous reduction. Higher tariffs on gasoline and diesel exports dragged down shares of Reliance Industries, a major exporter, by up to 8.9 percent.

Due to increasing import prices, India is the world’s second-largest gold consumer, and local futures climbed as much as 3% in Mumbai, the highest intranet gain in over four months. On Friday, Finance Minister Nirmala Sitharaman stated that India is attempting to prevent gold imports to save foreign cash. She noted that “exceptional times” need such measures as imposing a windfall tax on gasoline exports.

“The problems are all coming from the same place: increased commodity costs,” said Rahul Bajoria, senior economist at Barclays Bank Plc. “Neither will India be able to locate supplies onshore nor will we be able to reduce our use of oil.” That makes the entire scenario far more uncertain, both in terms of how it will play out and how long it will last.

A decline in Indian exports might further pressure global markets that are already dealing with lower supply from Russia and growing post-pandemic demand.

The measures announced on Friday emphasize the central bank’s upcoming external battle. RBI Governor Shaktikanta Das has stated that the central bank adopts a multi-pronged intervention approach to reduce actual dollar outflows and would not allow the rupee to depreciate arbitrarily.

While investors have been wary about emerging-market stress due to Sri Lanka‘s battle with a currency constraint that has resulted in hyperinflation, the RBI has close to $600 billion in foreign-exchange reserves. However, those reserves are diminishing as the central bank intensifies its efforts to halt the rupee’s drop amid capital outflows and a current account imbalance that is set to treble this year.

Investors should expect the currency to continue to fall, “said Arvind Chari, chief investment officer of Mumbai-based Quant Advisors Pvt. “Will higher export taxes influence company activity? Perhaps not in the near term, but in the medium to long term.