This is the first time that the two indigenously built warships have been launched concurrently, the Mazgaon Dock Shipbuilders Ltd (MDL) said.

The MDL is a premier ship and submarine building defence public sector undertaking. ‘Surat’ is the fourth ship of Project 15B Destroyers, which heralds a significant makeover of the P15A (Kolkata Class) destroyers, and is named after the commercial capital of Gujarat and also the second largest commercial hub of western India after Mumbai, the Navy said. The Project 15B class of ships are the Navy’s next generation stealth guided missile destroyers being built at the MDL. 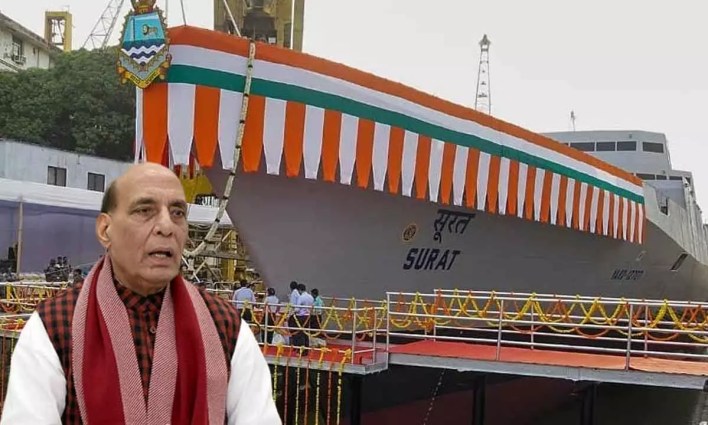 ‘Udaygiri’, named after a mountain range in Andhra Pradesh, is the third ship of Project 17A Frigates. It is a follow on of the P17 Frigates (Shivalik Class) with improved stealth features, advanced weapons and sensors and platform management systems, the Navy said.

The new warship is the reincarnation of the erstwhile ‘Udaygiri’, the Leander Class ASW Frigate, which saw numerous challenging operations in its illustrious service to the country, spanning over three decades from February 1976 to August 2007, it added