The Reserve Bank has requested that non-bank prepaid payment instrument (PPI) issuers refrain from loading their cards and wallets with funds from credit lines or predetermined borrowing limits.

PPIs are tools that make it easier to purchase products and services, use financial services, and send money abroad using the value they store. The value that has already been paid for by the holder or the instrument using any method, such as cash, debit from a bank account, credit card, or even from other PPIs, is reflected by the value that has been stored in the instrument. PPIs can take the shape of mobile wallets, smart cards, magnetic chips, and payment wallets, among other things. A PPI is any device that allows access to a prepaid sum.

According to the RBI, PPIs in the country can be issued under three systems. They are as follows:

1. Closed system: The closed system stipulates that a PPI can only be applied to purchases made from the company that issued it in the first place. When a person tries to buy goods or services from a different provider, the usage of such a PPI will be invalid. Additionally, this approach does not permit cash withdrawals in relation to the PPI balance.

The issue of such PPIs does not require prior RBI permission because the RBI has not categorised this PPI system as a payment system. Illustrations of closed systems PPI include smart cards that can only be used at the places that issue them, such as metro railcards and chips, as well as paper vouchers, gift vouchers, and coupons.

2. Semi-closed system: In contrast to PPIs issued under the closed system, semi-closed system PPIs can be used in certain but not all institutions. Under this structure, the RBI may only authorise non-banking institutions or banking institutions to issue PPIs. PPIs cannot be issued without prior clearance or authorisation from the RBI. They can be used for purchases, remittance services, and other transactions at a variety of clearly specified retailers, either by location or at particular businesses that have agreements with the PPIs’ issuers to accept them as payment.

Such a contract does not have to be made directly between the issuer and the business taking PPI as a form of payment; it may instead be made through a payment aggregator or payment gateway. PPIs issued under the semi-closed system are not permitted to facilitate cash withdrawals, much like PPIs issued under the closed system. Whether a bank issued the PPI or not makes no difference.

3. Open system: Only financial institutions that have received the RBI’s approval may issue PPIs under this arrangement. These tools can be used to make purchases, remit money, withdraw cash, etc., easier. Debit cards and credit cards are two instances of PPIs issued under this scheme.

See also  Will the threats descend the Indian economic recovery? Are the Alarming Bells of Covid-19 Over? 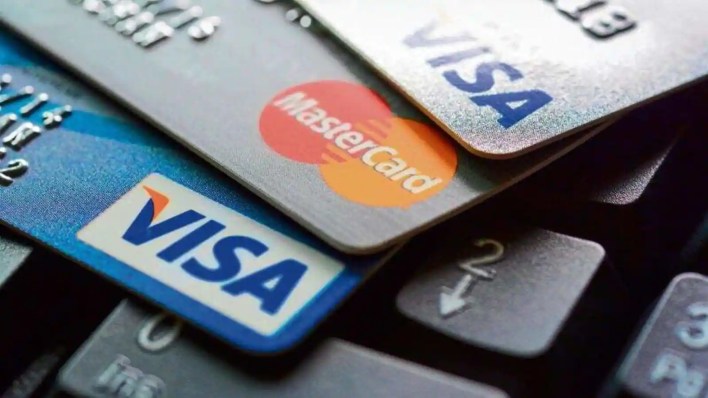 PPIs may be loaded or reloaded by cash, debit from a bank account, credit or debit cards, PPIs, and other payment instruments issued by regulated organisations in India, but only in INR, according to the Master Directions on Prepaid Payment Instruments (PPI-MD) published by the central bank.

According to sources, the RBI has informed all authorised non-bank PPI issuers of the restriction.

The communication from the RBI said: “The PPI-MD does not permit the loading of PPIs from credit lines. If such a practice is continued, it ought to end right now. According to rules in the Payment and Settlement Systems Act of 2007, any non-compliance in this area may result in legal consequences.” The loading of money via credit line has been limited, according to Mihir Gandhi, Payments Transformation Leader, PwC India.

“Multiple prepaid cards and wallets were funded using a credit line. The business models of several fintechs may be affected, “said he.

Banks and NBFCs will need to limit the credit lines they offer to these fintech companies to load the prepaid instruments.

Banks and NBFCs could not fully understand how the money from prepaid instruments is being used or the specifics of the end-user, the speaker continued.

PPIs are distributed in the form of cards, wallets, and other instruments that can be used to conduct transactions.

The central bank has prohibited the issuing of PPI in the form of paper vouchers. 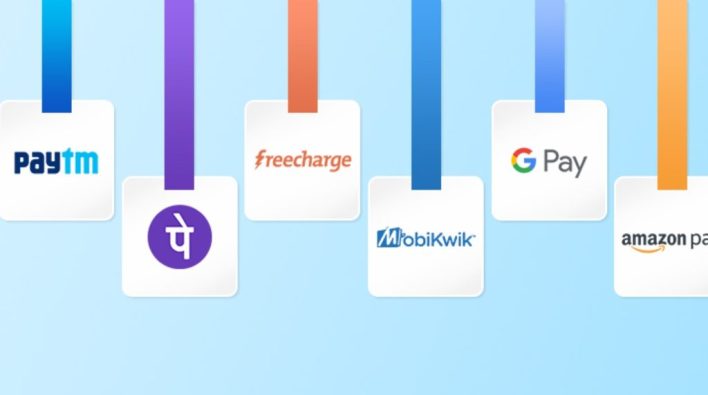 Following the Reserve Bank of India’s ban on non-banks loading credit into e-wallets, fintech startups Jupiter and EarlySalary have discontinued their credit-linked card services. Other services such as Paytm Postpaid and OlaMoney have also been impacted.

In response to recent RBI recommendations, Jupiter Edge, a division of neo banking platform Jupiter, informed clients in a social media post on Thursday that it was “pausing” its services. The company stated, “Please rest assured that we are in the process of evaluation; you will be notified soon as we are back.”

See also  Ever dreamed of selling your data for currency? Dream on

According to EarlySalary, its card services have been temporarily suspended. “There was no notice of a preparation period. Akshay Mehrotra, co-founder and CEO of EarlySalary, stated that we understand the RBI circular and will respond with a response.

As for Paytm Postpaid, the ‘buy now, pay later’ arm of fintech giant Paytm has remained unavailable on third-party apps such as Zomato and Swiggy since RBI’s announcement on Tuesday.

However, Paytm refuted this and asserted that its Postpaid services “are fully operating for its subscribers.”

The digital credit payment service OlaMoney PostPaid, offered by the cab aggregator Ola, also let users know that it would disable a feature that allowed them to utilise their postpaid service and Ola Money card or wallet balances simultaneously. The company offers the product in collaboration with affiliated financial partners, such as non-banking financial firms.

Slice’s founder and CEO, Rajan Bajaj, stated that the business was collaborating with its partner bank to adhere to the rule. 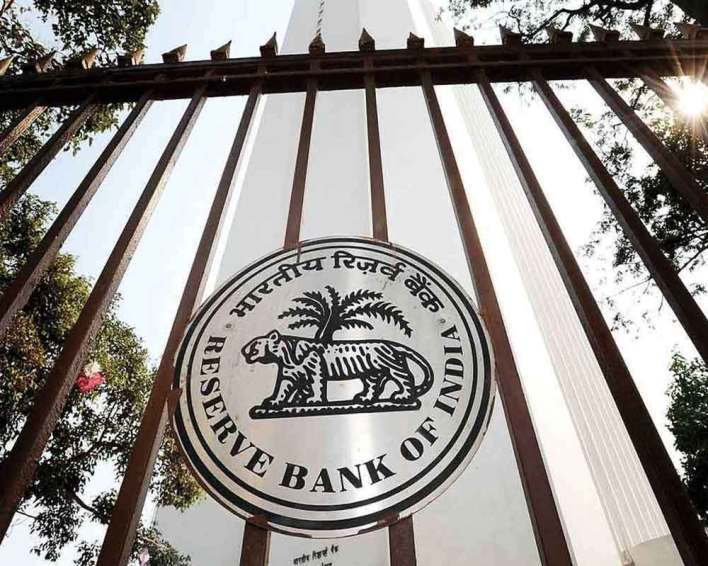 The issue at hand

On Tuesday, the RBI forbade NBFCs from adding credit lines to PPIs like prepaid cards or e-wallets, which are prepaid payment systems.

While using a bank debit card or credit card to load a wallet (such as Gpay, PhonePe, Amazon Pay, or Paytm) is permitted, taking out a line of credit from an NBFC or other non-bank and then loading the consumer’s wallet is not permitted.

Slice, PayU, LazyPay, KreditBee, and other modern fintech companies, as well as neobanks, have been using a bank’s PPI (co-branded credit cards, for example) to extend credit lines to customers through their own NBFCs or NBFC partners.

The notification will essentially have an impact on challenger credit card providers like Slice, OneCard, and Uni, as well as post-paid services like Paytm Postpaid, Ola Postpaid, and Flipkart Pay Later because the majority of these BNPL players get their credit from NBFCs, which are not directly affiliated with banks.

“NBFCs are not permitted to offer accounts with payment capabilities. You can deposit the cash into your bank account and make the payment there. Cards cannot be issued by NBFCs. Wallet providers cannot issue a credit, “said Deepak Shenoy, the founder and CEO of Capital Mind, a company that conducts investment research and asset management. “Perhaps the thought is that bank accounts should be impacted by NBFC lending. If not, it is possible to totally avoid the banking system by using the NBFC/wallet/mutual fund ecosystem.”

Added him: “A wallet is utilised to make payments when the MF lends to the NBFC and the NBFC lends money to it. No need at all for a bank?”

In addition to safeguarding banks from takeover by shadow players, consumer protection is cited as another justification for the RBI’s decision. In a letter, Macquarie Capital Securities said that many customers inadvertently used their wallets as credit cards at the register.

“The regulator has had some issues with some of these practises, it was added.

Ashneer Grover, a co-founder of BharatPe, too shared his opinions on social media, labelling the current RBI circular as a “flex manoeuvre by banks.”

“Prepaid instrument loading is not permitted to safeguard the bank’s lax credit card business against the fintech industry’s robust BNPL activity. It’s a flexible move by the banks to look for rent. However, the market is the market, and legislation will eventually adapt to meet the needs of the market, “In a Tweet, Ashneer stated. Next course of action

For regulatory assistance, affected fintech companies may need to obtain both a credit card licence and an NBFC licence, according to Sameer Singh Jani, founder and CEO of the fintech advisory firm Digital Fifth.

“Instead of using NBFC credit lines, they might switch to the traditional BNPL model funded by equity. This section also runs the risk of becoming regulated, but it is still open to development, “explained Sameer. “They might also turn to short-term personal loans, where repayment is given to the lenders and, very rarely, to the borrower. The card interaction layer is essentially removed as a result. He says that startups may also consider working with banks to offer savings accounts with credit lines, which are within or very similar to the RBI framework.

According to the analysts that have evaluated the effects on consumers, challenger credit cards will eventually become only prepaid cards.

According to Sameer, many of the cardholders would return to the “no credit arena again” since they might not meet the bank’s requirements for credit approval.