The launch of the luxury two-wheeler tire brand “Reise” in India has been announced by Reise Moto, a joint venture between the Mahansaria Group and the European company Mitas. Reise is a premium two-wheeler that was engineered in India and designed in Europe for the country’s rising market for such vehicles.

Mahansaria Group and Mitas Group have created a 76:24 JV for Reise Moto, and they are building a 30-acre greenfield manufacturing site in Saykha, Gujarat. This will produce high-performance two-wheeler tires under the Mitas brand for the European and North American markets and under the Reise brand for India’s domestic market.

Reise displayed six distinct tires at the announcement: TrailR, TourR, TraceR, TroopR, TripR, and TwistR. As their names indicate, these tires are designed for different uses. Like, the TrailR is for motorbikes driven on trails, and the promotional film features a Royal Enfield Himalayan fitted with these as it is driven on a trail. 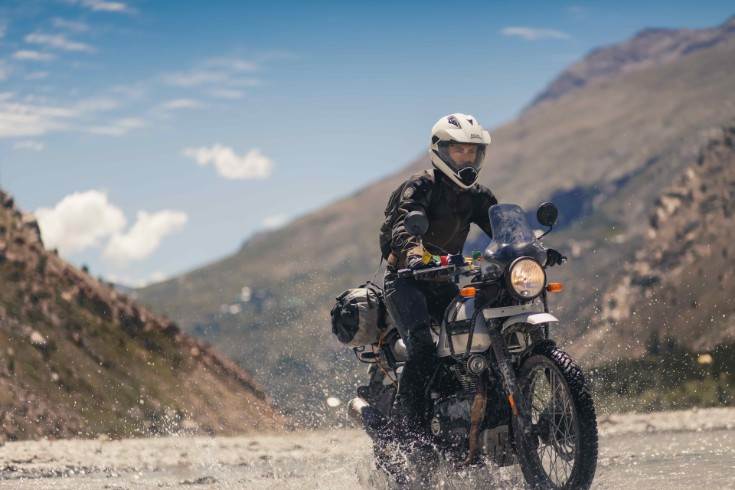 The twistR series is for rapid spins in and around the city, while the tripR series is for touring tyres for longer distances—a first-in-segment—on scooters.

To give the Reise line of tires, Reise Moto is building a strong network of distributor partners.

According to the firm, all of these SKUs share the same genetic makeup and engineering as the Mitas tyres available internationally. All Reise tires go through 182 meticulous evaluations, including both subjective and objective outside testing, which is done to confirm the performance of the product by experienced test riders.

Although the business has not yet told the tyre sizes available for each tire model, a glance at the motorcycles reveals that these tires got work with a variety of two-wheelers available in India.

The business claims that these tires will be supplied in India and other regions of South Asia and will be made at Reise’s large manufacturing in Bharuch, Gujarat. The same factory will produce tires for Mitas in India for export to foreign markets. The sale of Mitas tires in India is unknown.

Prices for the Reise tire portfolio have not yet been disclosed, although they are estimated to do so soon. Nevertheless, Reise is giving a six-year warranty on all of its tyres.

Yogesh Mahansaria, founder and managing director of Reise Moto, says that in today’s competitive Indian two-wheeler business, the key is to match the ever-evolving expectations and wants of riders who expect a lot more from their vehicles than just riding. Reise Moto was established to fill the market gap for tires of a high international level for use on Indian roads because of a thorough understanding of the Indian tire market.

President of Trelleborg Wheels Systems Paolo Pompei said, “We are tremendously happy about our relationship with the Mahansaria Group and the road we wanted together. Using the best of our European technological know-how and the best business practices between the two companies, Mahansaria Group can make Reise one of the strong brands in the high-performance market in India while supporting the ongoing global expansion of our Mitas brand. Reise Moto plans to create chosen brand experiential projects, like the off-road training academy and backcountry trails, for two-wheeler “touring” and “adventure” enthusiasts in India as part of its overall strategy.

In German, the word “Reise” means “Trip.” The business claims that Reise,  designed in Europe and engineered in India, is tailored for the rising group of two-wheeler customers in India who want to ride with assurance whether on or off-road. Reise Moto is introducing the broadest selection of technologically upgraded products for the discerning two-wheeler customers in India under the reise brand thanks to access to Mitas’ European technology.

Treads of the highest grade will be created and introduced to Indian roads by Reise.

For the markets in Europe and North America, the company produces performance two-wheeler tires under the Mitas brand, but for the home market, Reise is the brand of choice.

Reise Moto wants to launch tires for different market parts and specially curated brand experiential projects like the off-road training academy and backcountry trails in India. But we don’t yet have access to the finer specifics of these experiences. The Indian market for two-wheelers

India’s growing demand for two-wheelers has led to a notable increase in the popularity of two-wheeler tires all around the country. It is crucial to check on them to guarantee a hassle-free voyage every time. The lack of parking spaces and escalating traffic congestion in India’s metropolises are the causes of the tire industry’s rapid growth in the country’s northern states.

The India Two-Wheeler Tire Market is segmented into Scooters, Motorcycles, Mopeds, Electric Scooters, and Electric Motorcycles based on the type of Vehicle. Scooters, out of all of them, have had the biggest market share in recent years and to keep doing so in the years to come. Due to their ease of operation and size for transporting loads, commuters are increasingly adopting them.

As more working women choose scooters as a convenient form of transportation, their demand is further fueled and has a good effect on the expansion of the market. Another important fact fueling the industry and boosting the sales of premium tires across the country is the rising demand for expensive bikes, among the younger generation.

Due to notable driving factors, the India Two-Wheeler Tire Market is estimated to see notable growth during the forecast period. The government and the car industry are primarily actively investing in and collaborating to improve road connectivity and travel between urban and rural locations. Additionally, it is taking steps to empower the automotive industry so that it can take the lead in the global car industry.

Additionally, with people choosing two-wheelers for commuting in India and better scooter penetration, the number of female riders is rising in Asian countries.