According to reports, the Indian government may soon ban the sale of cigarette in loose form to curb the use and sale of tobacco products. A standing committee of the Indian Parliament recommended this ban. The commission also recommends removing smoking zones from all airports in the country. The government says it may announce a ban from 2023 ahead of the 2024 federal budget.

According to the recommendation, the standing committee found that taxes on tobacco products have not increased since the introduction of the Goods and Services Tax (GST) regime. The committee also highlighted the cancer risks for smokers or those who chew tobacco. 1 in 3 Indian adults, or more than 274 million people, use tobacco. Almost half of all tobacco users use cheap, locally produced hand-rolled cigarettes called bidis. Smokeless tobacco is also popular, used by 1 in 4 adults. Half of the adults and 27% of adolescents (aged 13 to 15) are exposed to secondhand smoke at home. 29% of adults and 40% of teenagers are exposed to it in public. 4,444 million Indians die every year due to tobacco use and second-hand smoke, and this number is expected to rise to 1.5 million by 2020.

Acts Against Consumption Of Cigarette

National tobacco control laws related to tobacco and other tobacco products (prohibition of advertising and regulation of trade and commerce, manufacture, supply, and distribution). Act of 2003, COTPA granted certain powers to the Department of Health and Family Welfare and has since adopted more than 15 notifications amending, clarifying, and expanding COTPA. These national laws are:

 Prohibits most forms of TAPS but allows outlets and sponsorships with certain restrictions.

 The health warning must be displayed with images and text covering 40% of the front of the package. Misleading terms such as “lightweight” and “rotary” are prohibited.

 Allow local regulations that are stricter than national laws. In 2012, the Association campaigned to maintain a ban on chewing tobacco advertising at international cricket matches held in Australia, Sri Lanka, and South Africa. The unions worked with governments, sporting, and tobacco control partners to remove advertising and similar advertising from stadiums in South Africa and Sri Lanka.

The Union worked with its BI partners and civil society organizations in India to help the Indian government reach 85% of its reach, making it one of the world’s largest GHW cigarette packs. It helps in receiving graphic health alerts. The union’s focus on strengthening the National Tobacco Control Program (NTCP) at central, state, district, and sub-district levels during the biennium 2013-2014 significantly reduced tobacco use in five states and as many as 21 localities.

Experts say 10 minutes of cycling or jogging can go a long way in helping you quit smoking Researchers at the University of Exeter have shown that changes in brain activity induced by physical activity can help reduce cravings for cigarettes. We believe that our moods are elevated (perhaps due to increased dopamine) and that the craving for a cigarette becomes less meaningful and important.

Another possibility is that exercise causes a shift in blood flow to areas of the brain that are less involved in the anticipation of reward and pleasure generated by smoke images. In difficult times, 10-15 minutes of walking, running, or cycling can help a smoker kick the habit. Of course, a more active lifestyle has many other benefits, such as improved fitness, weight loss, and improved mood.

People who use patches before quitting smoking can naturally reduce the number of cigarettes they smoke because their nicotine needs are covered by the patch, making smoking less pleasurable. There is nature. The
block has a new medicine and it’s bubblegum. These are not ordinary chewing gum, but chewing gum with the nicotine content that can help smokers quit smoking.

The National Botanical Research Institute (NBRI) in Lucknow has also developed herbal chewable tablets. These herbal tablets help not only those who want to quit cigarette and smoking but also those who want to quit other tobacco products like Pan Masala and Gutka. The basic ingredients are cloves, ginger, cardamom, cinnamon, and tulsi. They are already scientifically proven and standardized. Toxicity studies determined it was safe to use, officials said.

A natural anxiolytic and antidepressant, St. John’s wort has been used as a natural alternative to other drugs. But consult your doctor first.
Nimhans has a Tobacco Association clinic that helps people who want to quit cigarette and smoking. Experts think that users of such deadly products should seek medical help because it is not easy without them. therapy (NRT) and a combination of drugs are necessary.

Group counseling by phone or online can help with low morale by establishing addiction and support groups. The biggest health effects of smoking were identified more than 40 years ago, but governments are lagging in responding to the growing health problem. Despite laudable tobacco control strategies in many countries, smoking-related deaths continue to rise worldwide and are projected to reach 10 million annually by 2030.

There is now general agreement that governments must adopt a comprehensive approach to cigarette and tobacco control to significantly reduce smoking prevalence. This should include several measures, in particular: A total ban on the advertising and promotion of cigarette and tobacco products. smoking restrictions in public places and workplaces; continued increases in tobacco taxes and measures to reduce smuggling; Big, bold warning on tobacco products.

A campaign focused on cigarette and smoking cessation and health education. Regulate tobacco according to standards agreed upon by the health community, not the tobacco and cigarette industry. Legislation is preferable to self-regulation, but the key to the success of these measures is to gain public support and ensure proper enforcement. Given the enormous burden on health services that smoking poses, governments in developed countries have generally responded by adopting various tobacco control policies. 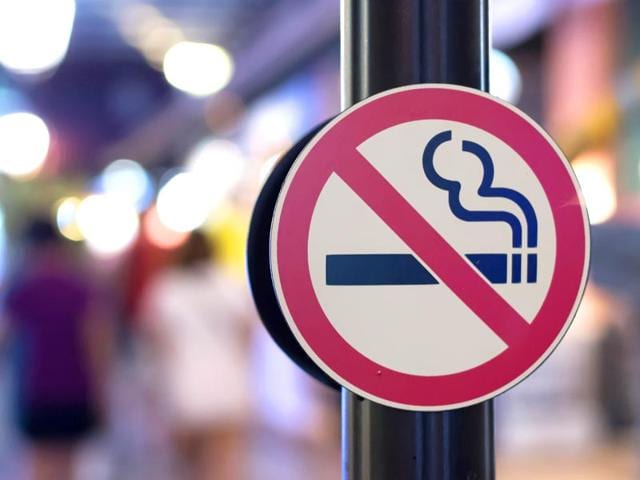 However, the situation is not uniform and some of the best examples of strong government action occur in developing countries. Governments can learn a lot from these countries and support future global tobacco control agreements to reduce future tobacco-related diseases and deaths.
At current tax rates, tobacco is taxed at 53%, and smokeless tobacco is at 64%. The World Health Organization (WHO) recommends that the Indian government imposed a 75% tax on domestic tobacco.

About 350,000 people die every year in India from tobacco smoking. His 2018 survey by India’s National Council of Applied Economic Research found that 46% of smokers were illiterate and 16% were college students.
Smoking also violates the right of non-smokers to a healthy lifestyle. People who do not smoke but are exposed to secondhand smoke (the combination of smoke from a lit cigarette end and smoke exhaled by smokers) are at increased risk of developing heart disease.

Adults exposed to secondhand smoke during pregnancy are more likely to have low birth weight babies and are at increased risk of health complications. Infants exposed to secondhand smoke after birth have a significantly increased risk of sudden infant death syndrome (SIDS). Therefore, cigarettes and smoking should be prohibited in all public places.

Worst Performance By Indian Industry In Over 2 Years, Production Contracts By 4% In October,