According to those with firsthand knowledge of the situation, the Securities and Exchange Board of India (SEBI) approved Ashish Chauhan’s appointment as the new CEO of the National Stock Exchange of India (NSE), the country’s largest stock exchange, on Sunday. Chauhan currently holds the positions of managing director and CEO of the Bombay Stock Exchange (BSE). In November of this year, he will have served at the bourse for ten years.

“Chauhan has been appointed for a term of 5 years by the regulator. An official announcement is expected later today or tomorrow,” said one of the persons cited above.

According to a second source, Chauhan is anticipated to take over the reins at NSE once his current tenure at BSE expires in September of this year.

Until Chauhan completes his tenure at BSE and assumes his new position, the business of NSE will be managed by a four-member temporary committee.

Chauhan graduated from IIM Kolkata and is a mechanical engineer from IIT Bombay. Ashish was appointed as an officer of IDBI Bank in 1991.

He is renowned for improving screen-based trading and financial derivatives in India. He was one of the original employees of NSE from 1992 until 2000.

Under his leadership, the BSE has assumed a leading role in developing platforms for small and medium-sized businesses (SME), offers for sale (OFS), and the exchange-based distribution of mutual funds.

Ashish was in charge of many activities while at the NSE, including membership, clearing and settlement, surveillance, sales, marketing, IT, and property management.

After Vikram Limaye’s term ended on July 16, he was appointed. Limaye had decided not to have his tenure extended even though he was qualified. 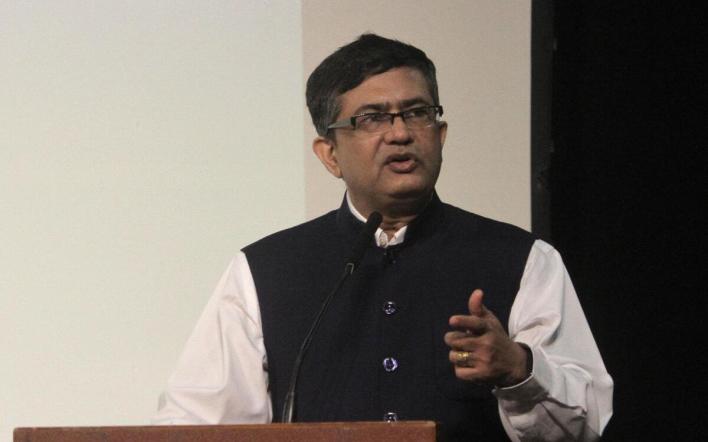 Ashish Kumar Chauhan is a business executive from India who serves as the university’s chancellor. He presently serves as the Bombay Stock Exchange’s managing director and chief executive officer (BSE). Ashish is a member of the Governing Council of IIM Raipur, one of India’s top business schools. Ashish is regarded as one of the leading authorities on financial market laws, information technology, organised retail, telecommunications, and Indian social issues. He is well known in India as the inventor of modern financial derivatives.

IIT Bombay mechanical engineer and IIM Calcutta alumni Chauhan was hired in 1991 as an officer by the Industrial Development Bank of India (now known as IDBI Bank). 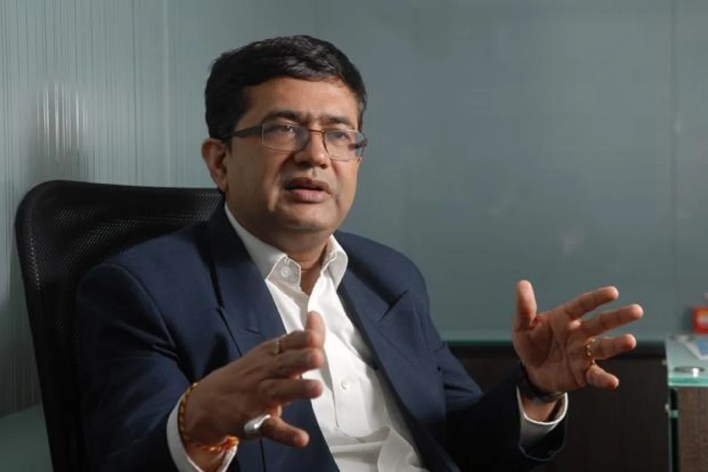 In 1993, the government suggested a stock market within the National Stock Exchange, giving him his big break (NSE). From 1993 to 2000, Chauhan, a member of the core group that formed the NSE, was in charge of establishing the exchange’s equity and derivatives markets. At the NSE, he was responsible for market operations, membership, clearing and settlement, surveillance, sales, marketing, IT, and property management, among other things.

The NSE-50 (Nifty), the most actively traded derivatives index in India, the NSE’s certification in Financial Markets (NCFM), IPO through the screen, and many other innovations in the Indian capital markets were all made possible thanks to Chauhan’s involvement in building the NSE’s trading infrastructure. Ashish was crucial in establishing the first information technology infrastructure, including the NSE’s first commercial satellite telecom network in India.

Along with two other people, he examined the risk management system of NSE. Impact cost, a metric the team developed to gauge stock liquidity, has since become commonplace. Ashish is referred to as the “father of derivatives” in Indian finance because he established contemporary exchange-traded financial derivatives in Indian markets.

See also  Fintech's future is being shaped by cloud technology

Following his departure from Reliance Industries, Chauhan joined BSE as Deputy CEO in 2009 before being named CEO in 2012. He is recognised for revitalising the BSE, making it the world’s fastest exchange with a reaction time of fewer than 6 microseconds, and introducing mobile trading, a cutting-edge online real-time surveillance system, and several market-leading goods.

Additionally, he was in charge of completely overhauling BSE, adding commodities, interest rate derivatives, currencies, and the full range of equities products. Under his direction, BSE has assumed a leading role in developing platforms for small and medium-sized businesses (SME), offers for sale (OFS), mutual funds distributed through exchanges, and e-IPOs, among other initiatives. BSE controls more than 70% of the market in these areas as of October 2018.

In 2012, BSE became the first exchange in the nation to introduce a specialised SME platform for listing Small and Medium Enterprises, thanks to Ashish’s vision and leadership. With around 275 SME listings as of October 2018, 54 of which have expanded and successfully migrated to the Main Board of the Exchange, the BSE SME segment is the market leader of its kind in India.

As a big believer in equity inclusion, in 2013, he pushed BSE to develop a Mutual Fund Distribution Platform – BSE StAR MF. One of the most well-liked platforms in the mutual fund ecosystem is this web-based transaction processing platform with a fully automated online mutual fund-collecting & settlement system.

The BSE StAR-MF platform, which has a market share of close to 80 per cent among exchange-distributed funds as of October 2018, is India’s largest digital platform for the distribution of mutual funds. For all parties involved in the Indian mutual fund industry, the stability and scalability of BSE StAR MF have combined with the quickness of Distributors’ query resolution through real-time contact to create the optimal ecosystem.

Ashish played a key role in establishing “India International Exchange,” India’s first international exchange, which was opened in Gandhinagar, Gift City, in January 2017 by the country’s honourable prime minister, Shri Narendra Modi. The first exchange for providing a single platform for multiple assets, including stocks, commodities, currencies, and interest rate derivatives, is India INX. In addition, it is the first exchange to include gold options.

Ashish successfully finished the BSE IPO, which had been delayed for more than ten years, in January 2017. BSE IPO got offers for 550.8 million shares vs the 10.8 million shares that were on offer, resulting in a 51-times oversubscription.

Under Ashish’s direction, BSE started trading in gold and silver contracts in October 2018 to mark its entry into the commodity derivatives market and become India’s first universal stock exchange. It now has all asset classes in its portfolio, including equity, mutual funds, currency, and commodities.

He serves as the Chair of the NIT Manipur’s Board of Governors. He is an Independent Director of the ICSI Insolvency Professionals Agency, which is a wholly-owned subsidiary of The Institute of Company Secretaries of India.

He is the chairman of the South Asian Federation of Exchanges, a forum with 28 members from the SAARC region and surrounding nations. The forum’s goal is to provide a forum for the sharing, exchanging, and promotion of technologies, experiences, and regional and global integration through the development of capital markets.

To raise the standards of corporate governance for listed businesses in India, he serves as a member of the SEBI committee on corporate governance. He is an advisor to the Central Board of Direct Taxes and the Asia-Pacific Investment Council (CBDT).