Should India Support Russia In Ukraine Invasion & In Turn Ask For Russia’s Help In Invading Pakistan? Issues Of 70 Years Will Get Resolved In 7 Days

Russia, the biggest military superpower is at war with Ukraine, a country that once was its biggest ally.

What leads to these situations that are currently the burning issue all over the world making world War 3 an anticipation?

On November 10 2021, Russia started deploying its military forces on Ukrainian borders. By November 28, more than 1 lakh Russian troops were present there. By December, the US intelligence agency had acquired the idea that Russia might wage war on Ukraine after which Joe Biden warned Russian authorities that if there’s war, Russia will have to bear heavy economic losses.

On 17 February, with it today. This might however also come as evidence of the US’s cunning diplomatic moves. It strongly stood against Russia in all aspects ever since the era of the Cold War. But its mild reactions to the initiation of war on Ukraine since 24 February was anticipated.

However, as long as NATO is concerned, Russia made sure that Ukraine doesn’t join NATO. Although NATO supports Ukraine, it’s unlikely that it would stand against Russia in the war.

The incidents so far can be easily correlated with the Indo-Pak issue. This brings us to the following question-

Should India support Russia in the war against Ukraine? 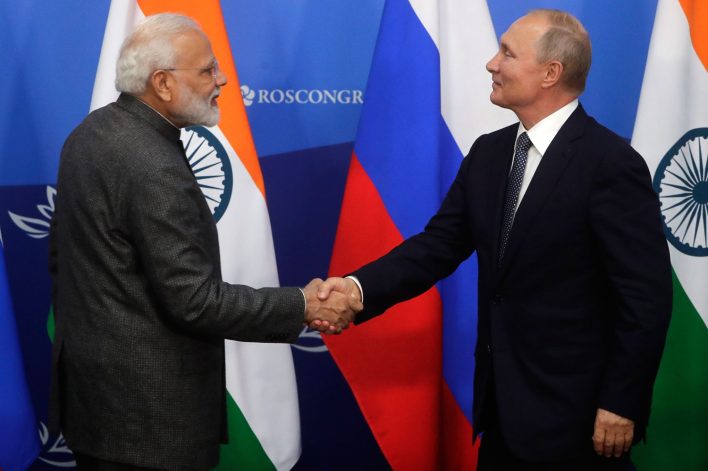 India’s first move must be safely evacuating all its citizens from a war struck Ukraine.

India has always been and still is one of the biggest allies of Russia.

India and Russia share mutual ties in the world’s major groups like the UN, G20, BRJS and SCO- which was a bid against China.

The two countries also share strong economic ties and a major share of Indian military supplies comes from Russia. India’s BrahMos missile, Sukhoi fighter jets and the most important ones, S400 are all from Russia.

The most important display of Indo-Russian relations was during the Indo-Pak war of 1971. US and UK were not only providing moral and military support to Pakistan but had also encircled India from its coastal regions. It was during this time, when India stood helpless, that Russia surrounded the UK and US ships with its submarines, leading them to retreat.

Moscow has always been and still is the most reliable partner of India.

Before discussing whether or not India should support the war, China’s stand on it must be taken into consideration.

Although China and Russia haven’t had a clear history, both the countries being America’s arch-enemy stand together I’m today’s era. Russia had postponed the attack on Ukraine on China’s proposal as the latter wanted the war to not take place until the Beijing Olympics. 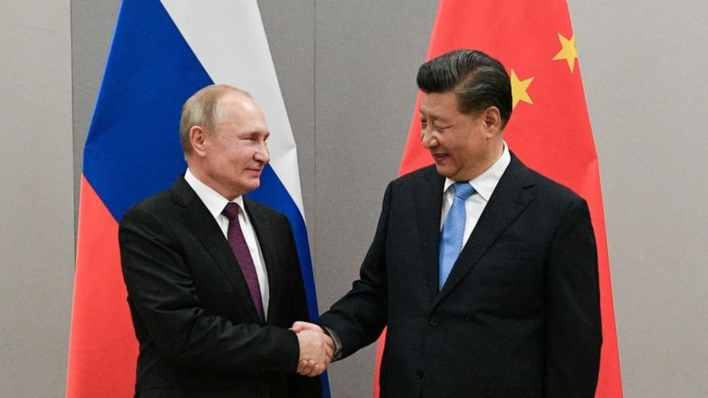 Interestingly, Beijing Olympics finished on 20 February and waged war on Ukraine the very next day.

Now taking into account that Russia wins the war with Ukraine, it will emerge as the new imperialist power which would be a heavy blow in the face US, UK and the European Nations.

India must take this as an opportunity and support Russia in the war.

Before eyebrows are raised, let’s get into why’s and why not’s.

Why should India not support Russia?

Supporting Russia might lead India to face Countering American Adversaries Through the Sanctions Act from the US.

However, the US might not risk losing its close trading partner and ally and therefore India might escape the wrath of CAATSA.

So that leads to why India should support Russia-

Ukraine has a very weak military defence against Russia. If India supports it, there’s a definite and easy win. This event would bring India into the good books of Russia and India can not only ask Russia to help the latter attack Pakistan but also help it emerge as a major world power.

Why India should ask for Russia’s help in invading Pakistan?

The answer is simple. Pakistan is an indispensable part of India which was forcefully partitioned in 1947 leading to a huge tragedy for every citizen and in all these years has only increased the misery. 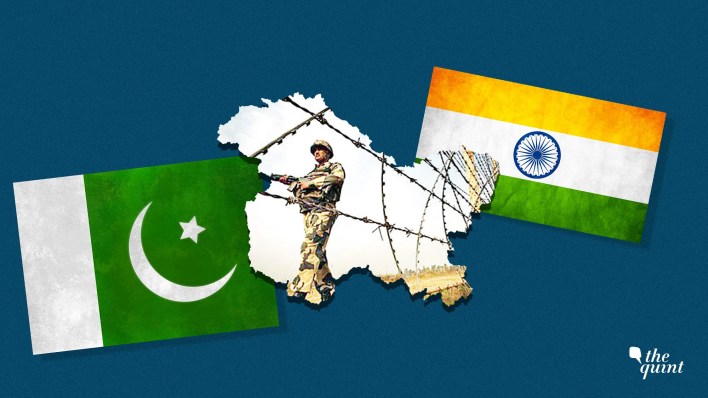 See also  The Hurun Global Rich List 2021 comes out with the World's Richest in the Year of the Pandemic; Some Fly High, Others Fly Higher!

India had lost in the war with China in 1962. It was only emerging from the loss when the country got struck with famine in 1965. Many lives were lost and India was in a weak position. Pakistan saw this as an opportunity to attack India and waged war on the Kucch region of Gujarat. However, it lost there and had to retreat. But it didn’t learn from one loss and attacked Kashmir from the aerial region.

At that Pakistan was being supplied with the heavy armoury and air missiles from the US. India lagged in defence technology at that time and it seemed that the war was lost. But under the leadership of Veer Abdul Hamid, India strategically attacked the Pakistani air force and bravely declared victory.

Pakistan was divided into Western Pakistan and Eastern Pakistan (modern-day Bangladesh). The latter used to brutally torture the citizens of Eastern Pakistan. It was when Sheikh Mujib Ur Rehman demanded an independent Bangladesh that Pakistan start a fully-fledged assassination of Bangladeshis. About forty lakh people were killed and four lakh women were raped. The incidents were so heinous that no person in his sane mind would want to recall them.

Bangla people started eloping to India in heavy numbers. The then government decided to take matters into their hands and gave full protection to the Bangladeshis.

On 3 December 1971, Pakistan attacked Srinagar, Pathankot and Chandigarh. India was ready for this attack and answered bravely. In Lonavala, Major Kuldeep Singh Chandpuri, leading 120 soldiers heroically fought the Pakistani army of 2800 soldiers and made them flee. On 16 December 1971, India declared victory.

There are many more such instances of Pakistan being an immoral and illogical nation like, the infamous Kargil war of 1999 where India’s brave son Capt. Vikram Batra was martyred.

The Pulwama attack and URI surgical strikes are the other major instances.

Despite all this, the Indian Government has never so far had the guts to wage war on Pakistan and finish it once and for all. India and Pakistan have always been in the condition of the cold war. This not only affects the morale of Indian soldiers but also brings heavy economic losses. India should therefore take this opportunity of Russia-Ukraine war and help Russia to annexe Ukraine and in turn, ask its help to invade Pakistan.

This would forever finish the ever stinging issue of Pakistan being Pakistan and with the collective population of 190 crore people, no country would dare raise an eye towards India.

The problem of Jammu Kashmir in India would be gone forever once the disturbing elements from Pakistan are eliminated. India will become the strongest nation in terms of geographical, political as well as military aspects 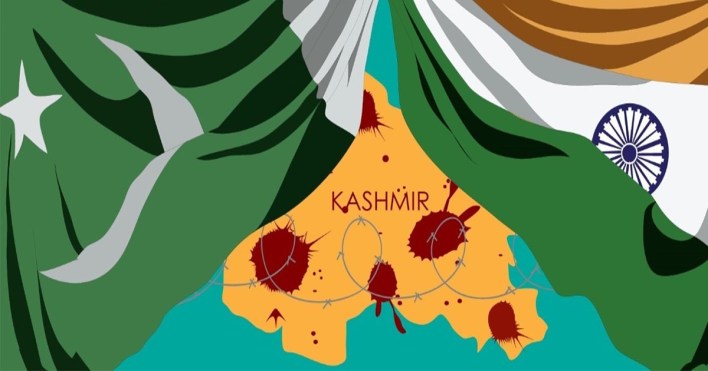 This would also help in solving the Afghanistan crisis developed because of the Taliban. Pakistan is a major supporter of the Taliban and helps it with military supplies. But once Pakistan is annexed, such supplies would be stopped and India will win over another major Islamic State.

Invading Pakistan will lead to worldwide war. China might stand in the favour of Pakistan but if Russia supports India, there are chances of China not interfering in the conflict.

Imperialism will shift from the West to the east and shake the whole American empire.

As long as the fear of nuclear war and loss of lives are concerned, instead of consequently wasting life as well as income now and then on cold wars, India must finish the issue all at once. This would be a major milestone in the political history of India. It would not only make India the strongest Asian power but also engrave the name of Narendra Modi in the golden pages of history.

Instead of hyping futile issues like ‘Mandir wahi Banega’, the BJP government must grasp this opportunity and stand by Russia in the war against Ukraine and exchange ask for its help to invade Russia.

It would be a win-win situation for both the nation as well as the profit-oriented BJP government.