Any nation that countenances Russian aggression against Ukraine will be stained by association: Biden

In an apparent message to countries which are not standing by its side or are supporting Moscow, US President Joe Biden has said that any nation that countenances Russia’s naked aggression” and a “totally unjustifiable” war against Ukraine will be stained by association.

Liberty, democracy and human dignity are the forces far more powerful than fear and oppression, Biden told reporters at a White House news conference on Thursday as he launched a frontal attack on his Russian counterpart Vladimir Putin and announced a series of fresh sanctions against Russia. Any nation that countenances Russia’s naked aggression against Ukraine will be stained by association. When the history of this area is written, Putin’s choice to make a totally unjustifiable war on Ukraine will have left Russia weaker and the rest of the world stronger, he asserted.

Biden said the US and its allies and partners will emerge stronger, more united, more determined, and more purposeful from this situation. And Putin’s aggression against Ukraine will end up costing Russia dearly economically and strategically. 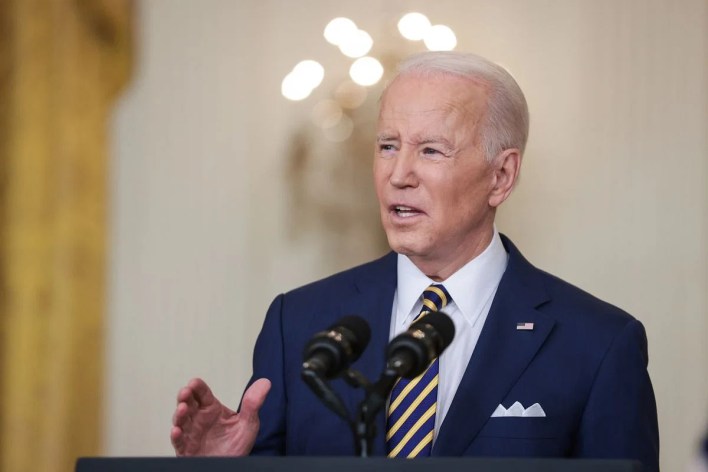 “We will make sure of that. Putin will be a pariah on the international stage, he warned.

Responding to a question, Biden said the US is in consultation with India on the issue of Russia. He did apparently acknowledge the differences between the two countries on this issue. We haven’t resolved that completely, Biden said when asked if India is fully in sync with the United States on Russia.

Soon thereafter, Secretary of State Tony Blinken had a call with External Affairs Minister S Jaishankar. Secretary Blinken stressed the importance of a strong collective response to condemn Russia’s invasion and call for an immediate withdrawal and ceasefire, State Department Spokesperson Ned Price said in a readout of the call.

See also  Tencent Music moving ahead with its $1.2B U.S. stock market debut Following the Russian attack on Ukraine on Thursday, India has underlined the need for dialogue among the key parties and that it will be more than happy to facilitate that engagement.

Over the past few days, the Biden administration has been reaching out to its friends and allies to support it against Russian aggression in Ukraine.

Putin’s actions betray his sinister vision for the future of our world one where nations take what they want by force. But it is a vision that the United States and freedom-loving nations everywhere will oppose with every tool of our considerable power, Biden told reporters.

Earlier in the day, a senior administration official told reporters that over the last two weeks, as the UN Security Council has met on this situation, the key question has been: Should the path of diplomacy be chosen or the path of further conflict and confrontation?

“And I think you’ve had an almost unanimous set of voices calling for a diplomatic resolution to this crisis. I do think that last night you saw a similar set of voices speaking very clearly about the need for a peaceful approach, said the official.

In response to a query, the official said the fundamental question about the role of the Security Council and the meaning of the principles of the UN Charter has been called. There’s now a resolution that is being put on the table and every member of the Council is going to have to decide where they stand.

The official was asked: “You said repeatedly at the top that Russia remains isolated, but last night during the Security Council session, US allies like Brazil and partners like India, the UAE, did not condemn Russia’s actions; they called on all sides to show restraint, even as Russian bombs were starting to drop. So I just wonder if you could explain a little bit more why you see Russia as isolated here. 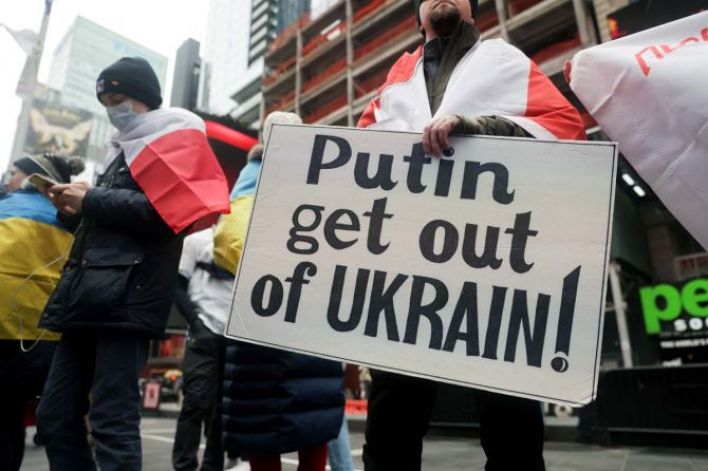 As (US) Ambassador (to the United Nations) Thomas-Greenfield has been saying, this is not the time to sit on the fence. And I think we’ll see over the coming days where members of the Council are on this fundamental question about sovereignty and territorial integrity, and I think you’ll see Russia isolated and held accountable before the rest of the world in the Security Council and then, just as importantly, before all member states in the General Assembly, the official said.

Russian troops launched their anticipated attack on Ukraine on Thursday, as Putin cast aside international condemnation and sanctions and warned other countries that any attempt to interfere would lead to “consequences they had never seen”.