Rs 9,000 crores Selloff! Should you follow FIIs in dumping IT Stocks? Companies are facing a huge problem. What should now happen in the Stock Market?

FIIs offloaded IT stocks worth over Rs 9,000 crore from their current portfolios in September alone, despite a weakening macro environment and looming recession fears.

The sharp underperformance coincides with a consistent reduction in FIIs’ stakes in IT stocks, which are their second largest bet in India after banking and financial services.

“There are concerns about a drop in orders for the segment if the US enters a recession soon.” “However, these concerns have yet to be realized,” said Dr VK Vijayakumar, Chief Investment Strategist at Geojit Financial Services NSE -0.31%.

Despite the fact that the recent selloff in IT stocks comes just ahead of the Q2 earnings season, analysts say it is not indicative of a weak quarter ahead for the IT sector.

Accenture’s Q4 results and FY23 guidance reassured investors that IT spending is not slowing.

According to analysts, the IT sector is expected to post relatively strong Q2 topline performance with little negative impact from the current volatile environment. However, margins may remain mixed due to continued supply-side pressure, high attrition, and the individual impact of wage increases.

“We forecast sequential revenue growth of 2.5-5% in c/c for large companies and 3.5-5.5% for medium-sized companies.”

Mid-tier businesses Client spending on digital competencies will drive growth, as will the translation of TCV into revenues, according to Kotak Institutional Equities.

Edelweiss NSE 0.00% Securities anticipates that most of the stocks under its coverage will deliver strong CC revenue growth in Q2 on the back of strong deal wins in previous quarters, strong headcount addition, and pricing mix improvement.

Investors are also attracted to the sector’s valuation, which is now trading at a PE of 21.6x, down 35% from its peak and 30% year on year.

“We continue to favor tier-I players over tier-II counterparts due to their relative valuation attractiveness and diverse client portfolio.” We prefer TCS, HCL, and Infosys NSE 0.34% among tier-I players,” Motilal Oswal said while maintaining its positive stance on the sector due to a favorable medium to long term demand outlook despite near-term pain.

Despite a drop in IT stocks, here are five reasons why the tech sector’s outlook for 2023-25 looks promising. Mr. Market’s concern that the US and global recession could significantly slow the business of Indian IT and digital transformation services is reflected in the Nifty IT index and Omni DX (a smallcase portfolio of information technology stocks maintained by Omniscience). These fears are greatly exaggerated.

The most important thing to understand about Indian IT companies is that more than half of their revenue is driven by digital transformation and related services, which are mostly driven by cloud computing.

Indian IT firms are partners for the top three Cloud platform providers, which account for 65% of the market, namely Amazon (AWS), Microsoft (Azure), and Alphabet (Google Cloud).

How will the Cloud industry look in 2023?

“AWS is continuing to grow at a very rapid pace,” says Amazon CFO Brian Olsavsky, “and we believe we are still in the early stages of enterprise and public sector cloud adoption.” We see a significant opportunity to continue investing on behalf of AWS customers. We will continue to invest thoughtfully in new infrastructure to meet capacity needs while also expanding AWS to new regions, developing new services, and rapidly iterating to improve existing services.”

The following is Microsoft’s overall revenue guidance across businesses: In both constant currency and US dollars, we expect double-digit revenue and operating income growth. Microsoft expects Intelligent Cloud to grow between 25% and 27% in the coming quarter.

“On Cloud,” says Alphabet CEO Sundar Pichai, “we continue to see strong momentum, substantial market opportunity here, and it still feels like the early stages of this transformation.”

Google Cloud CEO Thomas Kurian cites an International Data Corporation (IDC) report predicting a doubling of public cloud services spending from $500 billion in 2022 to $1 trillion in 2026, a CAGR of nearly 19%. The data presented above demonstrate the strength of the Cloud business from 2022 to 2026 and beyond. 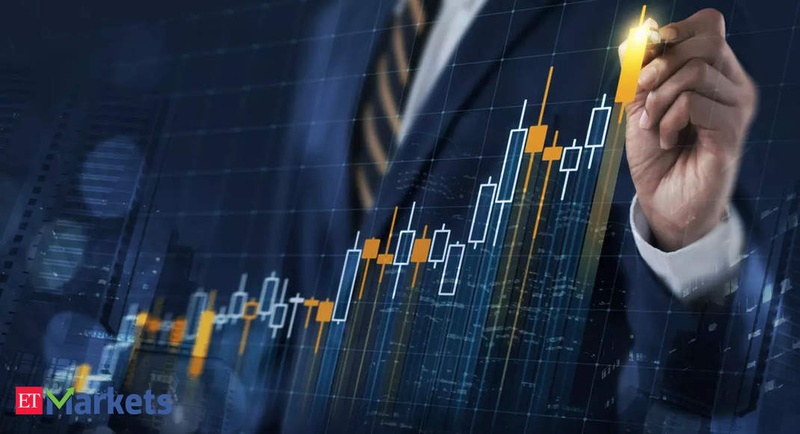 Both are expected to grow at nearly 12-15% annual rates for the next several years. Keep in mind that as the proportion of total revenue devoted to digital and cloud services grows, the overall growth rate is expected to accelerate.

Don’t forget about the rupee depreciation.

The rupee’s depreciation against the dollar, which has been nearly 11% in the last year, is expected to benefit Indian IT companies significantly. On a CAGR basis, the rupee has depreciated by 2.5% to 5% over the long term. This provides additional revenue and profit tailwinds for Indian IT companies.

With earnings yields ranging from 3.5% to 5.5% and long-term growth rates in the double digits, the expected total returns look quite appealing and significantly higher than the market.

One could invest directly in some IT firms, but given the near oligopoly of Indian Digital Transformation Service providers and their ongoing competitive advantages, it makes more sense to invest in a basket of such firms.

One could invest in Nifty IT ETFs or mutual funds, but be aware that some of these funds may be highly concentrated. NIFTY IT Index funds, for example, invest nearly half of their assets in two stocks. Another option is to invest in a smallcase basket of technology stocks. Whatever path you take, make sure the basket is not centered on one, two, or even three stocks.

Of course, there are risks, such as equity risks and sector-specific risks. Furthermore, the Indian IT sector is vulnerable to currency and country risks.

However, a long-term prudent allocation to the digital transformation growth vector within the equity allocation can be considered.

The Nifty IT sectoral index is down more than 30% this year, and it has been a crushing bear market for large-cap IT companies, but Nilesh Shah, MD and CEO of Envision Capital, believes that the time has come for investors to begin accumulating quality IT companies.

Nilesh Shah spoke with CNBC TV-19 about the IT sector, markets, the auto industry, and his outlook for the future. Extracted from the interview:

What are your thoughts on the IT industry?

IT margins are leveling off. The valuation has come down in price. We do not expect margins to deteriorate further from their current levels. The demand environment has not changed. Companies aren’t talking about a slowdown in demand. We do not expect the IT sector to underperform the markets going forward. It’s a good time to start stockpiling high-quality IT equipment.

What about the domestic markets as a whole?

Different pockets of the IT services space will have varying levels of growth. The top two or three IT companies with a large customer base will most likely see growth rates of 10-12 percent.

Tier 2 IT companies will grow at a rate of 15- 20% faster than in the preceding period, which is good when we consider global recessionary talks.

Outlook for the Automotive Industry.

From India’s perspective, auto remains a growth opportunity. We are bullish on autos and auto components as a whole. Demand for Ee is likely to increase by double digits.

We anticipate that the Indian auto and component markets will perform well over the next 2-3 years, though some of this is already priced in.

The Sensex and Nifty have fallen for the third session in a row.

On September 16, Indian markets fell for the third session in a row, following global equities, on expectations that are much more higher-than-expected August consumer-inflation would prompt the US Federal Reserve to respond with a, even more, stronger interest rate hike the next time around.

The BSE Sensex and the Nifty of the National Stock Exchange have both fallen more than 2.3% in the last past three trading-sessions.

According to Tapse, the market now expects the Fed to raise its Funds Rate by 75 basis points, or BPs, at its September 21 meeting, followed by a hike of the same magnitude in November and a further 50 BP increase in December. A basis point is equal to one hundredth of a percentage point.

The US consumer price index increased 8.3% year on year in August.

Here are some of the reasons why Indian markets are declining.

IT stocks are falling: India’s top five most valuable information technology firms have lost a total of Rs 1.60 trillion in market value in the last four sessions, as global equities have fallen following the release of the US inflation number for August, which triggered risk-off bets. 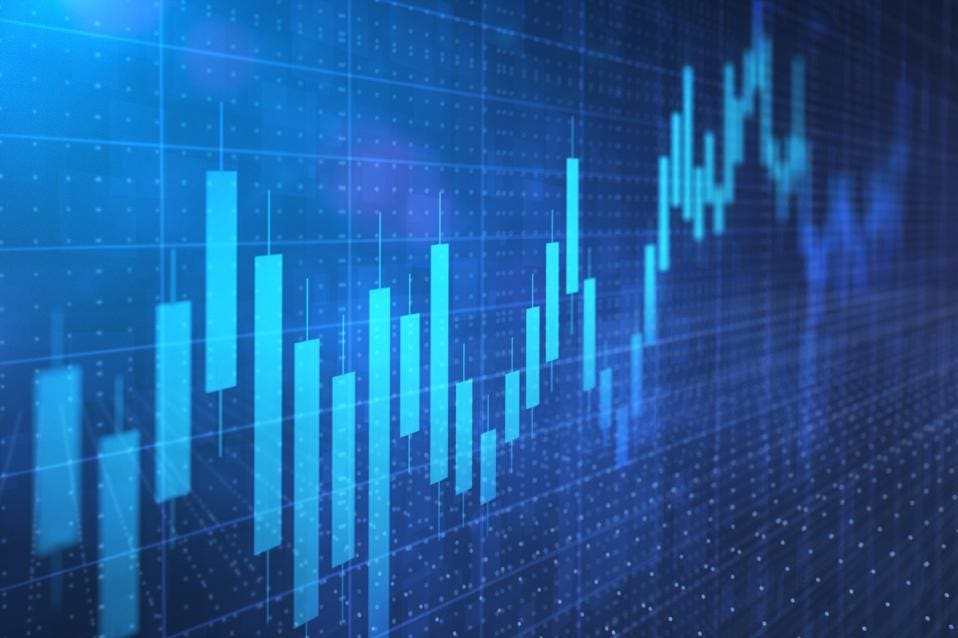 Since the beginning of the year, IT stocks have been in free fall. Goldman Sachs recently downgraded investor sentiment, citing concerns that aggressive rate hikes by the US would push the US, the largest market for Indian IT services companies, deeper into the risk of recession.

Estimates of India’s economic growth have been revised downward by a number of agencies following the June quarter. According to GDP data, Asia’s third-largest economy expanded at a slower-than-expected 13.1% year on year.

Fitch Ratings cut its forecast for India’s economic growth to 7% in FY23 from 7.8% previously, citing elevated inflation and higher interest rates. It also reduced its forecast for the coming fiscal year to 6.7% from 7.4%.

Moody’s reduced its real growth forecast for the calendar year 2022 to 7.7% from 8.8% previously. The Reserve Bank of India reported that consumer inflation in India rose to 7.0% year on year in August, up from 6.7% in July. Analysts now anticipate that the Reserve Bank of India’s Monetary Policy Committee (MPC) will raise interest rates by 50 basis points at its next meeting on September 30, raising the repo rate to 5.90%.

“If inflation remains sticky, we believe the RBI can continue hiking in December, though as things stand, we now expect no action in December,” an analyst added.

The rise in commodity prices, if it continues, is prompting experts to predict that inflation in India will remain high.