The BJP has always been creative at devising names of solutions, policies, government bodies, or portals. The BJP has introduced names like pehal, Ujjwala, Ayush, Sagarmala, Amrut, Hriday, etc. Keeping up with the trend of unique names, the BJP this time came up with a Tiranga yatra for Haryana. Farmers of Punjab and Haryana protested for around eight months on the three farm bills passed by the ruling party. The BJP thought that with time the momentum of the farmers agitation would reduce.

They also hoped that the Coronavirus pandemic would finish the agitation completely. Nothing of that sort happened; hence the BJP had to find a solution to put an end to the protest, hence the unique name. The yatra is supposed to be a two-week-long survey of Haryana. The top leadership of BJP will tour all 90 constituencies of Haryana one by one. This yatra will be a meticulous and careful survey of the constituency where the BJP leadership will engage in talks with the farmers to find the solution to the never-ending protest. 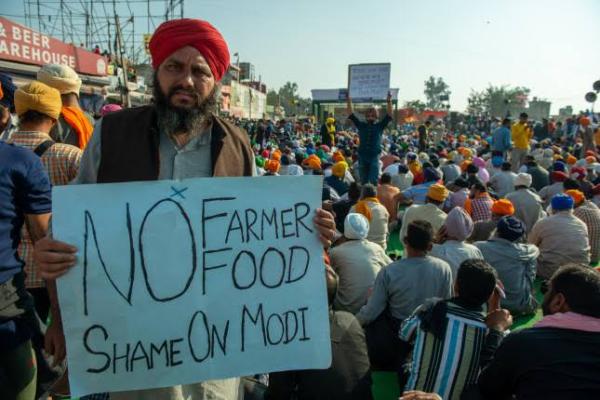 The farmers have been protesting for eight months now, but a comprehensive solution has been devised so late. Why is the BJP reaching out to the farmers now? Successive rounds of negotiations and talks between farmer leaders and the government failed to find a middle ground to the problem. It’s because India will celebrate 75th Independence Day on 15 August 2021. The government supposedly does not want any roadshow or protest rallies by the farmers on Rajpath in Delhi.

What is BJP‘s plan for the upcoming Tiranga yatra?

The top leadership from BJP will carry out a two-week-long survey or yatra in their respective constituencies or areas. Since there are 90 constituencies in Haryana, around 90 BJP leaders will engage in the yatra. Leaders with ministerial portfolios will be allowed to join for more than one constituency. Local leaders are given the freedom to decide the mode of the yatra. For instance, the first Tiranga yatra was carried out in the Loharu constituency of the Bhiwani district on Sunday.

Loharu constituency is represented by State agriculture and farmers welfare Minister J P Dalal. The BJP supporters chose tractors to cover around 40 km from Bahal to Loharu. Tractors symbolize farmers and the agricultural economy. Dalal and BJP state chief O P Dhankar rode on a tractor with tricolor painted on its side during the yatra. J P Dalal has mentioned that few local leaders are walking on foot or paidal yatra while bearing the national flag in their hands. The national flag is probably used to invoke a sense of integrity and nationalism. Thousands of farmers joined this event, hoping solutions lurked in the shadows. 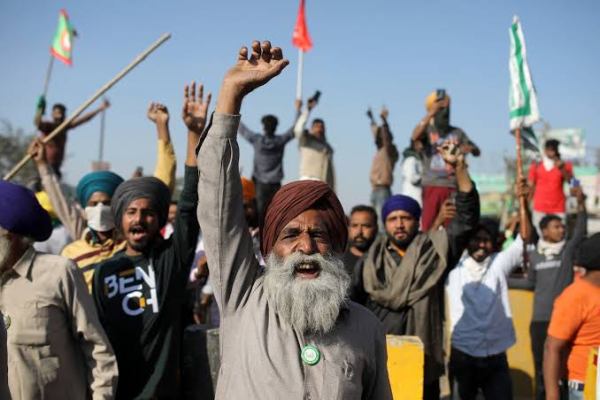 What is the aim of Tiranga yatra that BJP wants to accomplish?

JP Dalal mentioned that few leaders are walking on foot bearing the national flag in their hands. The national flag is being used to inculcate the spirit of patriotism, nationalism, respect for sacrifice amongst the younger generation. The BJP leaders will take part and pay respect to great freedom fighters and unsung heroes who sacrificed their lives for India’s freedom.

Apart from the protest on Delhi borders, every time BJP leaders survey any constituency with the majority of agitators, they have to face protest and resistance. During the eight months, the BJP has been pushed into a corner. The farmers have improvised and are targeting events organized by BJP by staging protests outside the venue of the event.

Apart from the embarrassment, The BJP workers, supporters, and leaders are unable to function smoothly. These protests are hampering day-to-day working of BJP despite being the ruling party in the state. This is a pristine example that indicates the powers of a commoner in democracy. Even the party in power has to bend to the wishes of commoners. BJP chose the guise of Tiranga yatra and paying homage to the freedom fighters because otherwise, BJP would not be welcomed in the state.

It would have been impossible to assemble and talk to the agitators peacefully. This yatra is also boosting the morale and enthusiasm of BJP workers in the state. Due to improvised and unending protests by farmers, the party workers have been sitting idly for a long time. Unified farmers protesting consistently has indeed rendered the party helpless to continue normal activities.

Why are local farmer leaders not opposing the BJP‘s Tiranga yatra?

Since the tiranga yatra exclusively projects patriotism and nationalism, no one in their right mind will oppose the Tiranga yatra. Any individual or organization that opposes the Tiranga yatra will be interpreted as disrespecting national heroes and freedom fighters. 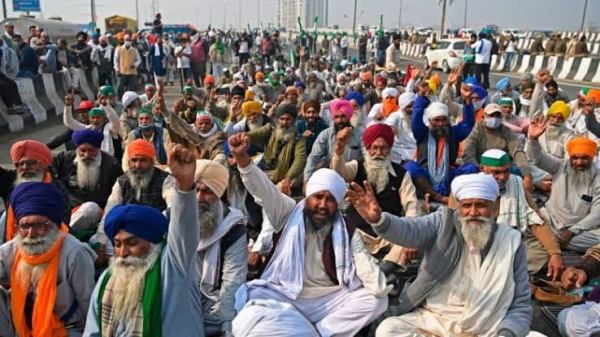 But Samyukta Kisan Morcha has warned the farmers that BJP is trying to defame and instigate farmers under the national flag. The SKM has asked farmers to practice caution and see through the devious plan. SKM can be right about this because-

If the Tiranga yatra faces protest or resistance by farmers, the message circulated in the media will be ‘farmers disrespecting homage to freedom fighters’. Yogendra Yadav, Swaraj India president, and important SKM member has called yatra a ploy. The leaders of SKM will not boycott the yatra but will continue to boycott BJP – JJP.

In response to the SKM claim, OP Dhankar said that the BJP organizes events like these every year. BKU leader Rakesh Tikait said that since Tiranga represents the country’s honor, anyone who opposes it will attract trouble.

The BJP workers will spread the word about Tiranga being insulted by all farmers of Haryana. Tikait has asked agitators to exercise caution and, if possible, to stay away from Yatra. Also, if farmer leaders and agitators boycott the Tiranga yatra, they will be in bigger trouble because the same word will be circulated in the media about Tiranga being insulted. The farmer leaders and agitators are stuck between the devil and the Dead Sea.

Although the farmer leaders are hopeful that their demands on farm laws will be accepted sooner or later, it’s just a matter of time.

What did BJP leaders say about claims of SKM?

Loharu was chosen because it holds strategic importance to the farmer’s agitation. Loharu is one of the main area of farmer agitation but thousands of farmers participated in the Tiranga Yatra which depicts farmers’ trust in the policies of the BJP. BJP state chief OP Dhankar confirmed the above sentiment.

(As mentioned above, the farmers were forced to attend because they cannot boycott it, nor they can protest against it.)

OP Dhankar believed that members of Congress and communists are behind the agitation because farm laws intend to protect the farmers. The farmer’s agitation has a few protesters left now. Same faces protest at toll plaza and add borders of Delhi. The commoners in the village are tired and upset with the agitators. OP Dhankar and BJP believes that since a number of people participated in Tiranga yatra the agitation against farm laws has been curtailed.

How much of it is true – we don’t know yet. But we do know the power of common man in democracy. We are aware of the fact that farmer agitation will revive after the Tiranga yatra is over. But there are high chances that protest on Independence Day are down to nothing. Avoiding protest on Rajpath in New Delhi is a major aim of the BJP.