The budget airline must test each of its operable Q400 aircraft engines within a week, under a directive from the Directorate General of Civil Aviation.

The Directorate General of Civil Aviation (DGCA), India’s aviation watchdog, has mandated a one-week inspection of every operational Q400 engine by low-cost airline SpiceJet. In a statement released today, the DGCA stated that it will take all necessary steps to stop any undesirable incidence.

A SpiceJet Q400 flight from Goa that made an emergency landing in Hyderabad on October 12 at approximately 11 p.m. as a result of The DGCA directive was brought on by the discovery of considerable smoke within the cabin.  Passengers exited safely using the emergency exit when the plane touched down. According to a DGCA official, one passenger had minor injuries while boarding the plane. The DGCA claims that a preliminary investigation discovered signs that engine oil may have infiltrated the aircraft’s air conditioning system and resulted in smoke within the cabin.

To make sure that there are no metal or carbon seal components present, the aviation regulator has asked SpiceJet to provide all oil samples to Canada every 15 days. Additionally, it has directed the airline to check all Q400 magnetic chip detectors right away for any metal particles. Following the emergency landing on October 12, nine planes were diverted that night as a result, according to a Hyderabad airport official who subsequently stated that there were 86 people onboard the SpiceJet aircraft. “On October 12, smoke was noticed in the cabin of a SpiceJet Q400 aircraft flying from Goa to Hyderabad. The aircraft made a safe landing at its destination. Safe disembarkation of passengers took place “stated a representative for the airline.

SpiceJet is already subject to increased DGCA scrutiny since it has recently had operational and financial difficulties. In response to a slew of mishaps affecting SpiceJet’s flights, the DGCA ordered the airline to run no more than 50% of the flights allowed for the summer schedule for a period of eight weeks starting on July 27. The limitations have now been in place until October 29.

The DGCA initiates a probe following the SpiceJet incident with smoke in the cabin; samples are sent to Canada for inspection 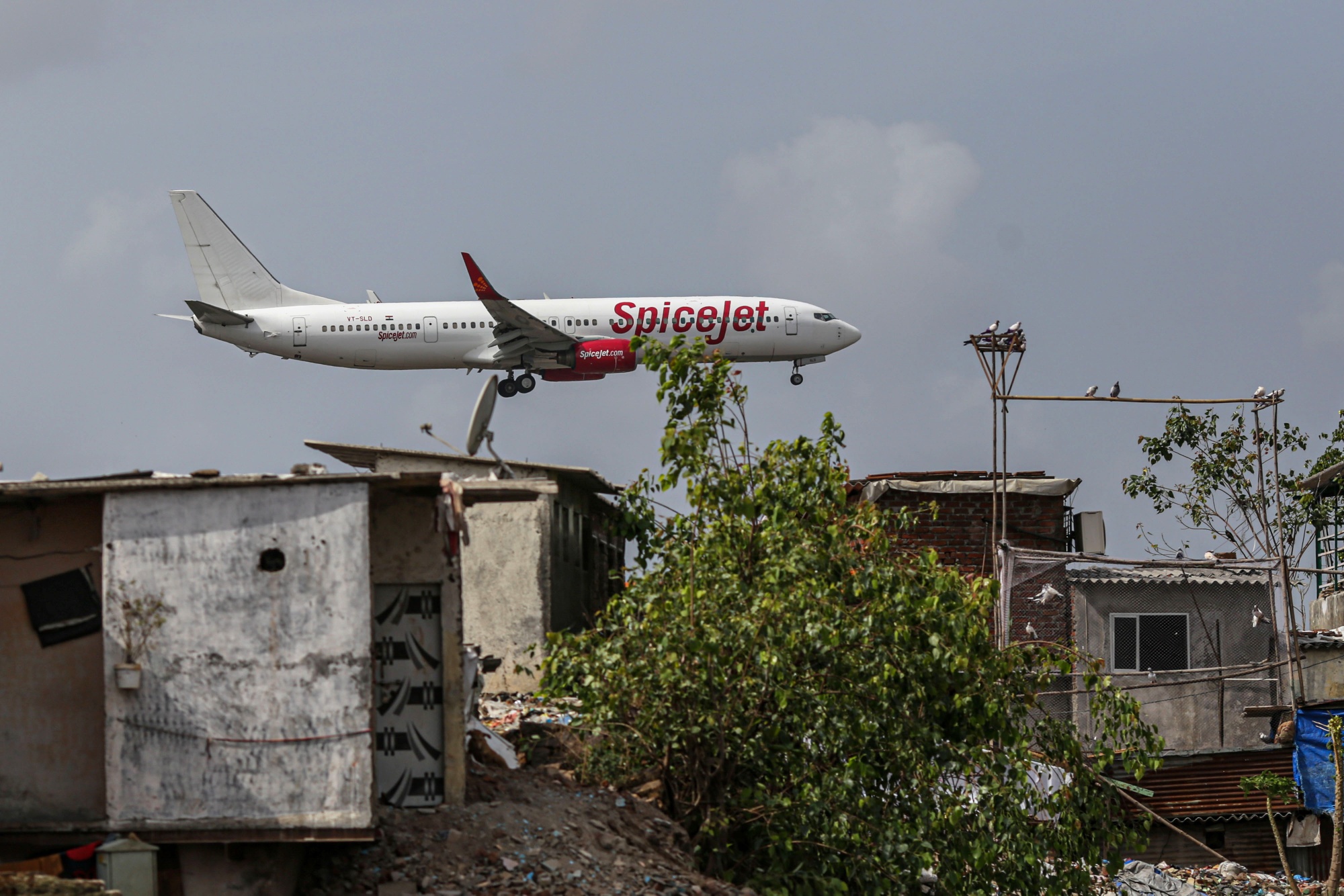 In order to prevent any undesirable incidence, the DGCA stated that it is closely monitoring the situation and would take all necessary steps.

The Directorate General of Civil Aviation (DGCA), following the “smoke in cabin” incident on a SpiceJet aircraft last week, has released a statement indicating that it is looking into the situation. Additionally, it stated that until the investigation is finished, the airline would not ship any additional engines to the StandardAero – Singapore plant for gas turbine engine and accessory maintenance, repair, and overhaul (MRO).

The announcement followed a SpiceJet aircraft from Goa to Hyderabad experiencing smoke in the cabin, which necessitated a “complete emergency landing” in Hyderabad. The passengers exited without incident, however one was sent directly to the hospital after suffering a minor wound. The DGCA launched an investigation into the occurrence following the incident.

According to the regulator, a preliminary examination revealed that engine oil had leaked into the engine bleed-off valve from the engine, which then entered the air-conditioning system and caused smoke within the cabin. According to the report, SpiceJet was tasked with inspecting the bleed-off valve screen and housing for signs of oil wetness for the whole Q400 fleet, which consists of 14 operating aircraft, as well as sending Pratt & Whitney Canada engine oil samples for examination.

According to the DGCA, no more engines will be sent to StandardAero – Singapore for refurbishment until the investigation is finished because of this incident and another one that occurred recently and involved the same business.

Additionally, the airline needs to send engine oil samples to Pratt & Whitney Canada for analysis every 15 days instead of 30 days. Within one week, all operational engines will undergo a boroscopic inspection, three engines received from StandardAero – Singapore will be boroscopically inspected by tonight, the bleed-off valve screen and housing will be inspected for the wetness of oil, and magnetic chip detectors (MCDs) will be inspected immediately.

The DGCA stated that it is closely monitoring the situation and would take all necessary steps to prevent any unfortunate incidents.