The president, according to a spokesperson, then invoked the harsh laws to “ensure public order.” On Friday, unions staged a nationwide strike demanding his resignation due to the worsening economic crisis. As a result, the government will call on the military to help local police authorities.

The state of emergency gives the police broad powers of search and arrest. People can be incarcerated for long periods without the possibility of bail. Police today fired tear gas and water cannons at students trying to storm the Sri Lankan parliament, as the country was brought to a standstill by a union strike calling on the government to resign. 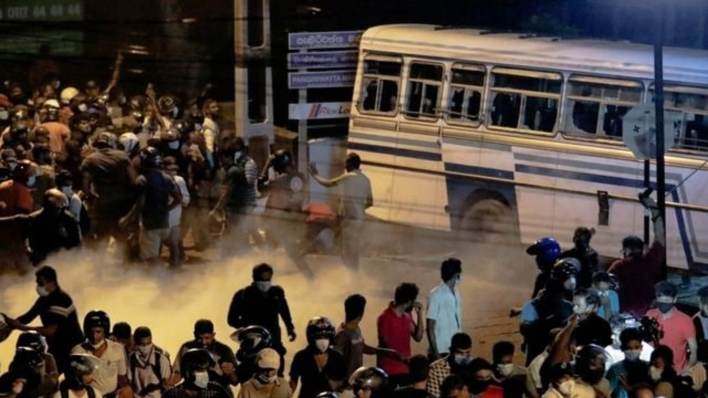 Months of power cuts and severe shortages of food, fuel, and pharmaceuticals have caused widespread suffering in this island nation, comprised of 22 million people. The government’s mishandling of the crisis, the worst in Sri Lanka since independence in 1948, sparked continued protests calling for his resignation.

However, these coercive tactics risk inflaming public opinion and provoking clashes between security forces and ordinary citizens. Demonstrations are unlikely to be called off by desperate people. With trade unions now taking to the streets, the situation is likely to worsen, potentially leading to widespread violence. Since Thursday, thousands of student protesters have camped on the way to the Legislative Assembly, located on an artificial island in the capital, Colombo. 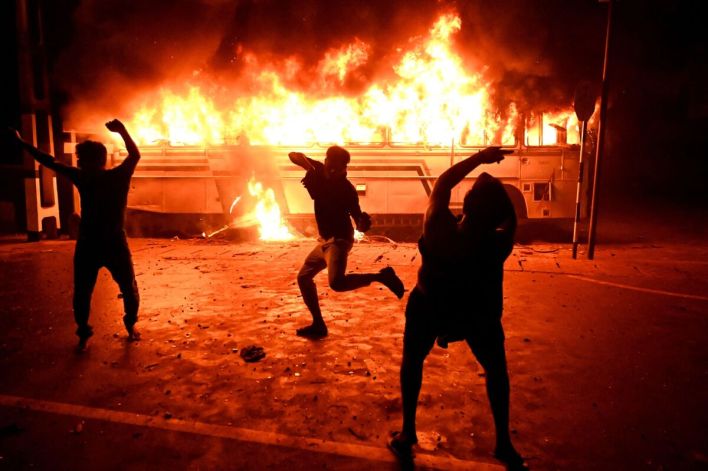 Crowds quickly gathered behind police barricades set up to block access to parliament after officers fired tear gas and water cannons from two trucks. After a previous unsuccessful attempt on Thursday afternoon, police tried again with tear gas to disperse the crowd. People’s anger is directed at the government for the country’s dire plight, and the economic mess has now turned into a full-fledged political crisis.

They won’t stop until the president and his brother, the prime minister, resign. Although a change of government is unlikely to improve the economy, they do want the Rajapaksa brothers out of power for the time being. Millions of workers are on strike today, and all but one of the scheduled trains have been cancelled, thanks to the country’s labor movement. Private buses were driven off the road as workers demonstrated outside their workplaces and black flags were hung across the country in protest against the government. The emergency is the regime’s clumsy response to unprecedented public outrage, which peaked on May 6 with the hartal.

The state of emergency allows the military to enter public spaces, which could On the other hand, if the regime does not resign, utilities and services may need to be maintained indefinitely, and a general strike is scheduled for May 11, “says Dayan Jayatilleka, former diplomat, editor, writer, and prominent intellectual of ‘President Gotabaya will not resign, but Mahinda Jayatilleka Rajapaksa will, so there will be bloodshed before he is forced to According to the President of the Association of Private Bus Operators, Gemunu Wijeratne, private buses account for two-thirds of the total. “We do not provide services today.

If a group of people wishes to participate in anti-government campaign events within a 20-kilometer radius, we will provide our buses free of charge,” the As of this writing, it appears that the Rajapaksa family, once idolized by the Sinhalese Buddhist masses themselves, are Sri Lanka’s most despised public figures.

The one silver lining is that all Sinhala Buddhists, Muslim, Hindu, and Christian Tamils, as well as people from the north and east, the central areas, and the south, are united in their opposition to the Rajapaksa family.

Despite escalating demonstrations across the island, including one camp outside his seafront office for nearly a month, Mr. Rajapaksa insisted that he would not resign. Since the utility companies were unable to pay for fuel imports, they imposed a log blackout of electricity while long lines of people snaked around petrol and kerosene service stations.

India, in reaching Colombo, must make it clear that the aid it is providing is for the people, not to rescue President Gotabaya Rajapaksa.

They have become symbols of hatred, and any foreign power seen to be supporting the President will be punished. People are clamoring for blood and want the Rajapaksa family punished, but the situation is such that no political party has the power to clean up the mess.

The crisis is the result of years of financial mismanagement compounded by the pandemic as well as the president’s mistake of banning chemical fertilizers and switching to organic farming overnight. The government-backed election of the Deputy Speaker of Parliament has given hope to Rajapaksa that they would be able to muster the votes needed to defeat the opposition’s no-confidence motion.

However, there is still anger against the politicians who ba cked the government candidate. Due to allegations by a Tamil MP that he was seen persuading fellow lawmakers to vote for the government-backed deputy speaker, protesters gathered in front of opposition leader and former Prime Minister Ranil Wickrema’s home this morning.

After the election of the Deputy Speaker, Opposition Leader Sajith Premadasa slammed a fellow MP. Those MPs who support the current leadership are voting for their survival. However, he will exhibit those who will put their survival before making this corrupt regime responsible.

The island nation of 22 million people is currently in a severe economic crisis with the Rajapaksa administration unable to find a way out. Protests continue unabated, and even a change of PM or government will not be enough to appease the public. While India pledged $5 billion in aid, Colombo turned to its main lender, China, to seek a debt rollover similar to Pakistan’s.

Sri Lanka is also in talks with the IMF for financial assistance to help it deal with the current crisis. China holds 10% of Sri Lanka’s total debt, with the World Bank, the Asian Development Bank, and Japan holding the rest. Almost 3% of Sri Lanka’s debt is held by India.

The economies of India’s other two neighbors and China’s allies, Nepal and Pakistan, are in shambles due to poor governance, rising external debt, and food inflation. The three economically troubled countries are part of China’s Belt Road Initiative and are heavily indebted to Beijing due to commercial loans from China’s EXIM bank.

The current economic crisis in India’s neighborhood poses a challenge to the Modi government, as does the public outrage in those countries, resulting in a humanitarian crisis, with refugees pouring in from north Sri Lanka in Tamil Nadu and Nepal via open borders.

Pakistan has already secured a loan pledge from Saudi Arabia and the United Arab Emirates after the current regime tried to restore ties with the two kingdoms after the departure of Imran Khan, but the situation in the Islamic Republic is disastrous.

All the Modi government can do is provide a financial package to quell public outrage in these countries that India’s national security is not threatened by growing Islamic radicalization. While Nepal has banned the import of luxury items and Pakistan has rationalized fuel and electricity subsidies, Sri Lanka appears to be heading for disaster, with public opinion completely against the Rajapaksa government and the opposition does not have the strength to provide a policy. 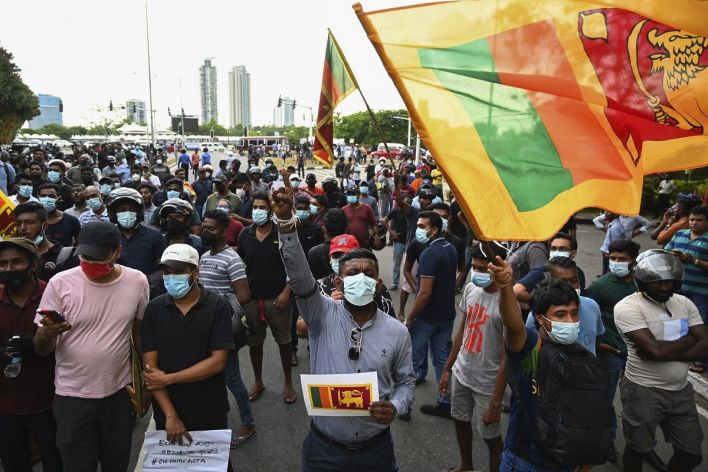 With China’s economy stagnating for the first time in a long time as a result of tough anti-COVID measures in nearly half of Beijing and all of Shanghai, the Middle Kingdom would be hesitant to provide economic aid to these tributary states without it.

Why is margin trading considered to be a double-edged sword?