Today, very few significant companies or organisations were founded from the start. Most of them, including Tesla, Google, Apple, and Pixar, got their start in tiny garages with a great idea and a tonne of hard work. Entrepreneurs develop incredible business ideas and newer ways to put them into practice every day. But, this is easier said than done because companies require much initial work, capital, and support to succeed. As part of its funding programme, Google has aided some of the greatest startups, and some of those firms have grown into well-known corporations.

Equity and venture capital firms can help with this. Investors provide the crucial initial investment in a business if they believe the concept is at least moderately sound. Blackstone and Apollo Global Management are some equity investment firms, while Google Ventures is a venture investment firm. Before finding out which businesses Google sponsors, let’s first understand how funding works.

How does Startup Funding Works?

Evidently, various types of funding depend on things like startup valuation, clientele, strategy, revenue model, and other technological aspects. These funds fall under the following categories:

David Krane serves as the CEO of Google Ventures, a division of Alphabet and Google’s parent company. Since its start, Google Ventures, now referred to as GV, has concentrated on assisting founders with a vision for entrepreneurship’s future. GV has invested in more than 500 portfolio companies and constantly seeks out new, disruptive businesses and concepts.

The business owners, physicians, and other experts on the GV team have a plethora of expertise and a deeper grasp of the startup ecosystem than others. This team of professionals, engineers, consultants, and fund managers helps GV get around challenges and offers suggestions to enhance services. GV invests in businesses, medical sciences, consumer products, and cutting-edge technology across all stages and industries. GV has so far made 988 investments. In 2022, GV invested $3.3 Million in a consumer software studio in New York.

Who hasn’t heard of Uber, the most well-known taxi service in the digital age? It has become one of the most popular cab booking systems globally, used by both frequent cab users and cab drivers. In addition to providing consumer services, it participates in the food delivery sector. By periodically integrating safety features in its Community Guidelines, Uber has consistently offered trustworthy door-to-door service and will do so going forward. Uber is the most significant investment Google Ventures has made so far. Google Ventures has made an estimated $1.8 billion investment in Uber.

Through smart algorithms, a blogging platform called Medium suggests that users blog. Readers can choose the topics they want to read from the most recent research papers, articles, and blogs published by renowned publishers and experts in many sectors. Due to its success and investment, Medium caught Google’s attention. Medium offers a writer community that includes journalists, authors, experts, and regular people, with 170 million users and increasing.

StockX is the world’s first “Stock Market for Things”, claims Google Ventures. In this online marketplace, buyers and sellers post their offers and asking prices, and only when both parties are present does a transaction occur. To sell everything that may be sold, from sneakers to watches, all you need to do is register for StockX’s platform. The series B fundraising totalled $44 million, with contributions from Battery Ventures and Google Ventures.

GV Investment: $600 million (along with other investors)

Stripe is one of the most widely used payment gateways for mobile applications and online purchases. Today, Stripe is the go-to payment processor for millions of new businesses and seasoned offline and online enterprises. You may use Stripe in these circumstances through the software or its API, whether it be Software as a Service, an online platform, or your marketplace.

Google Venture declares, “Stripe is the finest way to collect payments online and in mobile apps.”

GitLab is a DevOps platform that automates the development and simplifies communication. GitLab can provide robust automation with real-time security and vulnerability monitoring because so many businesses rely on its source code, CI/CD, and security. Additionally, GitLab is used by well-known, market-dominating companies like Nvidia, Siemens, and Drupal. Google Ventures funded GitLab’s Series C and Series D funding rounds.

DocuSign is a global leader and a worldwide standard for eSignatures. It was a pioneer in the field of eSignature transaction management. Google played a significant role in DocuSign’s expansion. DocuSign has attracted more than 500k users and hundreds of millions of signers. DocuSign was developed with the notion that online document management must be considered because most modern organisations will need to go online. Google Ventures contributed to a Series D round in June 2012.

See also  Ford, Daimler to suspend production at European factories due to COVID-19

One Medical is currently aiming to reinvent healthcare via the use of innovation and technology. Currently, One Medical offers and arranges in-person or online appointments, 24/7 on-demand video chats with a virtual medical team, over 90 drop-in lab tests, COVID-19 testing and care, and over 90 drop-in lab procedures. OneMedical also collaborates with more than 7000 companies to offer employee perks. Google Venture made a contribution to a round of private equity investing in December 2015.

Essential pharmaceuticals are delivered to remote areas of the world by the Zipline startup using electric aircraft and drones. It executes crucial, on-demand, and precise deliveries wherever and whenever necessary reliably and safely. On-demand delivery is now available everywhere, thanks to Zipline. With customer-focused, cutting-edge technology, Zipline seeks to displace the traditional delivery system. Invested in the May 2019 Series C investment round was the Google project. In its most recent fundraising round in June 2021, Zipline raised $250M, giving the firm a $2.5 billion valuation. 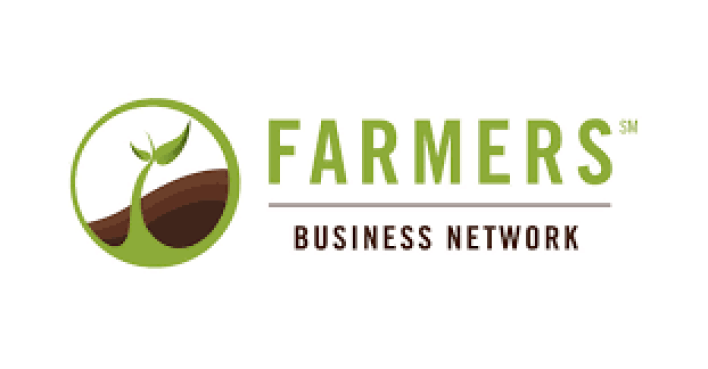 A system called the Farmer Business Network gives farmers access to cutting-edge knowledge and real-time data analysis to help them understand and enhance their crops and harvests. It is a global Agritech company with the mission of assisting farmers in reducing production costs, boosting agricultural productivity and output, and making informed decisions about their crops. Farmer Business Network can help farmers manage contracts, choose seeds, inspect fields, and plan operations with its top-notch agriculture marketing and financial services. In 2015, Google Ventures invested $15 million in FBN. They completed a $870 million series G fundraising round in November 2021.

According to Google Venture, Farmers Business Network “generates valuable insights from real-time data to assist farmers in understanding and enhancing their crop perform 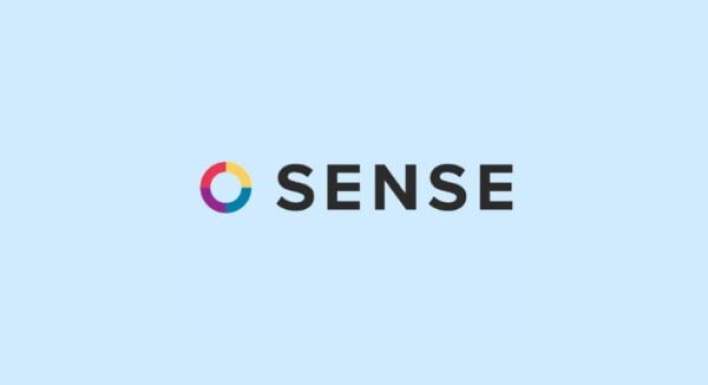 Sense, a platform for talent engagement and communication powered by artificial intelligence, was launched in 2015 by Dharni and Pankaj Jindal. The company is well known for providing enterprise-ready technology that includes talent acquisition teams with a system of communication. The company’s headquarters are in San Francisco.

So far, Sense has helped many firms identify, hire, deploy, and automate manual tasks for recruiters. The business earned $16 million as part of its Series C investment from backers such as Avataar, Google Ventures, Accel, and Khosla Ventures. The business reportedly intends to utilise this funding to hire more people, expand into new markets, introduce new products, and gain a foothold in the Indian market.

For mid-market enterprise data teams, Scribble Data’s ML Feature Store is a product of ML engineering. Enrich, the company’s flagship product and a highly customisable machine learning feature are well known. With the help of the store product Scribble Enrich, data scientists can more rapidly and confidently develop and maintain production-ready datasets that are used to train ML models.

Data-driven companies like Google and Amazon made an unknown financial investment in the organisation in May 2020. Thanks to Google funding for companies like Scribble, the platform has been able to scale and deliver Enrich in global markets for enterprise-grade Machine Learning products. 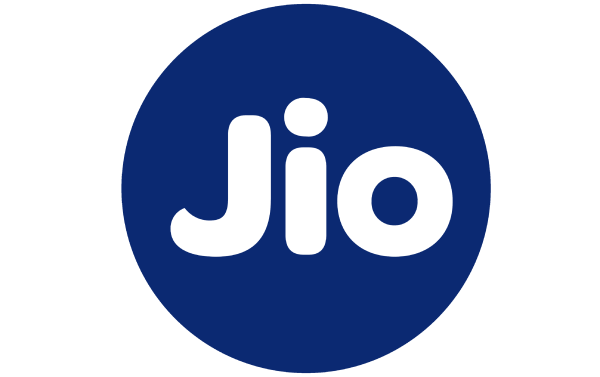 Jio Platforms is a subsidiary of Reliance Industries and an Indian technology company. Mumbai, Maharashtra, serves as the company’s corporate headquarters location. The corporation acts as a holding company for Jio, the third-biggest mobile network in the world and the major digital business for Reliance. By market value in 2020, Jio Platforms had risen to become the fourth-largest Indian company.

In November 2020, Google invested $4.5 billion in the Jio platform, making it the biggest investment ever made by an Indian company. Google reportedly owns more than 7.73 per cent of the company as of this writing. The company has now raised Rs 1.52 lakh crore by selling an additional over 33% equity to over 13 financial and strategic investors in less than 11 weeks. This will help the company to cut down Reliance’s net debt target for the full fiscal year.

AI-powered life coach Wysa was developed to promote mental and emotional well-being. The company, which was first launched in 2017, gives customers a choice to activate coach and connect anonymously. The business offers three ways to get early intervention:

Google Ventures India made an undisclosed investment in the AI Platform in May 2021. Wysa was one of the original ten startups chosen in 2018 for Google Launchpad Accelerator India. The Sleep by Wysa app, on the other hand, was selected as the best app in 2021 by the Google Play Store. According to Crunchbase, the company has raised $3.9 million in fundraising over three stages. 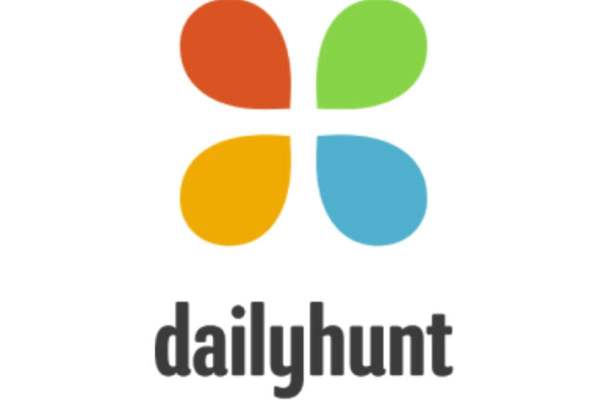 Dailyhunt is one of India’s most popular content and news aggregation apps. The company’s corporate headquarters are in Bengaluru, Karnataka. News can be found on the web in 14 Indian languages for more than 300 million users. As of 2015, Dailyhunt was the largest provider of e-books in the Indian language, with 70,000 titles across ten languages.

By the end of 2020, AlphaWave, Microsoft, and Google were among the investors who had contributed more than $100 million to Dailyhunt. The company became a unicorn when its valuation exceeded $1 billion due to Google fundraising rounds. The company plans to use the funds to increase the amount of content available in local languages on its Josh app. Firms in India that Google backs have an estimated $10 billion over a few years.

Glance is a startup that has received money from Google and was founded in 2018. The company provides games, audiovisual content, and news on the lock screens of more than 100 million smartphones. The company, which is a part of the InMobi Group, is well known for using AI to provide customers with a personalised experience.

Google and previous investors like Mithril Partners gave the business about $145 million in a new fundraising round. According to Google, Glance is an excellent example of innovation that caters to mobile-first and mobile-only consumers while providing content in many Indian languages. Startups like Glance have grown and widened their audience thanks to funding from Google.

MPC increases the repo rate by 50 basis points to 5.40 per cent and How would it impact the stock and bond markets?