The Hidden Trend That May Boost Telecom Stocks in the Future

India has made notable technological progress in all fields, and the Center is doing everything it can to broaden its applications.

Similarly, the Centre declared in the most recent budget that it would hold a telecom spectrum auction in 2022 to facilitate the rollout of 5G far sooner than the original timeframe.

“Growth and job possibilities may be made possible by telecommunications in general and 5G technology in particular. To support the roll-out of 5G mobile services by private telecom operators between 2022 and 2023, necessary spectrum auctions will be held in 2022 “During his statement on the budget, the minister announced.

Additionally, it is predicted that 5G technology will boost the Indian economy by $450 billion between 2023 and 2040. To assure the spread of 5G technology throughout the nation, 5G Spectrum Trials are now being carried out in India.

By December 2024, it aims to have 70 percent of towers fiberized, average broadband speeds of 50 Mbps, and a rollout of 50 lakh kilometers of fiber optic cable across all of India.

The second-most populous nation in the world is India. It follows naturally from this that a large number of people use its telecom services.

India thus has the second-largest telecommunications industry in the global economy. Nearly 1.16 billion subscribers are served.

This number comprises 795 million internet users, the majority of whom use wireless technology. The telecom industry generates a staggering Rs.64, 000 crores in income per quarter.

This sector will grow as a result of opportunities for expanded penetration, particularly in rural regions, the introduction of 5G services, and supportive government policies. 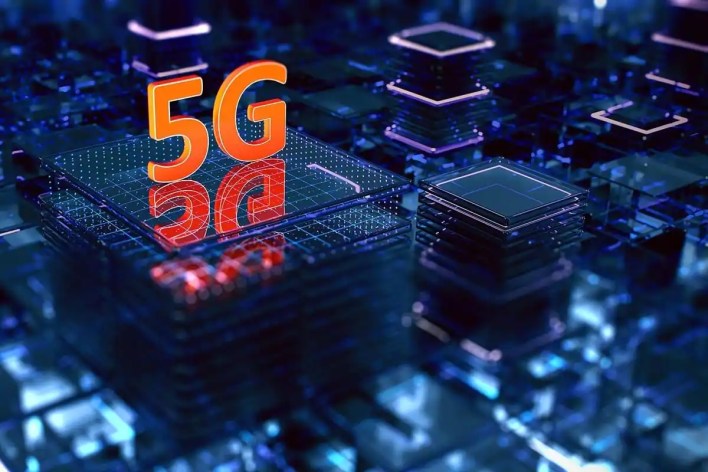 The telecom regulator identifies a few evolving patterns that might be advantageous to certain of the leading businesses.

The total telecom revenue increased by 13% YoY to $ 26 billion during the fiscal year ending in 2022, according to the most recent information provided by TRAI, India’s telecom regulator.

The number has increased by 52% as compared to the fiscal year that ends in 2019.

The increase in telecom revenue is the result of pricing increases implemented by all telecom operators beginning in November 2021.

The overall revenues they reported for the fiscal year ending in 2022 have since significantly increased.

While Reliance Jio and Bharti Airtel both recorded business growth of 18 and 22 percent, respectively, year over year. Due to substantial subscriber turnover, Vodafone Idea reported a decline in total revenues.

In addition, the regulator provided some intriguing data that highlights a few intriguing themes. These consist of:

The top three telecom providers, led by Reliance Jio, accounted for 92.8 percent of the sector’s overall revenues in the fiscal year that ends in 2022.

Only Vodafone Idea saw its market share decline to 18.2 percent, a 2.4 percent decrease from the previous year. And that is not a singular occurrence.

Since the fiscal year that ended in 2018, Vodafone Idea’s market share has dropped sharply, from 38.5 percent to 18.2 percent.

In contrast, Reliance Jio’s market share has increased, rising from 10.8% of the market in the fiscal year that ended in 2018 to 39.5 percent at present. 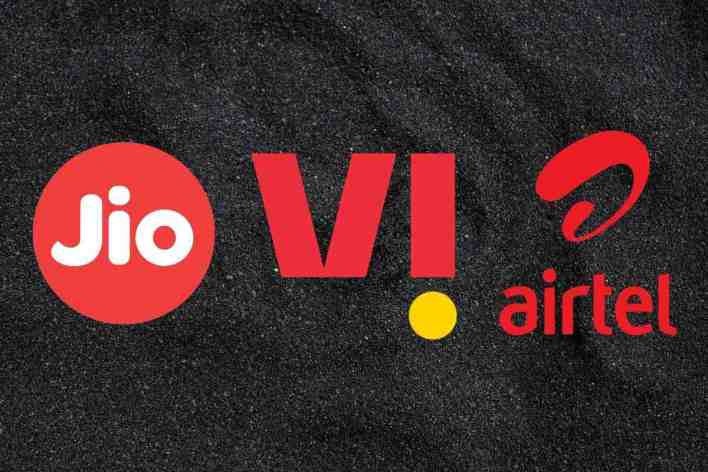 However, Bharti Airtel’s market share growth has outperformed Reliance Jio’s for the first time since Jio’s introduction, which is encouraging for Bharti Airtel shareholders.

The four market segments that make up the telecom customer profile are known as “circles” in the sector. Metros, A-circles, B-circles, and C-circles are these.

But why is this significant?

Every circle not only has a unique growth profile, but each player also has a unique share in each of these circles.

Therefore, evaluating the players in these circles’ potential growth and market share dictates their fate.

The combined proportion of the A-circle and B-circle in total telecom revenues is a startling 76 percent. Although Bharti Airtel is a close second in the A-circle, Reliance Jio is the market leader in both segments.

The most recent information provided by TRAI indicates:

Let’s find out who stands to gain the most from these trends noted by the TRAI as there are just three significant competitors in the Indian telecom sector.

List of the three major competitors in the Indian telecom sector: 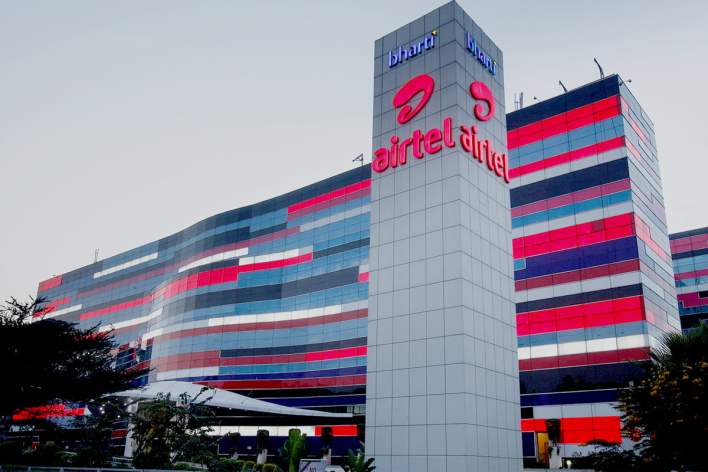 Bharti Airtel, sometimes known as Airtel, is a New Delhi-based provider of telecommunications services in India.

The blue-chip business, which has a large market share, has been working hard to launch 5G as soon as possible and has budgeted Rs.1.17 lakh crore for spending on its subsidiaries, Nxtra, Indus Towers, and Bharti Hexacom, over the next five years.

This funding will mostly be used to get India‘s digital infrastructure ready, which would aid the telco in smoothly launching 5G services. Although Bharti Airtel’s market share growth has for the first time surpassed Reliance Jio’s, its long-term viability is in doubt.

With a larger subscriber base and better overall revenues, the company comes in second place to Reliance Jio.

However, numerous unanswered questions remain. 19 GB of constant data bandwidth per subscriber is still just half as much as what Reliance Jio offers.

Furthermore, the expansion of Bharti Airtel’s data revenue may be further hampered by the new promotional offerings by Reliance Jio.

The company’s balance sheet is heavily leveraged from a financial perspective. Despite the high debt levels, the corporation has redoubled its efforts to deliver the balance sheet.

Additionally, there is a considerable chance they might pay off their debt earlier than anticipated due to the altered competitive environment and greater development possibilities. In the immediate future, Bharti Airtel appears to be well-positioned to grow quickly.

With a customer base of over two billion, Bharti Airtel is one of the top three telecom providers worldwide.

The company’s business is still doing well. The current interest coverage ratio is 1.6x, while the debt-to-equity ratio is 2.6x.

It was the first company in the nation to perform a live 5G demo and has a network that is 5G ready. Airtel, a company that is always inventing, has unveiled Airtel Safe Pay, Airtel IQ, Airtel Secure, and Airtel IoT. 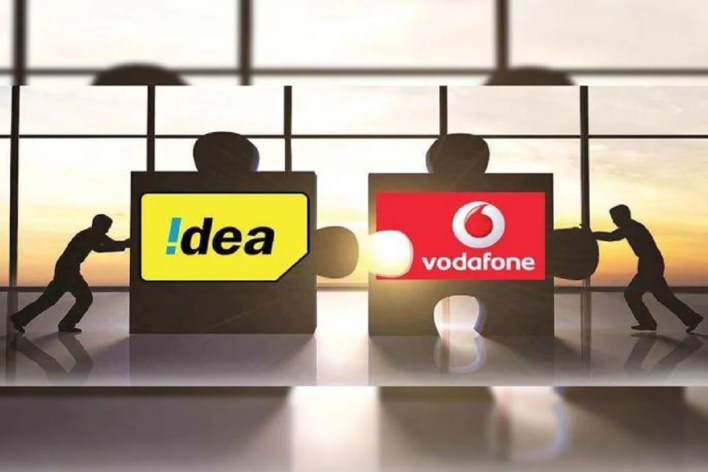 A company that offers phone and internet services is Vodafone Idea Limited. It is a leading provider of telecom services in India.

The Company was created through the merger of Vodafone and Idea, two top telecom providers. Mumbai serves as the company’s administrative center.

For more than five years, Bharti Airtel and Reliance Jio have surpassed Vodafone Idea in terms of market share.

Unfortunately, nothing has changed, and the most recent data released by TRAI supports this.

Both operationally and financially, the organization has been having trouble. Credible rating agencies’ constant downgrades have increased financing expenses, which has further hurt profitability.

While the promoter group, Vodafone Group Plc, and the renowned Aditya Birla group have invested a total of 4,500 crores, the business has been unable to find outside investors to sustain its operations.

Revenues and profitability have decreased during the last five years as a result of the company losing market share.

Due to its recent merger, it is generating economies of scale, which is assisting in the consolidation of its market share.

More than Rs.40 billion has been saved annually as a result of a significant cost optimization exercise it undertook last year. The company’s profitability is anticipated to be significantly impacted by these savings. It is anticipated to have a role in the next 5G market. 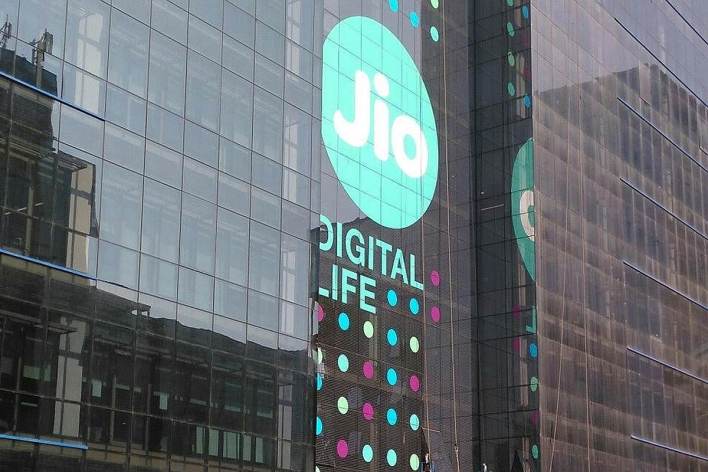 The unlisted player has increased its subscriber base since the conclusion of the 2018 fiscal year and has a pronounced dominant presence in the high-growth industries.

However, the leader noted a slight decline in subscribers for the first time in 2022.

As Reliance Jio has been hiking tariffs, the level of pricing aggression to acquire market share appears to have diminished.

Even while the current trend, as stated by the TRAI, appears to favor Airtel, we are unsure of its viability.

With over 1.14 billion users, India is the second-largest telecom market in the world and has always been subject to strong competition.

For many years now, ongoing tariff conflicts have made it difficult to be profitable.

Bharti Airtel has been able to persevere in the face of adversity, but aggressive upstart competitors like Reliance Jio have shattered Vodafone-Idea.

The recent tariff increases that were successfully implemented by all participants have reduced the risk of competition even if it still exists.

Any top telecom company is ideally situated to benefit from the current industry developments. The top telecom stocks typically exhibit these qualities as well:

Most of the top telecoms firms are already market leaders. Any dominating telecom business that maintains solid financial discipline and keeps using its competitive advantages is likely to continue rewarding investors, whether through stock price growth, dividend hikes, or both.

In some capacity, communication services will always be necessary. Telecom is an industry that never goes out of style. The Indian government has just given the telecom industry a big boost.

To expand this industry, they have provided Rs.12,195 crores in production-linked incentives. Future industry growth will be aided by this.

Additionally deploying 5G internet services in the telecom industry will fuel rapid expansion. By 2026, the market share for 5G is anticipated to reach 27%. 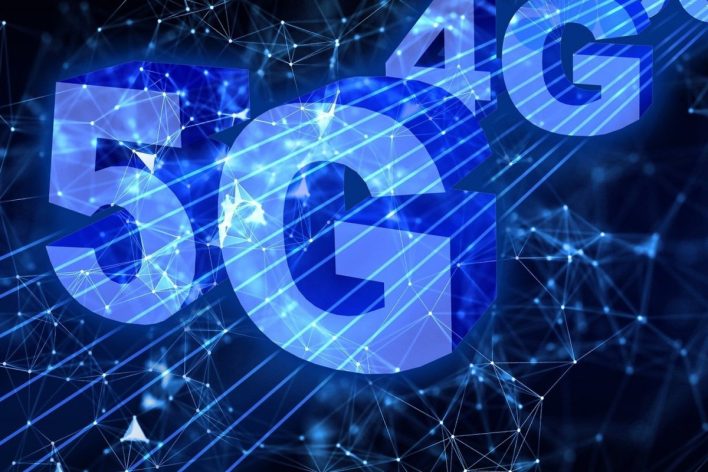 The government has made it simple to access the market for telecom equipment, and a fair and proactive regulatory structure has ensured that consumers may get telecom services at reasonable costs. The sector is one of the fastest expanding and the top five employers in the nation as a result of the deregulation of Foreign Direct Investment (FDI) standards.

India will require 22 million skilled people in 5G-focused industries by 2025, including cloud computing, robots, and the Internet of Things (IoT).

A 6G innovation group has also been established by the government. This suggests that the leading telecom businesses will continue to innovate and expand.

How did the war between Russia and Ukraine trigger a food crisis?