The Food Crisis: What Was the Trigger of The Russia-Ukraine War?

Food prices were already rising across the world, and the conflict exacerbated the situation by preventing approximately 20 million tons of Ukrainian grain from reaching the Middle East, North Africa, and portions of Asia.

Russian aggression in Ukraine is blocking grain from leaving the “breadbasket of the world,” rising food prices throughout the world and threatening to exacerbate food shortages, poverty, and political unrest in developing nations.

Russia and Ukraine together export about a third of the world’s wheat and barley, as well as more than 70% of the world’s sunflower oil and a significant amount of corn. Russia is the world’s leading producer of fertilizers. Food prices were already rising across the globe, and the war exacerbated the problem by preventing 20 million tons of Ukrainian grain from reaching the Middle East, North Africa, and portions of Asia.

Weeks of talks on safe lanes to transfer grain out of Ukraine’s Black Sea ports have stalled, despite the fact that the summer harvest season is approaching.

“This has to happen in the next few months (or) it’ll be horrible,” said Anna Nagurney, a crisis management student at the University of Massachusetts Amherst and a member of the Kyiv School of Economics’ board of directors.

According to her, 400 million people throughout the world rely on the Ukrainian food supply. UN Food and Agriculture Organization figures indicate that up to 181 million people in 41 countries might experience food shortages or worsening famine this year.

Here’s a breakdown of the world’s food crisis:

WHAT EXACTLY IS THE CONTEXT? 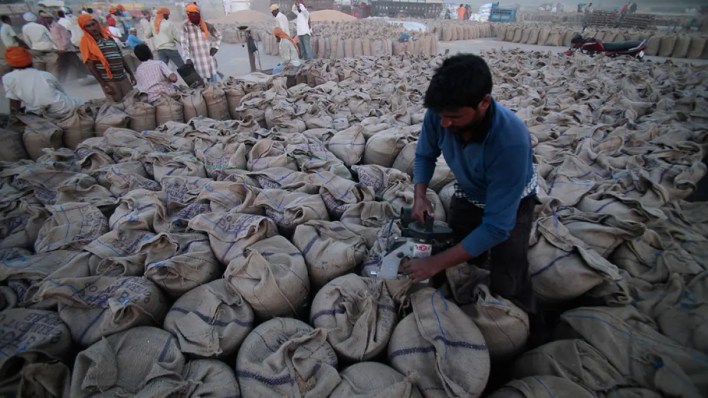 Typically, 90 per cent of wheat and other food from Ukraine’s crops is delivered to international markets by sea, but Russian blockades of the Black Sea coast have slowed this process.

A little amount of grain is being diverted through Europe by train, road, and river, but it’s a drop in the bucket when compared to sea routes. The cargoes are also slowed because Ukraine’s train gauges differ from those of its western neighbours. Markian Dmytrasevych, Ukraine’s deputy agricultural minister, has requested European Union parliamentarians for aid in increasing grain exports, including extending the use of a Romanian port on the Black Sea, establishing new cargo terminals on the Danube River, and reducing red tape at the Polish border.

However, this implies that people who need food are much further away. “To return to the Mediterranean, you must now travel the entire length of Europe.” According to Joseph Glauber, a senior research scholar at the International Food Policy Research Institute in Washington, “it has added an amazing amount of cost to Ukrainian grain.” Since the conflict, Ukraine has been able to export about 1.5 million to 2 million tons of grain each month, down from over 6 million tons before the war, according to Glauber, a former top economist at the US Department of Agriculture.

The grain from Russia is also not getting out. Moscow claims that Western restrictions on its banking and shipping industries make it hard for Russia to export food and fertilizer and that international shipping firms are afraid to transport it. Russian authorities have demanded that sanctions be repealed in order for grain to reach global markets.

Sanctions, however, do not apply to food, according to European Commission President Ursula von der Leyen and other Western officials.

WHAT ARE THE OPPOSING POINTS OF VIEW?

Russia has been accused by Ukraine of attacking agricultural infrastructure, burning farms, stealing food, and attempting to sell it to Syria after Lebanon and Egypt refused to buy it. Maxar Technologies’ satellite photographs from late May show Russian-flagged ships loading grain in a port in Crimea, then docking in Syria with their hatches open days later.

Russia, according to Ukrainian President Volodymyr Zelenskyy, has sparked a worldwide food catastrophe. Russia is weaponizing food, according to authorities such as European Council President Charles Michel and US Secretary of State Antony Blinken. Russia claims that shipments will restart if Ukraine clears mines from the Black Sea and inbound ships are inspected for weaponry.

Sergey Lavrov, Russia’s foreign minister, assured that his country would not “abuse” its naval superiority and would “take all necessary efforts to guarantee that the ships may depart freely.”

Officials from Ukraine and the West are sceptical of the commitment. Because the position of the explosive devices is known, Turkish Foreign Minister Mevlut Cavusoglu suggested this week that it may be possible to build secure passageways without having to clear naval mines.

Other problems, such as whether insurers would cover ships, would remain unanswered.

The only answer, Dmytrasevych told EU agriculture ministers this week, is to beat Russia and unblock ports: “No other short-term solutions, such as humanitarian corridors, will solve the problem.”

WHERE DID WE COME FROM, AND HOW DID WE GET HERE? 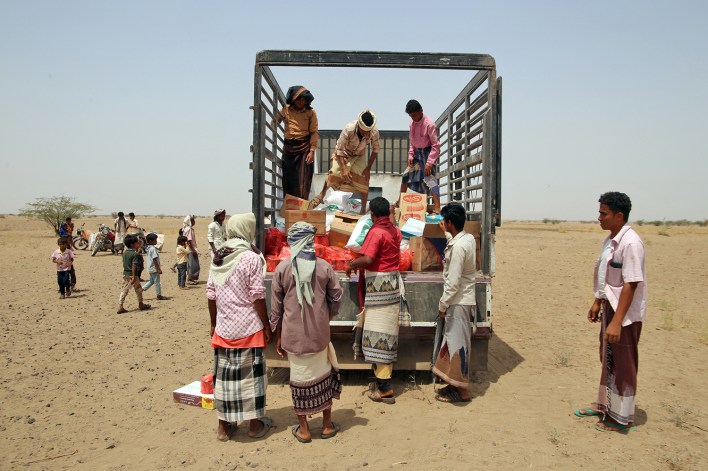 Prior to the invasion, food prices were rising due to causes such as harsh weather and poor harvests depleting supply, while worldwide demand increased significantly following the COVID-19 epidemic.

Glauber mentioned weak wheat harvests in the United States and Canada last year, as well as a drought in Brazil that harmed soybean output. The Horn of Africa is experiencing one of its worst droughts in four decades, exacerbated by climate change, while wheat harvests in India were lowered by a record-breaking heat wave in March.

Other large grain-producing countries have been unable to fill in the gaps due to this, as well as rising fuel and fertilizer prices.

See also  Will return to India in a few days, says Adar Poonawalla

WHO HAS BEEN HIT THE HARDEST?

Ukraine and Russia mainly export basics to underdeveloped nations, which are the most vulnerable to price increases and scarcity.

“The poor are bearing the brunt of the burden,” Glauber remarked. “That is, without a doubt, a humanitarian issue.”

Aside from the prospect of starvation, rising food costs put such countries at risk of political instability. They were one of the catalysts for the Arab Spring, and there are fears that this will happen again. According to Glauber, developing-country governments must either allow food prices to grow or subsidize expenses. He believes that a reasonably rich country, such as Egypt, which is the world’s top wheat importer, can afford to endure increased food expenses.

“Poor nations like Yemen or the Horn of Africa are going to need a lot of humanitarian assistance,” he warned.

Famine and starvation are ravaging that portion of Africa. Prices for necessities such as wheat and cooking oil have more than doubled in some instances, while millions of cattle used for milk and meat have died. The Russia-Ukraine confrontation in Sudan and Yemen occurred on top of years of domestic strife.

UNICEF has warned of an “explosion of child deaths” if the world continues to focus solely on the conflict in Ukraine. More than 200,000 people in Somalia risk “catastrophic famine and starvation,” 18 million Sudanese may suffer severe hunger by September, and 19 million Yemenis face food insecurity this year, according to UN agencies.

Wheat prices have surged by as much as 750 per cent in some of those nations.

“There were no vegetables or animal items,” Liku remarked of a seller selling prepared meals. There will be no meat if there is no milk. The shopkeeper explained to us that she’s simply a regular person. To save flour, bakeries in Lebanon that used to sell a variety of flatbreads now sell plain white pita bread.

WHERE ARE WE NOW? 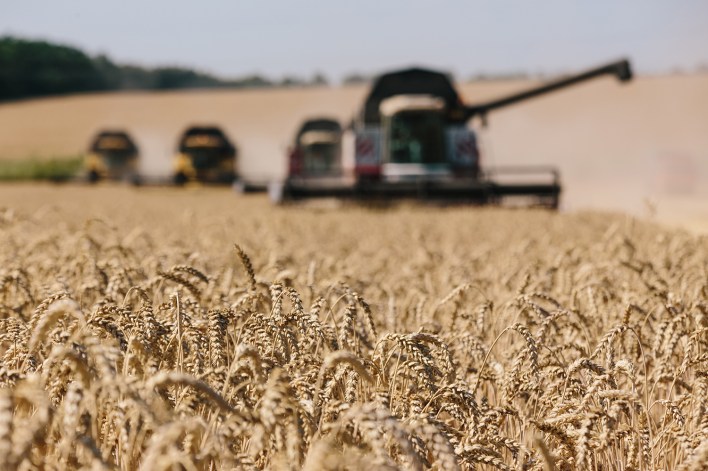 For weeks, United Nations Secretary-General Antonio Guterres has been attempting to reach an arrangement that would allow Russia to resume grain and fertilizer shipments while also allowing Ukraine to move goods from the vital port of Odesa. However, development has been sluggish.

In the meanwhile, a large volume of grain is stranded in Ukrainian silos or on fields. And there’s more to come: Ukraine’s winter wheat harvest will begin shortly, placing an even more significant strain on storage facilities, despite the fact that some fields will likely go unharvested due to the conflict. Serhiy Hrebtsov’s farm in the Donbas area has a mound of grain that he can’t sell since his transportation routes have been cut off. Due to a lack of buyers, prices are so low that farming is no longer viable.

“There are various choices for selling,” he continued, “but it’s like throwing everything away.”

President Joe Biden of the United States says he’s working with European allies on a plan to erect temporary silos along Ukraine’s borders, notably with Poland, as a solution to the country’s differing rail gauges.

Grain will be placed into silos and then “into automobiles in Europe, get it out to the ocean, and get it throughout the world,” according to the plan. “However, it will take time,” he remarked in a speech. After Russian soldiers demolished silos or captured locations in the south and east, Ukraine’s grain storage capacity was cut by 15 million tons to 60 million tons, according to Dmytrasevych.

WHAT IS THE EXTRA COST?

According to the United Nations Food and Agriculture Organization, global wheat, rice, and other grain output are predicted to reach 2.78 billion tons in 2022, down 16 million tons from the previous year and the first fall in four years.

According to the FAO’s wheat price index, wheat prices have increased by 45 per cent in the first three months of this year compared to the same period last year. Vegetable oil costs have increased by 41%, while sugar, meat, milk, and fish prices have all increased by double digits. The rises are driving up global inflation, making goods more costly and growing costs for restaurant owners who have been obliged to raise prices as a result of the increases.

As a result, several governments are attempting to defend local sources. India has imposed export restrictions on sugar and wheat, while Malaysia has suspended live chicken shipments, scaring Singapore, which imports a third of its poultry from its neighbour.

According to the International Food Policy Research Institute, if food shortages worsen as the war carries on, further export restrictions will be imposed, pushing prices even higher.

Another issue, according to Steve Mathews of Gro Intelligence, an agro data and analytics business, is the scarcity and high cost of fertilizer, which means fields may be less productive if farmers cut corners. There are particularly severe shortages of two of the essential fertilizer compounds, both of which Russia is a significant source.

“We will see diminishing yields if we continue to have the potassium and phosphate scarcity that we have today,” Mathews added. “There is no doubt about it in the next years.”

Genome sequencing of corona samples ramps up in Delhi