The role of media in international relations

Influencing operations with the CNN effect: The role of media in international relations: The sudden outrage shown by Islamic countries against the BJP spokesperson, the narrative developed by Pakistan on Kashmir attracting US Secretary of State Blinken’s statement that the US was monitoring Indian officials for human rights abuses,’ the ongoing attacks on the government for allegedly taking a pro-right wing approach,’ and NATO’s narrative on the Ukrainian conflict indicate that the media is now assuming the rapidity with which the BJP spokesperson’s comment was broadcast, eliciting reactions from various Islamic countries, demonstrates the media’s invincible power in shaping international relations.

Similarly, when it comes to the Ukrainian issue, the NATO narrative dominates, while the Russian narrative is seldom covered in the electronic media. While 100 countries stayed neutral or stood with Russia, just 93 countries supported NATO; the latter’s story has received widespread attention. Although there is no case to be made in favour of the Russian invasion, this is another illustration of the media’s influence. NATO and its allies either own or influence the major media conglomerates and networks.

The examples mentioned above demonstrate the media’s prowess in international relations: media reigns supreme in international relations, and domination in this area offers one an advantage over others. With current media technologies playing a pivotal role in perceptions and image-making, the battleground of international politics has evolved from geographical and physical levels to communication levels, turning the home population into a weapon of opponents.

Several decades have passed since scholarly and political debates focused on the connection between television coverage of humanitarian aid and subsequent intervention decision-making. The “CNN impact,” which covered all electronic channels such as Al-Jazeera and the BBC, was coined at the time. They were viewed as the main force behind the humanitarian intervention in Somalia (1992-93) and Bosnia and Herzegovina (Bosnia and Herzegovina) (1995). However, their viewpoint shifted when they could sway public opinion and push governments to adopt specific actions, including the mobilization of armies. These channels were simultaneously addressing the bulk of the public, forming perceptions based on media reports. Media pressure may have triggered the air power involvement in Bosnia and Herzegovina in 1995 and Kosovo in 1999. The action in Northern Iraq in 1991 is primarily attributed to media pressure to defend Kurdish refugees since geopolitical considerations were the driving factor. During this time, 24-hour networks broadcasted coverage of the anti-Saddam actions.

Several advancements in communication technology, including mobile satellite broadcasting and equipment, the emergence of digital cameras embedded in mobile phones, and the Internet of Things, including the World Wide Web, brought world events to a large portion of the world population practically in real-time. Any incident may be recorded on ‘a camera,’ and the information can be transmitted quickly throughout the world via the internet or other kinds of global media.

As governments and terrorists realized the power of the media, they began to utilize it to defend their agendas. Despite the lack of proof, the US predicted in 2002-03 that Saddam Hussein possessed WMD and could use them in 45 minutes. The UK JIC released their intelligence assessment on this topic in a coordinated fashion, which was quite hazy and did not imply that Iraq had WMD at the time.

However, this was an experiment in projecting a viewpoint to shift people’s perceptions worldwide to legitimize the US and its allies’ activities in Iraq. The goal was to gain control of the region’s oil. One of the essential uses of communication channels for projecting a predetermined goal was this. Terrorists have also begun exploiting the Internet of Things to spread violent ideas.

Following the 9/11 attacks, operations against the Taliban began at this time. The “War on Terror” narrative was used to justify actions in Afghanistan and Iraq, to eliminate the danger posed by Islamic fundamentalist militants. It didn’t matter that the US had been helping Islamic extremists in that region, via Pakistan, in their fight against the USSR. China developed the Three Warfares theory at the end of the twentieth century to bolster its claims over neighbouring regions while criticizing the United States and its allies. Psychological warfare, media warfare, and lawfare were among them.

It was able to manufacture artificial islands and weaponize them using these. Despite all past agreements, it continues to strive to modify the LAC to its benefit. The Sino-Pak axis is harming India’s interests. They make unusual bedfellows—one is a communist, while the other is an Islamic fundamentalist—but national concerns may bring the ideologically opposed nations together. Al Qaeda has joined Pakistan and is threatening strikes on India, demonstrating the Pakistani establishment’s continued link.

Their united endeavour to target India’s civic society is far more dangerous. Pakistan is unconcerned with Uyghur oppression; instead, it uses disinformation to promote anti-Indian policies. The influence operations, based on well-devised strategies derived from big data, are intended to sway public opinion against the present government.
Terrorist groups based in Pakistan have attacked India, radicalizing young people in India, notably in J&K. This is presently happening in India, where a campaign of terror is being waged against Hindus.

This is part of a well-coordinated strategy, including Pakistan and other nations who see India’s ascent as a threat to their interests. Those countries watched with bated breath as several West Asian countries developed tight ties with them. Along with this, India’s ascent, as evidenced in Quad meetings, India’s hard stance on the Ukraine-Russia issue, and the expansion of links with South East Asian states, can only cause the established powers to be concerned about losing their grip on international systems. 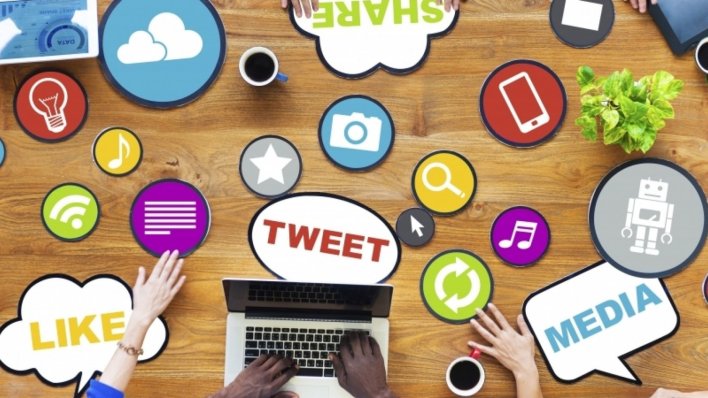 The main issue is that in today’s media climate, opponents have gained the ability to utilize domestic populations to oppose government policies, even when they are correct, by generating a negative perception. This necessitates citizen participation in well-informed policy debates. Experts should be involved in gently portraying the errors in opponents’ ideas, particularly in well-informed discussions and articles.

Our enemies have well-oiled and controlled media sources like Global Times and numerous other research publications to convey their point of view. Hate speech and heated debates on electronic media or social media platforms must be put to an end. The government may begin talks with the opposition, which is reeling from a loss of authority and is readily playing into rivals’ hands.

India Reports 7240 New Covid cases in single day, Why are Covid cases rising despite of such a large vaccination drive in India?