What is the new gender recognition bill in Scotland that the UK government may decide to block? The UK’s first self-identification system for people who want to change their gender has been implemented in Scotland. The provisions of the laws and the debate surrounding them are listed below.

The United Kingdom Prime Minister Rishi Sunak confirmed that his government may oppose the legislation a day after Scotland passed its gender recognition law, according to The Guardian on Friday.

According to a report in The Guardian, other Westminster officials expressed their willingness to consider the “nuclear option” of stopping the new law from receiving royal assent, despite the prime minister’s statement that “it is completely reasonable” for the UK government to examine it.

Shona Robison, the social justice secretary for Scotland, had earlier responded to the criticism of UK politicians by stating that her government would take any obstruction of the law to court.

The Scottish parliament hailed December 22 as “a historic day for equality” after passing the landmark legislation that made Scotland the first region of the UK to implement a self-identification system for people who want to change their gender.

Scotland: What does the new law recognising gender entail?

The law makes significant changes to the procedure for obtaining a certificate of gender recognition (GRC).

Currently, they must submit an application to a UK gender recognition panel and two medical reports, one of which must include a psychiatric diagnosis of gender dysphoria and the other listing any medication or surgery they may have undergone to alter their sexual characteristics. Before applying for the GRC, candidates should have lived in their acquired gender on a long-term basis for at least two years.

The current system “has a negative impact on people applying for gender recognition,” according to the Scottish government. Additionally, it states that the application process for the GRC “can be demeaning, intrusive, distressing, and stressful.”

Applications will be submitted to the Registrar General for Scotland rather than the UK panel under the new gender recognition law. Additionally, it eliminates the requirement for a gender dysphoria medical diagnosis and, for the first time, opens up the application process to applicants aged 16 and 17.

The new self-identification system mandates that applicants have resided in the acquired gender for at least three months and six months, respectively, for those who are under the age of 18, before applying. Before a certificate is issued, it also gives the applicant a three-month window for reflection. What is the law’s subject of contention?

Law reformers, according to their detractors, risk undermining the rights that women have fought for over a long period of time. They worry that men who abuse women might use the new system to undermine their safety.

Reem Alsalem, the UN’s special rapporteur on violence against women, warned the equalities committee of the Scottish parliament that the introduction of gender self-identification could allow violent men to “get into women’s spaces and have access to women” through legal loopholes.

In the meantime, author J.K. Rowling, a steadfast opponent of trans rights, claimed that the Scottish government’s reforms had “triggered” her because “erasing the concept of sex removes the ability of many to meaningfully discuss their lives.” She even shared a selfie on Twitter in October of this year while wearing a T-shirt labelling Scotland’s first minister, Nicola Sturgeon, a “destroyer of women’s rights.”

The leaders of the Scottish Conservative Party have also charged the government with hastily passing the law and failing to fully explain the reforms. The Scottish Conservative Party’s Rachael Hamilton reportedly told Social Justice Secretary Robison that her party does not have support from the Scottish people for the new law and that, “in the rush to make the process a little easier for trans people, the government is making it easier for criminal men to attack women,” according to a report by The Guardian.

Criticism that is anti-trans?

Many, according to Scottish First Minister Nicola Sturgeon, are using the matter to spread transphobia. According to Sturgeon, who identified herself as a “lifelong feminist,” trans rights are not in conflict with women’s rights, and, as has frequently happened before, when those who are discriminated against act as allies rather than opponents, things can get better for everyone.

Despite the toxic debate that caused a rift within the ruling Scottish National Party (SNP), Scotland’s lawmakers passed contentious legislation that will make it simpler for transgender people to legally change their gender, according to The Scotsman, a newspaper based in Scotland.

The gender recognition certificate application age will be lowered to 16 thanks to the bill’s passage, and the amount of time an applicant must live as their newly acquired gender will be reduced from two years to three months.

It also does away with the requirement for a gender dysphoria medical diagnosis in order to obtain the certificate.

After a long week of parliamentary review, the legislation was passed by a vote of 86 for and 39 against on Thursday (Local Time).

The SNP experienced the largest rebellion in Scottish Parliament history during the passage of the most recent law, as nine rebels on the government benches voted against the Bill. According to The Scotsman, Scottish Labour also saw two of their junior spokespeople resign after defying the whip and voting against the Bill.

Following the vote, Scottish Labour’s spokespeople for drugs and mental health, Claire Baker and Carol Mochan, respectively, resigned from their positions. The party’s justice and education spokespeople, Pauline McNeill and Michael Marra, were each given leaves of absence so they could skip the vote. 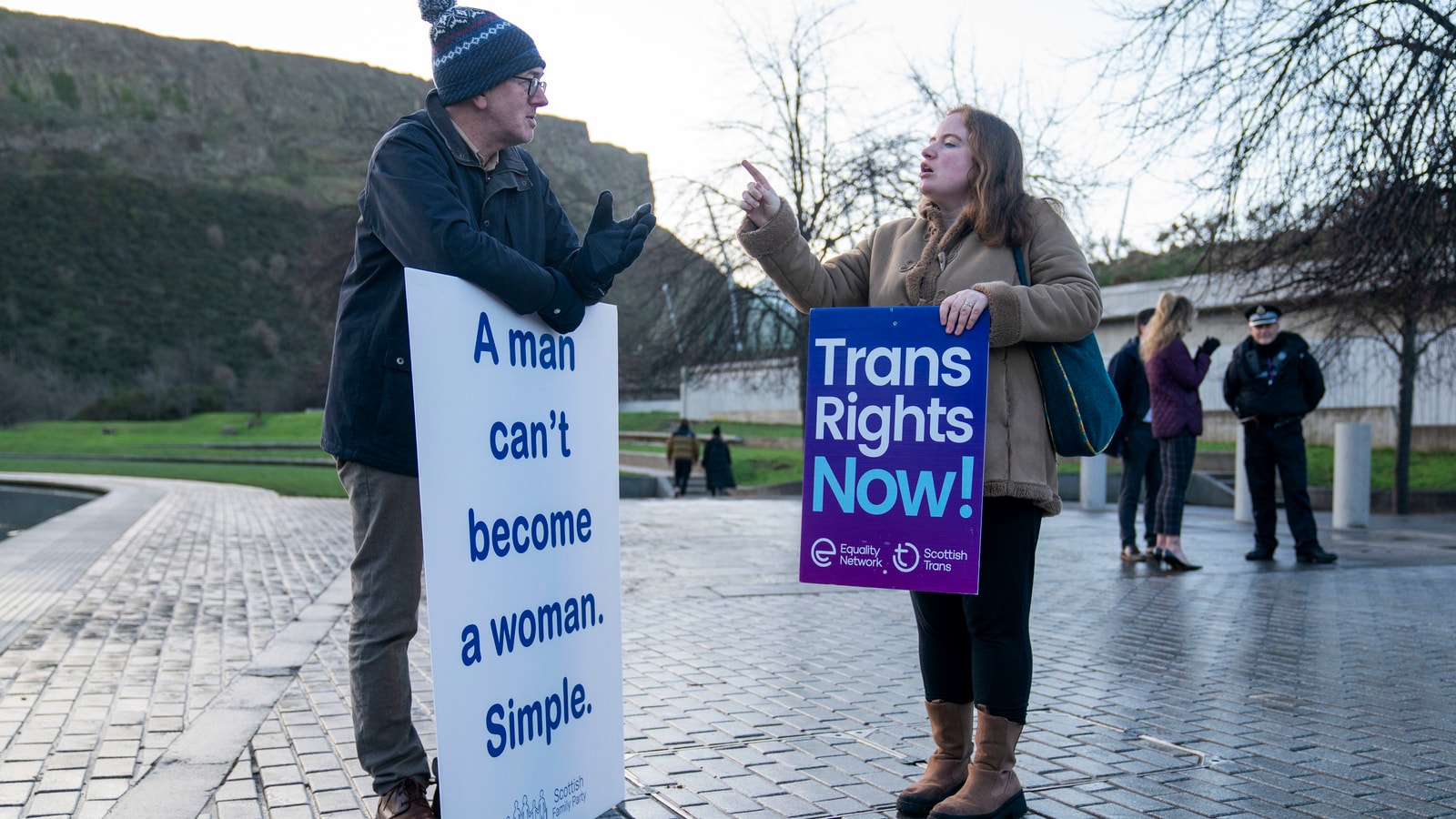 According to The Scotsman, the Scottish Conservatives, who allowed their MSPs a free vote, saw three members support the Bill, two more than at stage one.

However, the UK Government stepped in right away and suggested it might use previously untapped powers found in the Scotland Act to challenge the Bill in the Supreme Court. The UK Government may intervene and prevent the passage of a Bill under Section 35 of the Scotland Act if it thinks the Bill modifies the law on reserved matters or has a negative impact on how the law is applied to reserved matters.

According to The Scotsman, Scottish Secretary Alister Jack stated that many people are concerned about various aspects of this Bill, particularly the safety concerns for women and children, and that the government should take legal action in the Supreme Court.

The Scotsman cited Jack as saying, “We will closely examine that in the coming weeks, as well as the implications for the 2010 Equality Act and other UK-wide legislation, up to and including a section 35 order stopping the Bill from receiving Royal Assent if necessary.”

After the “decisive” vote in favour, Cabinet Secretary for Social Justice Shona Robison stated that it would be “very disappointing” if the Bill were to be rejected.

“It would be very disappointing,” she said, “if the UK Government didn’t respect Scottish democracy and the Scottish Parliament’s decision. This is a completely devolved area of policymaking. 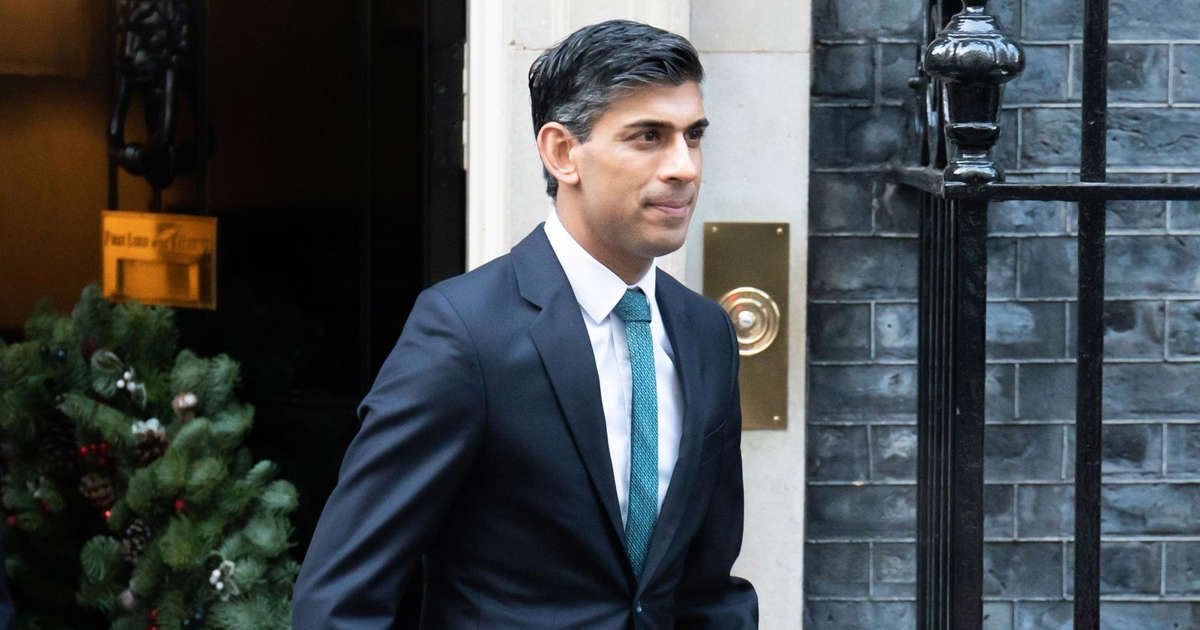 The main criticisms of the law are that women’s rights and trans rights may conflict and that abusive men will infiltrate women’s spaces as a result of these laws. There doesn’t appear to be any evidence to support these claims. For instance, no rise in assaults on women and girls in spaces designated for only one gender has been noted in nations where gender self-identification is legal, such as Norway, Malta, and the Republic of Ireland.

Is a small group of self-described feminists being misled by a patriarchal “divide-and-conquer” strategy in attacking the trans community, claims Dr. Ash Brockwell, an activist and transmasculine academic at the London Interdisciplinary School?

The Combahee River Collective’s and black feminist Barbara Smith’s work suggests that any liberation movement needs to centre the voices of the most marginalised people. Because of their continued marginalisation and vulnerability, transgender people experience microaggressions as early as childhood.

What is Good Governance Day, how is it celebrated?