The first and only rule for political and economic forecasting is to choose a huge, rounded figure that grabs attention. Consider the recent prediction of the Minister of Petroleum and Natural Gas, Hardeep Singh Puri, that the Indian economy will grow to $10 trillion in size by 2030. 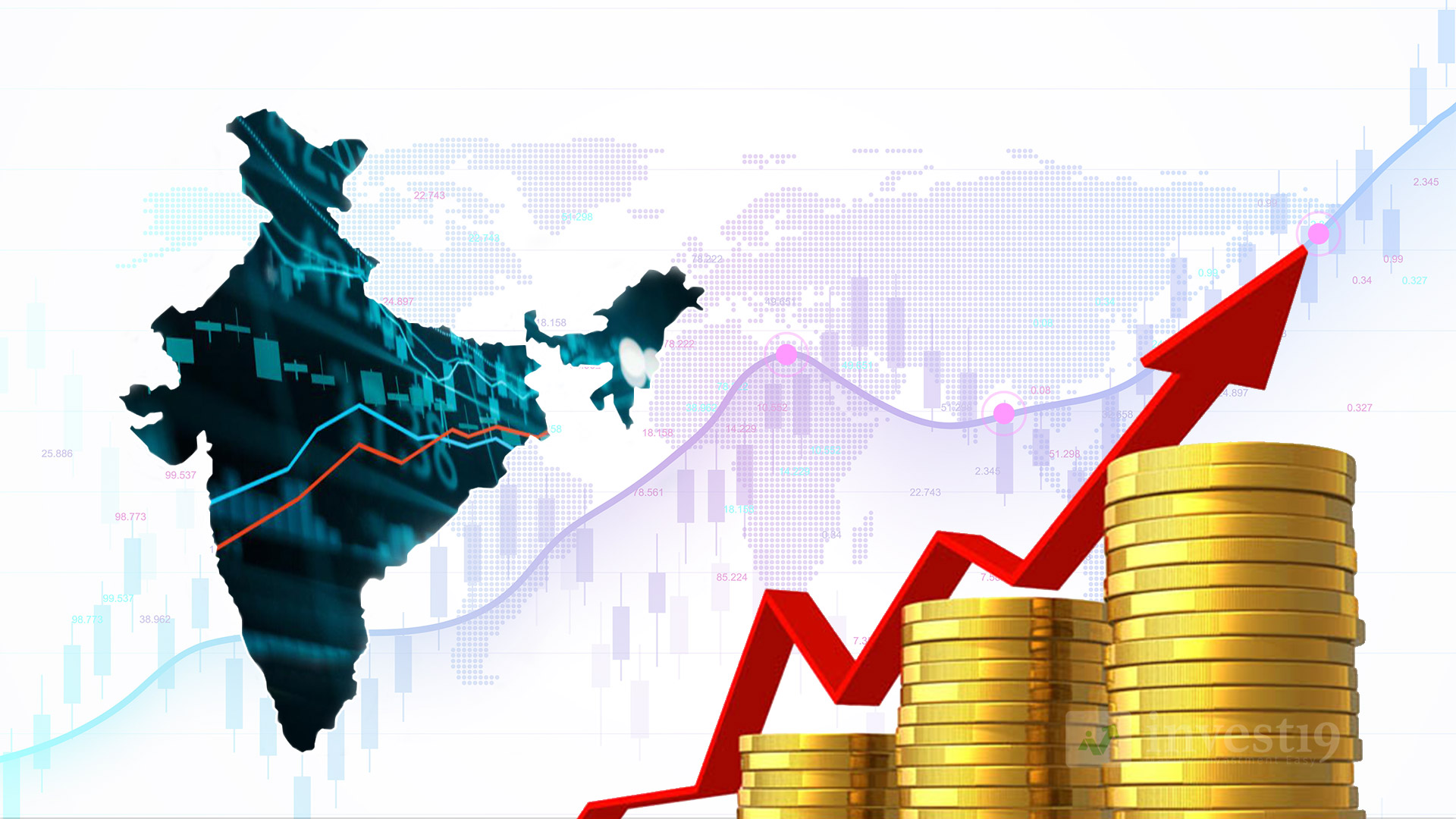 The real rate of growth, which is higher than the rate of inflation, helps lift many people out of poverty and improves their economic circumstances. The size of the Indian economy in real terms was $2.7 trillion in 2017. (GDP at a constant 2015 US dollar rate). It would need to increase at an average rate of 15.7% per year until 2030 in order to achieve a size of $10 trillion.

In India, this rate of economic growth has never previously been observed. Between 2002 and 2010, the economy grew at an average annual rate of 7.3%, from $871 billion to $1.5 trillion. During this time, the economy grew the most. Puri predicted that growth would occur more quickly than ever before.

Forecasts on the size of the Indian economy in US dollars sound sexier for some reason. It would sound quite a bit if he had claimed that India’s GDP would reach Rs 800 lakh crore (assuming that the value of the dollar stays around Rs 80 in the years to come), but it wouldn’t have the same ring as a “10 trillion-dollar economy”.

Politicians are more aware of this than other people, which is why all estimates of the size of the Indian economy—whether they are 5 trillion, 10 trillion, or 30 trillion, for that matter—are given in terms of dollars rather than rupees.

As a result, Puri predicts that during the next nine years, the Indian economy will expand substantially more quickly than the Chinese economy has over the previous forty years. Who, however, asserted that political and economic projections must be logical? Their main objective is to garner attention, which the prediction of the economic output of $10 trillion by 2030 surely does. 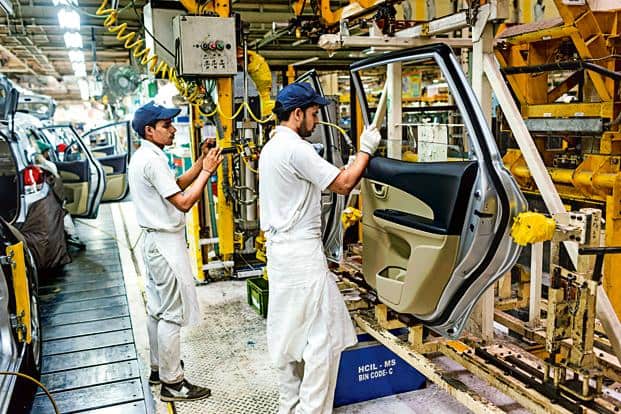 In fact, the Commerce and Industry Minister, Piyush Goyal, a colleague of Puri’s, predicted in June that the Indian economy would reach $30 trillion in size within the next 30 years. The economy must continually expand at a rate of 8% during the ensuing 30 years for this to occur.

Given that China has grown at a 9% annual rate over the past three or four decades, Goyal’s projection can be considered more conservative than Puri’s. However, the only nation to have had such rapid growth in the contemporary age is China. In truth, the top 10 fastest-growing economies in the world change a lot every ten years.

Indeed, it has proven to be quite challenging to sustain annual economic growth rates of even 5% throughout the years. Only six nations—Malaysia, Singapore, South Korea, Taiwan, Thailand, and Hong Kong—have sustained this rate of development for more than 40 years, and only two—South Korea and Taiwan—have done so for more than 50. China has now been added to the list after this book’s first publication in 2013.

Economic development shouldn’t be taken for granted, according to history. Our politicians frequently do just that. In reality, we are talking about $10 trillion to $30 trillion, even before the $5 trillion estimate has come true. However, political and economic forecasting focuses on just that. Throwing people large, round figures in American dollars over and over again is profitable. Real picture of the Indian economy

India’s economy appears to have enjoyed a successful year. Exports are at an all-time high. Profits at publicly traded firms have doubled. A thriving middle class that has been developed over the last few decades is now spending so much on movies, automobiles, real estate, and holidays that analysts refer to it as “revenge spending” after the epidemic.

The cheery headline stats, however, do not accurately represent reality for hundreds of millions of Indians, even if India is predicted to enjoy the highest growth of any major economy this year. There is still a lack of jobs for the flood of educated young people that enter the labor market each year. Many more Indians rely on the unofficial economy for their livelihood, and recently, severe inflation has affected them, especially with regard to food prices.

The disparity is a product of India’s unequal growth, which is fueled by the wealthy elite’s ravenous consumption but whose advantages frequently do not reach beyond the urban middle class. Tens of millions of Indians have fallen into abject poverty as a result of the epidemic, while the number of billionaires in India has increased.

The concentration of wealth is partially a result of Prime Minister Narendra Modi’s growth-at-all-costs goals. When he ran for reelection in 2019, he pledged to double the size of India’s GDP by 2024, putting it in the $5 trillion-or-more club with the US, China, and Japan. Late last month, the government announced that the GDP had grown by 8.7% over the previous year, reaching $3.3 trillion. However, with domestic investment lagging and government hiring faltering, India has moved to subsidize food, gasoline, and housing for the poorest in an effort to combat the country’s high unemployment rate. Two-thirds of the nation’s population of more than 1.3 billion people currently receive free grains.

By limiting the exports of wheat and sugar, increasing interest rates, and lowering fuel taxes, India’s reserve bank and finance ministry have attempted to combat the inflation that is wreaking havoc on many nations as a result of supply chain issues connected to the epidemic and the war in Ukraine.

Following a two-year hiatus, the bank increased borrowing rates once more on Wednesday, to 4.9 percent. Thus, it forecasted that inflation would reach 6.7 percent during the subsequent three quarters. The Reserve Bank’s officials have also employed a number of monetary and fiscal policies to increase growth, which slowed in the first quarter of 2022 and fell to 4.1 percent. The primary driver of the Indian economy, household expenditure, has recently declined.

For Mr. Modi, the export prohibition on food represents a swift about-face. He had stated in April that Indian farmers might contribute to feeding the globe in reaction to Russia’s blockade of Ukrainian ports, which has caused a global shortage of grains. Instead, the Indian government enforced an export embargo to keep domestic prices low while the worldwide wheat shortages drove up prices.

Analysts anticipate that these policies may involve more efforts to strengthen India’s struggling manufacturing sector. They argue that India should eliminate regulations that regularly make conducting business there difficult and cut tariffs to make it easier for manufacturers to purchase components made elsewhere.

The Indian economy has benefited from exports, and since the year’s start, the rupee has fallen by nearly 4% versus the dollar, which would ordinarily increase exports. According to analysts, the difficulties faced by working-class Indians and a large number of jobless people may eventually slow economic growth.

According to some estimates, the transfers have reduced inequality in India to its lowest point in decades. However, detractors of the Indian government argue that subsidies cannot be maintained indefinitely to mask insufficient employment development. This is particularly true given that in the upcoming years, it is anticipated that tens of millions more Indians — including recent college graduates, farmers eager to leave the fields, and women taking up employment — will attempt to flood the nonfarm job force.

Government Trying Hard To Control Economy & Inflation, But Lack Of Education, Knowledge & Experience Making It Impossible For them

Intel Unveils The 13th Generation "Raptor Lake" Processors and This Is Bad!