The Parliamentary Standing Committee on Transport, Tourism and Culture, Road, Shipping and Aviation gave IndiGo bad marks because, among other things, it has terrible customer service, rude staff, and higher prices during the holidays. The head of the panel, TMC MP Derek O’ Brienm, said in the panel’s latest report, which was presented to Rajya Sabha on Thursday, that the conference is not happy with how some private carriers are running in the country, but IndiGo is the worst. He also said that Air India has the best bag policy and that IndiGo is the worst airline for customers.

“It’s clear to our committee that IndiGo is the worst airline for customers. All 30 members agreed upon this. However, even though many people have complained, IndiGo has not responded. “The way they treat customers and charge for just one or two kilograms of extra weight in air luggage…,” O’Brienm said, adding that some airlines charged 8–10 times more than usual during the holidays. This parliamentary committee is in charge of the Ministry of Civil Aviation. 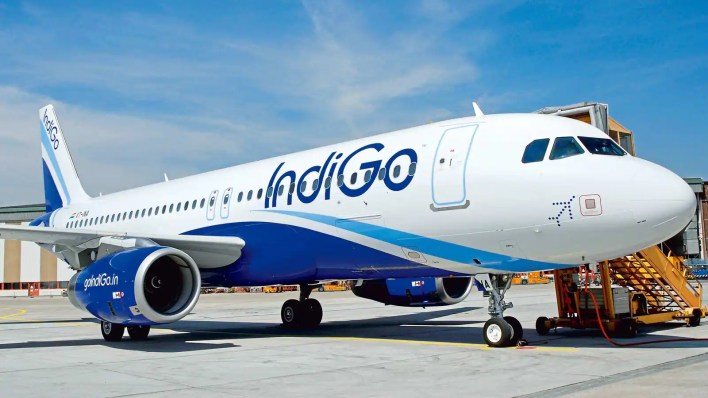 “The airline is very strict. IndiGo even charges for being one or two kilograms over the weight limit. This has not gone over well, and the committee is taking the matter very seriously,” O’Brienm said.

IndiGo, on the other hand, said in a statement that it takes customer complaints and feedback very seriously and trains its staff regularly on how to handle situations and make the customer experience as easy as possible.

Even though airlines are charging more, the panel thinks that their fees shouldn’t be more than 50 per cent of the basic fare and that consumers should get their taxes and fuel surcharges back. O’Brienm also said that the best luggage policy is on Air India, a government-run airline and that other private airlines should raise their limits. 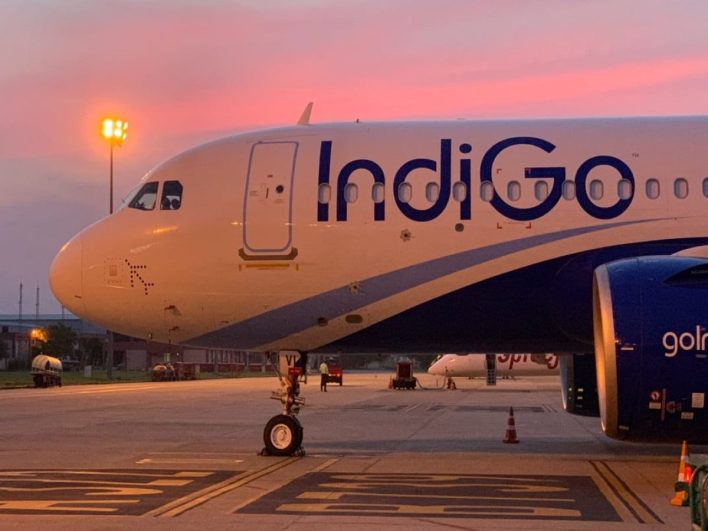 IndiGo “mistreated passengers” and broke the rules: DGCA on an airline that wouldn’t let a child with special needs on board

A passenger with special needs was turned away from an IndiGo flight from Ranchi, which caused a big fuss. The DGCA’s fact-finding committee later found that the airline mistreated passengers and broke its rules.
In a statement, the DGCA said, “The findings of the committee indicate, on the face of it, that the Indigo staff handled passengers in a way that didn’t follow the rules,” which was based on what the committee found.

See also  India’s MX Player expands to US, UK and other markets in international push

Last Monday, the DGCA put together a three-person committee to find out what happened when IndiGo wouldn’t let an adolescent with special needs who was in a wheelchair and travelling with his parents on a May 7 flight from Ranchi to Hyderabad on board. This caused a lot of anger. The airline said that the passenger was “panicking” and could be a danger to the safety of the flight. The next day, the family was able to get on another IndiGo flight.

The fact-finding team was put together after Civil Aviation Minister Jyotiraditya Scindia said on Twitter that passengers should not be treated like that and that he would personally look into what happened.

IndiGo’s CEO Ronojoy Dutta, on the other hand, stood by his airline manager and said, “We made the best decision we could in a tough situation” because the issue was about flight safety.

The Civil Aviation Requirements on “Carriage by Air- Persons with Disability and Persons with Reduced Mobility” are the rules being looked at by the DGCA. According to these rules, if a person with a disability is not allowed on the plane, the airline will have to explain in writing why. Airlines must also help people get from the terminal to the aircraft and from the plane to the exit of the terminal when the plane lands at the destination airport. People with disabilities must get on and off the plane separately, and efforts must be made to get them and their bags through quickly.

Eyewitnesses say that the passenger in question looked bothered after the long drive to the airport and during check-in and the security check. In addition, he looked uncomfortable when he and his family got to the boarding gate. 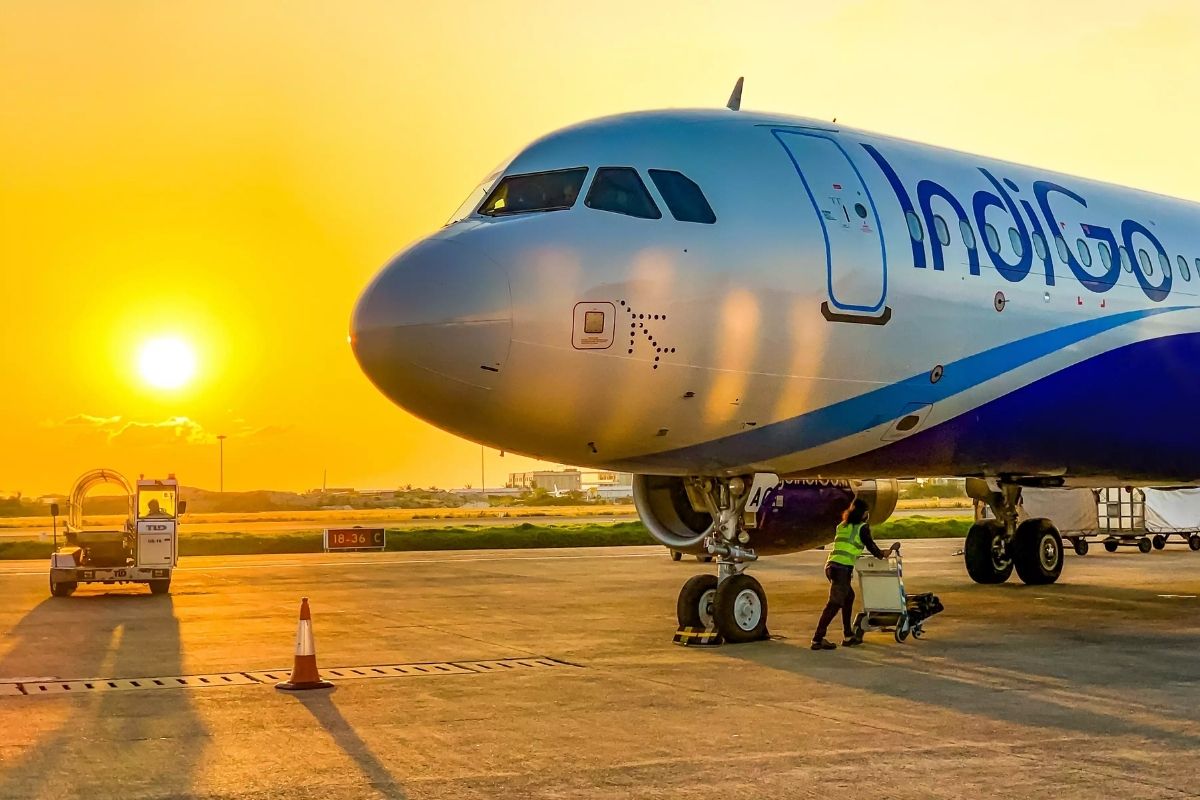 Some things that went wrong with Indigo flights
A man stopped two IndiGo flights from crashing, which would have killed 426 people.
The DGCA is looking into both AAI and IndiGo airlines because they didn’t report a mid-air scare on January 7 that could have killed hundreds of people. Due to a small mistake by the ground staff, two IndiGo flights going to Kolkata and Bhubaneshwar almost crashed at 3,000 feet.

An alert approach radar controller closely watching the airspace above Bengaluru Airport stopped a significant crash from happening when IndiGo flights 6E-455 and 6E-246 were going to Kolkata and Bhubaneshwar, took off in the same direction from parallel runways.

The 42-year-old radar controller, Lokendra Singh, gave the plane a different course, which stopped the mid-air collision. The north and south runways at the airport can’t be used simultaneously because planes taking off from the same distance can crash into each other. A red flag was raised about the parallel runway operation before this.

Reports say that in the morning, flights took off from the north runway and landed on the south runway. The shift in charge then decided to close the second one. But the information did not get to the person in the amount of air traffic in the south tower.

After that, the two planes were told they could take off simultaneously from the runways that met. This meant that both aircraft were going in the same direction to meet up. Luckily, a radar operator saw this and immediately stopped to warn the plane.
The accident makes people worry again about mistakes made by air traffic controllers and the fact that neither the AAI nor IndiGo told the DGCA about it. However, during routine surveillance, the event was found out.

See also  These are the 10 most valuable Indian companies that have not yet gone public, ranging from Swiggy to Serum Institute.

The powerful reasons why can't Johnny Depp and Amber Heard's case can become a reality in India?