Why has the UAE’s Sultan Al Jaber, the CEO of an oil company, been chastised for convening a climate change conference? The oil industry has previously participated in climate negotiations, and Sultan Al Jaber’s appointment is not the first time this has occurred. We provide clarification.

Sultan Al Jaber, a UAE minister, has been appointed as the conference’s president. This year’s annual climate change conference will be held in the United Arab Emirates (COP 28 in November). Climate activists have criticised Al Jaber’s decision because he is the CEO of mainly the Abu Dhabi National Oil Company, the world’s 12th largest oil company by production, and the UAE’s Minister for Industry and Advanced Technology.

How are climate conference leaders chosen?

These conferences of parties, or COPs, are usually presided over by a minister from the host country. The host country has complete control over the selection of a president. The president’s role is to facilitate and direct the negotiations.

Despite his or her lack of special abilities, he or she can intervene in the negotiations and steer the discussions in a specific direction based on their connections and abilities. However, final decisions are always made by consensus. Any individual or nation, including the conference president, has no right to compel or impose their will on others.

As a result, the debate over Al Jaber’s appointment is largely a matter of perception. The conference decisions will have an immediate impact on the sector he represents. Because of this obvious conflict of interest, people like Tasneem Essop, executive director of Climate Action Network International, a group of nearly 2,000 climate NGOs, want Al Jaber to resign from his position as CEO of the oil company before accepting the position of president of the climate conference.

The oil industry has previously participated in climate negotiations, and Sultan Al Jaber’s appointment is not the first time this has occurred. In reality, oil companies are becoming more involved in climate negotiations with each passing year. More than 500 oil industry representatives were present in Glasgow in 2021. The number increased even more at the most recent meeting in Sharm El-Sheikh, Egypt. 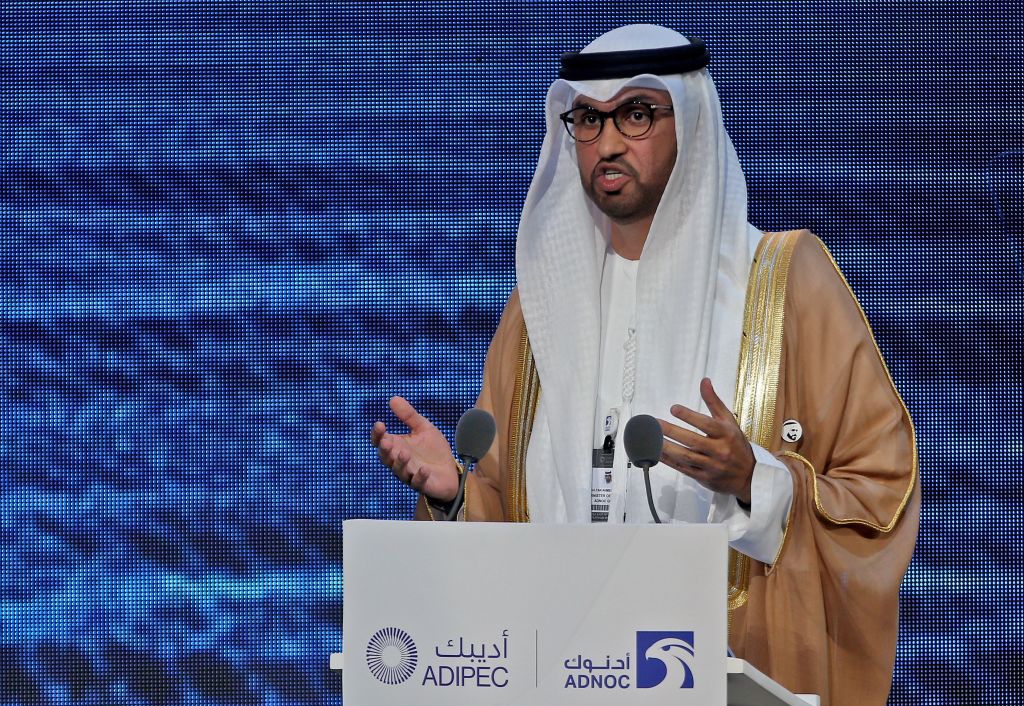 Climate conference attendance is not limited to negotiators. These gatherings draw a large number of corporates, non-governmental organisations (NGOs), academics, youth delegations, and others. Outside of the negotiation rooms, a lot of things happen, such as business events.

Climate activists claim that the large number of corporations present, particularly those from the fossil fuel industry, has an effect on the negotiations and prevents more radical climate decisions from being made at these gatherings. Corporates, on the other hand, claim that they attend these events to share information about their own climate initiatives, network, and learn about new technologies or approaches being used around the world.

In any case, Sultan Al Jaber is no stranger to climate talks. He has been attending these meetings as the UAE’s special envoy on climate change for over ten years. As a result, he has a thorough understanding of the procedure. He is mainly the chairman of Masdar, a state-owned renewable energy provider, which gives him additional green credentials.

Although Sultan Al Jaber’s role as COP28 president did not allow him to have a significant influence on the outcome, his continued presence at the talks without giving up his position with the oil company is expected to be a major distraction. He is unlikely to get a free pass from the powerful climate NGO community, which could limit his ability to effectively lead the negotiations.

Environmentalists have chastised the UAE for appointing the president of its national oil company to lead this year’s COP28 climate talks.

In this article, we examine the UAE’s choice of Sultan Al Jaber and the message it hopes to convey ahead of the UN climate talks later this year.

What is the name of Sultan Al Jaber?

Al Jaber is the CEO of the Abu Dhabi National Oil Company (ADNOC) of the United Arab Emirates, one of the world’s largest oil companies. 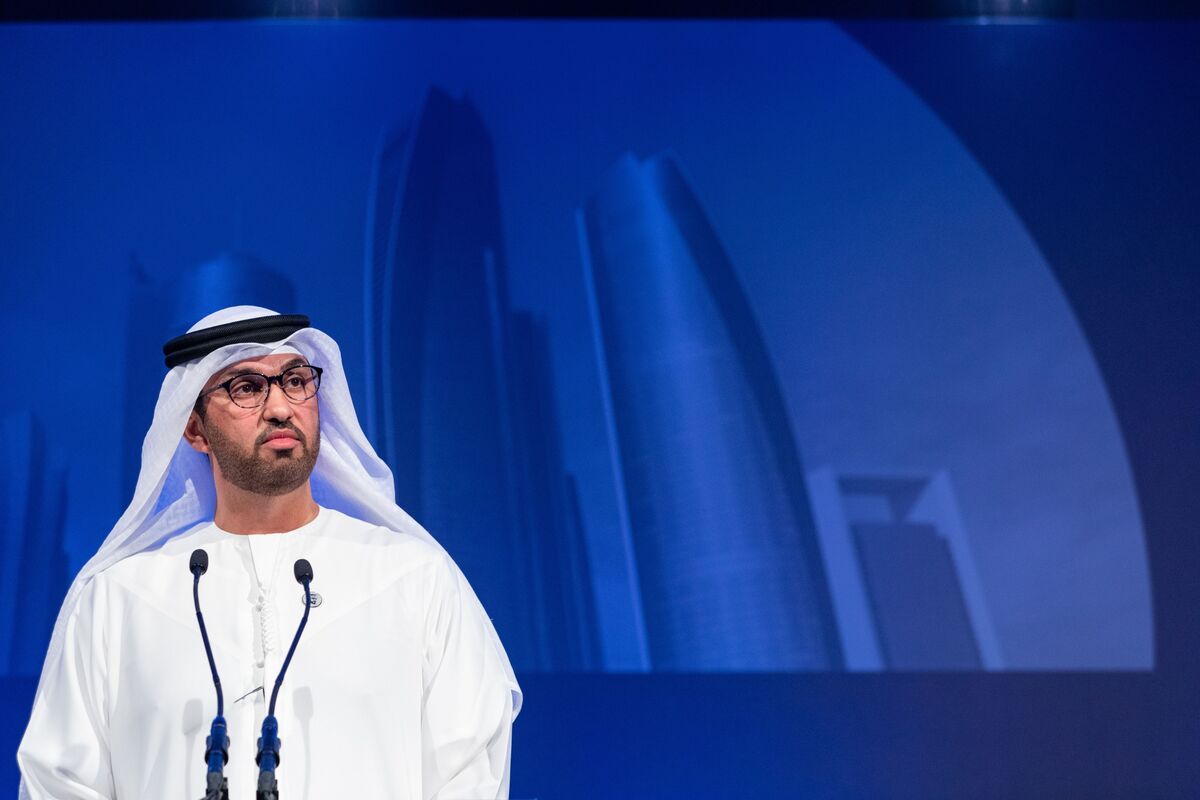 The 49-year-old is also the UAE’s minister of advanced technology and industry, having received his education in both the United States and also the United Kingdom.

He is also the founder of Masdar, a multibillion-dollar government-backed company that invests in renewable energy and has supported initiatives in more than 40 countries since its inception in 2006.

In 2009, he was also appointed to the UN’s advisory group on energy and also climate change by Ban Ki-Moon, the UN’s secretary general at the time.

Karim Elgendy, Associate Fellow at the British think tank Chatham House, praised Sultan Al Jaber for leading the UAE’s climate action both before and during his tenure at ADNOC.

What is the source of the disagreement?

Concerns have been raised by activists calling for a shift away from oil, which emits greenhouse gases that warm the planet, that COP28 will be held in a major oil-producing country.

The use of a fossil fuel executive as the face of the negotiations only fueled those fears.

According to Tasneem Essop, executive director of Climate Action Network International, choosing someone “heading an industry that is responsible for the crisis itself” was a “conflict of interest.”

Concerns about lobbyists attempting to postpone the phase-out of fossil fuels have grown as a result of Jaber’s nomination.

At COP26 in Scotland, 500 representatives from the fossil fuel industry attended; this number increased even more for COP27 in Egypt, with the UAE sending the most representatives.

“COP28 must end with an unwavering commitment to a current just phase-out of all fossil fuels: coal, oil, and gas,” says Tracy Carty of Greenpeace International.

“There is also no place for the fossil fuel industry in international climate negotiations.”

What is the main point?

According to Elgendy, the UAE, a major crude producer, “sees no contradiction” in the selection of Al-Jaber.

The Gulf country has repeatedly stated that oil and also gas will be needed for decades to power the global economy and generate revenue to fund the development of renewable energy sources.

According to Elgendy, Dr. Sultan’s selection “is absolutely representative of the UAE’s approach to main climate action, which pledges to decarbonize its economy…but advocates for the moral right to export every molecule of fossil fuel.”

“It argues that by 2050, the world will still require some supplies of fossil fuels, and that these supplies should come from the lowest cost and also lowest carbon producers,” namely Gulf Arab nations, according to Elgendy.

The UAE is a strong proponent of involving oil executives in climate change discussions, claiming that their expertise in the energy sector is beneficial in combating climate change.

“A significant amount of climate action will need to come from this exact sector for Gulf countries, where oil wealth contributes significantly to the economy,” said Aisha Al-Sarihi, a new research fellow at the National University of Singapore’s Middle East Institute.

According to the Omani expert, excluding the oil industry from the negotiating table may not be beneficial to the region.

In 23 days, where will Europe get its diesel?