William the Fifth: Ruto’s journey from the streets to the president of Kenya

William Ruto outsmarted the incumbent president and a seasoned politician in his first attempt at the presidency thanks to his background and tenacity. William Ruto, Kenya’s deputy president, was declared the victor of the election on August 9 by the country’s electoral body on Monday.

The news indicated that Ruto had defeated two of his former superiors and allies in the race to succeed Uhuru Kenyatta as the country’s fifth president: longtime contender Raila Odinga and his supporter.

Ruto successfully avoided ethnicity, a crucial aspect of Kenyan politics, when campaigning. Instead, in light of his modest upbringing and the political dynasties from which his rivals came, he framed the story as a struggle between the wealthy and the poor.

By doing this, according to Karuti Kanyinga, a development studies professor at the University of Nairobi’s Institute for Development Studies (IDS), he “mobilised disparities and the gap between wealthy and poor” and “undermined mobilisation of politics along ethnic lines.” 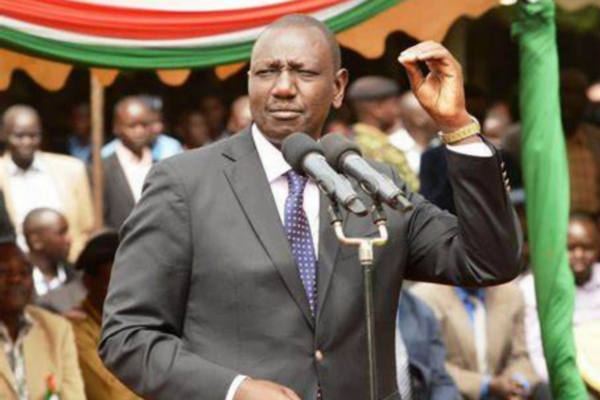 Years of political conflict between Kenyatta and seasoned opposition leader Odinga included clashes during the 2007 election, 2013 election, and 2017 election.

After Odinga boycotted the 2017 rerun, which Kenyatta won, and turmoil seemed all but imminent, they patched things up in 2018.

Known in Kenyan politics as “the handshake,” the reconciliation effectively ousted Ruto as the front-runner to succeed Kenyatta at the end of his second five-year tenure.

Ruto’s camp argued during the campaign that Kenyatta got sidetracked later and strayed from the predetermined agenda for governing.

As it relied on loans for urgent infrastructure projects, the Kenyatta administration’s public debt increased from Sh1.89 trillion ($21.95 billion then) in 2013 to Sh8.59 trillion ($71.85 billion) today. The high rate of unemployment, which affects two-thirds of Kenyans under the age of 35, makes them angry.

The COVID-19 pandemic and Russia’s invasion of Ukraine coincidentally occurred within two years of one another, severely affecting the food supply and raising the prices of living.

To influence Kenyans to vote to save their stomachs rather than their blood ties, Ruto weaponized these issues.

Edward Kisiangani, a political studies professor at Kenyatta University and a Ruto advisor, said of Ruto, “He associated with individuals who walk to the grocery and have no money to buy what they are looking at.”

He said, “A weak president who devastated our economy, Raila Odinga, was a state project. “Ruto arrived with an economic strategy that promised to drastically alter the lives of many people. That strategy was perceived as a means of achieving financial success.

A history of bad blood 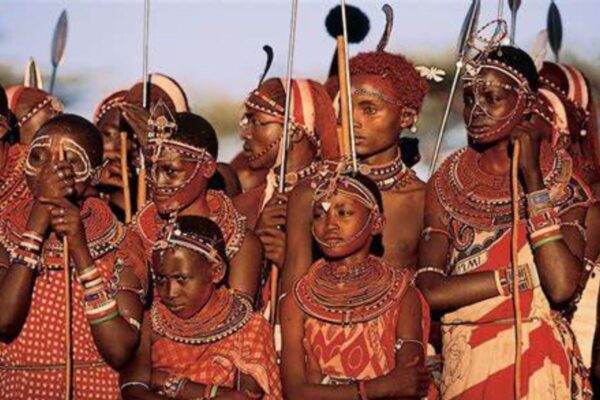 But ethnicity was always present as Ruto pounded home the rising expense of living to the general public.

Indeed, eight months before the 55-year-old Ruto was born, there was a conflict between the fathers of the two individuals he would finally have to deal with fifty years later.

When Kenya was freed from British colonial rule in 1963, Jomo Kenyatta and Jaramogi Odinga were elected as president and vice president of the fledgling nation. The majority of the Kikuyu and Luo members of their party, the Kenya African National Union (KANU), were from the two men’s native tribes.

As a result of their disagreements over ideologies, Jaramogi Odinga resigned from power in April 1966. Following, a tremendous amount of bile was released that eventually spread from an individual to a collective level.

When Ruto was born in Kamagut, close to Eldoret in the Rift Valley, in December of that same year, Kenyatta’s Kikuyus and Odinga’s Luos, the two biggest ethnic groupings in the nation, were hardly on speaking terms.

These conflicts have periodically taken on hazardous proportions over the years, especially considering that three of the four presidents of Kenya have been from the Kikuyu ethnic group.

Daniel Arap Moi was an exception, a fellow ethnic Kalenjin like Ruto who rose from being a village child in rural Kenya caring for his family’s cattle to the presidency.

To help Moi gain a fourth term in government after the return to multi-party politics in 1991, the ruling KANU created a youth wing to court them ahead of the election the following year. It was known as Youth for Kanu (YK92), and one of its leaders, Ruto, helped make the country aware of him.

By 1997, when he was only 31 years old, his political strategies had shown to be effective enough to unseat Reuben Chesire, a longtime politician who had served as the MP for Eldoret North.

While serving in the parliament and the cabinet, Ruto accrued degrees in botany, zoology, and plant ecology, eventually earning a doctorate in each field. Five years after endorsing Kenyatta’s presidential campaign in 2002, he dropped his bid to back Odinga’s second run.

Alongside Kenyatta, Ruto ran for office in 2013, but the 2007 post-election violence, which resulted in hundreds of deaths and more than 500,000 displaced people, remained a hot topic.

The two were accused of crimes against humanity by the International Criminal Court (ICC) for their suspected involvement in fomenting violence during that incident. Despite being elected to office, they waived their immunity to participate in the trial.

Ruto, who frequently attends and gives to churches, claimed that once they were released from custody, he had trusted his “God of justice and victory” to defend him.

Ruto acted as president for three days during Kenyatta’s 2014 trial. He might have been more certain that he was destined to be president after that little period as Kenya’s top citizen.

Ruto dipped into their networks as well as his own to ally because he had previously worked on campaigns for Odinga and the previous three presidents. Kung’u Muigai, a relative of Uhuru Kenyatta, Eliud Owalo, a former campaign manager for Raila Odinga, Johnstone Muthama, a longtime associate of Odinga, and former Vice President Kalonzo Musyoka all endorsed Ruto.

After “the handshake,” when Kenyatta excluded him from key government roles, Ruto hired new lieutenants, including lawmakers who felt marginalised within the Jubilee Party, the ruling party.

Soon there were two factions in government, one backing Kenyatta and the other loyal to Ruto.

His populist Kenya Kwanza (Swahili for “Kenya First”) movement targeted not only his supporters but also unemployed young and places of opposition.

He presented himself as a hustler who peddled chicken and peanuts on the streets and made the bold claim that he could solve the country’s economic problems better than the Odinga and Kenyatta families ever could.

Despite accusations of corruption and a 2013 court decision finding him guilty of land grabbing, he frequently referenced the “deep state,” referring to a strong elite subverting the will of the people. 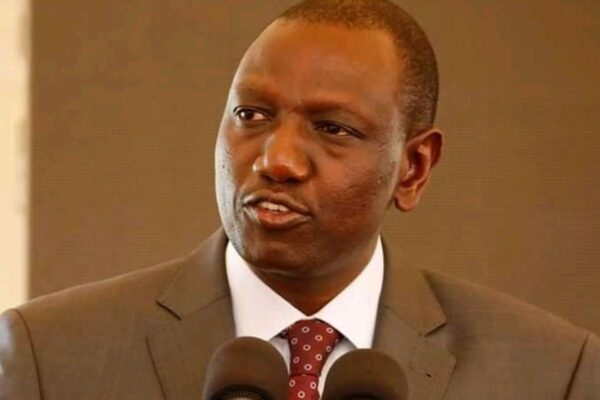 Even though he did not specifically mention race, Ruto appealed to the Kikuyus, the largest voting bloc in the country, in a contest where none of their relatives was at the top of a major party’s ticket.

As his deputy, he chose Rigathi Gachagua, a Kikuyu congressman, a seasoned politician, and Kenyatta’s former personal assistant. When Kenyatta and Ruto visited Kikuyuland frequently between 2013 and 2017, the former advised his kin to elect the latter as his successor.

During that time, Kenyatta aggressively defamed Odinga, much as his father had done to his competitor decades earlier. Before the 2022 elections, he went back to his clan and told them the opposite, but few of them cast their ballots to his wishes.

The president-elect triumphed in Kenyatta’s hometown as well as in that of Odinga’s running mate Martha Karua, a Kikuyu woman regarded as a political outsider while being a pillar of integrity.

An evaluation by a local source According to data from The Nation, two-thirds of Ruto’s votes came from seven counties in the Rift Valley, where Kalenjins predominate, and ten counties in the Mount Kenya region, where Kikuyus are the majority.

Kisiangani told that “many people supporting Raila characterised Ruto as a person trespassing against the palace.” The Kikuyu rank and file did not consider supporting Kenyatta [and his candidate] because he is their son. After all, they had the same issues as any other Kenyan.

The outcomes confirmed Ruto’s efforts, according to Kiarie Ciombou, the head of the elders’ council in Murang’a county, which has a sizable Kikuyu population.

Because of his strategy and dependability, Ruto was able to win Mt. Kenya. Results had to be seen after four years of lobbying with vocal supporters who were particularly concentrated in one area.

Is BigCommerce the right choice for your B2B e-commerce needs?