The reservation system in India tries to correct the historical wrongdoings towards disadvantaged groups. Through reservation, India tries to increase the representation of underrepresented and backward communities in education, politics and employment. The caste system which prevailed in India held lower caste people at a disadvantage which led to a series of social, economic, cultural and political discrimination.

What is All India Quota AIQ?

Same examinations for medical and dental colleges are held across the country, but it has seats reserved for students domiciled in the respective states. After a domicle reservation is calculated, the remaining seat is surrendered by the states to the All India Quota. It is 15% in under graduation courses and 50% in post-graduation courses. The scheme was introduced in 1986 by the Supreme Court so that non-domicile students can take merit-based admission to an excellent medical college in any other state. 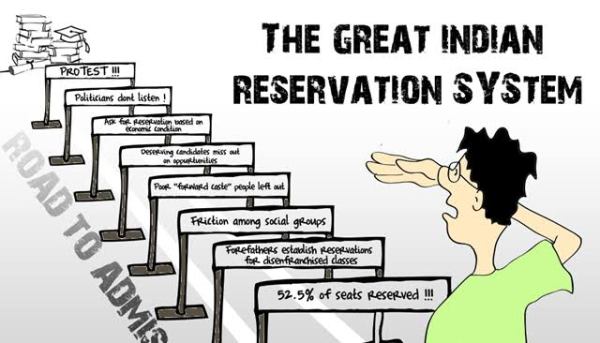 For instance, a student who has a domicile certificate of Uttar Pradesh can take admission in a state government medical college of Madhya Pradesh if she fulfils certain conditions. She has toscore high enough according to the national merit list, but if her score is not suitable for AIQ, she can still apply for admission in the state quota in Uttar Pradesh. Deemed and central universities, ESIC and Armed Forces medical colleges AFMC hundred per cent seats are reserved under the All India Quota. It means that domicile certificates do not hold any power over scores on the national merit list.

See also  The 2nd half of the monsoon is forecasted to be normal. Is it a good sign for the economy: most important thing for agriculture

After the insertion of section 10 D of the Indian Medical Council Act by the Supreme Court, a uniform entrance examination was created. This entrance examination will cover all medical, educational institutions at undergraduate and postgraduate levels in all languages, which include Hindi, English etc.

It was first introduced in 2003 which was later discontinued for some reasons. After 2016 NEET has been the uniform entrance test for medical courses. It is conducted by National Testing Agency NTA in 2018. Prior to NTA, CBSE conducted NEET. On September 13, 2020, around 16 lakh students appeared for NEET undergraduate examination. 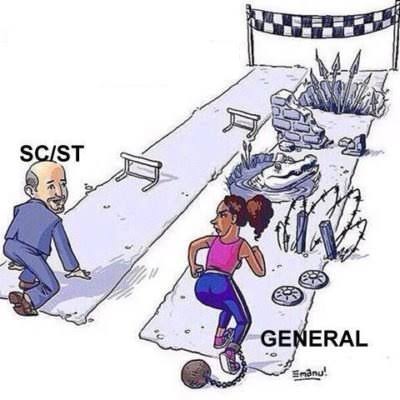 Before these changes, what reservation policywas followed?

Until 2007 there was no reservation practised within the all India quota for medical admission. After the verdict of Abhay Nath versus the University of Delhi and other cases, the Supreme Court directed that a reservation policy of 15% for scheduled caste SC and 7.5% for scheduled Tribes ST should be followed in the AIQ.  In 2007 the central government passed Central Educational Institutions Reservation in Admission Act 2007 and allotted 27% reservation to the other backward classes OBC students in central government institutions.

The state government-run medical and dental colleges provided reservations to the OBCs in states outside the All India Quota; this benefit, however, was not included in the AIQ in state-run medical colleges. The 103 amendment act of 2019, which provides economically weaker section EWS 10% quota, has been implemented under the Central Educational Institutions Reservation in Admission Act. It did not, however, provide a quota in the AIQ for state medical institutions.

What are the new rules for the reservation policy? 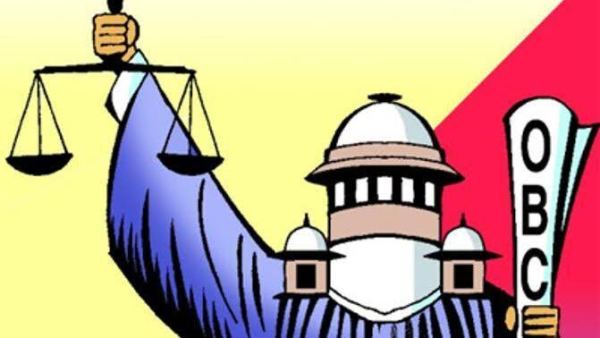 Why is an increase in reservation quota for OBC and EWS introduced?

Reservation for OBC and EWS have been a bone of contention for a long time. Tamil Nadu’s ruling party DMK and its allies filed a petition in July with the Madras High Court for the same. Students couldn’t avail reservations in the AIQ. The court ruled that OBCs can be granted reservation under the AIQ. The court also confirmed that the implementation of the verdict would be in the academic year 2021–22.

But when guidelines for NEET 2021 were issued, they did not mention anything about OBC reservation under the AIQ. The DMK filed a contempt of court petition with the Madras High Court. The court ruled that the Central government’s attempt to not implement the OBC reservation quota in the AIQ seats in the academic year 2021-22 is wilful disobedience to the authority and contempt of court.

The non implementation of the OBC quota has led to a string of protests from OBC students online and offline. To calm the protests, Solicitor General Tushar Mehta has submitted a report to the Madras High Court stating that the government’s decision to implement the OBC quota is in advanced stages.

Several petitions have been filed in the Supreme Court, which is due for hearing on third August. The NEET booklet on the National Testing Agency’s website still reads that the reservation of OBC candidates in state surrendered seats under AIQ for the academic year 2021–22 will be based on the verdict of the Saloni Kumari case pending before the Supreme Court.

What is the government trying to achieve by increasing OBC representation?

Critics believe that the reservation announcement is timed to cash electoral benefits during elections in states like Uttar Pradesh. The OBC population makes a large voter base in Uttar Pradesh. The government has also reshuffled the union cabinet and increased the weightage of OBC ministers. Prime Minister Narendra Modi has 27 ministers who belong to the OBC category in the new ministry. Five of them belong to cabinet ministries.

Apart from this, the central government has also filed a review petition in the Supreme Court and challenged the court’s interpretation that abolished powers to the state governments to identify and notify educationally and socially backward classes. This judgement was the 102ndamendment to the Constitution which amended the Maratha reservation.

If the Supreme Court trashes the review petition, the government is likely to come up with an amendment that will give State government the power to notify and identify educationally and socially backward classes. The BJP has to extensively rely on OBC support to win elections in states like Uttar Pradesh and Bihar. BJP barely won the Bihar elections because it tied hands with the JDU and Nitish Kumar. If the BJP wishes to win UP elections, they must make sure that the OBC voter base is happy and satisfied.

Why is Amazon's founder Jeff Bezos one of the least liked in the business circles and otherwise?