The human-caused global warming and its impacts on Earth’s weather patterns are present in recent climate change. Over Earth’s history, there have been several climate changes, but the current changes are faster than any other known event.

The Earth’s atmosphere is warmed by gases like carbon dioxide that trap solar radiation, and the greenhouse effect is the result. 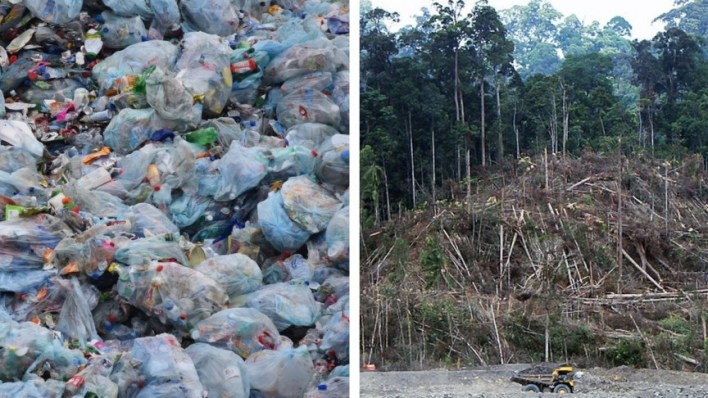 Five leading causes of climate change were identified by the National:

The atmosphere of the Earth is dominated by gases such as carbon dioxide and methane. Fossil fuels, natural gas, coal, oil, and wood are the primary fuels used to create them.

The activists say we need to stop burning fossil fuels and for countries and companies to set zero-emission targets.

Forests, soils, and oceans have absorbed 56 per cent of humanity’s carbon dioxide emissions since 1960, despite a rise of 50 per cent.

However, the number of trees being cut down in the Amazon rainforest is alarming.

Carbon dioxide is absorbed, and the planet’s lungs emit oxygen. However, deforestation reached record highs last year, according to statistics released in June.

The Brazilian space agency INPE reports that satellite data from August 2020 to July 2021 reveal 8,712 square kilometres of forest cover destroyed. It is almost the size of Puerto Rico.

Because of this, the Earth’s atmosphere is not being able to absorb enough carbon dioxide.

Intensive animal farming has resulted from a growing meat demand.

As a result of digesting their food, cows and sheep release large amounts of methane that contribute to the greenhouse effect.

Deforestation also occurs because animals need fields to graze on.

Humans should eat less meat, according to climate change activists.

Farmers use fertilizers to increase their yields because intensive farming quickly exhausts the natural nutrients in the soil.

You can also use green manures and compost and bone meal, blood meal, and seaweed extracts. Rotating the crops will improve the soil’s nutrients.

Equipment and products such as refrigerators, air conditioners and heat pumps emit these particularly damaging gases.

In addition to blowing agents for foam, fire extinguishers, and solvents, they are also used as propellants for aerosols.

These emissions produce a much stronger warming effect than carbon dioxide, as much as 23,000 times stronger.

Fluorinated gases are not the only option. Hydrocarbons and ammonia, for instance, are energy-efficient and considered safe.

How can countries combat climate change besides making deals and taking pictures?

Carbon dioxide (CO2) is released into the atmosphere by burning fossil fuels such as oil, gas, and coal. It traps heat and raises global temperatures.

To limit temperature rises to 1.5C – the threshold for dangerous climate change – must be dealt with at the government level.

Many coal-dependent countries, such as Australia, the US, China and India, declined at the summit to sign an agreement to phase out the fuel in the coming decades.

Reducing methane emissions could contribute significantly to addressing the planetary emergency, according to a report.

Using technical fixes, we can make oil extraction stop the release of excessive amounts of methane from “flaming” – the burning of natural gas. Another significant source of methane is landfilled, so it’s essential to figure out better ways of removing rubbish.

In a deal backed by the US and the EU, nearly 100 countries agreed to reduce methane emissions. Methane emissions will be reduced by 30% compared with 2020 levels under the Global Methane Pledge.

Among all economic sectors, electricity and heat generation contribute the most to global emissions.

It is critical for achieving global climate goals that the global energy system be transformed from one dependent on fossil fuels to one dominated by clean technology – known as decarbonization.

To achieve net-zero energy targets by 2050, wind and solar power will have to dominate the energy mix.

We can generate electricity less efficiently without wind. However, better batteries can store excess energy generated by renewable sources, ready to be released when necessary.

Our vehicles will also have to change how they are powered on land, at sea, and in the air.

The switch to electric vehicles will be critical to the elimination of petrol and diesel vehicles.

Hydrogen fuel would be ideal for cars and buses, ideally produced from renewable energy sources.

Scientists are working on cleaner fuels for aircraft, but campaigners warn that flights are becoming increasingly frequent.

In 2018, a UN report said that removing CO2 from the atmosphere is the only realistic way to keep global temperatures rising over 1.5C.

Campaigners and scientists stress the need to reduce deforestation to protect the natural world. Forests are excellent at soaking up carbon out of the atmosphere.

CO2 emissions are offset through programs of mass tree planting.

When countries strive for net-zero emission targets, trees will most likely play a crucial role. Once they reduce emissions as much as possible, carbon sinks such as forests will probably “cancel out” the remaining emissions.

Developing technologies that remove CO2 artificially from the atmosphere or prevent its release could be a solution.

Carbon Engineering in Texas and Climeworks in Switzerland are both developing direct-air capture facilities. A chemical filter absorbs CO2 by passing air through huge fans.

CO2 capture and storage is another method, which aims to capture emissions close to their source, such as coal-fired power plants. After being buried deep underground, these emissions are captured.

However, it is expensive and controversial since some critics believe it helps perpetuate the fossil fuel industry.

Rich countries pledged $100 billion (£74.6 billion) in financing for developing countries to help them combat and adapt to climate change.

Even though the UK government, currently holding the COP presidency, recently set forth a plan for funding by 2023, it has not been met.

The energy shortages are disproportionately affecting the poor and jeopardizing the recovery of countries relying on coal. The lack of energy is preventing countries from leaving polluting industries.