In advertising, you promote products, ideas, concepts, and so on in an impersonal manner. Businesses advertise so that consumers will become familiar with their products. These efforts make the young generation aware of their products.

Advertisements bombard people throughout the day, and the human brain cannot keep track of all these at once. Celebrities from various fields, such as films, sports, etc., are used in ads to make them stick in the minds of consumers.

Companies use the youngest generation as a target to influence their families’ buying behaviour because they follow the latest trends. Celebrities are copied, and their fashion is copied. Many people use the stars’ products, and the star’s social ego is satisfied. Unfortunately, it sometimes harms them.

It is common to see celebrities performing difficult stunts quite easily in most television commercials. Many children perform these stunts without any supervision at home. Numerous incidents have occurred where such attempts have been miserably unsuccessful, resulting in serious injuries or even fatalities.

Various forms of advertising are employed, such as traditional media like newspapers, Newspapers, magazines, televisions, radios, and new media such as Google search results, blogs, social media, text messaging, or websites. The purpose of commercial advertising is to increase the consumption of a product or service through “branding”, which aims to develop associations between a product’s name and certain qualities in the minds of consumers.

Advertisements and the Youth

The advertisement industry heavily influences young people. With social media affecting youth widely, modern society has increased the number of advertisements reaching equally high audiences. Kids nowadays are used to being bombarded with ads throughout the day, and promotions have become a part of their daily lives.

These days, they are so used to seeing and hearing advertisements that they do not even realize they are doing so. Advertisements have a persuasive effect on teenagers. Consumers and advertisers are constantly seeking ways to market and sell their products to younger audiences by making their commercials and advertising campaigns memorable, which will leave a lasting impression on them. In addition to having more spending power than ever before, the younger generation has increased opportunities for advertising. Consequently, companies tend to spend large sums of money securing the endorsement of celebrities, athletes, musicians, etc.

Their famous personas leave their mark on their fans, similar to how famous people follow their lifestyles and styles. This is especially true for the younger generation who follow the footsteps of their idols in everything from choosing what to wear to what to eat.

In addition to ensuring popular brand loyalty, these advertisements feature famous people to ensure widespread popularity. The last decade saw numerous celebrities appear in ads. Young audience members are pretty weak and defenceless when it comes to advertising, which is why superbrands have targeted new and outrageous ways to lure them through appealing campaigns.

The renowned footballer and health nut Cristiano Ronaldo has been in the news lately for removing two Coca-Cola bottles from his press conference at the European Championship. The man held up a water bottle before saying: “Agua! “. it encouraged people to drink water instead. The drinks company’s share price fell by $4bn. Ronaldo’s gesture saw Coca-Cola’s shares fall 1.6% from $56.10 to $55.22 almost instantly following his gesture, which is one of the official sponsors of Euro 2020.

From $242 billion to $238 billion, the market value of Coca-Cola increased. Ronaldo Ronaldo’s responsible behaviour gesture is truly commendable, especially coming from someone of his stature. In showing that he cares about his fans’ lives, he shows that he knows his impact on their lives.

Even though advertisements can provide valuable information and guide one in making an informed decision, some promotions have significant effects on youths, including influencing their choices, lifestyles, and personalities. Advertisements impact the minds of young people in both positive and negative ways.

How Do Advertisements Affect Children? The content, the quality, and the presentation of an advertisement can have positive and negative effects on children. Even though advertisements may have a few positives, some of their negatives can undoubtedly outweigh them. A child’s stubbornness makes it hard to convince their parents to buy a particular product.

Often, their judgement is based on the item’s face value, and they suggest purchasing it, regardless of whether it would be helpful to their family or not. Children also lose a sense of living a good life free from material possessions after watching commercials and incorporating certain brands into their daily lives.

Children acquire information at a much faster pace than adults since their minds develop rapidly. All marketing and ad agencies are very aware of this, just like you and me. Consequently, you can find more and more television advertisements these days to market their products to young children. Children’s shows are interspersed with ads for products, including toys, foods, energy drinks, clothing brands, etc.

These advertisements may only last a few seconds on-air and are very short in length, but their repetition and content and visuals have a powerful and lasting effect on younger people. The information they take in can influence their instincts and decisions. Furthermore, as a result of advertisements flooded into print or social media, children are now exposed to many commercials.

There may be television commercials made without sending inappropriate messages to children but are made to make them aware of the brand. The ‘Genius’ brand of biscuits powered a campaign that encouraged children to cultivate their creativity, making them masters of their craft. Children gain familiarity with brands from such advertisements, and sometimes they can assist their parents in selecting products.

Furthermore, advertisements that emphasize oral hygiene, the use of health supplements, and other healthy habits encourage kids to keep them up. For example, Children were encouraged to open their own savings accounts after seeing an advertisement about a girl who collected coins.

Children’s minds are also positively affected by ads promoting family values and togetherness. A child will also want to make her family and friends happy if she sees another child her age polishing shoes to help her grandfather.

These advertisements’ positive aspects certainly cannot outweigh the negative aspects of others. When children refuse to buy a particular product, they irritate their parents. Rather than assessing an item’s usefulness and affordability, they judge it by its face value and recommend its purchase regardless of its usefulness or affordability.

Children also lose the feeling of living a life free of material possessions after watching commercials and forming habits with specific brands.

Children also develop a habit of comparing brands, products, or individuals in advertisements that follow this trait. After watching commercials like these, they compare themselves to their friends, peers, and siblings, which may lead to them feeling inferior or superior to other people.

It was not a good idea for children to see an advertisement in which some children mocked a child, evidently because he was not using the brand they were promoting since he was taking longer to wash his hands.

In addition to this, some advertisements also portray children misbehaving, like not respecting elders or speaking back, which is not behaviour that we want our children to exhibit. Today one can see a television advertisement in which a young boy screams at his father for not constructing his house using waterproofing. In addition, some products are advertised through appeals targeted at adults, which are, of course, inappropriate for young children.

Another example – is a bike stunt company often uses visuals of adventure sports or stunts performed by professionals in its advertisements. Children ignore these warnings and attempt to replicate these actions at home, despite the ad warning them not to imitate the stunts. Children may sustain serious injury if they try this.

Furthermore, the advertising campaigns for pizzas, burgers, chips and other junk foods promote cravings for these items, which have adverse health effects on children. Since they are young, they cannot recognize the adverse effects of excessive consumption and the nutritional value of homemade foods. According to several studies, children eat unhealthy snacks more often after watching advertisements for junk food.

I agree that promoting one’s product to children to boost sales is legitimate, but I also believe there is a need to understand the effects specific messages have on children. Advertisements must be carefully crafted at both the production and approval levels to send the right message.

Children cannot always get what they want from their parents, and parents also need to act firm from time to time. As well as not letting advertisements influence their children, they should teach them to value money. Providing an innocence-filled childhood, a world free of materialism, and a life filled with health and happiness is the primary responsibility of all of us. 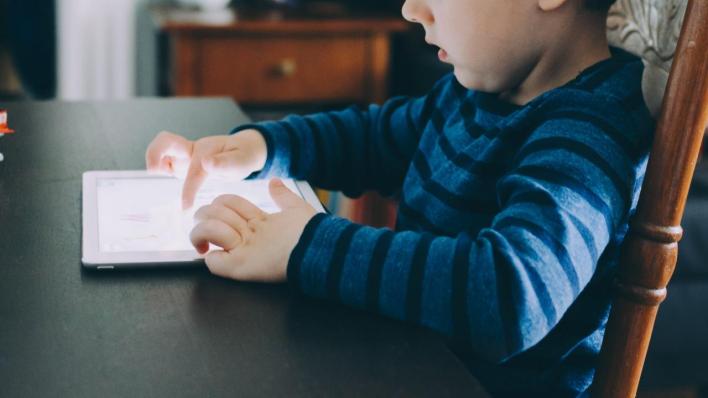 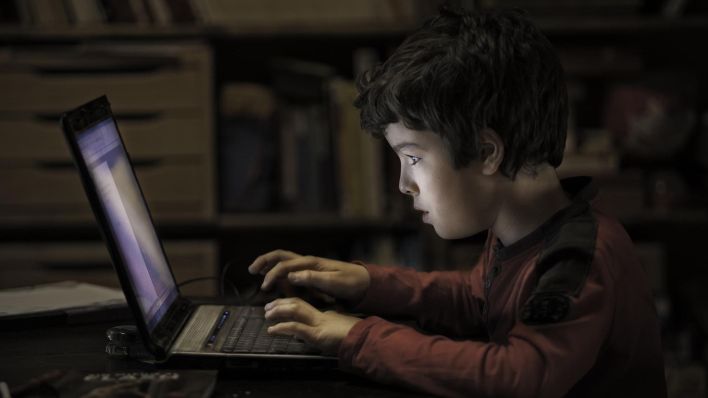 To stop the negative influence of advertising spreading among the youth, some tips can give such as limiting the time spent on screens, downloading television programs to avoid watching advertisements, and other alternatives.

The problem is that there are so many innovative advertisements that it is near impossible to ignore them all. Newspapers, billboards, television, and luggage tags are all mediums for advertising. Educating young people on the finer points of marketing can eliminate the negativity surrounding advertisements. 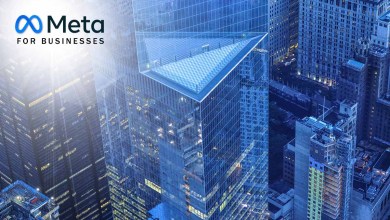 Would a metaverse be a profitable platform for businesses in 2022? 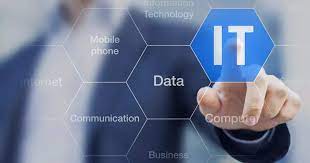 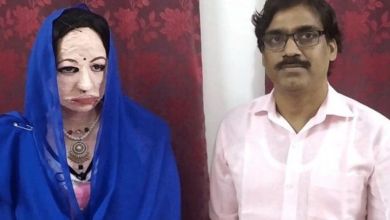 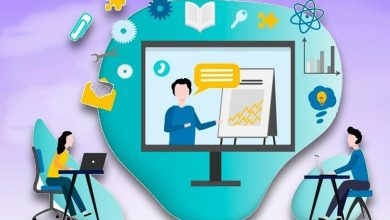