Prime Minister Narendra Modi enlightened the progress of India despite the global crisis of coronavirus on this week’s edition of his broadcasting radio channel Mann Ki Baat. A lot of efforts in the agricultural sector have got wasted in recent times. Alongside some relatively complicated laws that have been hampering the growth for a long time.

Modernization in the agricultural reforms is the need of the hour, said Prime Minister Narendra Modi in his weekly edition press release on Sunday. In the 75th edition of his Mann ki Baat program, Narendra Modi hailed the achievements of the vaccination progress in India. He meticulously emphasized the notion, dawaai Bhi kadaai Bhi( medical certainty as well as strict preventive measures).

Seizing the moment in his favor, he asserted the government’s growth over the past few months in building up the medical infrastructure and making the vaccine available to huge Indian masses. Nowadays, it almost resembles that Prime Minister Narendra Modi is acquiring the benefits of every achievement India or Indians achieved over the past decades. While it gets obvious, when someone is destined to run the country majestically and falls well short doing it, he starts finding ways to obscure under the radar.

Furthermore, asserting that the adoption of modern techniques is prolific for the progression of the agricultural sector, he said that the mojo of life should be based on newness. “In India’s agriculture sector, modernization is the need of the hour. It has been delayed and we have already lost a lot of time,” the prime minister said in his 75th episode of Mann Ki Baat. Has anything changed for good or the facilities in the agricultural sector became more obscured during the BJPs regime?

Ironically, the Prime Minister’s notion is calling for embracing the modern practices in the agricultural sector at the crucial point when thousands of farmers have been camping at Delhi’s border points. While the government authorities impeded the surge of farmer protests, the thing that got more debatable with time was how conveniently the government mend all the laws in their favor. The farmers demanded that the Centre repeal all three contentious laws. Alongside withstanding their arguments, the government resorted to being affirmative in their statement that these laws would create a better option for the farmers. 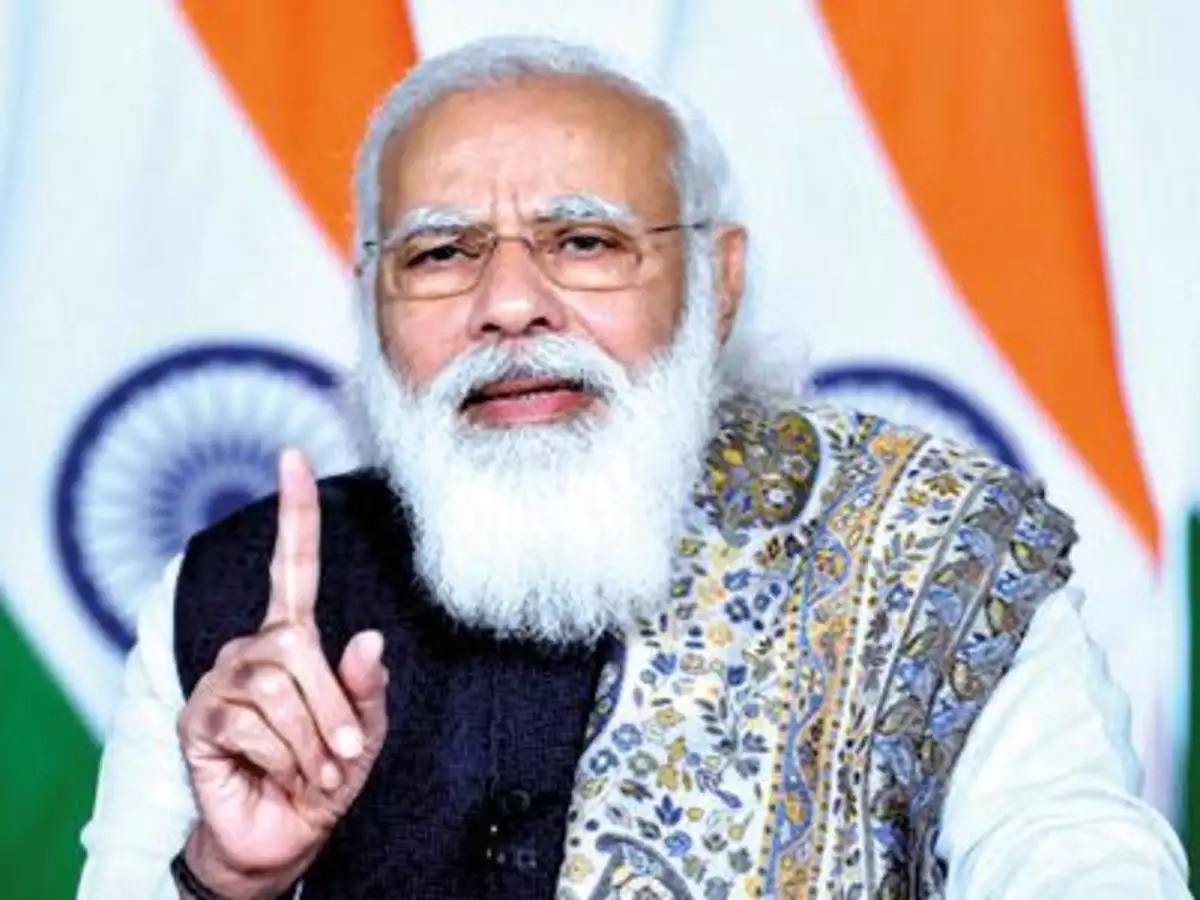 The 75th edition of the Mann ki Baat brought us some noteworthy points to go ahead. Prime Minister Narendra Modi asserted that the initially imposed Janta Curfew had helped enormously constrain the transmission of Covid-19. He further added that the Janta Curfew became an example of extraordinary discipline for the whole world.

Contrarily, India had the fourth largest contraction rate of Covid-19 in the world. How can we justify these statements to be true? He hailed the Indian citizens for lauding the efforts of the Corona warriors, who had a crucial role in stringent control of protocols during the lockdown. The country’s revamped position has been an eye-catching sight for many of the countries across the world, according to Government statistics.

PM thanks the supporters of his regime on the occasion of completing the milestone of 75 episodes of Mann Ki Baat. The government was affirmative that the new policies have been immersive in improving the hardships of the underprivileged section of the society. Is the statement compelling to the actual achievements? Let’s have an outlook on what the government did over the past year.

PM appeals to the nation to support the vaccine drive

Since the coronavirus reached its pinnacle in September 2020, Scientists all over the world had reinstated the pace of vaccine discovery. A significant breakthrough in vaccine implementation in India raised many eyebrows about its efficacy. Although the vaccine went through several trials, the efficiency depicts average results. Contrarily, PM Modi, through his Mann ki Baat exclusively urged the nation to take the Covaxin and Bharat Biotech coronavirus vaccine.

‘It’s a matter of honor for everyone that today India is running the world’s largest vaccination program and several people above 100 years of age have taken the jab and the enthusiasm is visible in the elderly of the household regarding the vaccine.’ The PM stated the achievements of the government in driving the vaccine procedure across the country.

But how could such misinterpretation happen under such a colossal drive? India has been the centrifugal force in driving the vaccine supply across the world. Everything related to the argument is justified until we start delivering more vaccines abroad rather than vaccinating our people. With ever-growing concerns over the vaccines’ efficacy mounting up every day, is the new regime driving the nation under an estranged threat?

The appeal emphasized the mojo dawaai Bhi kadhai bhi. PM Narendra Modi affirmed that it is not only for communication. But the nation should follow the vaccination program with all the determination they have. After facing troublesome days, it is now time to join hands together and prosper the government’s drive, he said. The Prime Minister’s appeal comes at a significant moment when the country’s total vaccination coverage has surpassed six crores on Sunday. 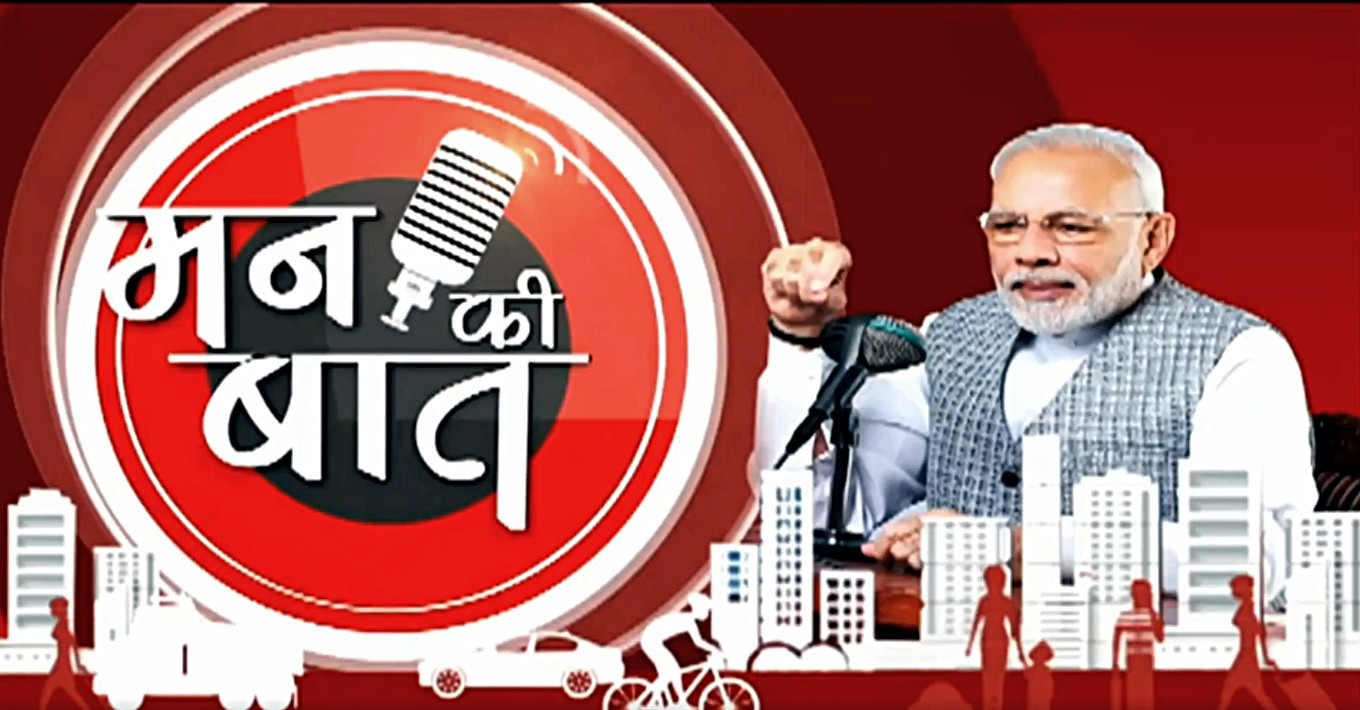 PM hailed the Assam Man, The Mission of Documenting the Karbi language

PM lauded the efforts made by Sikari Tissau, an Assamese who is on a lifelong mission to document the Karbi Language. Tissau of Karbi Anglong District of Assam has been documenting the Karbi Language for 20 years. Primitive languages are heading down the tunnel from the mainstream in the modern age.

On the other hand, this man is of utmost dedication to keeping probing their identity. Praising his efforts, Narendra Modi said that more people from localized areas should come forward and document their native language. Tissau decided that he would protect the identity of theirs. He has also received accolades at many places for his efforts and has also received awards.

Karbi is a Tibeto-Burman language, spoken by the Karbi Tribes in parts of the Assam, Meghalaya, Arunachal Pradesh, Burma, and Bangladesh. Upliftment of the native language indicates India’s diversification and should get promoted at all costs. India is a diversified portfolio altogether.

The country should undertake efforts to resolve the social and economic disparities between the religions and the classes. But just hailing and not spreading awareness or taking a stand for the minorities shows the negligence of the government to procure its paramount duties?

PM Modi revealed that the Amrit Mahotsav program would elevate the country to newer heights. He also claimed that it would instill a passion for doing something for the country. You can bring stories of freedom fighters, historical revolutions, and inspirational sagas to the fore during the Amrit Mahotsav said, PM Modi.

Connect to the world and inspire the nation, he claimed. Along the way, he received Various backlashes from the people of isolated communities. They scrutinized him by saying he is the culprit for their downfall, and all he has been rallying is misguiding the nation towards staggering depths.

Amrit Mahotsav will be filled up with similar inspirational drops of nectar, and following up on elixir will motivate the countrymen to do something or the other for their nation. The claims made on revolutionizing inspiration and encouragement within the people may all hear good until complications arise in its implementation. PM Modi said that the immortal saga of the sacrifice by the freedom fighters continuously inspires us towards the path of duty.

Seventy-five weeks before India completes 75 years of Independence on August 15, 2022, the country decides to laud the efforts of the freedom fighters by celebrating the ‘Azadi ka Amrut Mahotsav.’ The man behind the spectrum hails everyone on one side but takes credit for all the revolutions and movements that happened in India on the other. Ironical or just another scripted conspiracy?

In regards to the forthcoming movement, Prime Minister Narendra Modi has flagged off the padayatra(freedom march) from Sabarmati Ashram, according to the reports. In the struggle for freedom, the reformers went hongs and tongs to develop India, a prospering nation. PM Modi is showing signs of supremacy to the freedom fighters all of a sudden. Considerable? We doubt that! People across the nation might be wondering who is R Guruprasad? R Guruprasad, a Chennai resident was mentioned in the 75th episode of Mann ki Baat by PM Modi. Lighthouse tourism was a concept dwelled in by the Chennai-based man who got inspired by the thoughts of PM Modi. PM Modi addressed his notions and said lighthouse tourism would boost the tourism sector in the country.

Not only this, but it will propel a whole new dimension to tourism. Speaking to one of the media houses over the phone, Guruprasad asserted that he watches most of the Prime Minister’s programs. During one of the speeches of the Maritime India Summit, PM Modi emphasized focusing on lighthouse tourism. The Chennai-based man got impressed and recollected his visits to the Mahabalipuram lighthouse.

Asked about the conception behind sharing the story, he said, “I thought if I could share my experience with PM Modi and if he speaks about this in ‘Mann Ki Baat’ then more people can get to know about lighthouses. There is a great historical significance of the Mahabalipuram lighthouse.” Lighthouse tourism has attracted many enthusiasts around the world. It will increase the dimension of India’s tourism and heritage.

What he perceived from PM Modi’s vision was that he got confined to the idea of the Statue of Unity. He thought that the conception would improvise tourism in the surrounding regions. On Sunday, while addressing the nation in the monthly radio program, PM Modi said India is working towards the promotion of a unique aspect of the zone called lighthouse tourism.

Despite hailing and lauding the nation, why are the majority of people turning against the government and PM Modi?

Even if all this doesn’t match up the hype, at least the endless sea of migrant workers would be able to see through the 85 percent lie. The Modi government is making migrants pay for train fares, but at the same time, it is not charging them. My question is, why did people previously accept it so willingly? And is the overall situation changing in India?

Lying becomes so crystal clear when someone is caught lying and doesn’t have the credibility to argue it. That’s what the scene has become today. More people understood that the hype around the markets had been all false narratives, and there have been more adversities than benefits for Indian citizens under the current BJP leaders. When the Modi government lies so blatantly, it means: Yes, we will lie to make a mockery of your questions. Do what you can. Indians will not get filtered with lies. And one day will come when they will discover the whole truth hidden behind the scenes.