Post the announcements by the government, 82 flights have been already canceled. But the airlines which are started, it has begun with full precautionary steps.

Domestic airlines started across the country from Monday after a two-month-long lockdown. A total of 243 flights are to be operated from Indira Gandhi International Airport today, out of which 118 are coming while 125 are from here. A total of 82 flights to Mumbai and Kolkata etc. have been canceled in these flights. It has been explained that the Airports Authority of India had already issued Standard Operating Protocol (SOP) for all airports so that certain precautions and regulations are strictly followed. Guidelines have been issued and it is advised that no passengers should be given entry to the airport if they have symptoms of the novel coronavirus.

Tapan Sen, a resident of Baldogra West Bengal from IGI Airport, was to leave for an Air Asia flight from Delhi at 9.25 am. After coming to Delhi from Jammu at six in the morning, it was found that his flight was canceled. At six in the morning, there were 50 people whose flight was canceled. Full physical arrangements have been made at the airport. On the very first day, 82 flights were canceled from Indira Gandhi International Airport (IGI Airport) in the national capital. There are a rage and agitation among the passengers regarding the cancelation. They have complained that the airlines canceled the flights without any prior notice. In this order, due to lack of agreement with the state government on the issue of quarantine, flights to Bengal and Andhra Pradesh will start from Tuesday.

Hindon Airport is also going to commence air flights on Monday evening. At 4:45 pm, the aircraft will fly to Hubli carrying 17 passengers from Hindon. Preparations are on since Monday morning to start the air journey from Hindon Civil Terminal. The entire complex is sanitized. Rules have been made for travelers. A thermal screening of all will be done on the campus. Air travel will be allowed only after general health check-ups. At the same time, all passengers will be quarantined for 14 days after arriving at the destination.

A walk in the airport 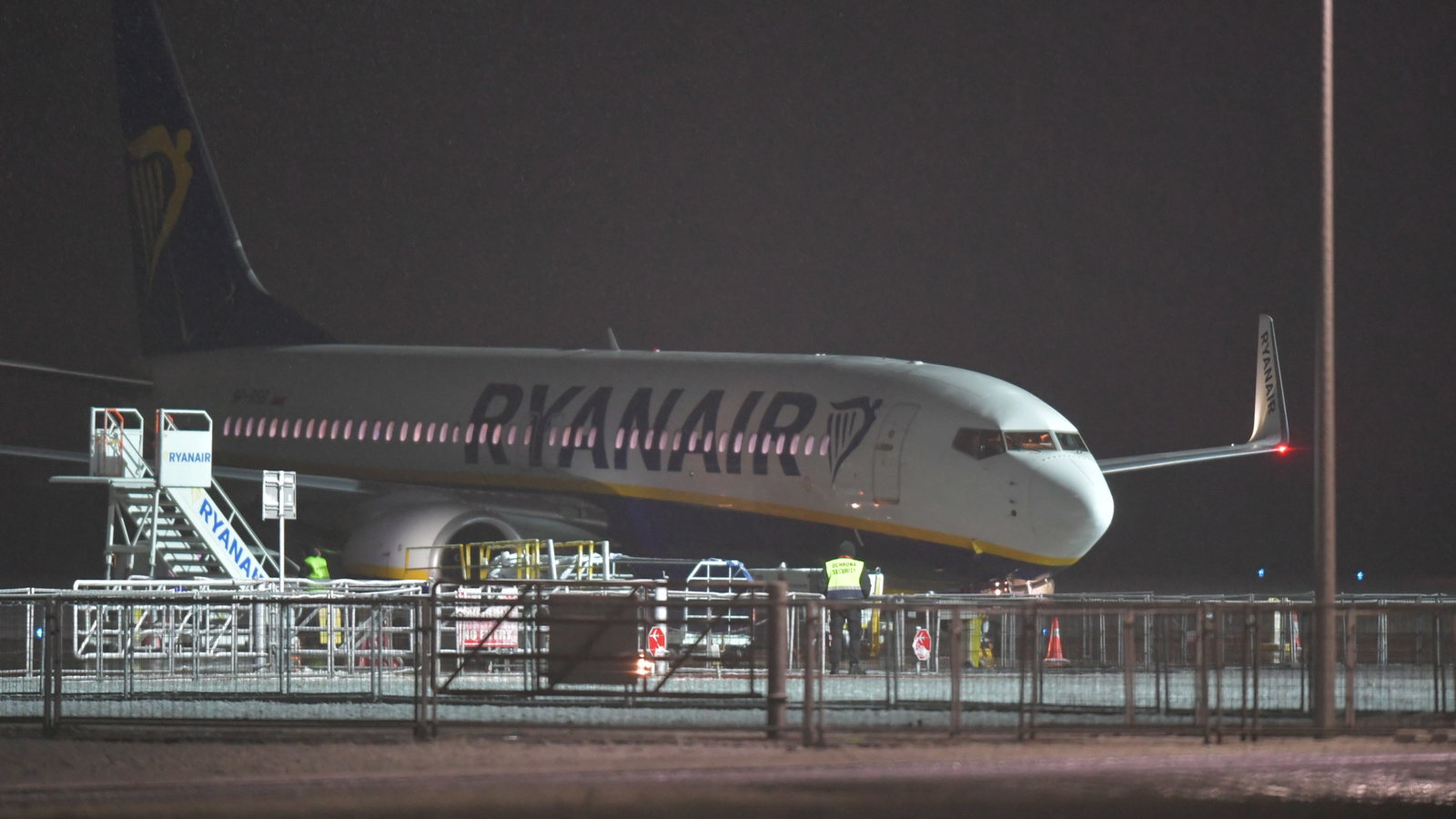 Separate entrances for different airlines have been made from Terminal 3 of Indira Gandhi International Airport to different places in the country. Along with this, food stalls have also been opened for the passengers. Under the restored airline, the first flight from New Delhi to Pune in Maharashtra departed at 4.45 am today, while the first flight was made at Ahmedabad Airport in Gujarat at 7.45 am. Please tell that till ten o’clock in the morning, the landing of seven planes from Ahmedabad, Bengaluru, Chennai, Mumbai took place at Delhi Airport.

Domestic aircraft started on Monday after a long lockdown with complete vigilance and precaution. Passengers onboard the Delhi-Bhubaneswar Vistara flight used face shields for their safety. BJD MP Anubhav Mohanty, boarding the flight, said, ‘I was in Delhi from the time of the budget session. Now I am returning to my state Odisha.’

Union Aviation Minister Hardeep Singh Puri on Sunday announced that domestic aircraft would be launched across the country from May 25th. The lockdown in India has continued since March 25 due to the novel coronavirus. Under this, all domestic aircraft were also stopped.

The Airports Authority of India had already issued SOPs for all airports under which certain precautions and regulations were strictly followed. According to SOPs, the airport has already been warned about all types of preparations. It said that the seating arrangement for the passengers should be ensured in such a way that physical distancing can be followed. For this, a chair was placed among the passengers on which proper markers/tape, etc. were placed. All the passengers have been asked to essentially keep the Arogya Setu application on their phones. Apart from this, arrangements were also made at check-in counters to avoid the congestion there. The staff has been provided with personal protection kit (PPE), face mask, sanitizer, etc.

'I'd be worried if the death toll will start rising at a fast pace' Arvind Kejriwal.

India Will Have An Essential Role For The Production Of The COVID-19 Vaccine.