Tuesday, August 23, saw the completion of the acquisition of NDTV Ltd. by the Adani Group, which is run by Gautam Adani. The conglomerate, which has a wide variety of corporate interests, announced that it would make an open proposal to acquire a further 26% of the firm as needed by SEBI.

In a report filed with the securities exchange, RRPR Holdings asserted the appointment of Sudipta Bhattacharya, Sanjay Pugalia, and Senthil Sinniah Chengalvarayan to the managing directors. The assignments take effect right away.

Last Tuesday, NDTV filed the following response to the Bombay Stock Exchange: “NDTV had been notified by the Promoter Group entity RRPR Holding Private Limited (RRPRH) that all Members of the board in the panel conference which was held yesterday, Nov 29, 2022, had determined.” The two Roys inspired the naming of the RRPRH.

What took place in August, and how was the open proposal to buy NDTV triggered? 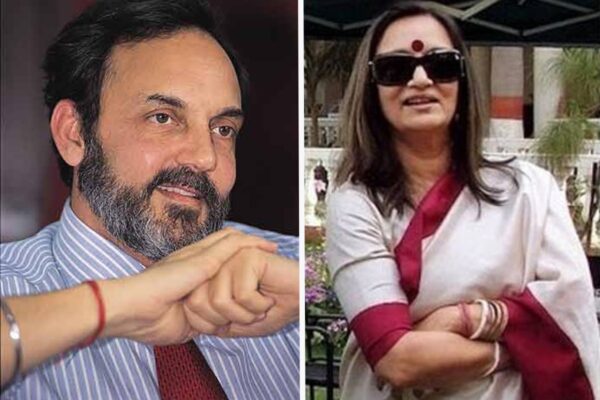 The Adani Group, headed by Gautam Adani, is a conglomerate with a broad spectrum of business interests. On August 23, it declared that it had bought a 29.18% share in the television network NDTV Ltd. and that, in accordance with SEBI regulations, an open proposal would be made to purchase the remaining 26.6% of the company.

The Adani Group began accepting open proposals on November 22. The proposal will be accepted until December 5, 2022. An open proposal is issued by the purchaser to the stockholders of the target firm, urging them to tender their shares for a set price in compliance with the SEBI (Substantial Acquisition of Shares and Takeovers) Rules. Whenever a purchaser owns more than 25 percent of the firm’s publicly traded shares, this method is initiated.

Adani Group must thus make an open proposal to purchase a further 26% stake in NDTV in order for minority shareholders who want to leave the company to tender their shares, as Adani Group has appeared as a significant shareholder with a 29.18% shareholding and it may also change the company‘s control layout.

Reuters reported on Monday that a unit of the Adani Group had received shares from a company backed by the founders of NDTV, moving the conglomerate one step closer to acquiring the media company. Adani may have been stopped by The Roys launching a counteroffer, but doing so would have needed substantial financial resources.

The takeover of NDTV: How did all of this get started?

For the owners of NDTV, debt becomes a trap. The debt accepted roughly 14 years ago has become a painful throat for ADTV owner Pranav Rai. This debt was impossible for the business to pay off. The Roys’ RRPR Holding Pvt Ltd received an interest-free loan from VCPL in 2009 and 2010 totaling Rs. 403.85 crores. RRPR granted VCPL warrants in exchange for this loan, entitling VCPL to convert them into a 99.9% share in RRPR.

Adani wasn’t concerned at the moment. VCPL was able to propose the loan to RRPR thanks to funding from Reliance Strategic Ventures, a wholly-owned subsidiary of Reliance Industries Ltd., which is overseen by Mukesh Ambani.

The sudden entrance of the Adani group made things worse. The Adani Group revealed on August 23 that AMG Media Networks Ltd, a division of its flagship Adani Enterprises Ltd, has acquired VCPL for Rs 113.75 crore. By then, the loan still hadn’t been paid back. Following that, the CPL letter was handed to them “without even any talk with NDTV or even its founding partner,” as stated in a report that NDTV Ltd. filed to the stock exchanges.

The promoter-owned firm, RRPR, which owns 29.18% of NDTV, was given notice by VCPL that it had exercised its right to obtain 99.50% ownership of it. This was done without consulting NDTV or its founder-promoters, according to their statement. The Adani Group has a variety of several control mechanisms. The Adani group also has the option of purchasing shares from other institutional investors if they are unable to purchase a 50% stake in NDTV through the open proposal. The largest shareholder of NDTV today, apart from Prannoy Roy, Radhika Roy, and the Adani Group, is Foreign Portfolio Investor (FPI) LTS Investment Fund Limited, a Mauritius-based company. Prannoy owns 15.94% of the company, Radhika 16.32%, and the Roys personally control 32.36% of it.

To put it merely, RRPL Holding, the promoter group vehicle for NDTV, is selling the network to the Adani group. Suppose the Adani Group successfully acquired the mandated 26 percent of the target company’s shares through their open proposal. In that case, the group’s overall stake will rise to 55.18%, stimulating them to take over management of the business (NDTV). If they are unable to receive a 50% holding, they can choose to purchase shares from other institutional investors.

LTS Investment Fund Ltd, a foreign portfolio investor (FPI) registered in Mauritius, holds the largest single holding in NDTV, followed by Prannoy and Radhika and the Adani Group. It acquired this stake during the September 2016 quarter. Vikasa India EIF I Fund, domiciled in Mauritius, is the next significant FPI shareholder in NDTV, having bought a 4.42% interest in the network for the quarter ending in September 2021. Adesh Broking House (1.5%), Drolia Agencies (1.48%), Confirm Realbuild (1.33%), and GRD Securities (2.82%) are some of the company’s other significant shareholders.

Life after layoffs- what approach should the fired candidates take?