Many industries, including real estate, would be impacted by the second covid surge. Over the last year, the commercial real estate market, especially grade A offices, has shown resilience, with high levels of occupancy and rent recovery. However, as work from home begins, the second wave may have an effect on growth opportunities, as businesses may be unable to expand. At least in the short term, this may have an effect on the profitability of real estate investment trusts (Reits), which spend the majority of their assets in rent-generating commercial real estate.

Michael Holland, CEO of Embassy Reit, discussed the sector’s medium-term prospects and why investors should have Reits in their portfolio. In April this year, Embassy became the first Reit to be listed in India. It has delivered a price return of -2.8 per cent CAGR since listing, according to Value Research, as of 19 April. Holland, on the other hand, claims that the total return after listing, including dividends and capital appreciation, is 24 per cent (absolute, not CAGR).

India has been hit by the second covid wave, and it appears that working from home is here to stay. This will have ramifications on company growth plans. What effect will this have on the commercial real estate industry and the future of real estate investment trusts (REITs)?

We saw an increase in the occupier’s interest in new leases before the beginning of the second wave. Syndication real estate has also gained significant popularity among investors as a result of their significant returns and diversification prospects.

The rise in the number of cases will slow down return plans for many occupants, but the fact that India is the industry leader in the recruitment of digital talent and the perforation of technology-supported services doesn’t change. The young Indian professionals will continue to represent multinational companies that are more technologically based and less geographically restricted across the globe.
Recently, we have seen positive results from technology companies in India who have had record recruitment in the past year. We have seen positive returns by major US banks relying on Indian technologies to sustain their global businesses. With the growth prospects of the West. We feel hopeful about the mid-term perspective for office demand as soon as we overcome this second surge, provided that global companies depend on the Indian workforce. 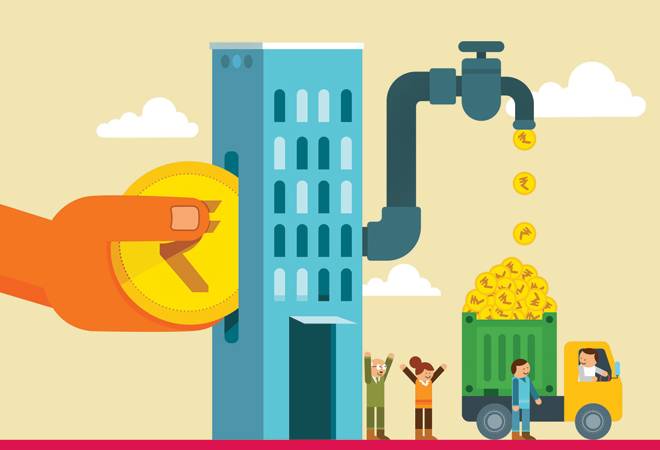 Is Embassy Reit’s restructuring exercise complete to simplify ownership? How is it going to benefit the investors?
The National Company Law Tribunal gave its approval, and the scheme came into effect in March. Dividends are tax-free in the hands of owners under the Indian Reit regulatory system, according to a few requirements, one of which is that the trust holds the subsidiary special purpose fund in a single-tier arrangement. Any of their holdings were formerly owned in a dual-tier arrangement, which has now been granted approval to decommission and replace with a single-tier 100 per cent ownership structure.
Since Reit dividends are completely tax-exempt, the simplification of the holding arrangement allows it to increase the dividend portion of total distributions, raising overall post-tax payout returns to the unitholders.
Trading in Reits requires a minimum lot size of 200 units. A larger lot size necessitates a larger investment. Can you believe it should be lowered in order to boost market participation?
After three Reits have been listed in India over the last two years and after the establishment of a scheme which has received International and domestic acceptance, the Indian authorities are considering making Reits more liquid and widely available by means of 1:1 trading in lot sizes to a larger audience. This measure will be widely supported. The idea behind reducing the trading lot size is to improve liquidity and make the tool available to all customers for effective market-clearing rates.
Lot size reductions allow for wider involvement of institutional investors and thus enhance a subset of the population, who will and should be able to participate comfortably in Reits for all benefits provided to unitholders by the structure.
It also allows potential benchmarking indicators to enable passive index fund monitoring and diversifying the investor base. It also minimizes big fluctuations usually defining poorly traded securities exchange trends. Lack of liquidity affects Reits’ long-term capacity to use capital markets effectively to finance growth.
Following the embassy, there were two more successful listings. How would the sector benefit from the addition of players in the area?
More Reits on Indian exchanges have been added. We welcome it. REIT is a worldwide $2 trillion asset class that has deliberately been designed to enable investors to invest in commercial property in fractional lot size and in a controlled and fiscal system.
The structure of Reit has changed the face of the Indian office sector permanently. The fact that India has listed three Reits in two years demonstrates how keen investors have been to support the transformation of the office industry in India from a decentralized, low-scale, variable quality sector to a more institutionalized, concentrated, higher quality, compliant market that offers better commodity to occupiers and investors alike.
Why is now a decent time to invest in real estate investment trusts (REITs), and who can do so?
Reit is a mature and complex asset class around the world. Reit stocks are owned by 87 million people in the United States alone. For the past 25 years, Reits have outperformed the S&P 500 in terms of overall return. Embassy Reit has delivered a forecast cumulative return of 24 percent after listing and has paid out dividends totaling about 3,700 crore quarter after quarter.
This demonstrates that Reit has been resilient during the pandemic, with growth coming from a variety of sources, including contractual expansion, mark to market, on-campus production, and acquisitions.
With this track record, an office Reit focusing on the Indian market should be a key component of every institutional investor’s asset allocation plan, alongside equity and bonds.

How to Save on Business Costs

By ananya
Follow Us
Weather
New Delhi, IN
Mist
26 ℃
33º - 26º
100%
2.57 km/h
33℃
Sun
36℃
Mon
37℃
Tue
36℃
Wed
35℃
Thu
Recent Tech News
Facebook Twitter WhatsApp Telegram Viber
Back to top button
Close
Popular Posts
Most Commented
Recent Comments
We use cookies on our website to give you the most relevant experience by remembering your preferences and repeat visits. By clicking “Accept All”, you consent to the use of ALL the cookies. However, you may visit "Cookie Settings" to provide a controlled consent.
Cookie SettingsAccept All
Manage consent