Arrogance doesn’t comprehend well when the citizens are suffering from the tragic catastrophic of Covid-19. We have become used to be disseminated by our policymakers in hindsight of the Covid-19 second wave, threatening the deep chores of the Indian economy. India’s hospitals are condoning their lives for saving ours as we survival from the deadliest disease since Spanish influenza. A leadership that has dismissed the warnings of a covid-19 Tsunami from experts, based on the fallacy and assurance of false data, has miserably collapsed the interests of the netizens.

The politicians were mesmerized by being declared as the Vishwa guru and the pharmacy of the world. Keeping fatalities of its nation neglected, the leadership promoted the platform of fake nationalism to its citizens. It seems like that it hasn’t probed well within the aching souls fighting for their lives.

The arrogance is replicated from the non-hesitant etiquette by the government in asserting that there is no shortage of oxygen supply during Covid-19 in India. Today, the immediate concern is the devastating onerous of not taking the prompt decision to lessen the burden of commune hospitals and citizens. Much of it has to adhere to the casualness of planning and execution, and it is the citizens underpinning the repercussions. What makes you think that the recent announcement of instilling 551 oxygen concentration plants will be a successfully administered project.

The government has dithered the consensus of citizens and crept in frustration why it has become a storyline of failure. Before we discuss how the arrogance of the superintendency fabricated a nemesis for India, we would look forward to some of the past experiences. Months ago, the Prime Minister issued an awe-inspiring announcement that new oxygen plants would be integrated across cities. It would get instilled in the worst affected areas reflecting a massive shortage in oxygen concentration levels during Covid-19. But the dire arrogance and ascendancy of the government kicked here too when an investigation on the synopsis got conducted.

The cracks were seized open as the resplendent citizens walked on the crematories. The investigation conducted by the Scroll Website suggested data till April 2021, and the promises of setting up 150 additional oxygen concentrators hadn’t been fulfilled. Only 11 got installed, out of which only three are functional right now. Wow, in a population of India’s enormity, such figures are appalling. Nevertheless, the Health Ministry claimed the 33 installed, as always, the government was manipulating the non-implementation of the oxygen hubs.

The Jurisdiction Power Has Compelled into Hubris; Not Satisfactory Sign for the Nation

India celebrated the victory over the Covid-19 pandemic early than expected, and it turned out to be a curse for the nation. By mid-March, the alarming period of rising cases got fully-fledged possessing its impact on the Indian region. If the central government contented to conspire with the sufferings of the citizens beforehand, many of the precious lives lost in the country could have been saved. The argument has always been why did the government let the guard too soon? The reason being coherent that it had to conduct the election campaigns.

The Election Commission of India did not adhere to the affliction of the country, and the decision was abysmal in giving the green light to the politicians to go ahead amid the country overhauling the consequences of the Covid-19 crisis. It went so far ahead that the government blatantly kept giving false hopes that the healthcare infrastructure. Having got the power, how could the system fail to secure the two primitive aspects of the Indian Administration, health and economy? The central government’s two pillorying leaders left us raging on roads, social media, and the hospitals in an endeavor to save our lives.

It replicates that no matter how much jurisdiction one has, it can’t be reiterated towards a comprehending future if the leadership doesn’t have the prowess to direct the country out of the Covid-19 crisis. The need for hospitalization was inevitable, and the authorities didn’t respond or act promptly enough to initiate the build-up of facilities in the purview of the Covid-19 second wave. The staggering aspect of the whole dilemma is the negligence of the Home Minister.

He should have been the go-to person in supervising and instructing the Lieutenant General the prospectus of ramping up the industrial production; he was busy conducting rallies even without following the Covid-19 protocol. The ignorance to increase in infections slowly started to highlight the severity of the hospitalizations. The sudden surge in hospital admissions became intolerable for the authorities, and soon the extent was visibly perceived in the mortality rates. 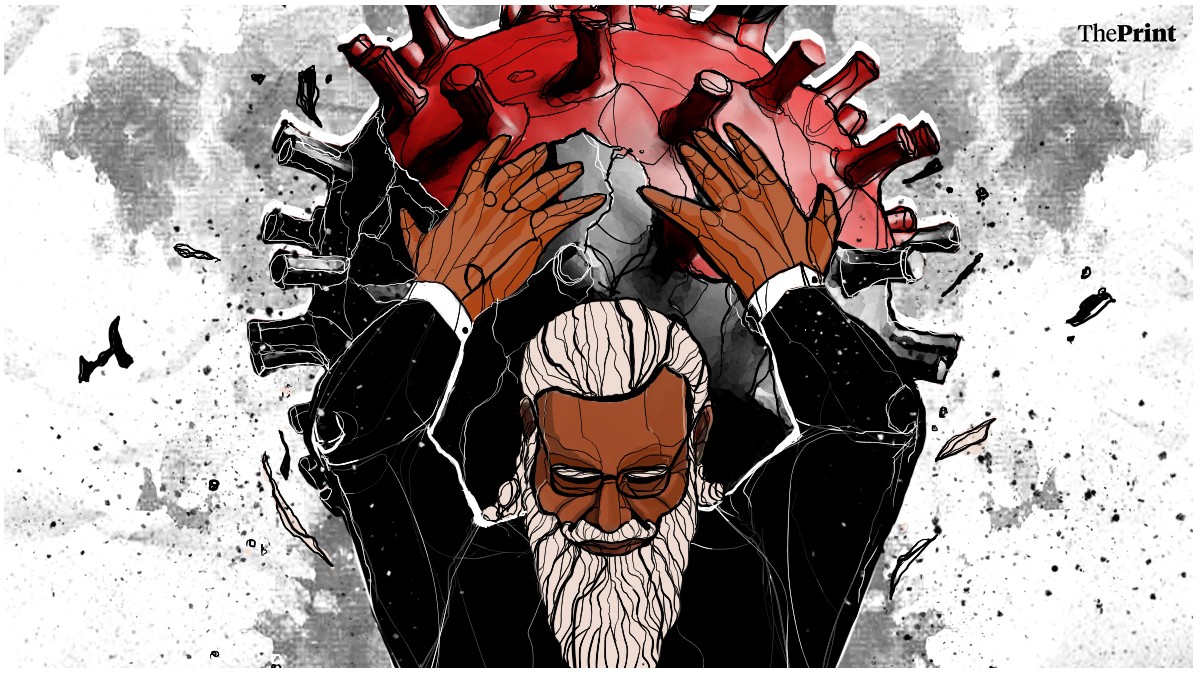 The Boasting Even Surfaced in the National Capital

The pride of the nation, which is home to the Parliament, suffered the plight of the most disastrous outbreak of all times. The government had emphasized its stance, ignoring all the scientific theories possessed by the researchers and experts that had thoroughly studied the scripture of the Covid-19 second wave. Had everything planned out accordingly, the emergency reeling situation of bringing oxygen through tankers to Delhi would have got peculiarly put in place?

Delhi’s Chief Minister plea was considered to be fake and a dignitary of playing politics in the presence of other chief ministers. How audaciously the toll has been carved out by the BJP supremacy led by Prime Minister Narendra Modi. The tussle became the hot-headed topic of the meeting. Bizarrely, the leadership which had broken protocols during its political avenue was slamming Arvind Kejriwal just for spilling out facts. Delhi’s condition is sensitive, and all the citizens could have prayed for is some assistance to their jangling misery.

That’s the least that they could have asked for in the drastic times. The times which has put a halt in our lives and now are surpassing the stage of tolerance. If that wasn’t set to be a proclamation of authority and prioritizing being a vaccine guru despite the enormity of deaths, we don’t know what is. The Boasting attitude magnified the government’s strategy of lacking the prowess of tackling the Covid-19 pandemic. 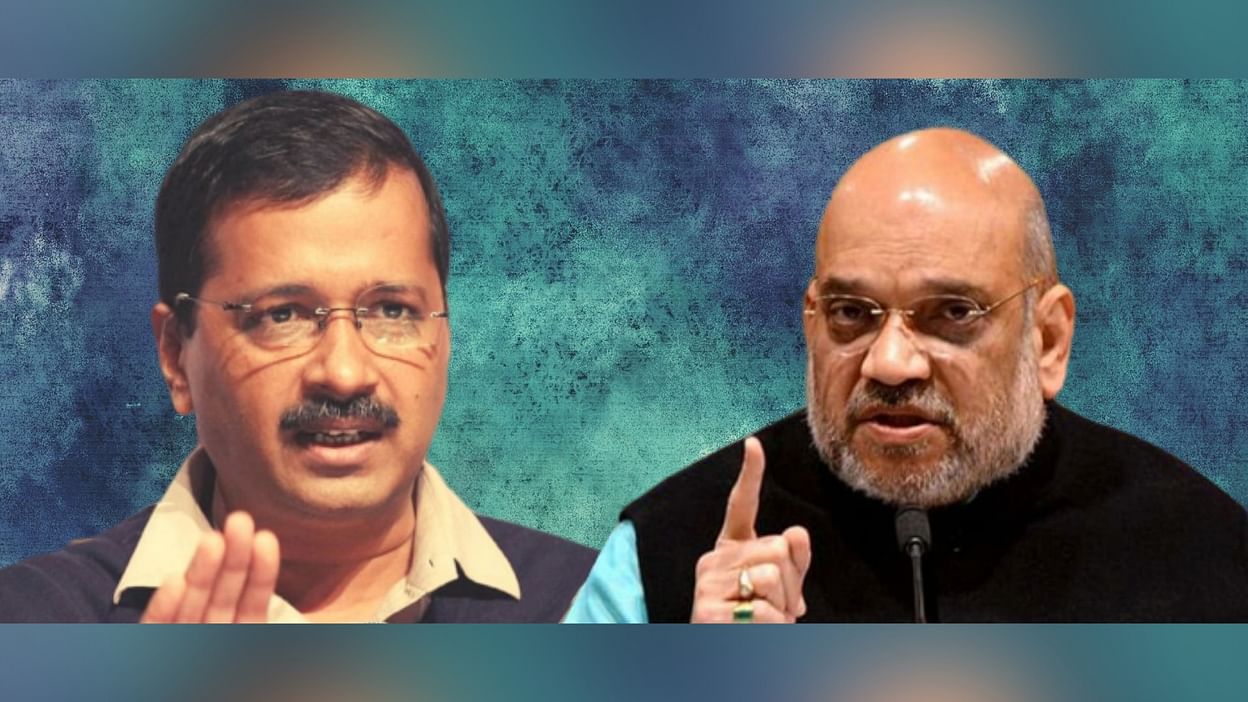 The inequality in the covid-19 vaccine prices acted as the final nail in the coffin.

While addressing the nation during the Cabinet meeting, Delhi Chief Minister Arvind Kejriwal put a valid notion ahead which asserted; one vaccine, one rate. The central government policy, while opening the Covid-19 vaccination drive only accommodated 50 percent of the production for the purpose. States and private organizations were instructed to make arrangements for the other 50 percent of the production. The decision was considered to be a conspicuous deliberation as the government resorted to extending its authority by giving the maximum doses to the BJP ruled states.

The citizens didn’t have any idea about it until the Non-BJP states came out and asserted the shortage of Covid-19 vaccines. The compelling factor in the whole scenario was about the license given to the company to decide their priorities. The prices were divided and caused dismay across the public. A discrepancy between the states and the private companies erupted as the companies benefited from dictating the prices of the vaccine. It was all the creation of the central government, and they sat back claiming that the vaccine would get provided equivocally. The question that needed answering was whether the government was revolving around the implementation of the policy to regulate the markets according to its terms.

Hyderabad-based company Bharat Biotech played by the scruff of the demand as it sets reasonably enormous prices for its Covid-19 vaccines. The price set differed so extravagantly that people started condemning the companies for hoarding the essentials for their benefits. Why have the companies changed their stance suddenly, and are they wavering the citizens again under the cosh by selecting the policy of different pricing for the state, central government, and the private hospitals? If the policy gets the initial boost from the central government, and especially the diplomatic leaders, then these companies would be called the king-sized conglomerate of the nation whose revenue would surge heights. Well, that’s not even the most concerning point.

Is the BJP involved in the subjection of such a rule which will rule out the Non-BJP states with mere disappointment on their hands? Secondly, Covaxin, the only indigenously produced Covid-19 vaccine in India was developed under the direction of the public sector institution ICMR. Why are the public sector units not involved in deploying the vaccine? It would have a far better and viable option with a scientific method of distribution to each state. India’s immunization program has got handled by the public sector for decades. So the accountability of the 50 percent production given to the private companies raises doubts that there was a secret loophole being jotted down by the Central government to raise more revenues.

The identification of the Covid-19 second wave was done so late that the government didn’t know how to cope up with the intensity. The public sector has been indulging in idle procurements and having eventually become sick units. The government could have handed over the majority of the production in hands of these idle units that would have better prepared the vaccination supply and would have been allocated at a reasonable rate to the citizens. But the arrogance of stocking up its revenues was the first thing addressed, and the citizens kept on reeling under the sovereignty. 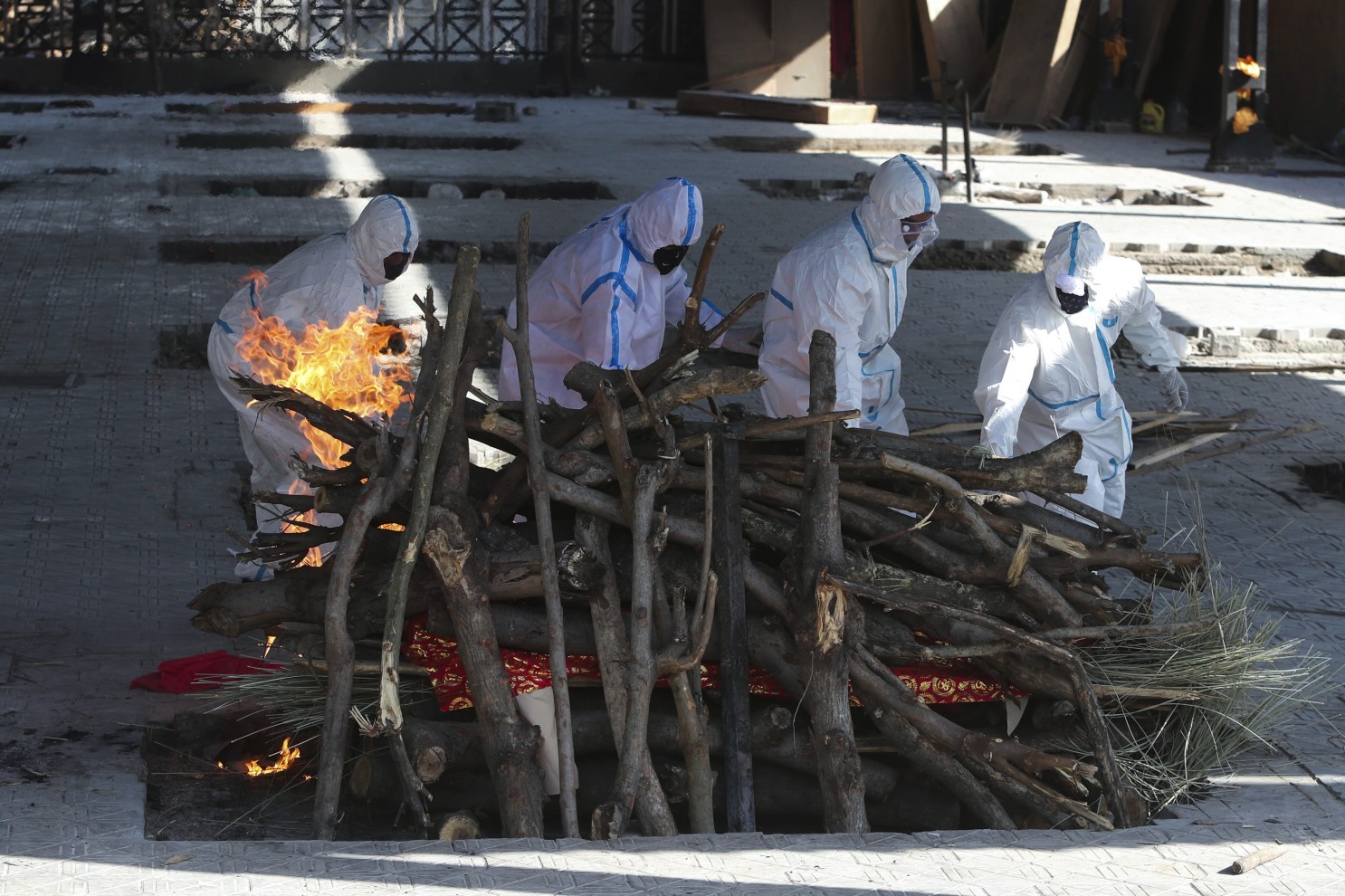 However, the haughtiness of BJP does not end here. The Modi government has resorted to going back to its original response to any failure by suppressing the facts, truth. The level of extremism and putting the notions into jeopardy has been the longstanding approach of Narendra Modi and Amit Shah. Recently, the people talking about oxygen Shortage have been regarded as anti-nationalists who are spreading fake news while all they are doing is spreading awareness of the current Covid-19 situation.

It resembles that the government is insecure that its plan to be profitable might get trapped by the citizens, and that’s why people are being alleged and penalized for dissent. Today, the RSS warned of a conspiracy by the protagonists of the Modi regime, and whoever tries to tarnish the image will have to bear the consequences. It is imperative that throughout its regime the Modi-Shah partnership has worked against the interests of the citizens, which is so heart-wrenching for the world’s largest democratic nation.