If 2020-2021 had a colour, it would be grey. When Covid-19 escorted China (along with other major economies) to a halt for several weeks last year, a separate form of globalisation was witnessed by the foreign firms. A form without a prosperous Chinese economy at its core.

Panic mushroomed all over the globe. Foreign companies accepted that they have become extremely dependent on China as the simplest and best destination to manufacture and sell their products. Whether for exports or domestic consumption, China served as the ideal place.

The novel coronavirus set foot in the midst of an ongoing trade war between America and China. The virus was seen as a necessary shock that would bring about major changes. Foreign companies vowed to diversify their supply chains to make them more flexible, at the same time stating that they would not change their production locations “in China, for China” to satisfy Chinese demand once it returned.

A year has passed, the situation has taken several dramatic turns. On June 8th a report was released by the European Union Chamber of Commerce. The report was the result of the annual business confidence poll, which was conducted by the same body and was participated by nearly 600 businesses. 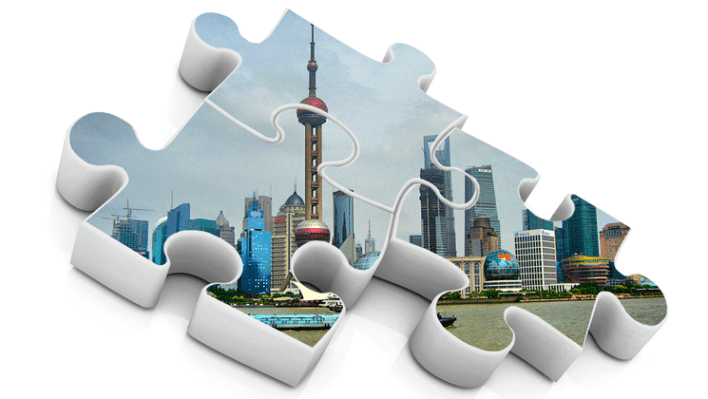 The report focused upon the growth of optimism in China, surprisingly the economic growth of China has resumed much faster than anticipated by experts. In 2020, three-quarters of European companies dreamt they would be making profits, allowing them to transfer the excess profits back to the headquarters in the course of poor results abroad.

Optimism is not the same for all industries. The automobile and luxury goods manufacturers, to be precise, experienced record sales. The rich Chinese class who were unable to travel due to the pandemic restrictions went shopping instead, which served as the reason for such record sales.

Surprisingly, the same companies are still doubtful that China will open markets or apply rules equally for domestic and foreign companies. One-sixth of the respondents admitted that they are pressurized to transfer technologies to continue market access. Two-fifths believe that China’s business ecosystem is much more regulated (politicized) than it was before.

Recently, the Chinese have imposed sanctions against European politicians as a counter to the unilateral sanctions imposed by the European Union on relevant Chinese individuals and entity, citing the human rights issues in Xinjiang. China’s state media also urged customers to boycott products from H&M and other clothing brands in response to strong criticisms by European countries for brutal treatment and slavery of the Uighur Muslims in the far western region of Xinjiang. 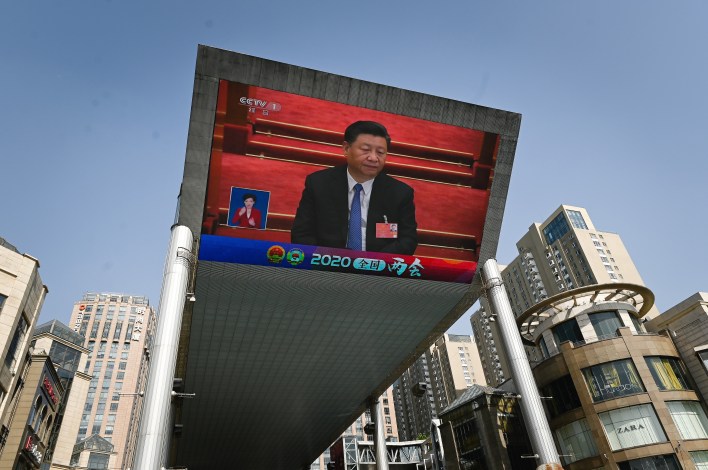 If the survey had been undertaken after such sanctions, the share (who believes that China’s market is regulated) would almost certainly have been remarkably greater.

European companies are already losing economic prospects because of China’s stringent laws that demand sensitive technologies used to be secure and fully under control by Chinese authorities. These laws are added with strict regulations that prohibit several data transfers across the nation’s borders.

Consequently, multinational corporations are being forced to create separate databases, cloud services, and software systems for China and are compulsorily hiring all-Chinese research and development teams. According to the president of the European Chamber of Commerce, Mr Joerg Wuttke, foreign companies are required to set up one operation for China and another for the rest of the world. And this process is increasing with each passing day.

These companies when complaining about how difficult it is for China, any sceptical Chinese official could wonder why his country has to heed worldwide calls for reform when these same people turn around and make new investments. According to some Chinese officials, some big European companies are responding to the US export curbs on delicate technologies by shifting facilities out of the US so that they can continue serving Chinese customers.

When asked personally, the European executives confess that they are losing ground in their efforts to convince China that liberating the market is in the country’s best interests. Some are becoming more eager to invest huge money against Chinese businesses in Europe, like the investment screening systems or legislation imposing revised fees on carbon-intensive projects or enterprises which are subsidized by the Chinese government.

Xi Jinping’s China is extremely picky about which foreign companies it allows to enter the country. China’s most favoured company sell high-tech chemicals and industrial machinery, which it cannot produce on its own. The presence of these companies attracts specialized suppliers. These companies are treated specially. They are permitted to set up completely owned Chinese subsidiaries, which in turn benefits them by preserving trade secrets. Also, they are exempted from the red tape that checks the growth of smaller competitors. 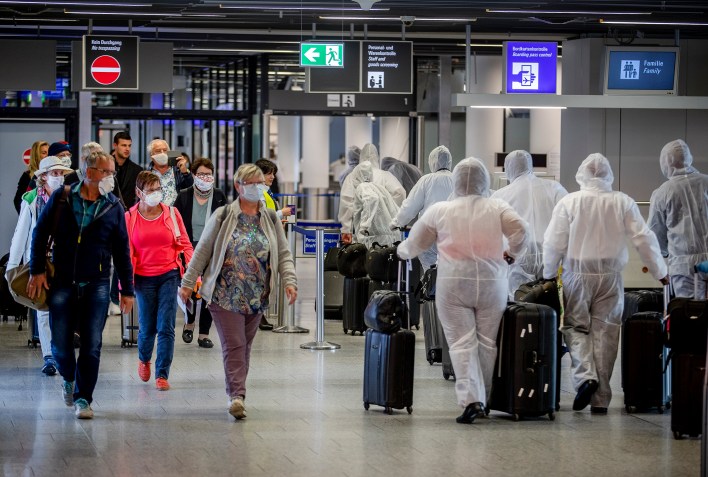 A lower stratum of foreign companies produces things that the Chinese enjoy, such as European luxury cars and other luxury products. The government will allow them to exist as long as they manufacture their products in China, pay the local tax, employ Chinese workers and use Chinese parts.

This is profitable for foreign multinationals as China accounts for more than half of those multinationals’ sales. However, it is to be noted that the fact these companies make such profits is because they operate exclusively within the confines of the country. China is not a major market for Western exports. For example, the European Union sells more to Britain than to China.

During the pandemic, it has become more difficult to bring foreign personnel into China. For a long time, substandard emigrants have enjoyed undeserved advantages and many jobs should be localized. However, localization has its own ill effects in China, a country devastated by maddened nationalism. Some of the Chinese businessmen support their government’s take on stalled reforms or the political disturbances in Hong Kong and Xinjiang. And others are insensitive to Western politics.

Assessments to check the practicability of the market, became a concern for boards in the West. Now they are tussling over a question: do their companies honestly wish to operate in China as Chinese businesses, employing fewer foreigners, and generating profits that are shared with shareholders around the globe?

Will these companies receive assistance from their governments back home in the West? Executives with a lot of experience see the options as narrow. Meanwhile, the hostility of Western public opinion is increasing day by day against China’s cruel autocracy. Whatsoever, the world is getting disconnected politically. That shock will have long term after-effects. 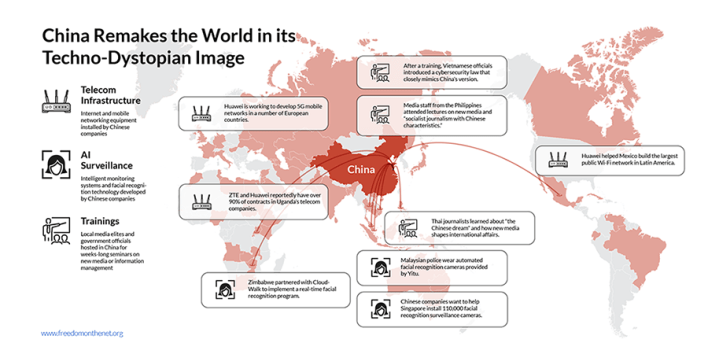 India and China have been landlocked in their biggest confrontation in decades along the Himalayas, since 2020. This conflict in the Galwan valley has reminded the world yet again that the two most populous nations (also immediate neighbours) have an unsteady relationship. When 20 Indian jawans were killed during the ongoing confrontation with China’s People’s Liberation Army, the issues in India’s economic connection with China were exposed. While Indians are burning with nationalistic passion with loud demands for a complete boycott of Chinese products and a ban on investments.

But it’s easier said than done. There are mainly two problems, among various others. Firstly, taking into account India’s major reliance on Chinese products, how much feasible or practical is a complete boycott of Chinese products? Secondly, India must grasp the circumstances that have compelled it to such a level of dependence through time. China has carefully and steadily grabbed the Indian market in a wide variety of items. For this, China has taken almost a decade and a half. Therefore, the question now becomes whether India’s economy can at least in the medium term, decrease its reliance on China.

The present trade statistics have clearly shown that the nationalistic approaches to bring our northern neighbour to its knees, just by boycotting Chinese goods, have failed. A simple example of LEDs being more than 50 per cent cheaper (despite a 40 per cent increase in Chinese product price) than the Indian alternatives, proves the fact. This indicates that to enhance growth and investment, India will need to apply several reforms. Which includes land and labour reforms. To replace Chinese imports, India must focus on increasing domestic manufacture.

Especially, in delicate areas like electrical machinery and most importantly, pharmaceuticals. Without any of these reforms, our Prime Minister’s call for “Aatma Nirbhar Bharat” will remain as just a slogan. As the uselessness of our PM’s call has already been observed, and this is the reason why, even after the Galwan Valley conflict, we witnessed a booming trade relationship with China. Unfortunately, we will continue to see such significant dependency on China for a considerably long time in the future.

Windows 11: Why the hype? Is it worth upgrading?