As the old saying goes, there are only two certainties in life: death and taxes. And the existing high tax structure in India sends the message that “tax is certain, and it will be followed by death,” because the common man is getting chilly bones from paying such high taxes.

Is countries with low taxes are most developed?

The recent filing of income tax returns has raised several issues concerning the structure and governance of the Indian economy. Some of them are-

A month ago, an article by senior journalist and writer Kalpesh Rawal titled ” एक तनख्वाह से कितनी बार टैक्स दूँ और क्यों….. जवाब है? (How many times should I pay tax from one salary and why….. do you have the answer?) is a noteworthy negative aspect of Indian governance, highlighting the biggest issue of a common man, where the salary is one but taxes are multiple!! How and why- no answer to justify!

And, after paying so much in taxes, the output is not acceptable.

Despite paying so many taxes on roads, there are still potholes that might cause a deadly accident, as well as delayed and adversely famous failed projects, such as the fall of a flyover, and others, which not only damage the country’s property but also cost the lives of many people. Furthermore, in this scenario, the lump-sum tax that places an unnecessary burden on the common man’s pocket is the next degree of torture.

Even after paying so many taxes on books and the education system, the quality of education delivered cannot be guaranteed to be beneficial to future generations. And if the education is excellent and the pupils graduate as genius youngsters, they are leaving the country and Indian citizenship for better careers and in search of low taxes.

According to figures submitted by the Ministry of Home Affairs (MHA) in the Lok Sabha in July, over 1.6 lakh Indians renounced their citizenship in 2021, the most in the previous five years. The stated justification for such an act was that individuals left Indian citizenship for personal reasons.

It is, indeed, personal to them!

The amount of tax levied by any specific country is one of the most crucial elements in determining where to establish one’s personal or corporate interests. While we all understand that paying taxes is necessary to contribute to the countries in which we live and work, it is essential to consider the amount of tax chargeable in that country when considering citizenship or residency in that country, among all other factors that contribute to an ultimate decision.

Individuals earning more will ultimately prefer to live in a nation with lower tax rates because they will not be interested in paying taxes to a government that is imposing high tax rates and not doing at par or not providing an acceptable return.

Along with that, there is an indirect way of cess and surcharges, which are additional taxes placed on the amount of tax payable. The following are the problematic issues in the case of cesses and surcharges:

Are higher taxes the biggest cause of tax evasion?

Higher tax rates encourage tax evasion. Individuals are forced to engage in a variety of misleading actions as a result of high tax rates. People appear to be ready to tolerate “relatively low tax rates.” However, when rates reach a particular level, they rebel; if tax rates climb over a certain level, the extent of evasion increases drastically. 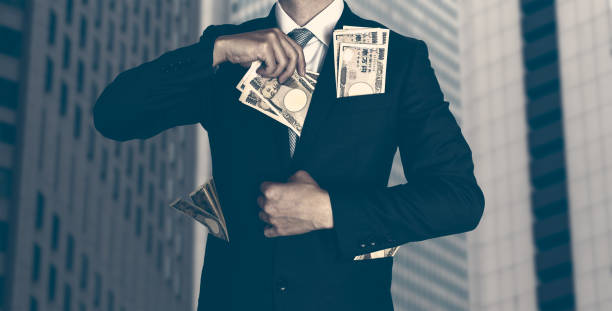 The Impact of Tax Evasion in India:

Tax evasion generates economic inequality, which is how some individuals become rich while others become poorer. Many government reform efforts and projects are therefore canceled, and welfare operations suffer as a result. All of this occurs when either the common man is irritated by increasing taxes or a wealthy businessman refuses to pay the government for his efforts. Lowering tax rates, in this scenario, would minimize the burden on every individual, and incidences of tax evasion would ultimately decline.

Hope at the end of the tunnel.

Lowering tax rates is not the sole way to prevent tax evasion; however, in other contexts, reduced tax rates have made the country more economically progressive and appealing to foreign investors. Overall, high tax rates are not only a burden on the common man’s pocket, but also an indication of danger to the country’s youth, and if this youth is not convinced, the effects are clear: renunciation of Indian citizenship! So the government should know the anticipated negative consequences of high tax rates; otherwise, the worst is yet to come.

See also  Shifting economic order from Washington to Cornwall, What is shaping India ?

In 48th GST Council Meeting, FM Nirmala Sitharaman Might Also Apply GST On Funeral, Child Birth, Life & Death, As Well As Air & Water. Indians Will Have To Pay GST Before They Die Or Else ED & CBI Might Raid Cemetery

Adani does not Own any Telecom Company. What is Adani going to do with the 5G Spectrum?