The time is not far when the worldwide media will be flooded with pictures showing Delhi being embraced by thick smog. Most noteworthy media channels will conduct 9 PM debate shows dedicated to this yearly issue, and it will serve as a national delicacy at the dinner table of most Indian families.

Influencers on Social Media platforms will spat their hatred on the administration, environmentalists will raise protests, and just like I am writing this piece, all the newspapers and magazines will highlight and analyze the situation. But, all in vain! Delhi’s great smog is not a new kid in the block; it has been choking Delhi roughly since 1999 (I suppose it dates back even further).

In November 2017, Delhi earned the unenviable characteristic of becoming the most polluted city on Earth, as the air quality had reached significantly alarming heights. On November 8, pollution rose so high that some tracking stations witnessed an Air Quality Index of 999, way above the upper limit of the worst category, Hazardous. 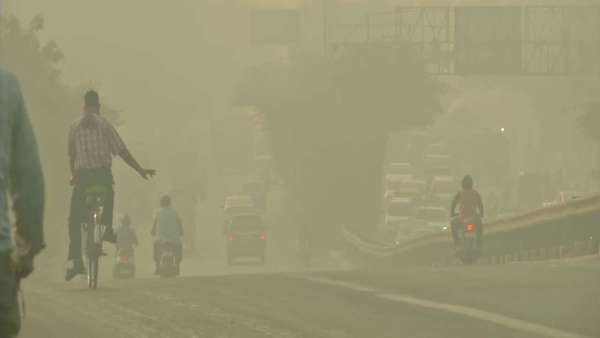 The airborne particles and the toxic chemicals that make up the photochemical smog have suffocated 19 million people of the metro city where simply inhaling the air was, at its worst, like smoking 50 cigarettes each day. Hospitals recorded a 20 percent surge in patients with pollution-related illnesses, and doctors have declared a public health emergency.

The culprit behind the smog

By now, every other person in the country is well versed in the fact that the smoke rising out of stubble burning in the neighboring states of the capital causes the deadly smog. This might be one among other causes, but this is not the only cause. It might be the most specific cause to remember, but several other factors fuel the dreadful situation every year.

Why does air pollution increase in October each year?

October is usually characterized by the withdrawal of monsoons in Northwest India. During monsoons, the prevailing direction of the wind is easterly. Monsoonal winds, which travel from over the Bay of Bengal, carry heavy moisture and bring rains to the North-Western part of the country.

Once monsoon retreats, the prevailing direction of winds shifts to northwesterly. During summers, the focus of wind is northwesterly, and the storms carry dust from Rajasthan and sometimes Pakistan and Afghanistan. According to a well-researched study conducted by the scientists at the National Physical Laboratory, 72 percent of Delhi’s wind in winter months comes from the northwest. In contrast, the remaining 28 percent comes from the Indo-Gangetic plains. 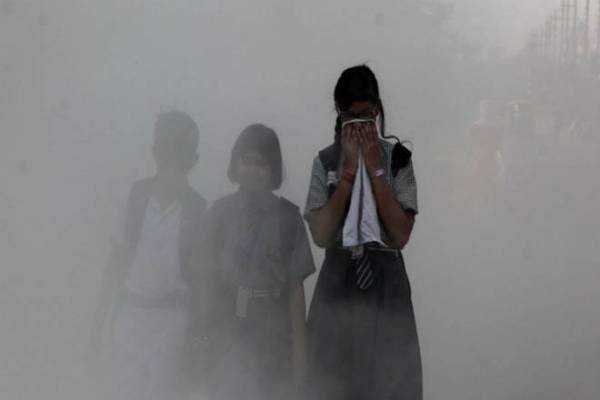 In 2017, a storm that started in Saudi Arabia, Iraq, and Kuwait caused a significant dip in Delhi’s air quality just a couple of days.

Along with the shift in the direction of the wind, a significant fall in temperatures is also behind the increased pollution levels. As temperature decreases, the inversion height, which is the layer beyond which air pollutants cannot scatter into the upper layer of the atmosphere, is decreased. The concentration of particulates in the air increases when this happens.

Even more, high-speed winds are very effective at scattering pollutants, but winters bring a dip in wind speed overall compared to during summers. The mixture of these meteorological circumstances makes the region vulnerable to the pollution. Air quality dips further when players such as farm fires and dust storms are added to the city’s already high base pollution levels.

Farm fires have always been an easy way to get rid of paddy stubble fast and at a low cost for several years. The method became more popular with the use of combine harvesters as the farmer leaves behind tall stalks, which have to be shoved before replanting. But the practice achieved widespread acceptance starting in 2009 when the governments of Haryana and Punjab passed laws delaying the sowing of paddy.

This law aimed to conserve groundwater as the new sowing cycle would coincide with monsoons, and comparatively less water would be extracted. This, nevertheless, left very little time for farmers to harvest paddy, clear the land, and sow wheat seeds for the next season. The paddy stalks and straws have a high concentration of silica and are not utilized to feed the livestock. So, the easiest but the least productive way to get rid of the stubbles is to set them on fire. 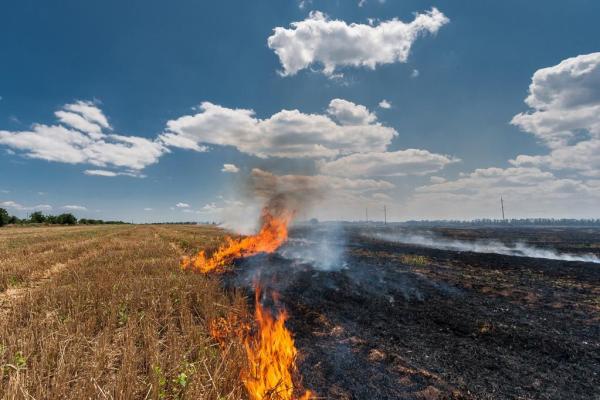 For almost over the past 11 years, the practice has grown despite efforts made by the Centre and state governments. The reasons being the alternatives, like the happy seeder machine, which helps mulch the residue, are seen as unavailable and money, and time-consuming by smaller farmers.

A 2015 source-apportionment study on Delhi’s air pollution conducted by IIT-Kanpur also states that 17-26% of all particulate matter in Delhi in winters is because of biomass burning. Over the years, the System of Air Quality and Weather Forecasting And Research (SAFAR) has developed a method to calculate the contribution of stubble burning to Delhi’s pollution.

In 2019, during peak stubble burning incidents, its contribution rose to 40%. In 2020, October, it has been 2%-4%, indicating that various circumstances, not just stubble burning, are accountable for the dip in quality. This year, as October and November draw closer, Delhi braces itself to witness the deadly smog once again.

The stubble-burning season is around 45 days long. Air in Delhi, nevertheless, remains polluted till February.

What are the other significant sources of pollution in Delhi?

Vehicular pollution and dust are the two most significant causes of dipping air quality in Delhi in winters. Dry cold weather means dust is prevailing in the entire region, which does not see numerous rainy days between October and June. According to the IIT Kanpur study, dust pollution contributes to 56 percent of PM 10 and the PM2.5 load at 59 t/d, the peak contributor being road, which is 38 percent of PM 2.5 concentration.

The introduction of BS-VI (cleaner) fuel, push for electric cars, Odd-Even as an emergency procedure, and building of the Eastern and Western Peripheral Expressways are all part of the effort to reduce vehicular pollution. According to experts, it is more harmful as it is released at breathing level.

During the lockdown this year, and the previous year, Delhi saw among the cleanest air since extensive records have been kept since 2015. It also witnessed above-average temperatures in September last year, which meant the air remained cleaner for longer. This year, the air quality was good in May. But, as the temperature is dipping, the air quality is set to deteriorate.