Delhi is likely to receive the first consignment of Sputnik V, the Russian COVID-19 vaccine, in June, Delhi Chief Minister Arvind Kejriwal said on Monday, while stressing that vaccination is key to the fight against coronavirus.

The chief minister also said the city currently has around 944 cases of mucormycosis or black fungus, including 300 at the central government-run hospitals.

He inaugurated a free walk-in vaccination facility for journalists and their families at Sarvodaya Bal Vidyalaya at DDU Marg in ITO.

“I urge all journalists to come in large numbers and get vaccinated. You can protect yourself from coronavirus only through vaccination,” he told reporters. The chief minister said there are around 650 cases of the black fungus in Delhi government hospitals but there is a shortage of drugs used to treat the disease.

Kejriwal said Delhi is likely to get a consignment of the Sputnik V vaccine that will be imported by the firm concerned after June 20.

“Sputnik will probably offer vaccines after June 20. They will start the vaccine production from the month of August. They are importing the vaccines right now, and they will allot a section of their imported vaccines to the Delhi government,” he said.

The Drugs Controller General of India (DCGI) has granted permission for restricted emergency use of Sputnik V with certain conditions. Dr Reddy’s Laboratories will import the vaccine in the country.

The process of lifting the lockdown gradually in the capital also began from Monday, starting with resumption of construction activities and reopening of factories for a week. However, many people also faced certain issues on the first day.

On being asked about the problems faced by people, he said, “We will rectify whatever issues people are facing. I observed that the portal was facing some issues today. We are working towards resolving those and all the other issues based on the feedback from f the people,” he added.

Kejriwal had shared a video on Twitter in which Haryana Chief Minister M L Khattar had accused him of politicising the vaccination issue and had said that the national capital is getting more vaccine doses than other states. 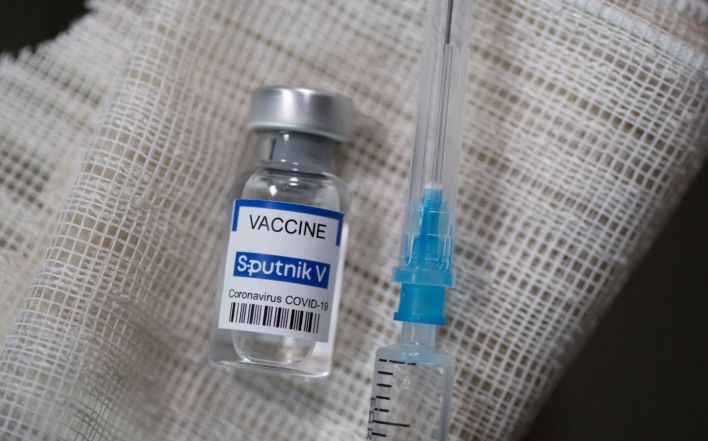 Khattar even suggested that Delhi was vaccinating people at a fast pace.

On being asked about Khattar’s remarks and his tweet, he said, “If we do not vaccinate people at a faster pace and as soon as possible, how will we ensure vaccination for all our people and protect them from corona?”

The Delhi government has floated a global expression of interest (EOI) for the procurement of the COVID-19 vaccine on an urgent basis.

Asked on the issue of states being held responsible for the procurement of vaccines, he said, “How will the states procure the vaccines? It has been one-and-a-half to two months since the Centre had announced that states should float the tenders. There are 36 states and Union Territories. Every state and every political party has tried its best to procure the vaccines by filing global tenders.”

See also  India Witnesses The Most Deadly Week Of COVID-19 Pandemic: More Than 22 Lakh Cases Contributed by India In Just A Week, Negligent Government Refuses to Acknowledge Its Culpability

Kejriwal said none of the states have been able to procure a single injection on their own until now.

“It has become apparent that states are not able to procure vaccines on their own and the central government has to do it. States should be held responsible if and when they are not able to make proper arrangements to administer the vaccines after the Centre has procured, produced and supplied the vaccines to us.

There are people in the 18-44 age group who had received the first dose of Covaxin on May 1 and are due for their second dose. However, the vaccination for this age group has been shut owing to the stocks getting over.

“As soon as Covaxin is available, we will first administer it to those who are due for their second dose,” he said.