A group of 74 Ex-Bureaucrats in UP and police officers wrote an open letter to express their concern over the violation of rule of law and a complete breakdown of the governance in Uttar Pradesh. The All India and Central Services say that they are writing to convey “deep anguish at what we see happening in UP. The letter has been rectified by 200 eminent citizens. 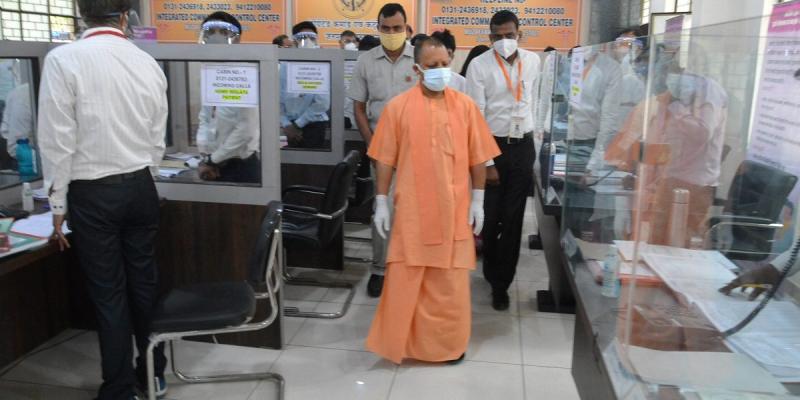 In a four-page letter, the Ex-Bureaucrats, Police Officers, IPS, IAS officials alleged that the UP Government is targeting the Muslims with the law against love jihad. There has been n number of arbitrary detentions and police attacks on peaceful protesters. The letter also said that the National Security Act is being misused in the name of cow slaughter against dissenters.

There have been uncounted deaths and the collapse of the health care system. The letter demanded that the covid crisis in UP should be handled properly.

Not only this, but the letter also provided facts and data under every allegation that they have put on the UP Governance. For the accusation of arbitrary detentions, the officials put forward the case of Kerala journalist Siddique Kappan. The police alleged that he attempted to incite riots and caste based violence. The allegations put on the governance of UP are as follows:

In the Yogi Adityanath Governance there have been unnecessary detentions of innocent journalists who are just trying to do their work efficiently. There have been number of citizens who have been tortured and even slapped by the BJP workers for belonging to a particular caste or religion. Since the Yogi Government has come to power, there have been an increase in extra-judicial killings as per the letter that is written by 74 ex-bureaucrats, police officers and IAS, PCS officials.

The bestowed responsibilities upon the police officials is to maintain law and order and ensure the safety of all the people but in reality they are accused of violence and torturing the innocent protesters.

The Yogi Government is biased towards certain communities. Was the justice to the Hathras Rape Case only denied because the girl was Dalit? Was the overnight cremation of the body of the girl by the police officers justified? No, it was not justified.

The main purpose of the open letter from the officials was to make everyone aware of the malpractices done by the Yogi Government and also suggested to keep these points in mind for the upcoming elections.  If these cases are not addressed then it may result in communal polarization.