The compelling dramatic dictatorial behavior shown by Yogi Adityanath is necessary to reverberate. His atrocious repulsion to not enforce the directives of the high court is seen as a sign of authority. The Indian Administration has been established for about 75 years now, and it is the first time that A Chief Minister showed resilience in not obeying the court order. The synopsis of the Yogi Adityanath led government has been resembling Jungle Raj. Why did he not comply with the instruction and what happened? The Allahabad High Court on Monday directed the Yogi Adityanath-led Uttar Pradesh government to close all establishments in cities like Prayagraj, Lucknow, Varanasi, Kanpur, and Gorakhpur till April 26 in the wake of the worrisome surge in the number of Covid-19 cases across the state. The government had its compulsions and was affirmative in opposing the directive.

Coming down heavily on the Yogi Adityanath government for its handling of the coronavirus situation in Uttar Pradesh, the High Court said, “If a popular government has its own political compulsions in not checking public movements during this pandemic, we cannot remain mere passive spectators.” The HC got pissed and agitated at the government’s decline to obey the lockdown order. Lockdown has become inevitable in some of the affected states in India, and UP completes the list. Yogi Aadityanath is showing a true example of autocracy and dictatorship where he is obliged only to his terms. He doesn’t want to adhere to another opinion, and that might prove burdensome to the citizens. 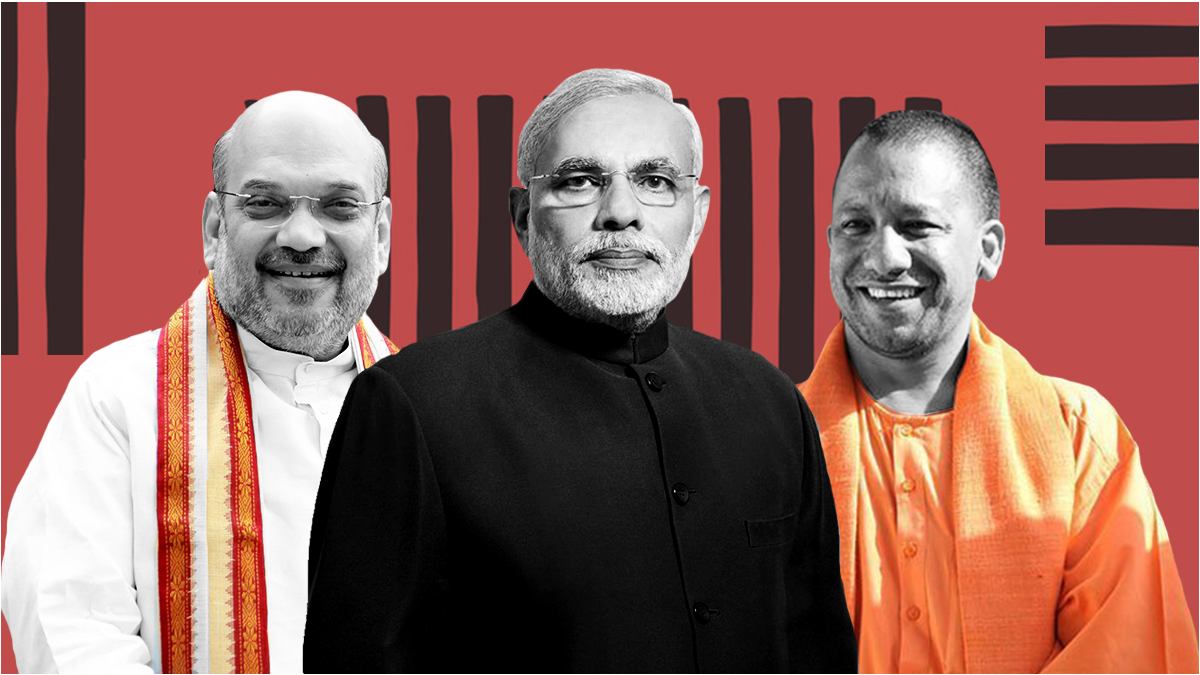 In its hard-hitting order, the high court slammed the UP government for not prioritizing public health. Public health is the topmost priority and call of the moment, and any complacency today will cause havoc to people. The High Court slams the VVIP culture that the government has been attaining over the past few weeks. If things are not arrested or put to a halt to give some respite to medical and paramedical staff, the entire system will collapse, and relief will be confined. A democratic and judicious government is only successful or gets considered to be on the top of the realm of politics when enacts like one. It is vexatious that the government adheres itself to be above the people where a political hue could exploit and expose the citizens in the dark. The unsettling drama keeps on creeping the troubles in Uttar Pradesh as the order further slams the approach. “Those in the helm of affairs of governance are to be blamed for the present chaotic health problems and more so when there is a democracy which means a government of the people, by the people and for the people,” the order said. When other states across India are proposing the perplexing situation of a lockdown despite the economic crisis, how can Yogi Adityanath so mindless to ignore the risk he is exposing the state. The perception somewhat provides justice with PM Narendra Modi’s ludicrous comments yesterday. He asserted that lockdown should be the end solution being preferred by the states and stressed on dawaai bhi, kadhai bhi. The people are not witless, and they know the reason behind the propaganda. The argument is why The UP government affirmed not to impose a lockdown. What’s in it for them? The Elections aren’t there. The economy has been under a crisis for over a year. The Yogi Adityanath government gets relying way too hard on its adequate supply policy and consigning it to be a primitive reason for not imposing a lockdown. Two days back, the Chief Minister Office stated that 20,000-30,000 Remedesivir vials would reach UP. The unprecedented decision of being overconfident over the supplies will eventually cost innocent citizens. The rigidness and shrewdness have been reflected in Uttar Pradesh ever since the Yogi Adityanath government took charge. The Centre and its allies have compliant relations with each other. They both have reintegrated their efforts in divulging the conspiracy loud and clear to the citizens that we are here to stay. Their perception is ridiculous, and this stern behavior would take them nowhere. If the citizens of Uttar Pradesh go on marching protests against these bunch of ludicrous people, then willingly the government might have to step down. The argument stands for another day. 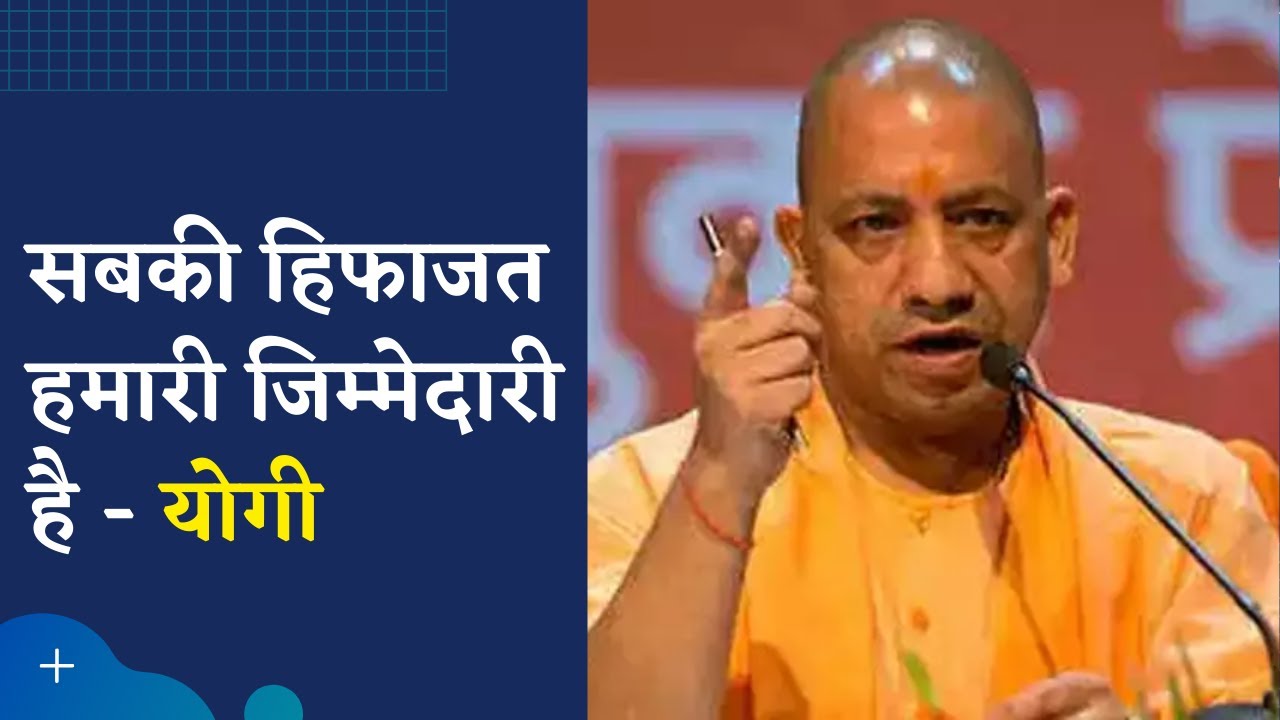 The supreme court time long has slanged comments at the Corridor of the Uttar Pradesh government for showing resemblance to dictatorship. The statements that got issued showed that the government is deliberately seeking its decisions and not ascertaining the advice of the high court. Lately, hours after the high court directive, the UP government issued a statement, saying a full lockdown would not be implemented in cities right now. People are voluntarily shutting establishments.” The last line shows the fret across the community about the virus. The government is not showing any concern or compliance towards the urgent need for a lockdown. No one is denying the fact that before imposing the lockdown, the government has to work out modalities. Despite the constant development of cases over the past two weeks and the high court’s plea of shutting down establishments and curtailing movement, Yogi Adityanath’s position is precarious. Where are the inebriate steps that the government has taken to curb the virus? The high court is highly critical of the government’s audacity to lie about the prevalent situation even when the condition is grim. Even if severe steps are taken, it will look like the government is compromising on a lot of severe cases. The two-week lockdown is predominant to break the coronavirus turmoil.

The negligence of the government shows that political supremacy is above the strive of the citizens. The work can be altered or modified later but you can’t just let the worthy creators hang out to dry. It shows that your nonchalant behavior is way more significant to the government and it is all that matters. The agonizing pain of the citizens is unheard and they are being exposed to death by a few manipulative minds. We can’t shirk away from our constitutional duty to save humankind from the pandemic, and that’s what the government needs recognition of. The dictatorship won’t allow humanity to prosper over greed and the realization of morality is crucial for Yogi Adityanath. His tenure has headway on pressuring units to comply with his terms, and that’s why he is seen as an autocratic leader rather than being a democratic one. The government still has time to conspire with laws and think about the ailing economy and the amplitude at which people are losing their lives. Whether or not it would be the prominent focus of Yogi Adityanath Council is unknown and striking high doubts. The resemblance of greed and power is there in the UP government. It should get vanquished away way before it reaches the level of extremism like the case in Myanmar.

Over the years, such instances have been incurring in Uttar Pradesh. The political supremacy has overshadowed the interests of its public, and it has become a long-lasting scenario. The popular tussle between the citizens and the government happened back in 2019 when Yogi Adityanath wanted the public to pay damages for protest. After protests against the Citizenship Amendment Act broke out in several cities and towns in Uttar Pradesh, the Yogi Government warned the public that revenge would get taken. My opinion is as a government, you are a representative of your citizens, and an astute political leader would not adversely churn out and expel the interests of its faith-worthy warriors. The hype around the protests began to take a toll when the first set of notices got sent to 28 people. The UP government asked them to pay a total of Rs 14.86 lakhs in damages for the destruction of government properties. Aren’t the public allowed to express their opinion or agitation if they don’t feel that everything is smooth? And is it a sign of a democratically run government to penalize the citizens for the same? But the Yogi government notices violated a 2009 Supreme Court judgment in In Re: Destruction of Public and Private Properties V/s State of A.P and others in which the top court made it incumbent upon state high courts — not governments — to recover the damages. Yogi Adityanath and his colleagues should have abided with the court, but how can they follow the norms if it has become their habitual trait to discern ways. The government was compelled with a claim for a realization amount for the breakage of government property by the Allahabad High Court. Instead of standing by the citizens, the government resorts to acquire the penalty from the protestors. The notices issued by the Yogi government cited an Allahabad High Court order where it ascertained the state authorities to pay compensation in the name of damaged property.

The autocratic style of leadership takes the economy towards the accomplishment of a sole objective that is the personal benefits of the government. It doesn’t heed to the sufferings or the situation of the crippling economy and fills its pockets with black money, and extortion money. It keeps on disintegrating lives towards downfall and the Jungle Raj becomes a dominant force in such a synopsis. The agitation and the hampering become crystal clear, and there is no way out. We have seen various examples of authoritativeness in India, but one of a kind in Uttar Pradesh hadn’t been observed in the history of the realm of politics until now. Setting the right example is the essence for leading the path to success, and no expert would rely on the Uttar Pradesh model of governance for the next century. Recent events have made it promising for protestors to step up and take giant steps to stop this excruciation ruling by the government. Yogi Aadityanath, who was a prime example of prominence during his initial days, has now become a deadly evil for the people, against the people. The staggering loophole has been created and intensified with the strong support of the Central government. The valiant efforts of the innocent people have been ignored, and when they needed bolstering accordance to their sufferings, the government has stabbed them in the back. Now we are exhibiting the results of a poorly run and authenticated ruling party.

Gross human rights violation and extortion from common public but no control on election rallies, why is Supreme Court silent tonight?