In the afternoon of July 12, the internet got flooded with images and videos containing footage of a havoc flash flood engulfing Dev Bhoomi. Since the government eased travel norms and Himachal Pradesh was once again opened for the tourists, the state is already struggling with an increasing number of coronavirus cases as tourists gather at popular hill stations like Shimla and Manali.

As the North-West Monsoon continues to bring rainfall in Delhi and nearby states, it is ravaging in parts of Himachal Pradesh and Uttarakhand. The state has been witnessing heavy rainfall for days now, but on Monday afternoon a cloudburst resulted in a flash flood wherein the floodwaters charged through the streets of Dharamshala, destructing parked vehicles. What are flash floods?

Flash floods are different from normal floods. The former is generally caused by excessive rainfall associated with a frightful thunderstorm in a short span of time, mostly less than 6 hours. They are generally characterized by infuriated streams after an excessively heavy downpour that sweeps through river beds, city streets, or mountain canyons, valleys and destroying everything falling on their course. Flash floods may develop within a few minutes or hours of excessive rainfall. Flash floods can also occur in the absence of rain, for example after a dam has failed, or after a sudden flow of water by debris.

Monday afternoon’s flash flood incident in Dev Bhoomi is another warning of the perils that the Himalayan states face from environmental processes like cloudbursts, landslides, lake bursts and snow avalanches. This was not the first time that this Himalayan state experienced such a disaster. Since 2019, the frequency of cloud burst induces flash floods have remarkably increased. In June 2019, the first cloud burst of the year was reported in which the Jhangi village area in Mahela (district Chamba) was gravely affected. Several fields got washed away and the Pathankot-Bharmour highway got blocked.

In the following months, the state witnessed similar cloudbursts. However, in July, no media report was available regarding the cloud burst incident in that month. In August several cloud-burst events shook Himachal Pradesh. On the night of August 6, a cloud burst was reported in Badgra nulla near Halan village flooding homes while people were peacefully sleeping in the Patlikuhal region in Manali. A local bridge in Solang has swept away in the flash flood that followed and people ran for their lives. The next day, another cloud burst event was witnessed in New Sabzi Mandi region in district Kullu. 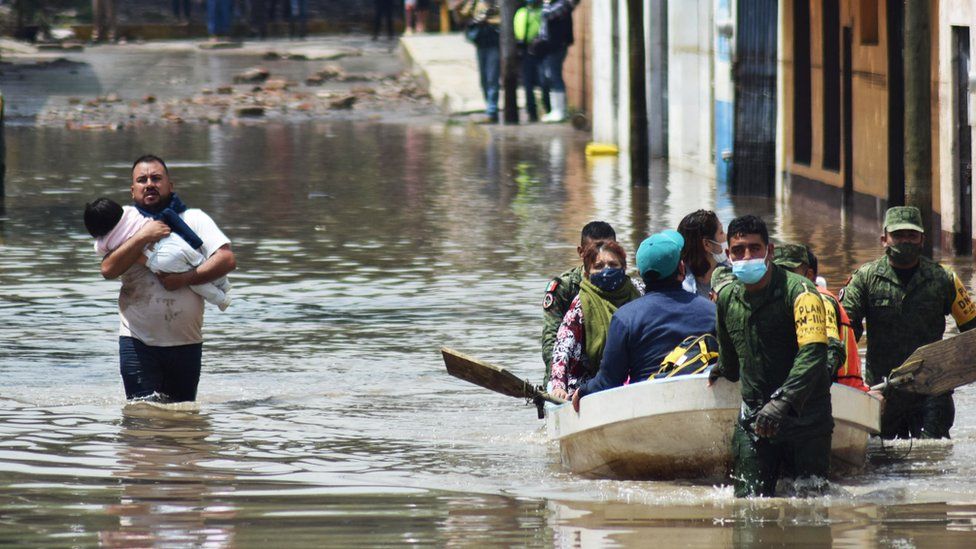 The resultant flash floods and landslides in Badhagran nullah (near Patlikuhal), ravaged many of the private and government properties. The following day, on August 8 three clouds burst events were witnessed in Morang, Kannam and Tangling Nullah in Sangla Valley of Kinnaur district initiating havoc destruction. The excessively heavy rainfall was followed by flash floods that swept through the Kanam and Labrang nullahs. This led to the blockage of the Hindustan-Tibet National Highway 5 and the area witnessed several landslides that destroyed local orchards.

The next day, on August 9, yet another cloud burst event took place in Katalaga village in Manikarn valley (district Kullu) following severe destruction to properties and roads. The incident led to flash floods in the regional nullah that engulfed two bridges and ravaged several houses, the supply of drinking water was cut that added to the misery of the local people.

On August 16, a cloud burst event was accounted for at night from the Dhauladhar region in Palampur. It caused flash floods in the small brooks which included Baner and Nyugal. The raving torrent caused extreme devastation and submerged a temple, several homes and a cremation area. After this incident, the Om hydel project on Baner River was shut down. The state witnessed large scale destruction as a result of the excessive downpour. August 17 recorded 4 consecutive cloud burst events in Bilaspur and Kinnaur districts. Several houses and a 4 MW trench weir under construction Panwi hydro project was significantly damaged.

In 2013, the country witnessed the worst natural disaster since the Tsunami of 2004. From 16 June, a strong cyclonic circulation formed around a low-pressure zone over the Bay of Bengal proceeded westwardly. The cyclonic development got intensified rapidly as it absorbed moisture from both the Bay of Bengal and the Arabian Sea. The Western disturbances from the North when merged with the cyclonic development, it caused havoc rainfall of 375% of the normal rainfall in the state of Uttarakhand and adjoining places. The abnormal amount of downpour led to the melting of the Chorabari Glacier (3800 meters) which has two snouts. One forms the origin of the Mandakini River and the other becomes the Chorabari Lake. On June 16, the locals heard a loud crack that came from the bursting of a cloud over the Glacial Lake which led to its explosion and peaking of the Mandakini River. On June 22, Pithoragarh faced the wrath of the disaster once again. This time the lake of Milam glacier exploded when clouds burst over it leading to the overflow of two rivers that originate from it: the Kaliganga and the Goriganga. As the lake still holds a considerable amount of water, the district may witness a similar disaster anytime soon.

Every year, the Gharwal district of Uttarakhand welcomes a huge number of pilgrims for Chhota Char Dham Yatra: Gangotri, Yamunotri, Badrinath and Kedarnath. Rainfall and floods are common during this time of the year, but the loss suffered during 2013 is horrifying. According to records, around 26,000 people were present in Kedar valley on the day of the event. Almost 39,000 people left for Badrinath that very day. The government’s released number of deaths which is about 800 is not convincing.

In February 2021, Uttarakhand witnessed an almost similar disaster. The flood took place when a large rock and a snow avalanche consisting of materials toppled from Ronti peak, causing heavy flooding in Chamoli district and took the life of at least 72 people. Reports suggested that the cause of the flooding is due to the breaking of the Nanda Devi Glacier and thereby releasing the water which was trapped behind the ice and led to glacial lake outburst flood. The Rishiganga Power Project on the Rishiganga River was destroyed and more than 35 labourers went missing.

With rapid urbanization, the number of natural disasters is increasing. These are just a few incidences of massive destruction led by flash floods in the Himalayan region of the country. There were similar incidents that shook the mountainous states of India. But, as scientists and environmental activists point out, the time interval of such severe flash foods is decreasing. Monday afternoon’s spine chilling footage of Dev Bhoomi should awaken the public and the government authorities.