Given the robust economy, stable government, and considerable changes implemented over the previous eight years, foreign investors have elevated India as a committed investment in their portfolios.

According to global investors, India was formerly seen as a booming market. And China was assigned the value of “a dedicated allocation” developing market on this ranking. But now, FPIs have opted to modify their route in light of China’s stringent covid laws and challenges, and the road to foreign investments appears to be venturing more toward India. Also, Foreign investors are enticed and made their minds to shift to India as a result of the country’s progress.

On an international footing, India is seen moving up and gaining traction. In the last 10 months, foreign investors have pulled out a hefty amount of USD 23 billion from India. This was something a moment of sadness that seemed to come to a halt in the 11th month of 2022, which has seen a foreign investment of more than USD 5 billion. This act of foreign investors can be seen because FPIs have turned into the net purchasers of India.

Moreover, this reversal trend sounds to be more astonishing when you measure the cost of liquidity and you find that it has dramatically risen. The contributing factor is mainly the FED funds rate, which is at this moment 3.83%. The moment of happiness is expected to rise even as this data is anticipated to rise by 50 basis points in the last month of 2022. This individual is a person who keeps a keen interest in Indian equities. The world is witnessing a challenging situation where many leading markets have shown a negative downfall by 15-20% as a result of the country’s economic uncertainties. In such a shallow moment, the Indian share market, using their tool of Indian securities, has shown good stand power and resilience in recent months. This good news is succeeded by a new growth trajectory.

The contributing parameters behind such a stiff resilience of Indian securities can be attributed to solid Government regulatory changes, a good level of domestic consumption, and the central bank RBI’s close eye on the economy with supporting policies. All this has created a notion that Indian markets have taken a new course of action.

This new course of action can be marked with the beginning of a multi-year development cycle, and it is appropriate for foreign investors to remain invested. This positive stand of India on the global market has enticed a majority of foreign investors and every one of them is interested in keeping some amount of Indian securities. Both domestic and international investors, everyone wants to be counted their names in the astonishing success story of the ‘golden bird’, alias Indian territory.

A few months ago, with an intent to invest, the foreign investors were seen in a dilemmatic position, comparing India and China, about where to put their money which will add worth to it. This discussion of foreign investors moves on by putting a question mark on policies of ‘the dragon’, in lieu of Covid-related concerns, although the nation has tempting policies for foreign investors.

This negative emotion for ‘the dragon’ comes as a blessing in disguise for our nation and can be termed as a great opportunity for ‘the golden bird’ to emerge as an economic power.

Keeping an eye on the Indian stocks, which have shown an upward trend of 7%, funds are paving their move towards India via the portfolio of foreign investors. There exists handsome data of over 10 crore DEMAT accounts that exist in India now. Now, just imagine the level of development if these quantities of DEMAT accounts reach a height of 20-30crore in the next decade.

Along with that, when this data is compared to the superpower US, which has seen a fall of double the percentage, i.e, 14%, can give positive vibes to the Indian sub-continent, as Indian equities are expected to increase by 5-8% year on year. 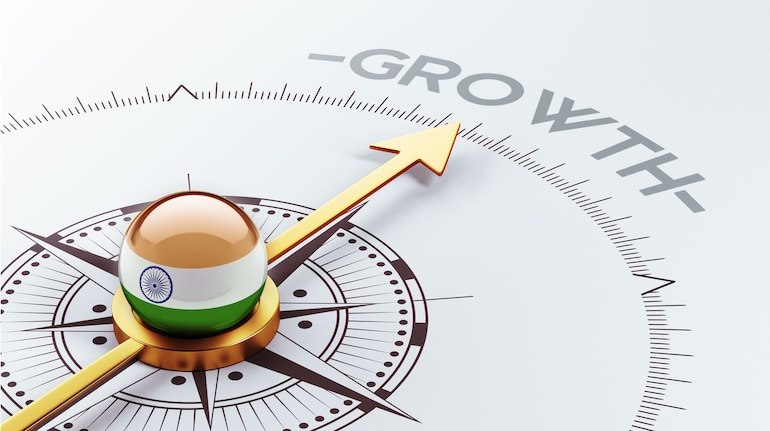 The growth story of India does not include only the worth of foreign investors. Domestic investors are also making a shift to the growth narrative of the Indian market. People are now dragging their funds from low-interest-rate fixed deposits from banks, and making their investments in higher-return stock markets. The major proportion of players includes investors from large industrial sectors and listed businesses in infrastructure, banking, and auto. These sectors have recorded strong profitability and had outpaced many areas of global markets.

This expert believes that the India Growth Model will continue for the next ten years since people’s engagement and attitudes toward the market are quite favorable. He added that many people are abandoning lucrative employment at large Indian firms to pursue stock market trading or become professional traders.

With the upcoming generation becoming more dynamic towards life and opportunities, they are highly attracted to making their investment journey start at a young age. Young professionals between the ages of 25 and 30, those from Tier III cities, have begun to invest in stocks and shares, which is a good trend to be witnessed in society.

There are various policies implemented by the Government of India with aim of making India self-sufficient with the intent of reducing the dependency on imports. All these factors have contributed to attracting the bull in favor of Indian equities on a global platform.

Meanwhile, as the earnings momentum is robust, and demand conditions are predicted to remain solid, according to the Singapore-based share market expert, private sector spending is projected to increase.

But as the adage goes, there are always two sides to the coin. So the possibility, in this case, is as well. There are enough positivity and optimism around the Indian economy and enticing investment opportunities for foreign Investors. But at the same time, there are some visible lines of setbacks as well. Stepping into 2023 may give Indian equities a little shock as the flows from foreign investments may slip back in some amount to China, with hopes of its economy completely re-opening post-Covid by the next year,” she said.

Investment is flooding into India’s economic narrative, according to experts who attended the Futures Industry Association (FIA) Asia trade event in Singapore from November 29 to December 1. All this is been credited as a part of India’s growth story.