In September 2020, the insurer owned less than 1% of the conglomerate’s flagship Adani Enterprises; by September 2022, that ownership had grown to 4.02%.

Since September 2020, four out of the seven listed companies in the Adani Group have seen a significant increase in the Life Insurance Corporation’s ownership stake.

According to the business conglomerate’s filings with stock exchanges, the total value of the public sector also undertaking’s shareholding in the seven Adani Group companies is currently Rs 74,142 crore, The Indian Express reported on Friday.
Adani Total Gas saw the largest increase in LIC’s holdings among the Adani Group companies, going from a stake of less than 1% in month September 2020 to 5.77% in September 2022.

According to Business Standard, the Adani Group is the third-largest organisation in which LIC has invested, behind Reliance Industries and the Tata Group.

According to The Morning Context, LIC invested 4.9 times more in the Adani Group over the course of the last two years than mutual funds did in the same stocks. According to reports, the public sector undertaking alone is responsible for 81.7% of domestic institutional investment in five Adani Group stocks.
The government-owned life insurer has been significantly increasing its investments in Adani stocks without giving any justification, an unnamed corporate advisor claimed to the website.

The advisor claimed that “LIC is increasing its main investments in AEL [Adani Enterprises Limited] every quarter without providing any justification for the value they place on the company.” “In the best interests of policyholders, LIC’s equity investments must be transparent as an insurance company. These investments in Adani stock, in my opinion, violate that rule.

The Adani Group has recently broadened its business interests beyond coal and ports by foraying into the fields of defence, urban water management, small and medium sector lending, power transmission, airports, data centres, cement, and renewable energy.
According to a report by Scroll.in published in May 2019, the Adani Group significantly increased its operations between 2014 and 2019 despite making only modest profits and at a time when other infrastructure companies were selling off assets.

The Adani Group was “deeply overleveraged,” according to CreditSights, a debt-research division of credit rating agency Fitch Group, which issued the warning in August. The conglomerate had been making aggressive investments across a number of businesses.

According to CreditSights, the Adani Group might become trapped in debt and go into default in the worst-case scenario.

Learn more about Adani’s acquisition of NDTV and its expansion plans.

With a 37.44% stake in NDTV, Gautam Adani’s company is the only shareholder as of right now. By the end of November, it had obtained 8.26 percent of the company’s stock in addition to 29.18% of NDTV. Early in March, Adani’s new business, AMG Television Media Limited, purchased a rumoured 49% stake in digital news provider Quadrillion.

The Adani Group, which is ranked third in India and has a market value of $260 billion, is engaged in a variety of industries, including coal, shipping, and sustainable sources. With a combined net worth of $120.3 billion, its president, Gautam Adani, is also wealthier than Jeff Bezos, chairman of Amazon.

The total wealth of Adani is $135,3 billion. Many consider Adani to be “close” to the current government because he is the first and also only Indian to be listed among the main top three billionaires in the world. Instead of claiming that Adani is “affiliated with the government,” it would be more prudent to state that his company’s growth is appropriately aligned with the government’s aspirations for economic growth. 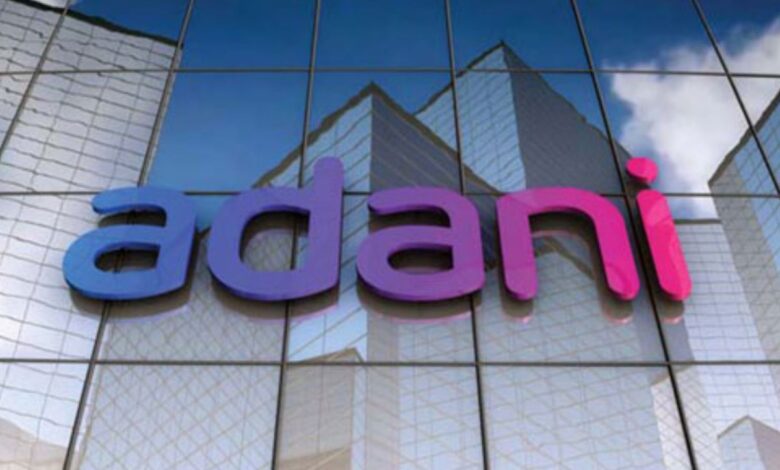 Adani’s acquisition of NDTV has raised questions about media ownership concentration because it might affect the channel’s editorial independence, tone, and content. India’s ranking on the Reporters Without Borders Freedom Index, which is also based in Paris, has fallen to 150 out of mainly 180 countries this year, its lowest ranking ever. At the same time, the purchase of NDTV has taken place.

According to Gautam Adani, who disputes the aforementioned impressions, the acquisition is a “responsibility” rather than a current “business opportunity,” and also he wants the network to have a “global footprint.”

The problems with NDTV, which began during an economic downturn, are still present. To restructure previous liabilities, it had to acquire $44 million from a similar company run by Reliance about ten years ago. The owners of NDTV are now alleging that the transaction was hostile and that it took place “without discussion, permission, or notification.” They worked to thwart the share transfer.

Adani is actively trying to catch up to his rival, the Reliance Group, with the broadcast agreement. Reliance Group, a $220 billion conglomerate with many interests ranging from retail to refining, owns Network18, one of India’s top media companies. Owners and promoters of Routes, Raghav Bahl and Ritu Kapoor, sold a portion of their holdings to Reliance Industries in May 2014.

In recent years, Adani and Ambani have expanded their business operations in India, particularly in the energy, ports, airports, fashion, and also online grocery shopping sectors.

The runway at Mumbai’s second airport is managed by Adani, one of seven airports in India. Currently, the nation’s infrastructure manages 20% of its aviation traffic. A 50-year concession has been granted for each of the six airports managed by the Authority of India that were up for sale and are situated in Lucknow, Ajmer, Guwahati, Gujarat, Thiruvananthapuram, and Mangaluru.

This business also acquired the majority of GVK Airports’ airport terminals, and it will build the Navi Mumbai airport. Following privatisation, the Adani Group, a sizable monopoly in renewable energy and seaports, plans to buy a stake in Indian Railways.

A year ago, the Adani Group realised that its online consumer presence was minimal and decided to invest a sizeable amount of money in a significant minority stake in Cleartrip, a ticketing website owned by Flipkart. The company intends to release its eagerly anticipated super-app, which was created by an internal start-up, within the next three to six months. Customers looking to invest in taxi fleets in places where it has a terminal will be able to contact Adani’s port network via their smartphone.

Adani also received approval to rebuild Dharavi, the largest slum in India, with a 50 billion rupee ($612 million) bid. Surprisingly, DLF, a real estate developer, offered $245 million, while Adani offered more than twice that sum.
Consolidating economic power in the hands of a small group has several drawbacks. Despite the fact that Adani-ascent Ambani has done research and developed new ideas to broaden its investor base, reduce its debt, and put profitability ahead of expansion.

Karan The son of Gautam Adani and chairman of Adani Ports & SEZ Limited, Gautam Adani, announced on Wednesday that his father’s company would invest roughly Rs. 1 lakh crore in Karnataka over the following seven years as it seeks to increase its presence across a number of industries.

As of this writing, The Adani Company has made over 20,000 crores in Karnataka. Speaking on the subject, Karan Gautam Adani said that the business group is active in a number of sectors in the state, including cement, power, city-piped gas, edible oil, logistics, and digital.

Adani stated at the three-day Invest Karnataka 2022′-Global Investors Meet that the state’s extraordinary success was a result of the Karnataka government’s support for the national goal of becoming the world’s digital powerhouse. The $65 billion in IT exports, or about one-third of our total, clearly shows that India and your state are on an upward economic trajectory.

Adani said, “We will be talking about approximately 1 lac of investments in the next 7 years” when I listed all the locations in the state of Karnataka where we would be expanding and investing.

The Adani Group, the largest provider of solar energy in the world, will increase its investment in Karnataka’s solar industry, he added.
At four plants in Karnataka, he asserts, the company has a demonstrated capacity to produce more than 7 million metric tonnes of cement. It would make an effort to strengthen its presence in this area and would work to do so.

Chingari VS. Cheelee: What Will Make Web3 Social Media Hotter in 2023