Recently, a meeting of Finance Ministers and Central bank governors of 7 advanced economies forming the G7 took place in London and unsurprisingly, a historic decision came out of it. Even though the said agenda discussed by the US, the UK, Canada, Italy, Germany, France and Japan is yet to be discussed and presented to the G20 meeting, which is likely to take place in July, the deal has started conversations around the globe.

The agenda of the meeting revolved around countering tax avoidance and the reversal of the 30 year old race to the bottom. This discussion of the “30 year old race to bottom” was initiated by Janet Yellen, the US Treasury Secretary, where she referred to countries consistently slashing corporate tax rates in an attempt to attract multinational corporations. The proposal of a minimum global tax rate, hence, was presented as the solution to this contention. 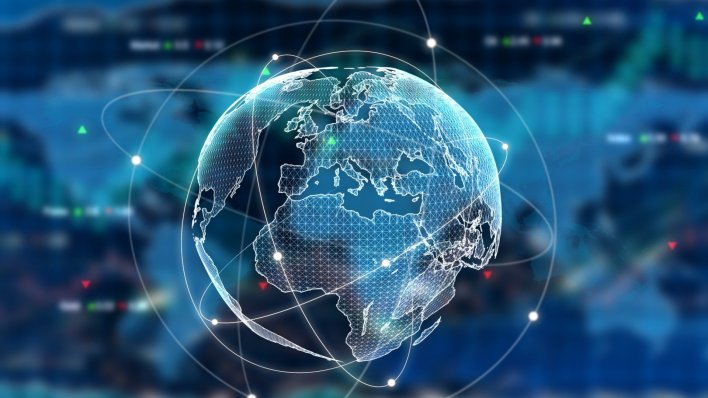 The US proposal had a higher 21 percent minimum tax rate, the countries, however, ratified at a global minimum corporate tax rate of 15 percent. This global minimum rate would ensure avoidance of countries undercutting each other. Even though some economists saw this proposal by the US as an attempt to suppress the probable countenance of corporations to Biden Administration’s new tax plan, the agreement sought in the meeting is likely to have a huge impact throughout the world especially because the age-old trickle would change it direction.

Another decision taken in the G7 summit of Finance Ministers was an agreement to force multinationals to pay taxes where they operate. This is alliance with the purpose to reach an equitable solution on the allocation of taxing rights. The agreement would be discussed in depth with the finance ministers and central bank governors of G20 advanced economies.

The committed agreement awards market countries the right to tax at least 20 percent profit exceeding 10 percent margin for the largest and most profitable multinational enterprises, as mentioned by the present meeting members. They also mentioned provision of appropriate synchronization between removal of all Digital Services Taxes and application of new international tax rules, for all companies in question.

Why this sudden push?

The primary reason for this push via the US through declaration of war on low-tax jurisdictions around the globe and an urge to 20 advanced economies for the floor rate roots from their domestic cause of offsetting the disadvantages the country could encounter in accordance with the new tax plan. The said tax plan aims at taxing the rich via increasing corporate tax rates, amongst others. More importantly, note that the Biden proposal included an increase in minimum tax benchmark to 21 percent. Does this ring a bell? Well, the US proposed minimum rate for the G7 agenda was 21 percent, which, however, settled at 15 percent. 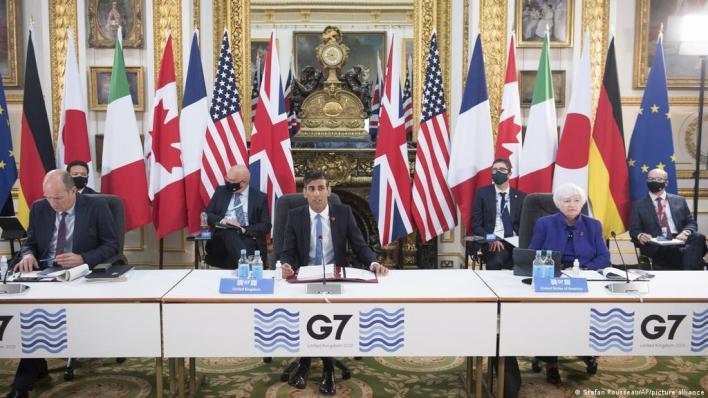 Why did the countries corroborate the agreement if US pushed it for personal agenda, you ask? Well, one major reason behind this is the fact that the proposal has come at a time when most advanced economies are going through a fiscal crunch due to the large spending during the pandemic. So, while the global pact works well in favour of US, it also would help the agreeing economies because it would eliminate the contending economies feeding on tax arbitrage for attraction of multinational corporations, such as the Netherlands, Ireland and Luxembourg.

Another prime example of how setting an objective allows you to find optimal ways around it, thanks to economics.

Would this clear its way in the G20 meeting too?

Now, the agreement when further discussed with the G20 countries could yield any outcome. It is because while China would not personally have an issue with the global pact and global minimum corporate tax ratification, especially because it lies fairly high in the tax rates comparison chart, the impact of this stipulation on Hong Kong would be a matter of concern. 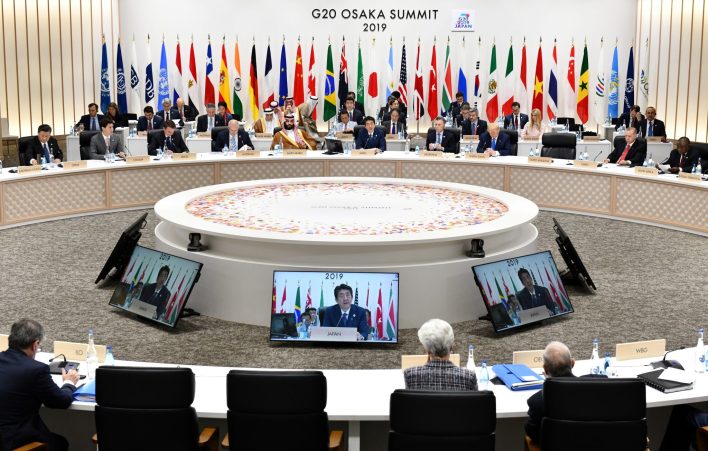 It is because as per a study published by the advocacy body Tax Justice Network, Hong Kong is the seventh largest and Asia’s biggest tax haven in the world, which has helped establish it as one of the world’s premier financial hubs. Not only that, US and China’s rather hampered relationship might also stand in the way of this global tax deal, even though the International Monetary Fund stands somewhat in support of it.

Now, as for who the targets of this deal would be will bring us to some of the world’s biggest corporations that have found loopholes to brush their profits under the carpet by subsiding on complex webs to get into low-tax countries such as Ireland or Caribbean nations such as the British Virgin Islands or the Bahamas, or to central American nations such as Panama, finding a way out from their fair share of payments.

Some big names like Apple, Alphabet, Facebook, Starbucks and Nike fall in the list too. It also targets the low-tax jurisdiction economies that primarily base their revenue via tax arbitrage attraction for multinational corporations. Biden administration’s proposed tax plan discusses the loss in revenue due to tax cheats, with countries like Germany and France also being amongst the top ones to lose revenue.

Even though the motive is to target tax evasion, it cannot be certainly argued that global minimum tax rate would be able to do much for tackling tax evasion, especially for countries like India where the tax administration is disappointingly tenuous.

See also  Why do Indian companies choose to establish themselves in Singapore? 10 important factors

One of the major concerns of this global pact is the fact that it takes one of the most important policy tool away from countries. It is because while the developed nations with their hefty stimulus packages cleared the way for economic recovery, developing ones like India still have a long way to go.

This means that, eventually, they might need to lower tax rates in an attempt to boost recovery, especially considering their fiscal crunch, which, if the agreement is made, would not be a possibility, especially when it does not guarantee less tax evasion necessarily. The purpose of this argument to shed light on the fact that countries do rely on the tax tool to push policies and taking it away impugns their autonomy to utilise their policy potential.

So, while taxation is ultimately a sovereign function and is extensively contingent on the needs of the country and the understanding of the government, governments are free to engage in discussion revolving around corporate tax structures and find for themselves the optimal strategy based on their objectives. As for India, there’s no alternative solution for tax evasion than curbing tax evasion, and the command of it is in the country’s hand. As can be inferred from the extensive discussion, a global minimum tax rate comes with its set of advantages and disadvantages. Which country gets more of the former is a phenomena governments are free to ponder over and manipulate in their favour.