April’s Fool mockery by the government would have hurt the sentiments of the Indian citizens. The central government just played one of the vicious moves you will ever see. Indian middle-class societies were sent shockwaves on Wednesday late night when the government deprived interest to the people who invest in small saving schemes.

The perseverance of the middle-class communities continues to be more predicament as the government pleads down their interests blatantly.

The messed-up administration seems to get more patchy every passing day, seems no end to the ultimate enigma.

iming that the interest rates on Senior Citizen Saving Scheme and National Saving Certificate substantially cut by 90 basis points. The percentages of the cut down were 6.5% and 5.9% percent respectively.

One basis point leverages 0.01 percentage point. The Indian Middle-class investors contributed much of their savings to these schemes following hefty monetary benefits in the future. The reliance on the policies has been on a high note since the pandemic began.

Steep cuts on interest rates on small saving schemes announced by the government on Wednesday saw a massive outrage on social media. The policy in itself added distress, and the Twitter outrage breakdown the slight hope of the individuals.

What was the government’s foreground on the surprising U-turn?

Finance Minister tweeted this morning and said, “Interest rates of small savings schemes of the government of India shall continue to be at the rates which existed in the last quarter of 2020-2021, ie, rates that prevailed as of March 2021. Orders issued by oversight shall be withdrawn.”

The implementations of the GOI scheme would have been the commencement of another condescending year for the public. It would have the second slash on small savings within a year. The accentuate puzzle would have made the rates reduce to a staggering low in about four years. Is it an oversight decision, or just in hindsight of the election rallies? Looking forward, we would perceive the different opinions on the initial proposal. The government’s perseverance has withstood all the scrutinization upended at them very nimbly. 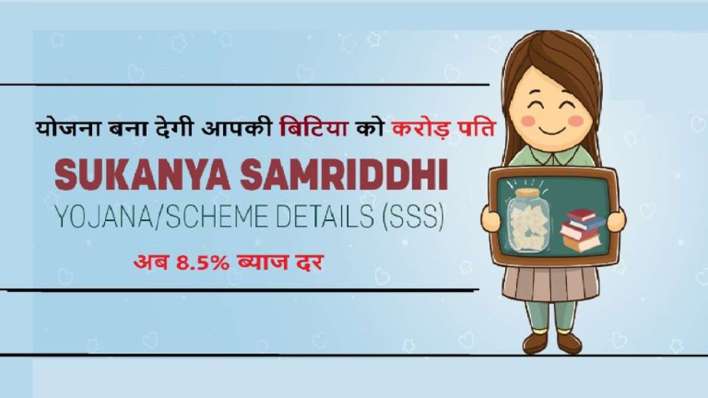 Outrage from the Congress leaders hours later, the order got withdrawn.

Small saving schemes like the Public Provident Funds(PPF) are a vital aspect of security deposits for middle-class families. The dependency on the prolific NSCs has grown higher, with more perpetuations arising due to unprecedented norms introduced in the administration over time.

Congress General Secretary Priyanka Gandhi Vadra tweeted minutes after the order got withdrawn and said, “Really @nsitharaman “oversight” in issuing the order to decrease interest rates on GOI schemes or election driven “hindsight” in withdrawing it?” The rollback got initiated due to the uprising political pressure.

The ongoing Election campaigns in Bengal and Assam have somewhat reiterated the government to go ahead steadily. Political tensions in the City of Joy are an impulsive misery as West Bengal’s Chief Minister Mamta Banerjee has constantly oppressed the government. The counterfeiting allegations from both sides of the spectrum have led to predicament and disappointments.

The interest rates on PPF got reduced to an astounding low since 1974. The figures that got remotely controlled by the previous governments caught the declining stringent so indisputably. How? The answer is the inclination towards borrowings.

The proposed Annual Budget 2021-22 stated that the government borrowings had reached a colossal high with declining GDP growth. The government utilized public debt borrowings to inject cash flow into the economy.

The jangling thought is if the protracted circumstances didn’t improvise over a year, where was the cash flow invested? Did the expenditure of the government had a big-ticket value in the industrial progression of India? The public’s inquest aroused from time to time, but the authorities declined to comment considering the backlash it would have on the forthcoming policies and projects.

A coherent justification lies in the fact that the assembly elections are edging the corners in four states. The implementation of the policy would have turned the voters away from the Bhartiya Janta Party. 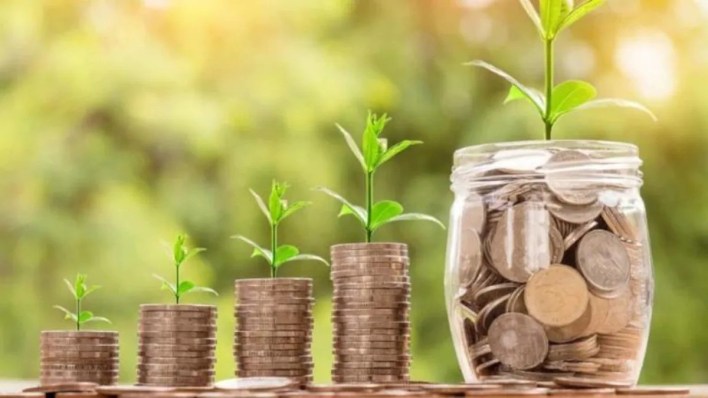 What is the hypothesis in the markets behind the low interest rates?

The problem with low interest rates has been prevailing in India for years now, and it not just the scripted story of small saving schemes.

The shocking cut in interest rates comes in line with the overall decline in the interest rates across the Indian economy. The ramifications of the pandemic have led the statistical figures to go down the furry lane.

The numbers dried up since the commencement of 2021, and the trajectory would likely prompt up during the fiscal year 2021-22. In February 2021, the weighted average interest rates on a domestic term deposit of banks stood at 5.39%.

See also  Petrol to not come under GST: rising fuel prices are no new

Digital banking has been a prominent factor over the past two years. That’s why we have seen the public investing more in the postal services rather than depositing their savings in the banks. The depositors gauged emphatic interest from the postal services, and the trends changed against the Indian banking system.

The weighted-average lending rate of banks has gone down by 85 basis points by 9.29% during recession over the past year. The lower interest rates attract engrossment from the individuals and the corporate sector.

It has hindered the sentiments of the saving section of society. The rates are influential to the borrowers as they are expected to acquire more loans and spend more. It would keep the perpetual cycle going smoothly. The argument that pops up will the economy progress if the cash flow cycle continues within our system?

The answer is debatable as more borrowing would mean a higher obligation to repay the loans. It is not evidently crystal clear that how would the Indian economy move forward. The condescending fact is that amid all the speculation, the government has not come up with a backup plan for the concerning industries over the course of the global crisis. The arylation has settled in the depositor’s hindsight that their sentiments would have gone south if the plans got enacted today.

How would the cuts have affected various social schemes?

The interest rates slip down would have impacted the policies for girls and the elderly. The interest rates for the five-year Senior Citizens Saving Scheme were to get reduced by 0.9 percent. The Indian citizens of today are inclined to invest more to secure their financial future with the expectation of any black swan event. The rates affect the overall composition of the income of an individual.

They face a situation of ambiguity on whether to deposit a substantial amount or less the procured investment on such schemes.

The lack of secured investment would lead them to intake vicious decisions, which may cost them in the longer term. Alongside the reduced interest rates in the elderly schemes, the prolonged girl child schemes like the Sukanya Samriddhi Yojna would have also slipped down.

The estimations regarding the percentage drop exhibited to 0.7 percent. Rates of these rates are related to the government yield; that’s why they keep fluctuating constantly. The significant impulsions experienced a sigh of relief when the government announced today regarding the withdrawal.

The savers seeking safety were demolished and reflected in their ambush on social media. Twitter outbursts with infuriation on steps undertaken by the government. They even accused the reduction as a sign of political supremacy.

See also  By A Government Hospital's Negligence, 20 Villagers In Uttar Pradesh Received Covishield As First Dose, And Covaxin As Their Second Dose, Who Will Be Held Responsible?

The outrage was justified in the context that the government does not stick to a single proposition. The constant tweaks and withdrawal of the amendment subsequently impede the functionality of the schemes. It drags down the anxiousness to disappointment, and the concerned people are left staggered. 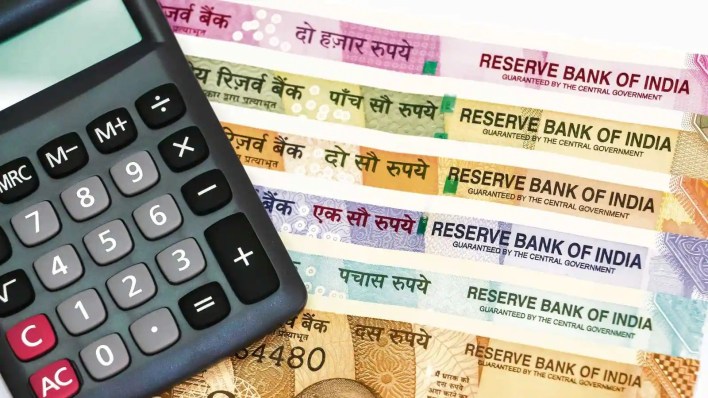 Why are small schemes so paramount for individuals, a run-out:

The step was taken forward for the small savers who bank on cashing in their deposits. Small saving scheme rates generally don’t fluctuate as they are locked once you have opted in.

The slashing rates won’t affect the return as these schemes provide a focal point of government guarantee. The PPF rates aren’t locked for one standardized rate that opens the room for fluctuation. Although there are so many schemes available with the post office administration, the SSC seems to provide the best returns.

The cut in the interest rates isn’t the first one and would not be the last. Over the past two decades, the subsequent governments have tried to disturb the balance between financial institutions and fiscal prudence.

Government-backed small saving schemes are moderate risk avenues for the small investors and have an attractive composition. The truth behind it would shock the confidence of the small investors in these schemes. The prevailing market rates and the one decided by the government differs vastly.

Hence, it opens the possibility of intensifying the capital pool. These schemes are offered to the public by the post office. How come the money raised by the schemes going in exceeding numbers? The pre-liberalized period witnessed the drive of small saving schemes in Rural India as the deposit options were scarce.

Although the relevancy has reduced in monetary terms- the downright fact that the history of these schemes exists, any attempt to make their interests market-linked becomes a talking point. Why have interest rates been suffering downward trends under the current regime? Why has it not gone up with the additional responsibilities of the household? Post-2015, cuts in interest rates have been gigantic and more frequent, with the government moving to a quarterly review system in 2017 to align them with market rates. The latest government circular might have lowered the interest rates by 0.9 percentage points.

The Rise of E-Learning with Byju's; How Did Byju Raveendran's Vision Fall In Place to Become the Second Most Valuable Indian startup?

Extortion lies within India's deep links. How does it go under the radar despite instilling so much coverage in Mumbai's underworld?