The Real-worthy rise of the nation depends on the education development happening across crucial areas. Moreover, the youths exhibit the roleplay of a scintillating future ahead. Over the years, the students have excelled in innovation and creativity, which has helped them reach heights. The global shutdown during the Covid-19 impeded their learning adversely. Globally, around 1.2 billion children are out of the classrooms. Keeping the education system intact required going digital, and that’s when the institutions across the world decided to embark on a whole new dilemma for learning. Initially, most schools were delusional and wondered that the shift is not persistent and would incur more complications in the world’s education market. Institutions inculcated the massive overhaul, and today the situation of learning has been revolutionized. So how did such a complicated overhaul become one of the positive achievements of 2020?

Even before Covid-19, there was high growth and adoption in education technology, with global ed-tech investments reaching the US $18.66 billion in 2019 and online education projected to reach $350 billion by 2025. There has been an expansive consumer penetration in ed-tech apps since the surge of Covid-19 across the globe. Whether it be language apps, virtual tutoring, video conferencing tools, or online learning software, all of these have observed a high spike in recent times. Although the implementation of e-learning was in the aftermath of the Covid-19 pandemic, it has now become a worldwide proposition. The shift was firstly observing the ramifications of the lack of internet knowledge across India. Gradually, it prospered into secluded areas and became one of the prolific ways of teaching. High internet penetration has led to the creation of an extensive customer base for the companies operating in the e-learning markets. The thing that stood out is that even during the harsh circumstances, we were able to inspire children’s lives at the forefront.

The education sector’s response to Covid-19

In the pandemic’s cosh, the traditional education system’s weakness got drawn out, and there was an urge among the authorities to provide learning to every segment across India. The keen learners looked around for spellbinding alternatives as traditional education lacks the prowess of enhancing skill development. All the complexities give the hype of the online education system to grow in India. In response to the ever-growing demand, many online learning platforms provide free access to their services, which has become an intriguing culmination today. The country offered significant opportunities to the players recurring products or services based on digital platforms.

Bengaluru-based ed-tech giant BYJU got founded in 2011 to prosper the lives of thousands of millions of keen children across India. Recently, BYJU has become the second-highest valued startup, trailing only the digital payments giant Paytm. BYJU has provided free access for its children to stream their comprehensive live classes. The company has seen a 200% increase in the number of new students using its product, stated Mrinal Mohit, BYJU’s Chief Operating Officer. Around the world, education technology has transformed, and the authorities urge their students to learn remote working skills. Tencent classrooms have been used extensively since Mid-February. The Chinese government instructed a quarter of a billion full-time students to resume their studies through online platforms. Although online learning doesn’t provide the replica exposure of school learning, it was the only way out amid the harsh times. More students have enrolled themselves on coding platforms, which are different from the curriculum taught in schools. US-based company WhiteHat Jr. has eminently ramped its stamp on the Indian educational system. It has invited students and the teachers to get engaged in the school of learning. WhiteHat Jr.’s stakes have gone up by 150% as its proportionate business income has accustomed to India. The teachers had the chance to exhibit their skills on an international platform, alongside learning new languages, which would help them in their professional careers. 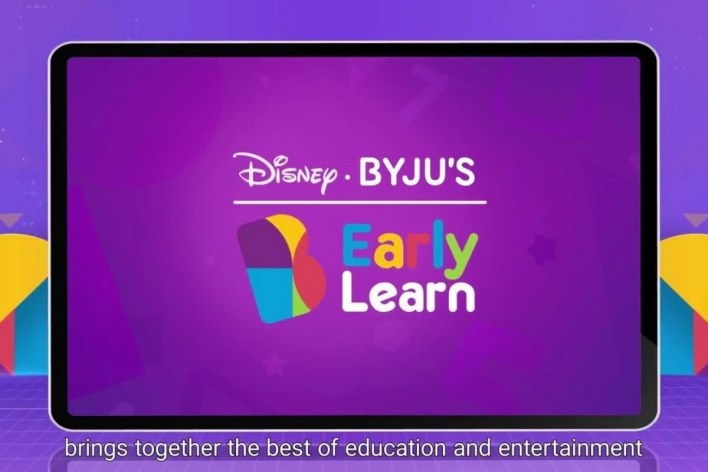 The Rise of BYJU’s Think and Learn Apps

The coronavirus crisis may have plunged the world into deep recessionary times, and the growth might have got hampering. But it hasn’t affected the online education system at all. It has been the ray of shining light for economic purposes despite the world going into shadowing times. Almost 1.5 billion grounded overnight as cities lockdown and schools closed, which left them wondering what’s next for their education? The growth of e-learning tech has outperformed the narratives of the pandemic. BYJU’s has been one of the instrumental reasons for such spurred growth in India. It is the highest valuable ed-tech startup in India. The platform witnessed 7.5 million new users since it started offering free access to its content. Byju’s co-founder Byju Raveendran talked in a TedX show about how it has blended to the student’s best interests. He got accompanied by co-founder and wife Divya Gokulnathh on the talk show. They believed that the changes amended in the aftermath of Covid-19 are here to stay. The blending format of learning would enhance the capacity of the educational authorities in remote areas.

The $10 billion startups also inculcated free Live Classes on its app recently. The feature got instilled in the company’s structure for replicating a classroom-like environment. Byju’s alongside continues constant pre-record videos for users. “It allows students to attend scheduled classes periodically and they love that. The feature is meant to replicate the regularity of school,” Byju explains.
Observing the current trends in the ed-tech startups, we would find a manifesto of fifty new unicorns. BYJU’s co-founders that new opportunities will prosper in educational technology soon. Crisis breeds innovation. The results justify the statement. Students are conventional to any aspect of learning but find the digital platform more feasible. It is more flexible has paved its dominance, and the figures reflect that. 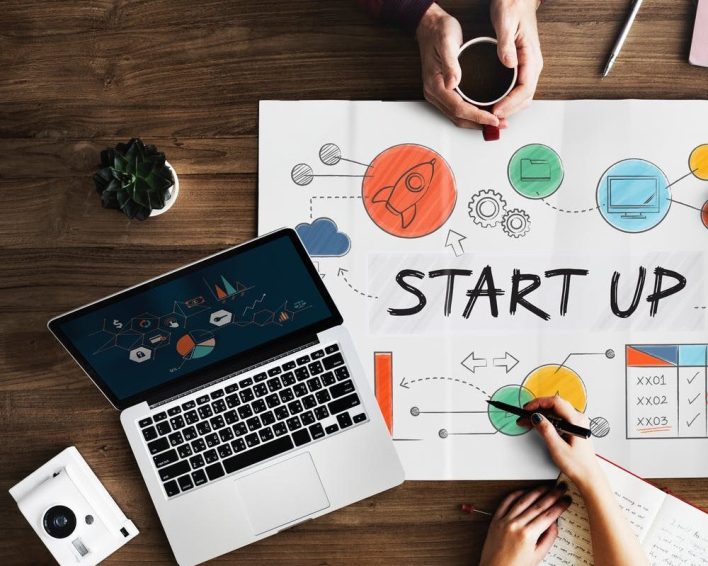 The haul from service-based to product-based learning

Astonishingly, BYJU’s began as an offline tutorials company when its first inaugurated in 2011. Assumably, no one ever had a clue about that. The founder would travel places to conduct live classes with tens of thousands of students in an auditorium. Interestingly, the company recognized that this is not the way to move forward as it would too rigid, which urged the setup of a competent online platform. It took the founder four years to arrive after what today is known as product-based learning. All this while, he experimented with lots of learning formats, but nothing worked out for BYJUs. Taking the efforts to a downfall raised questions, and in the aftermath of successive failures, the company’s representatives decided to transform the outlook of its working. Momentarily, it said that to change the conception of teachers strategy was complicated, so they shifted their focus onto the students.

It changed the whole course of education in India. It brought an appealing dimension of product-based learning, which never got observed until 2015. The company launched the Byju’s learning app back then, which set its motion in its journey to becoming the most valuable ed-tech startup. The gigantic investment plan eventually paid off, and now the company is attracting top-tier global investors.

The challenge that laid in front of the company was how to evolve the consciousness of people. The co-founders were a profounding example of charismatic personality as he believed in the notion of love to learn. Following the plan brought out immense craze for the learning program, and students started finding it intriguing and relevant. The company added more facets to its armor. The most prominent development among all of them was the institution of interactive classrooms. The students were able to interact face-to-face via video conferencing with their teachers.

The CEO shared his initial experience when he thought the dream would be lavish from the start. He asserted that the people instilling in the ed-tech startups need to have existential flexibility. “Can you question yourself at every step? Can you have a founder mentality and ownership among several people in the organization? You make nine mistakes before you get one right, and when you get that one right, you go big.” said Byju Raveendran. 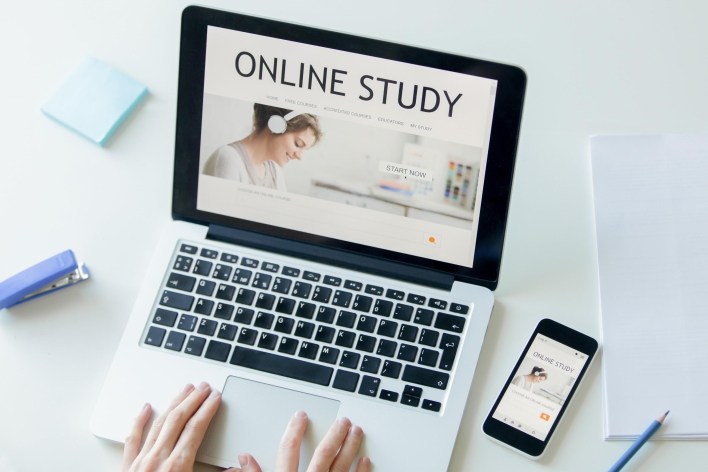 The ed-tech decacorn stepped up its shoes steadily as it studied behavioral patterns and adapted its activities. The founders revealed that when they started, there was no playbook for success in this space. Initially, the company’s model got integrated by following the models of the US and China-based companies. The conceptual working of the company was different from the models adopted in those countries. The built-in structure of BYJU’s got based on foremost principles. The same principles had gained BYJU’s 85 percent year-to-year renewal rates.

Right from the outset, Byju bragged millions of enthusiastic learners as the hustle had more hawk-eye focus on profitability and sustainability rather than the growth-at-all-costs mindset. The game only prevails in the market until it offers valuation. The rest of the time, it is a throwing pin and a waste of quality time and effort. The growth of the company maximizes when the focus is on a long-term approach. The company’s owners asserted that they recognized money as an indispensable source. The startup believed in persisting with its notion of being paranoid about ROI and knowing its norms about spending well in advance. In a post-pandemic world where most of the industries inhibited, BYJU’s market share raised INR 3,328 Cr (about $460 Mn) as a part of its ongoing Series F funding round.

It is impromptu for the new-age startups to have multiple lifeboat strategies or multiple mechanisms of revival. Besides the significance of success in the long run, the startups become resilient if they learn to deal with a downturn. The way the startup conduct their activities is changing, and we could see the rise more ecstatic in recent times. The comprehensive network of the startup works on the dynamics of promptness and quick decisions. The company has overcome the downturn phases and now stands tall in the race to beat Paytm in the tussle of becoming the most valuable Indian startup. If we look at the company’s acquisitions over few years, we will find a systematic template formed. It lays emphasis on two aspects: One, the company could provide the go-to platform when the company sought to explore the new market penetration. The other one beats the bush as it gauges interest in a company that benefits Byjus users in India. The ed-tech startup is transforming the lives of thousands of millions of students across the world. Not only this, but it is also kickstarting the career of curious teachers who love to explore learning with children.

Mahindra& Mahindra Co. Looks to Adhere Its Dominance in the Automotive Business. A Run-Out On What Lies Ahead for EV Markets in India.