Marketing Strategy of Byju’s – How It Built a Billion-Dollar Business?

Most of you will undoubtedly think of Byju’s when someone mentions an online learning platform where students may participate in live classrooms, watch pre-recorded videos, and take tests. Why not, too? India’s most well-known edtech decacorn, Byju’s, is worth $22 billion.

BYJU’s is a Bangalore-based online tuition and coaching company that was established in 2011. A freemium business model is used. Think and Learn Pvt Ltd is the name of the parent company of BYJU. The main objective of BYJU is to provide online video lectures for coaching students in grades 1 through 12 and those studying for competitive examinations like the CAT, GRE, and GMAT.

The BYJU’s Learning app, which was launched in 2015, has been a huge success. It is used by more than 15 million students worldwide, 9,000,000 of whom are paying users. The software encourages independent learning among the students rather than relying on lecturing. Its approach combines the re-invention of learning with outstanding professors, tried-and-true pedagogical methods, and individualised training.

Byju Raveendran came from the little village of Azhikode in the state of Kerala and worked as an engineer for a shipping company with headquarters in the UK. While he was still working, he started helping his friends while they prepared for the CAT exam, which functioned as an entrance exam for the best business schools in India. Byju took the test to evaluate himself and got an A+. He started teaching students how to prepare for math exams instead of enrolling them in an IIM.

He initially attended free math workshops before beginning to charge when he became assured of his abilities. At one point, more than 20000 students attended one of his workshops since they were so well-liked. He began making recordings of the workshops he hosted in the year 2009.

His former pupils, who went on to earn IIM degrees, pushed him to begin teaching at BYJU. Then, “Think and Learn Pvt Ltd” was established to produce educational content for students. After its launch in 2015, the app had more than 5.5 million downloads in the first year alone.

The app has received over 10 billion downloads from the Play Store, with users from more than 1700 cities spending an average of 71 minutes daily on it.

There are 6 million paying users of the app, and 85% of them renew their subscriptions. All of these figures demonstrate how Byju’s has developed over time. The education system in India is mainly built around an offline learning model. Then how did this company popularise the e-learning concept?

How did this company convince parents and students that online learning is advantageous in a country like India, where parents despise their kids having access to mobile phones and the internet?

All of these questions have an answer, and it’s in their marketing plan. Let’s dissect Byju’s outstanding marketing plan in great depth. 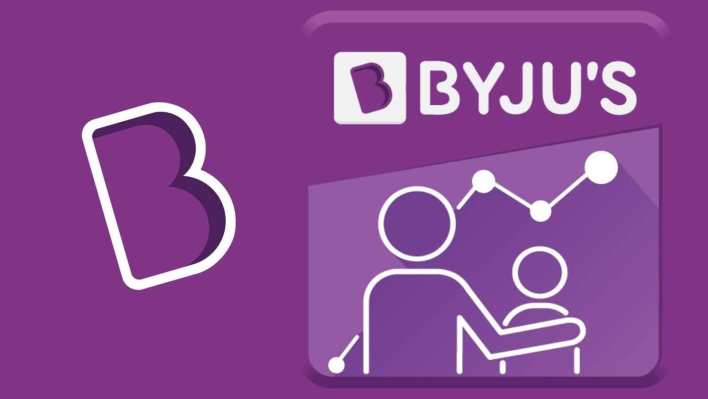 Before delving into their marketing plan, let’s first clarify who Byju’s target market is.

The company’s target market is the millennial and generation z students in grades 1 through those preparing for competitive examinations like the CAT, IAS, JEE, NEET, GMAT, UPSC, and banking exams.

However, as they are the ones who make the decisions and who pay for the classes, parents are also the company’s target market in addition to the kids. Now that all is clear let’s examine Byju’s marketing plan. 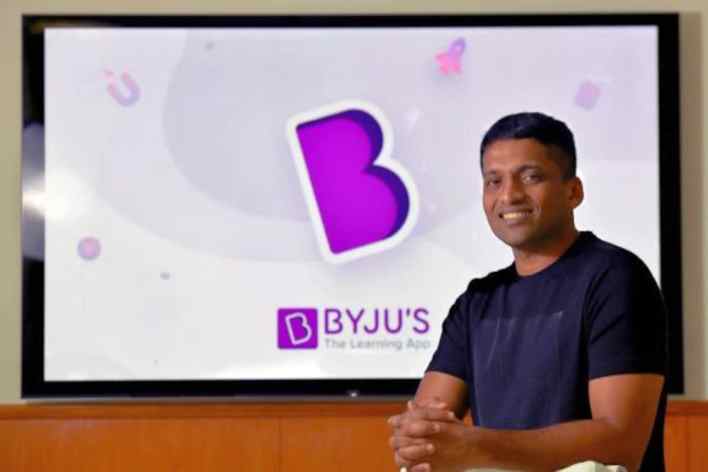 While many brands saw losses during the COVID-19 epidemic, Byju’s increased its user base and revenue significantly.

The Indian edtech startup received funding of $100 million from Silicon Valley investor and analyst Mary Meeker’s Bond Capital during the pandemic, turning it into a decacorn and crossing a $10.5 billion valuation.

But how did the business flourish so much throughout the outbreak? Let’s look at Byju’s marketing strategy from the start of the pandemic to get an answer to this query.

When all schools and universities were closed in March 2020, the company offered free access to its entire app through March.

Students could see interactive videos and participate in live classes for two months without paying anything. Students in classes 4 through 12 could study math and science principles, while students in classes 1-3 could acquire math and English concepts.

Now, why did they give free access to the classes?

You see, people are drawn to freebies. Our behavioural patterns shift, and the entry barrier is removed when we hear this four-letter word.

This tactic is also related to the reciprocity principle. This idea holds that when someone helps us, we are bound to do the same for them. As a result, there is a substantially larger possibility that students who use the app for two months will enjoy the learning experience and renew their membership.

Due to the great success of this strategy, the business added 6 million new students in March and 7.5 million users in April.

The edtech company reported that this free approach led to a 150 per cent increase in student registration.

For $300 million, the business purchased the online coding school WhiteHat Jr in August 2020.

The largest acquisition made by Byju’s to date was the purchase of Aakash Educational Services Ltd (AESL) for USD 1 billion in April 2021. The company’s footprint in the exam preparation market will increase thanks to this agreement.

The business didn’t stop there; in July 2021, it paid $150 million for the online learning software Toppr.

Byju’s is constantly purchasing numerous businesses to build its own ecosystem. The market leader in edtech is aware that if they want to maintain their position for a long time, they must either outperform or completely eliminate their rivals.

Let’s look at what marketing strategies Byju’s used before the pandemic.

See also  Everything about the Domino's India data leak 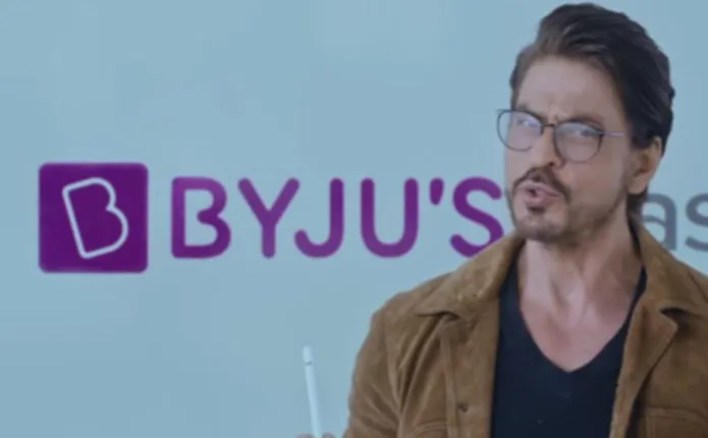 Roped in One of the Biggest Bollywood Superstar

Brand ambassadors are crucial for any business because they offer the brand a more human touch and help to establish authority and trust with the public.

The King of Bollywood thus said, “Let your children fall in love with learning,” while millions of people watched the game. Shahrukh Khan has a sizable fan base, leading many parents and students to become interested in Byju’s app. The intriguing aspect of this advertisement was that it spoke to both parents and children. This campaign had a great deal of success.

Byju has partnered with Disney as well to improve interactions with Gen-Z. Disney is extremely well-liked among children, which provided the company with an additional boost

Parents learned that their children might learn through enjoyable activities and stories thanks to educational apps, digital worksheets, and the iconic Disney stories. This collaboration strengthened the K–12 (kindergarten–class XII) space in Byju.

Due to the pandemic, parents and kids now recognise the value of online education. However, in the past, many parents believed that their children’s use of mobile devices was the largest issue. Parents believed that all their kids did with their smartphones and the internet was play games, speak with pals, and watch pointless videos.

They were unaware of the educational benefits of technology for their kids. Byju’s started a video campaign called “Come Fall in Love With Learning” to dispel this stereotype about parents. This campaign assisted parents in realising that using a phone while studying is perfectly acceptable.

This demonstrates that Byju’s firmly understands how much Indians adore cricket and that they are utilising this knowledge to expand their company. Consider the good effect it would have had on kids and parents to witness their heroes discussing the value of education while donning a jersey with Byju’s logo. 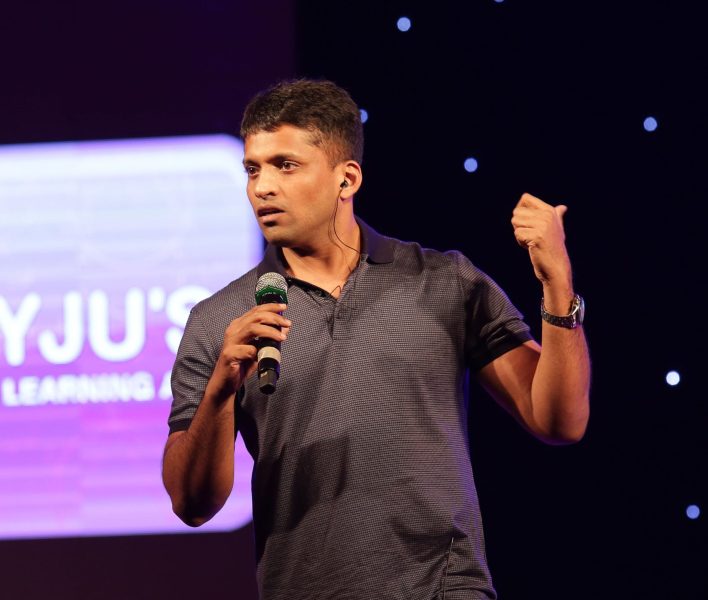 India is a multicultural country with many different languages. Therefore, any company must target customers in their own language while developing its marketing plan.

Byju’s typically ran early-stage advertising in Hindi. However, Byju’s later realised that to reach individuals in various regions of India, they needed to start local campaigns.

See also  Axis Mutual Funds Loses Its Grip on The Markets; Growth Styles Fails to Pay off This Year.

The company hired Mahesh Babu in May 2019 for a video campaign that targeted Telangana and Andhra Pradesh. The new advertising campaign emphasised how kids’ learning habits are changing and how Byju’s app makes studying enjoyable for them. Additionally, it demonstrated how technology might help students learn more effectively and be a friend to them.

Partnered with ICC to Become its Global Partner

With only sponsoring the Indian cricket Jersey, Byju’s wasn’t content. The International Cricket Council (ICC) appointed Byju’s as its global partner for the years 2021 to 2023 in February 2021. Byju’s can now collaborate with all ICC events for the next three years, including the 2017 T20 World Cup in India and the women’s World Cup in New Zealand.

Byju’s will receive substantial in-venue, broadcast, and digital rights for all ICC events. Given the popularity of the “Keep Learning” campaign, the business decided to increase its cricket spending. 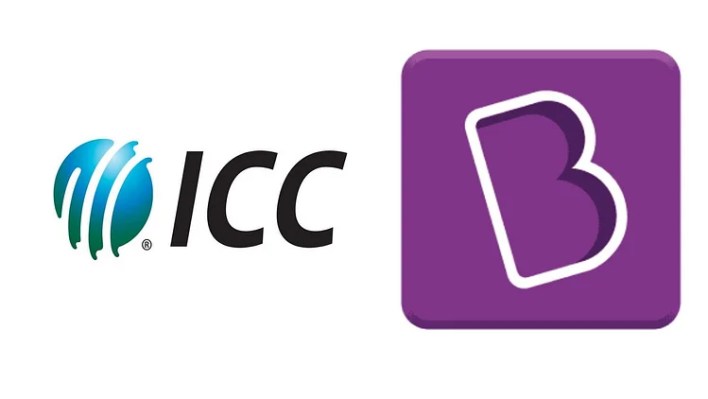 After incorporating cricket into its marketing plan, Byju’s is now focusing on football, the most popular sport globally. The firm revealed its sponsorship of the FIFA World Cup Qatar 2022, which would run from November 21 to December 18, on March 24, 2022.

Byju’s will have the rights to the 2022 FIFA World Cup marks, logo, and assets through this sponsorship and the option to launch promotions.

The main lesson to be learned from Byju’s marketing plan is to concentrate on your target market and brand awareness.

You’ll discover they were speaking to parents and kids directly if you look at their marketing plan from the start. They helped pupils realise that they may change their dull study habits into engaging ones.

The company also recognised that although parents are the ones who will purchase their packages, students are its ultimate users.

Most parents believe that children shouldn’t use their smartphones or the internet for academic purposes. The business understood that it would never be successful if it didn’t dispel this notion. They started the “Keep Learning” campaign to promote the advantages of online learning.

Acting and cricket are popular pastimes in India. For this reason, they selected Shahrukh Khan to serve as their brand ambassador, sponsored the Indian cricket team, and joined the ICC as a global partner. As a result, Byju’s became well-known and gained consumer trust.

All of these elements demonstrate that they extensively examined both the Indian market and human psychology.