Today we will talk about Postman. We all know that this is the time of technology and cloud computing. Complex algorithms are used to solve major problems in a span of some microseconds. What earlier used to cake hours, or probably days can now be done within a blink of an eye.

This technology, development, and programming have welcomed many businesses and startups in this domain. The startups are either working on the lines of this field trying to bring in some introduction or doing or assisting a business that uses these complex software.

SaaS which stands for Software as a Service is a software licensing and delivery model in which software is licensed on a subscription basis and is currently hosted. It can be defined as the way of delivering applications over the Internet as a service. It is helpful in a way, as to use particular software, the user does not have to install and maintain software, he can just use it through the internet. This mode helps the user to be free from complex hardware and software management.

A SaaS-based startup, Postman, as announced on August 19, 2021, has received funding of USD 225 million. This round of funding was the Series D round and was led by Insight Partner. This investment fund is headquartered in New York and is also the existing investor of the startup.

The other participants in this funding round were some of the other existing investors- Nexus Venture Partners and CRV. Some new investors also were added to the list with this round of funding. Such names are- Coatue, Battery Ventures, and BOND. The funds raised by the startup after this round has increased to more than USD 430 million. The value of the startup after this round of funding has shifted to USD 5.6 billion, a drastic and large jump from the value of USD 2 billion, which was the previous year.

This round of funding has made the startup, Postman the most valued SaaS startup in the country. It has crossed BrowserStack, which was last valued at USD 4 billion in June. The fund raised is being planned to be used for the expansion of the team by hiring more employees in the domains of sales, marketing, product, and engineering, and to make further investments in the community of developers.

Founded in 2014 by Abhinav Asthana, Abhijit Khane, and Ankit Sobti, Postman is an API platform that is used for building and using APIs. The startup is engaged in making each step of the API process simple and helping in collaboration so that the creation of better APIs can be done quickly, without wasting much time. The features provided by the startup are-

API Tools- It is a group of tools that help in accelerating the lifecycle of API.
API Repository- It is a feature that helps in storing and collaborating all the artifacts of API on one central platform.
Workspaces- This feature helps in organizing the work easy collaboration with the other teammates and other stakeholders in the organization.
Intelligence- This feature helps in improving the operations by using advanced features like search, notifications, search, alerts, security warnings, and many others.

The startup was founded to solve a problem that was to simplify the API process. The values of the startup are to create the same curiosity and hype that is seen in the users. The startup is a true follower that not only success but also mistakes need to be transparent and communicated honestly. The startup has a welcoming and collaborative workplace culture that values everyone in the organization. Some of the values followed by the startup are-


Create with Curiosity- Asking “why” and questioning the best practices
Earn Trust- Looking for input first and patiently listening before coming to a decision
Embrace constraints- Keeping priorities clear in order to be efficient and of high quality
Win together- Teamwork, depending on each other, and having an eye on the solutions
Own and Deliver- Learning from the mistakes and moving ahead

The clientele list of the startup consists of more than 17 million developers and has many big names in the list of organizations it has been serving. Some of the names are- Shopify, Imgur, Cisco, Okta, PayPal, Microsoft, Salesforce, Stripe, and many others. One of the biggest revelations made by the startup is by the co-founder and the CEO, Abhinav Asthana, that the platform of Postman is being used by around 98% of the Fortune 500 companies. The startup has more than 425 employees.

What do the founders of Postman say?

The co-founder Abhinav Asthana made various statements about the startup. Some of them are as follows- 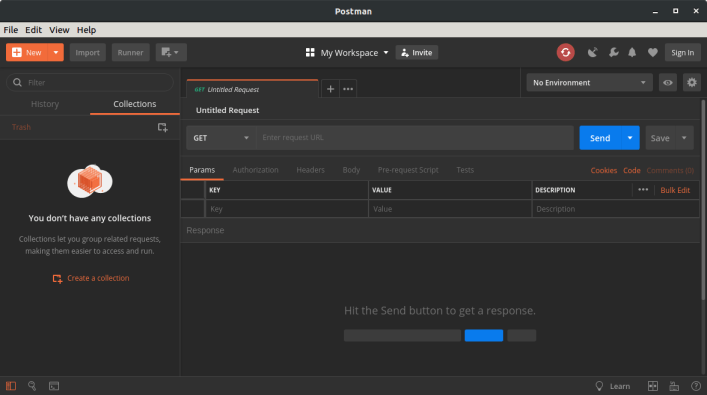 The Public API of the startup is engaged in connecting many developers of the world and helping them by providing a space where they can discover, share, and develop APIs. This ultimately led to the creation of public workspaces which provides the feature of allowing the users to connect across different organizations.

He even said that when the APIs emerged, the startup was of the belief that this will be a guide in the next generation. He said that the startup is engaged in the encouragement of innovation from people of different backgrounds. He even applauded saying that with innovation, people of non -technical domains like marketing, sales, are becoming experts and champions in technology.

What do the investors of Postman say?

Jeff Horing, Managing Director at Insight Partners made a statement saying that APIs have very soon become the building means of software which is used by developers in every industry, and in almost every country. He further commented that the startup has placed itself in a very good position in the market and almost every developer prefers the platform of the startup.

The startup has a very strong position and is doing really good. We just wish it a bright future full of growth and success.

Where does the Taliban get their money from? Who is funding them? - An enterprise valuation of the horrendous organisation:6 revenue sources