The COVID 19 taught us and the world a lesson that to operate and be successful in a world where the pandemic does not exist, where there is no COVID fear, only businesses that have an online presence, that are able to conduct their business using technology will be able to do so. It has been seen during the lockdown phase even that that technology became a major source through which the business was able to conduct their operations. The major sectors which have been primarily proved successful during the COVID 19, the pandemic is the fintech industry, and the edtech industry. What is common between these two sectors? Both using technology to carry their operations. In the finance sector, insurance has found its way into the technology and have shifted and are shifting their day to day operations using the internet, saving their data in the clouds, making it easy for all the employees to access the data from anywhere and anytime, thus showing the future course of the businesses of all the sectors whether late or soon will be conducted using the technology.

Now, let’s talk about the edtech industry. The COVID 19 had forced all the schools and colleges to shut down, so what was the situation of the students who had their futures waiting? It was here when schools and colleges took to the Internet, in order to ensure that the students have no problem and are able to carry on with their normal routines. It is when education and technology have been started using together in India. The edtech industry is growing at a rapid rate and is expected to become of the size of USD 30 billion in the next 10 years. Currently, the market is of the value of USD 700-800 million with many startups coming up in this sector. Some of the valuable startups in this sector are Awign Enterprises, Masai School, Pesto, Doubtnut, and many others. Byju’s is another startup in this sector and has turned out to be the most valuable startup in the country with a value of USD 16.5 billion. This is the power of the edtech industry. There is another startup in this sector- Teachmint.

The Bengaluru-based startup is in the news because of the funding it has received. The startup as announced on July 08, 2021, has received a funding of USD 20 million. The round of funding was a new investment and was called the Pre-Series B round and was led by Learn Capital, Sanfransico based investment company, and CM Ventures participated in this round. The startup previously had raised USD 16.5 million in the Series A round of funding which took place less than two months ago. The funds collected in this round will be used to develop into other live teaching categories and expanding itself into new categories and geographies by aiming to help teachers at foreign land. The startup is also exploring the expansion of its product and offerings and hiring new talent. According to the startup, its valuation has increased three times in the last two months.

The startup was founded last year (2020) during the pandemic, with an aim to give power and freedom to teachers to make their own virtual classrooms by a simple process on their smartphones. It claims itself to be the mobile-first, video-first technology infrastructure that aims at helping teachers take their online classes, interact with the students, and doing all the takes of the teachers like taking attendance, collecting fees, and giving assignments.

The co-founder of the startup Mihir Gupta made a statement saying that with the pandemic and the lockdown, people started using Zoom and Google meet for having conversations, and he feels that these are great platforms but they do not fulfill the requirement of the teachers. They are not designed in a way keeping in mind what a teacher and a student requires.

Teachmint is not dependent on these technology providers, rather it is offering its services by making them more user-friendly and optimizing them according to the needs. The startup claims that over 1 million teachers are already using the platform in over 5000 cities and the users are growing at 100% every month. According to the startup, students last month have used more than 25 million live classes on its platform. More than 75% of the teachers use their smartphones to conduct the class. Teachers are also given the option to have a public link for their classrooms which later they can share on social media. Its application can support 10 Indian languages which include English. The size of the app is just 14 megabytes and is highly ranked in Play Store. 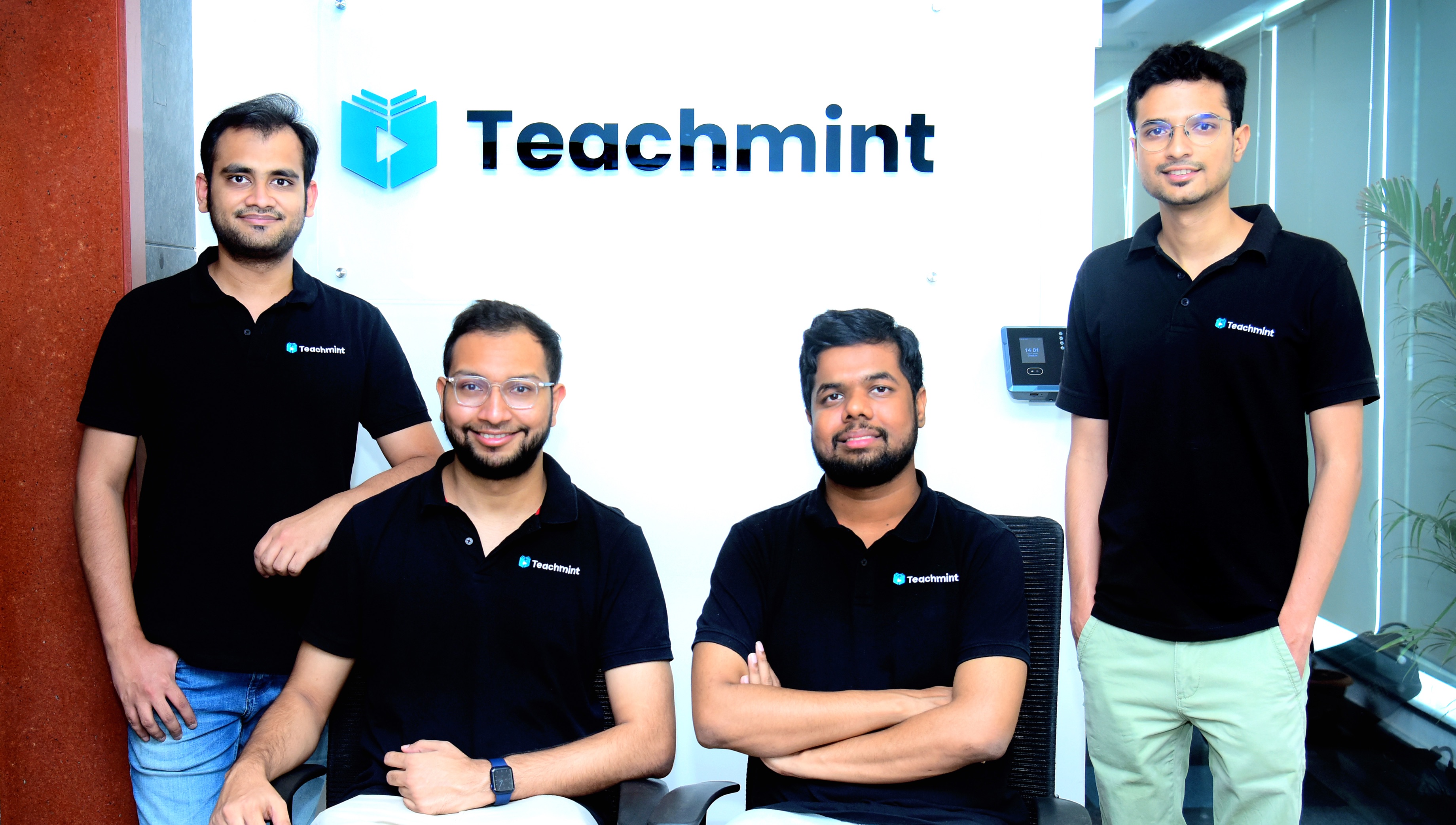 Vinit Sukhija, partner at Learn Capital said that in a span of 12 months, the startup has moved from just an idea to the No 1 ranked education application in the country. He further said that Learn Capital was excited to come into partnership with the startup when it is planning to launch new products and trying to expand itself internationally.

This startup is looking after what a teacher needs which in itself is innovative and the future will tell what new it has to offer. We hope this startup has a bright and a glowing future.

The only character-based app for learning in India ‘Little Singham’: Why is it the best choice for children?

Hey! Let's talk about startups and businesses.
By Gauri
Follow Us
Weather
New Delhi, IN
Mist
28 ℃
33º - 28º
94%
2.57 km/h
33℃
Sun
36℃
Mon
37℃
Tue
36℃
Wed
35℃
Thu
Recent Tech News
Facebook Twitter WhatsApp Telegram Viber
Back to top button
Close
Popular Posts
Most Commented
Recent Comments
We use cookies on our website to give you the most relevant experience by remembering your preferences and repeat visits. By clicking “Accept All”, you consent to the use of ALL the cookies. However, you may visit "Cookie Settings" to provide a controlled consent.
Cookie SettingsAccept All
Manage consent