Working remotely has been a perk that was extended to many employees from the IT sector even before the outbreak of the Covid -19 pandemics.
This perk, though, came to become a reality for millions around the world as the pandemic led lockdown compelled people to work remotely from the comfort of their homes ( for many not so much, who longed for an office setup); nevertheless, remote working became the ‘new’ norm.

But Goldman Sachs CEO David Solomon has clearly outlined that this ‘new normal’ mode of working is not welcome at Goldman Sachs.
He has outrightly rejected remote working and labeled it as an “aberration” instead. However, he admitted that throughout 2020 the investment bank had operated with “less than 10% of our people” in the office.
Solomon’s eagerness and support for work to return to normalcy said that he would like for offices to fill up again and work full capacity as before the pandemic outbreak; this desire was expressed at a Credit Suisse Group AG conference.

His exact words – “It’s an aberration that we are going to correct as quickly as possible.”
To give this desire, momentum Solomon has been one of the more vocal business leaders that have been pushing the government officials to move faster in making changes needed to bring employees back to work and has urged the govt officials to use the private-sector support to hasten the process.

However, his desire has not found much grounding as they are those in the leadership positions and many other firms who have suggested that working from home could become permanent.
Solomon’s reason for the same is as he mentions that this new work mode did not suit the culture at Goldman Sachs!

For an innovative business, collaborative apprenticeship culture, remote working is not an ideal option and further clarified that it’s not a new normal. And that he would like to correct the aberration as soon as possible.
Justifying his views, he mentions that he is apprehensive about an incoming “class” of 3,000 new recruits, who would miss out on the “direct mentorship” they need.

Although he did mention that the Covid -19 pandemic had indeed helped in adopting digital technologies and pushed to create ways for the investment bank to run more efficiently, he also said that he did not think that this would lead to huge changes over the longer term.
But perhaps he may have to change this viewpoint as Covid -19 variants are now complicating the already grim scenario with many countries in the world battling the original strain and the mutations that have come to affect the population.

Covid -19 and the Wall Street
Wall Street, which is a business hub (the center of Manhattan Financial District), has probably, for the first time in its history, witnessed near–empty status.

This financial hub that boasts of some of the most prominent brands saw emptied skyscrapers last year but was preparing for a comeback this year, only to be stopped. The efforts go waste as a new wave of Coronavirus hit quickly, taking fresh cases up.

Some have gone as far as to blame it on the botched rollout of the Covid -19 vaccination that they say has delayed a return to pre – covid normalcy.
However, a botched rollout of vaccine or not – it is likely that Wall Street may not see things coming back to normal as yet as newer strains of the virus are being detected from all over the world. 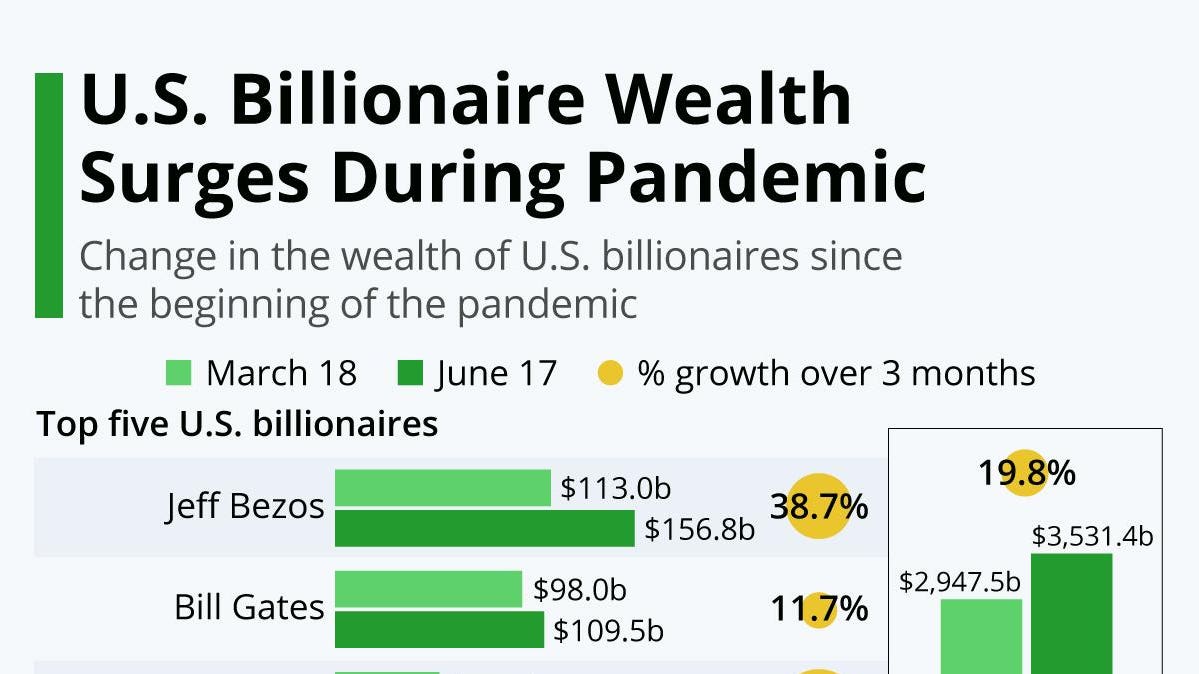 What happened on Wall Street?
Covid -19 pandemic destroyed the lives and savings and inflicted heavy casualty onto small business firms worldwide by the millions. However, it wasn’t the case for a few lucky ones who still came out on top and avoided the financial washout.

In fact, United States gained 56 new billionaires between mid–March to Dec, bringing the total number of billionaires to 659; the wealth held by this small group of Americans jumped by more than $1 trillion in the months since the pandemic began.

This is a clear indication of how the Covid -19 pandemic led to a bifurcated economy; it is a stunning snapshot of how the pandemic made the poor poorer and the rich richer.
One of the reasons that made billionaire wealth concentration higher for a few was the unprecedented monetary policy response to stabilize financial markets in the early days of the pandemic, which had led to the stock market’s gravity-defying rise.

Further, when panic was abounding in Wall Street, the Federal Reserve had intervened with the promise of low – rates and an open-ended liquidity plug.
Those who had ventured into digital commerce, communication, education, and business activity in technology firms (startups and big companies included) saw an unexpected boost.

The year 2020 also proved to be the best year for 217 companies that went public and raised over $78 billion, which had not been seen since 2004. 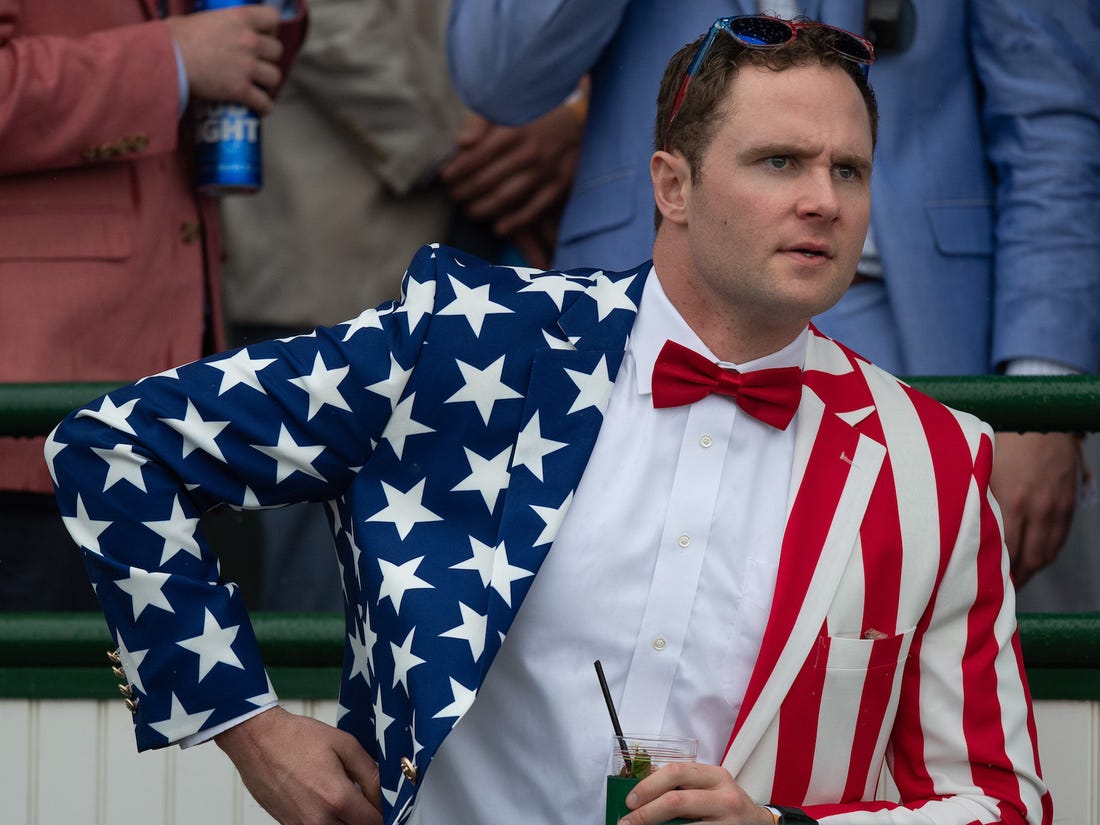 Copycat Mode
The returns on the companies that did go public in 2020 gave the necessary encouragement for a lot of companies to follow suit and to tap the market.

However, experts have also warned that this sudden surge of money in the tech sector is coming at the expense of America’s small business ( probably the case worldwide), which poses the risk of concentrating economic power within a smaller base.

Hence the goal here is limited to profit-booking; ideally, any business with fewer than 500 employees contributes to nearly two–thirds of the nations’ jobs and has, because of the Covid -19 pandemics, struggled to fund their ongoing operations in a way that the larger corporations have not experienced.

A clear bifurcation can be seen between large multinational corporations and smaller businesses that had shut down temporarily but now giving way to permanent shutdowns. Hence the corporate inequality that has been present has only grown that much worse in and during the Covid -19 pandemics.

By naveenika
Follow Us
Weather
New Delhi, IN
Mist
29 ℃
32º - 29º
89%
1.54 km/h
32℃
Wed
34℃
Thu
35℃
Fri
35℃
Sat
35℃
Sun
Recent Tech News
Facebook Twitter WhatsApp Telegram Viber
Back to top button
Close
Popular Posts
Most Commented
Recent Comments
We use cookies on our website to give you the most relevant experience by remembering your preferences and repeat visits. By clicking “Accept All”, you consent to the use of ALL the cookies. However, you may visit "Cookie Settings" to provide a controlled consent.
Cookie SettingsAccept All
Manage consent