HomeStoriesIndian government open to experimenting with Cryptocurrency: FM Sitharaman; but at the...
Stories

Indian government open to experimenting with Cryptocurrency: FM Sitharaman; but at the same time, the govt is set to introduce a Bill in the Parliament to ban companies and individuals from trading in Cryptocurrencies?

In the recent few months, the buzz surrounding cryptocurrencies has only gained momentum, and the Indian government now realizes that this is not just a trend but something that is here to stay.

As the world, including prominent personalities, are rallying behind cryptocurrencies, especially since Elon Musk, Tesla did the endorsement of the same, the future of cryptocurrencies is surely getting brighter as it finds more acceptance in the market.

The Indian government so far had maintained its silence on this magic; however, in the latest, Finance Minister Nirmala Sitharaman acknowledged the buzz and the interest around cryptocurrencies.
She said that the government is keeping windows open for an experiment in the cryptocurrency world, but the government will take a very regulated approach towards it.

The fact that the world is moving very fast with technology and many countries have realized that it would be more prudent to accept the use of cryptocurrencies so much so that several Central Banks are also mulling to introduce their own digital monies.

At the same time, the government is also planning to introduce a Bill in Parliament to ban companies and individuals from trading in cryptocurrencies – so mixed signals then!
However, Sitharaman also mentioned in an interaction with a financial media company that “negotiations and discussions around cryptocurrency are underway with the Reserve Bank of India (RBI).”

She further elaborated that a lot of mixed messages are coming from across the world; since the world is moving fast with technology, we (India) cannot pretend we don’t want to be with technology. We are not closing our minds and are looking at ways in which experimentations can happen in the digital world, including cryptocurrency.

Like all banks worldwide, the RBI also has expressed its concerns over the impact of cryptocurrencies on the financial stability in the economy and has conveyed the same to the Indian government.
The RBI Governor Shaktikanta Das, adding to his concerns about the impact of cryptocurrencies, mentioned that the same has been communicated to the government and is under consideration. Indeed the government will take a call, and if required, the parliament will also consider and decide. 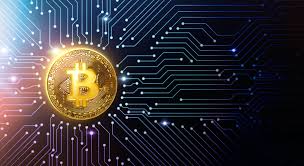 Cryptocurrency Campaign in India
India saw a campaign last month by India’s leading cryptocurrency companies #Indiawantsbitcoin; this was perhaps their way of showing the reach and the acceptance of cryptocurrency in India.
The campaign spotlights the sizeable crypto ecosystem in the country and the financial opportunities it has created for millions of Indian investors.

The campaign was launched by CoinDCX, WazirX, Zebpay, and PocketBits, indeed in the hope that the regulators will acknowledge their concerns while drafting the framework of Cryptocurrency and Regulation of Official Digital Currency Bill.

What has happened so far in India?
Back in 2018, the RBI had banned Indian banks and other regulated entities from supporting cryptocurrency transactions. However, the Supreme Court had overturned the decision last year in response to a petition by cryptocurrency exchanges.

The Indian government may be mulling how to regulate the cryptocurrency craze, but several companies have already started to cash in on this craze, mostly the young workforce that is getting increasingly interested in cryptocurrency.

Hence, some tech-savvy companies are now paying either part of their salaries, bones, or incentives in cryptocurrency.
For the employers, this is a sure way to show the young workforce that they are in tune with this trend; it is also quick and easy transactions for the employers while at the same time the young workforce is excited since it has the potential to appreciate.

So how are these firms doing so?
There are two ways in which these firms are making this possible – one is to register their entities in crypto–friendly nations and then pay their employees in cryptocurrency to avoid any legal or tax hurdles.
The second approach is to record the payment as a rupee transaction in their book but to facilitate the conversion of the rupee into cryptocurrency.

A gateway company executive who facilitates payments for cryptocurrency through banking channels said,” generally we use stable coin/cryptocurrency like Tether (USDt) to pay salaries. Employees can cash them out immediately or hold on to them.”
Tether is pegged to the dollar, and hence a systems engineer with a pay package of $60,000 per annum will get 60,000 USDt.

How are these firms handling the tax and legal aspects?
They say technology finds a way and so have many of these firms to avoid any legal r3epurcussions and tax implications.
The CEO of a cryptocurrency news website said they follow a method wherein they pay salaries in cryptocurrency and draw a salary slip in the rupee. This spares employees with any concerns if their salary slips are in crypto.

Many have registered their companies in a crypto-friendly jurisdiction abroad because of too many legal regulations and a lack of clarification on recognizing cryptocurrency in India. Hence, the companies can pay salaries, bonuses, and incentives, and the employees can spend money in India and around the globe, especially for freelancers hired abroad.

The fact that many in India have already started to dabble and work with cryptocurrency shows that the government is late in recognizing this fact and may not get much support if it decides to be strict on cryptocurrency use.

Where Did The Government’s 9 Billion Rupees For Research And Development Grants For Coronavirus Vaccine Development Go?