Narendra Modi, a politician with a divisive, unlit past, but promising reforms, was the first thought that came across our minds when elected as the Prime minister in 2014.

But later, the PM worked on several reforms, which gave us Indians a hope that India will soon take off to the path of a developed nation. As Prime minister Narendra Modi is reaching his 7th year of being the PM of India, a lot has changed since 2014. The PM’s speech is turning inscrutable every passing day, and he has simply become indolent. In a country where millions of people lost their lives to the deadly virus, PM Modi’s barbaric instinct didn’t even care to address the nation or express his concerns for the deaths of the incapable citizens. He had a bullseye on the Bengal’s seats and continued to travel that path without caring to look at the extermination of the country.

The second was at the peak and the Indians were suffering to arrange ICU beds, oxygen concentrators, and life-saving medicines for their loved ones. The unfortunate ones, who couldn’t save their close ones, not because of their faults, but the system’s faults, were struggling to find woods and spaces in crematoriums to provide them the last rites. Forget about living, even dying peacefully in this country is not easy. 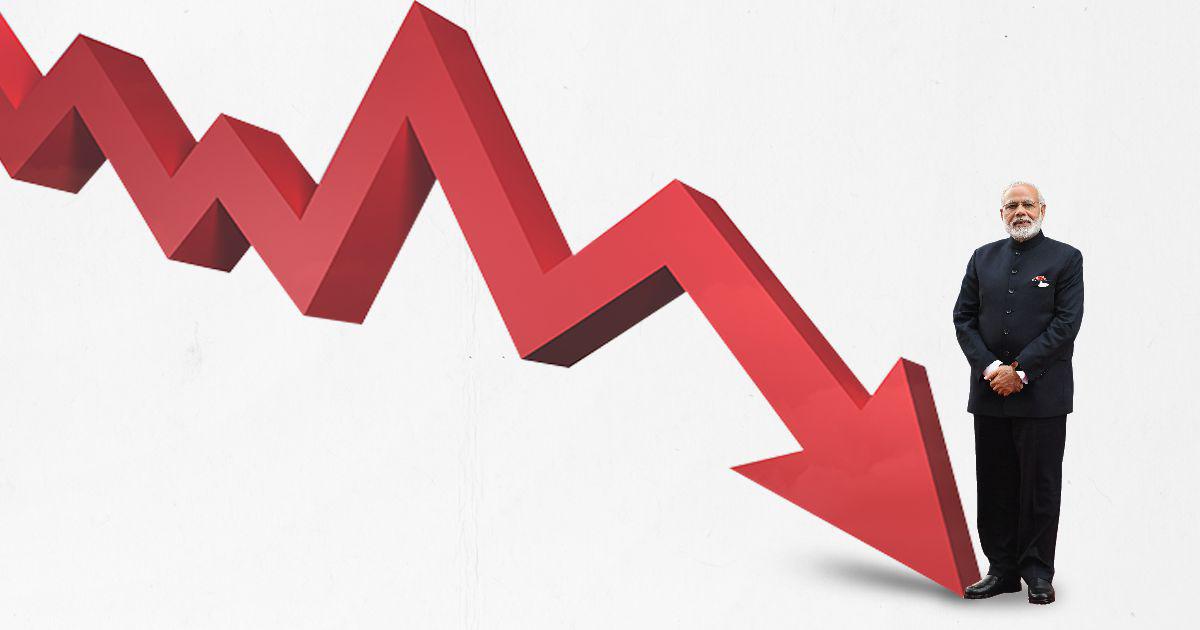 As the PM is responsible for any upbeat outcome in the nation, in the same manner, he is also responsible for any ramifications arising in the country. But everything works one-way for our PM. The citizens voted for the PM for the country’s welfare, and pay their taxes as their responsibility. But does our PM seem to care? No doubt, Modi worked exceptionally well for the country as well. Starting from the infrastructure projects that built several new airports and highways throughout the country.

Then the ‘Swachh Bharat Abhiyan’ which was one of his best projects so far, and helped in disinfecting several villages and small towns in India. Following that delivering LPG cylinders and electricity to needy people, and several other financial schemes for the welfare of economically backward families. But the PM’s duty simply does not end here. He should not simply step down or relax from their duty when such an unprecedented time like the COVID-19 pandemic arises, leaving the citizens to become ‘Atmanirbhar‘ and arrange the amenities by themselves.

Many instances will prove to you that we are not simply putting baseless allegations but revealing the actual data and facts about the PM’s ignorance, which led to the deadliest COVID-19 pandemic in the world!

The beginning of economic dereliction

In 2016, demonetization was implemented which was the first red flag by the Modi government. While the recorded inevitable economic devastation was well documented, subjugation of power was never released. As a financial officer, the Reserve Bank of India (RBI) is the only institution responsible for making financial notes available to the public.

According to the internal account, the printing of new notes for Rs 2,000 and 500 had already started early, but very few people, if any, were able to remove the 86% nearby notes. The RBI approved the decision hours before Modi announced it publicly to give us an idea of ​​the institution’s suitability, but the damage was done. It brought the $2 trillion economy to a standstill, as the RBI was not prepared for such a move. The stakeholders were not provided sufficient time to prepare for the move.

The demonetization policy was an ‘unplanned’ move, and the Indian judiciary like always gave the PM a benefit of the doubt. Millions of citizens were standing in large queues outside ATMs, desperately waiting to dispense cash, while many people who saved their hard-earned money had no option but to discard that money. Nearly 1.5-2% was dipped in the GDP due to the demonetization, as predicted by the ex-PM Manhoman Singh.

Nevertheless, the mainstream media was constantly praising Modi’s perfidious claims like always. Without thinking about the public’s conditions, and doing thorough research about the pros and cons of demonetization, PM Modi implemented it.

Then, comes the introduction of a new tax, GST. The goods and services tax has become a growing pain in everyone’s life since they have to pay an extra amount of taxes for every article they purchase, or every service they avail. As if the burden of income tax was not enough, the GST made the bills long, and pockets short. Several countries across the world have formalized their economies without the introduction of GST.

Without taking the expert’s opinion, constantly destructing the old institutions of India, and the unilateral decision-making has led the country to a path of massive destruction. MNREGA, an expansion of Jan Dhan Yojna, and several other schemes have made the government records go digital so that the unprivileged Indians also access them digitally.

Forget about the COVID-19 pandemic, the third wave of the dip in the Indian economy by Modi led India’s GDP to fall as low as 9% in 2021. After the demonetization, GST introduction came the unanticipated announcement of lockdown which caused a massive downfall in the Indian economy. More than 70 lakh people lost their jobs and became unemployed, several businesses had to shut, the migrant workers left the cities in a jiffy but thousands died on their paths.

The lockdown was implemented without the consultation of the financial experts which caused the MSMEs to suffer the most. The Modi government later tried to conceal their hideous actions behind the mask of a ‘successfully implemented lockdown to protect the citizens’ from the COVID-19 pandemic.

But later, several serological surveys burst their bubble as more than 50% of the people had antibodies in the urban areas. India was lucky in the first wave, but the pernicious second wave destroyed it all! Revitalization of testing and temporary hospitals has helped. However, India was just lucky in the first wave. Other still unknown lifestyle and genetic factors, as well as a small number of people, may have prevented many deaths, but the virus has been circulating extensively, expecting to reverse with deadly mutations.

Modi’s reluctance to announce another national ban during the ongoing second wave is a small acknowledgment of the huge economic costs India has paid for the first, placing India in the worst-performing economy on the G-20. Unfortunately, while the specter of widespread human death is now plaguing India, state after state announces its closure, making it the fourth economic logjam in seven years. 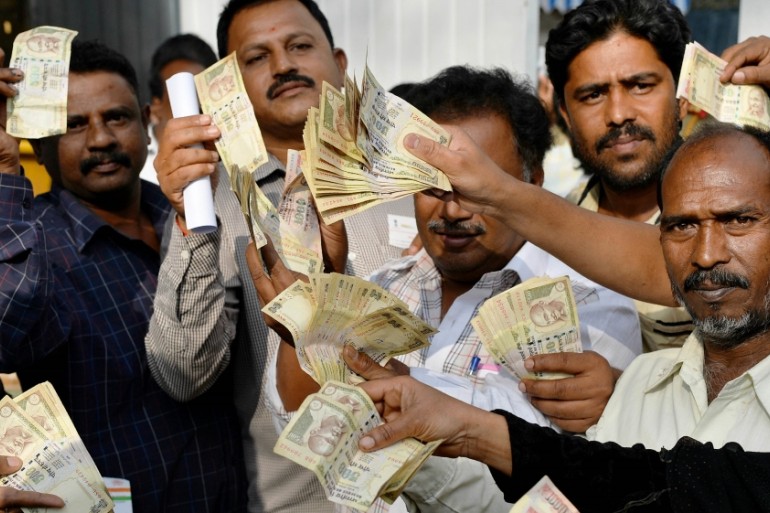 There is a long list of malfunctioning policies by Modi like taxes on angel investors (ironic because our PM is promoting Indian startups to grow), suggesting the banks to invest in startups, constantly changing GST rates erroneous schemes like Atal Innovation Mission to promote startups and entrepreneurship in students, even though the Indian students are suffering as they are not getting the quality education, e-commerce policies, export-import imbalance, etc.

Modi is always ready to show off the Indian business’s success but rarely shares the blames. When the SII of India announced the production of Covishield, PM Modi announced it globally through his tweet. But now when the company is working slow to produce the vaccines, he doesn’t seem to be bothered.

Not even a single tweet or nation address has been done by him to accept his mistakes. Nevertheless, when India exported the vaccines to other nations, several tweets were made for gaining the title of a world leader. The greed for supreme grandeur has become more profound for him.

All this time, Modi has refused to engage in cleaning up inefficient banking systems (NPAs) or selling public companies. The collapse of Yes Bank, IL & FS infrastructure lender, and smaller affiliated banks offer many lost opportunities to deal with NPAs. In 2017, attempts to sell Air India did not find buyers, which led the government to lay down its plans. The government has boldly announced that drastic measures will be taken on both sides, but the second wave of COVID-19 is likely to delay difficult decisions.

Fact Check: Will India Be Able To Vaccinate Its Huge Population By The End Of 2021?